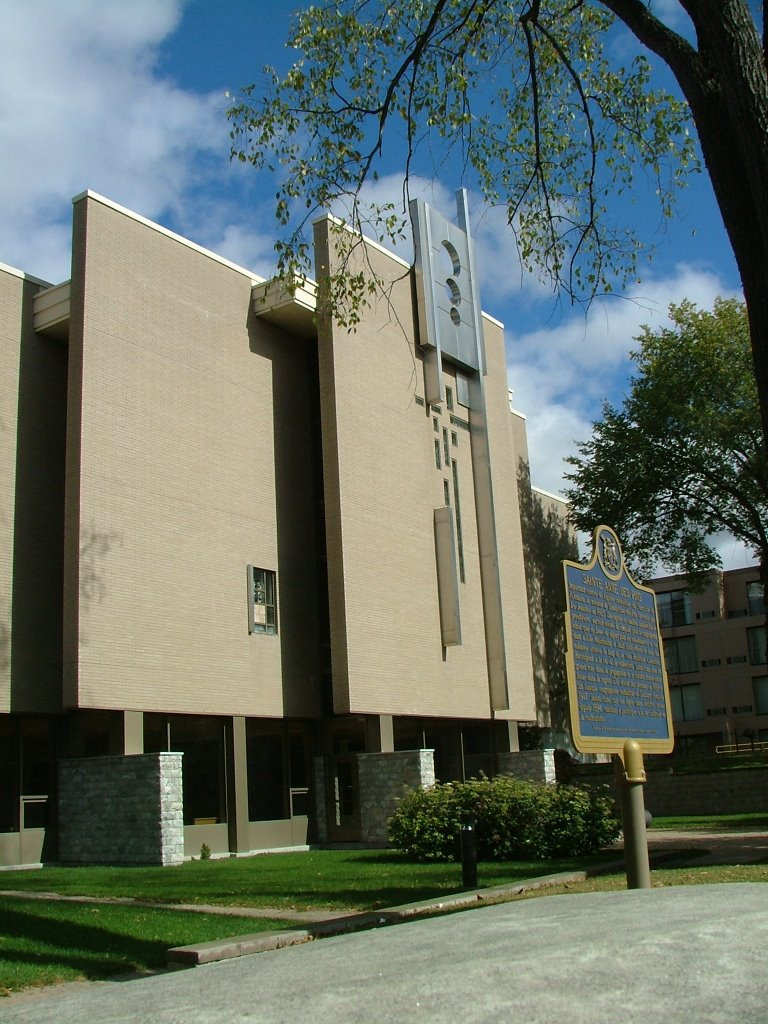 Welcome to the parish of Sainte-Anne-des-Pins. In front of you is our church built in 1996. It is located on the same site as the former place of worship of the same name, built in 1894, which was destroyed by fire in 1990. 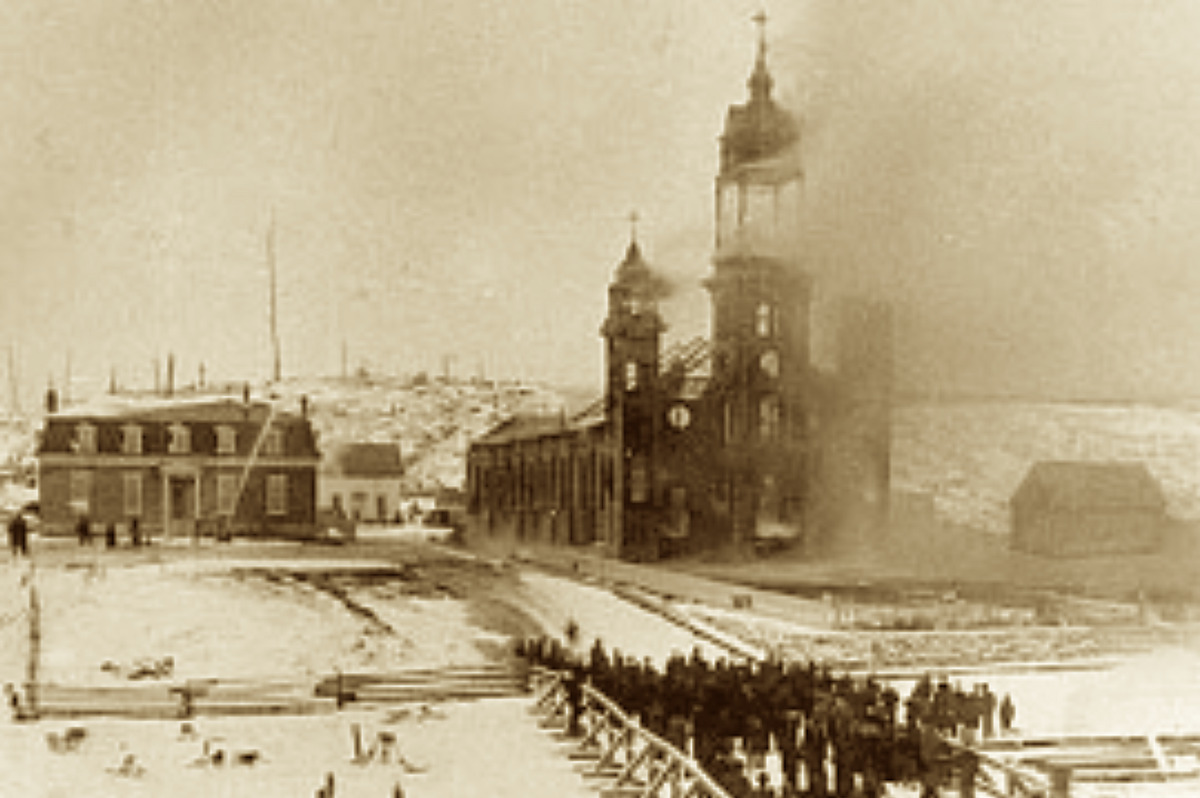 The first of the three churches on this site was also destroyed by fire in March 1894.

In the fall of 1887, the cornerstone of the new church was consecrated during the pastoral visit of Bishop Thomas Joseph Dowling of Peterborough. Construction was completed in two years and the first mass was celebrated in 1889.

Very spacious for the needs of the population, the building was then divided into three parts: the church, the school and a parish hall.

The same year, the parishioners mobilized and succeeded in building a smaller church within a few months on the same site.

Many representatives of various religious denominations participated in the fundraising, construction and inauguration of the new church, testifying to the harmony between citizens of all allegiances. 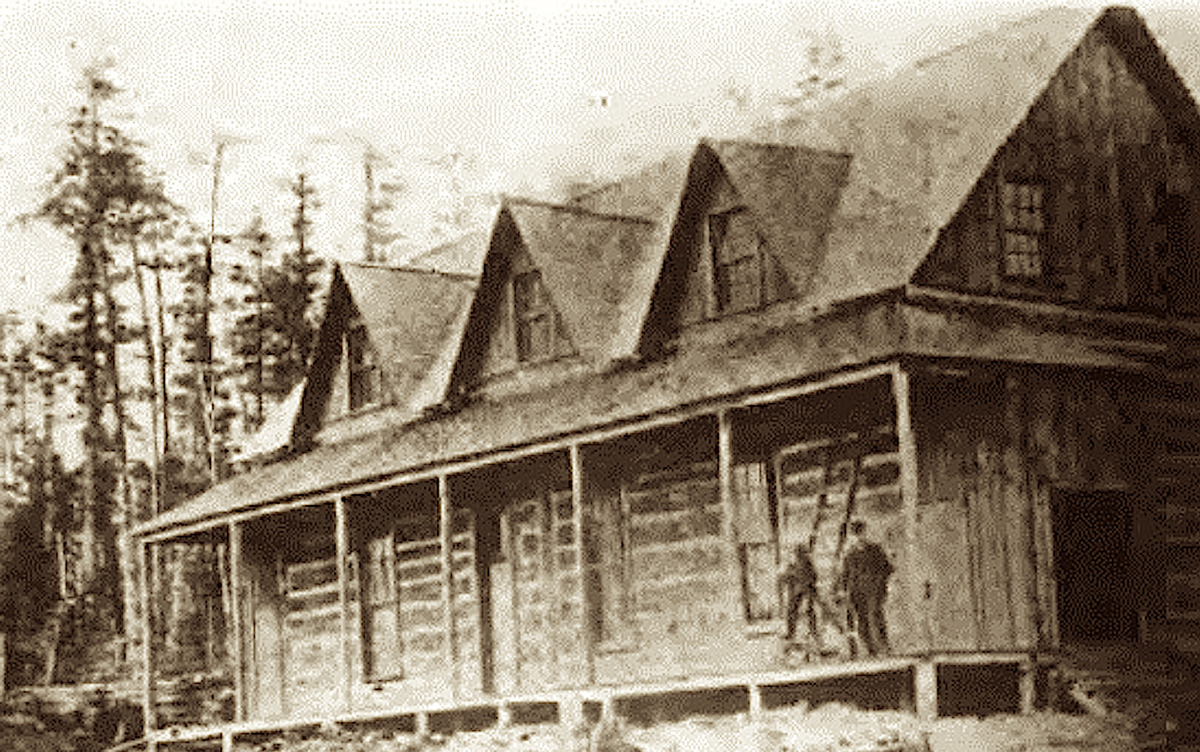 Built in 1883 of two-storey logs, this rectory in the parish of Sainte-Anne-des-Pins is considered to be the first building in Sudbury. It housed the village's first chapel and was the home of the Jesuits. The Jesuits provided pastoral services to the people along the new railroad line. 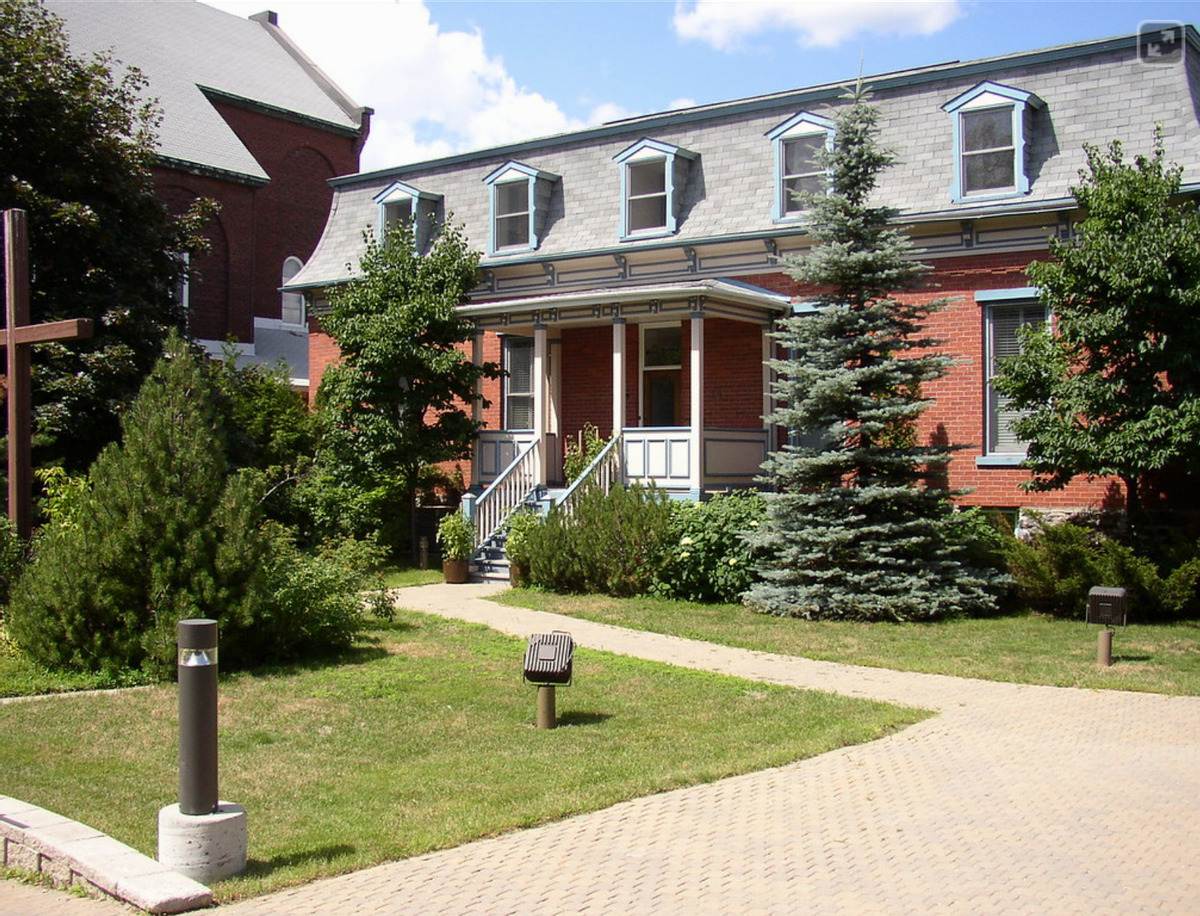 Today, the presbytery of the parish of Sainte-Anne-des-pins is still located behind the church.

A must in the community

You will find the Carrefour francophone on site, at 14 Beach Street. Formerly known as the Centre des jeunes de Sudbury, it was originally located in the basement of the Sainte-Anne-des-Pins parish church. It is the oldest francophone cultural center in Ontario.

The Carrefour francophone has been acting as a community and social organizer of Francophone events for several decades.

In the 1990s, the center became a family-oriented service provider operating before- and after-school care, summer camps and a music school (la Clé de sol). It promotes between 15 and 20 concerts a year under the banner of La Slague. 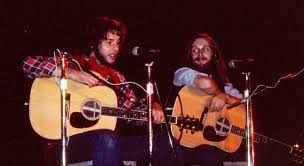 La Slague was founded in 1964 by the Sudbury Youth Centre. It hosted Félix Leclerc, Jean-Pierre Ferland, Cano, Harmonium and dozens of other well-known and lesser-known francophone artists.

La Slague disappeared in the late 90's after many years of success.

Fortunately, La Slague made a comeback in 2006 as part of the Carrefour francophone's programming. This organization is now recognized as one of the best Francophone cultural promoters in Ontario!