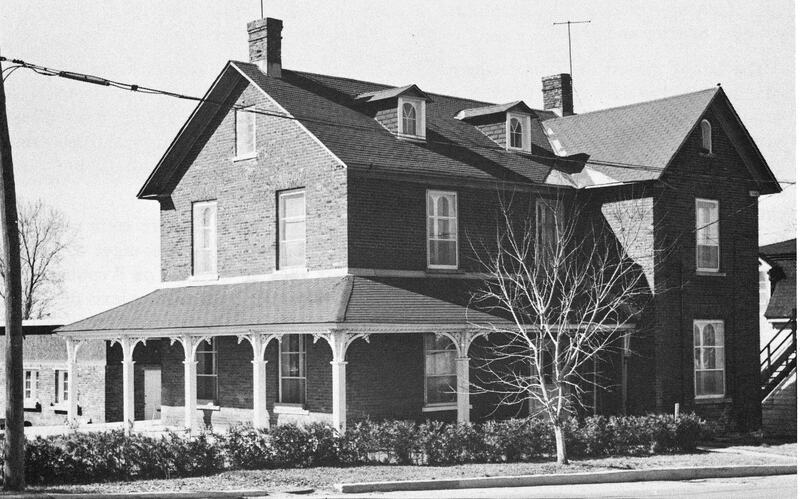 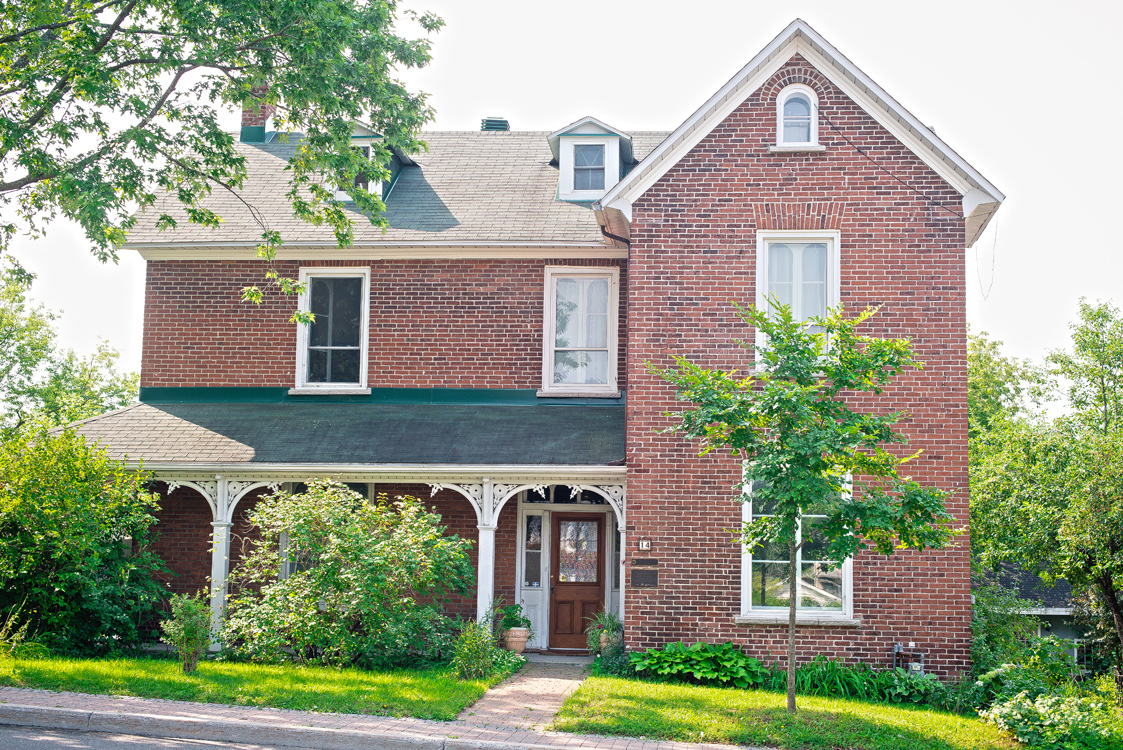 This elegant Queen Anne Victorian style house is a masterpiece given its impressive architecture. It is extremely well insulated. Its outside and inside walls were built using the flat timber technique using one-inch-thick and seven-inch-wide timber planks.

In the second half of the 19th century, the lumber industry was flourishing in the Outaouais area, as evidenced by the many sawmills and the Rajotte-Klock House. Alexis Rajotte arrived in Aylmer in 1856 to open a general store. Later, in 1870, like many others in Aylmer, he became the captain of a steamship, the Monitor. He sold the property to James Klock in 1881, who lived in it until the late 1890s.

This elegant Queen Anne Victorian style house, with its brick siding and ornamental exterior window frames, is a valuable architectural masterpiece on rue Principale. In addition to its esthetic appeal, it should be noted that it was built using the flat timber technique, which involves using countless one inch thick and seven-inch-wide timber planks piled one on top of another up to the roof. This particular technique, which produces a solid thick wall, was used for the building’s exterior and interior walls. To ensure that the plaster adhered to the inside walls, every second plank was slightly recessed in order to form an unequal surface.