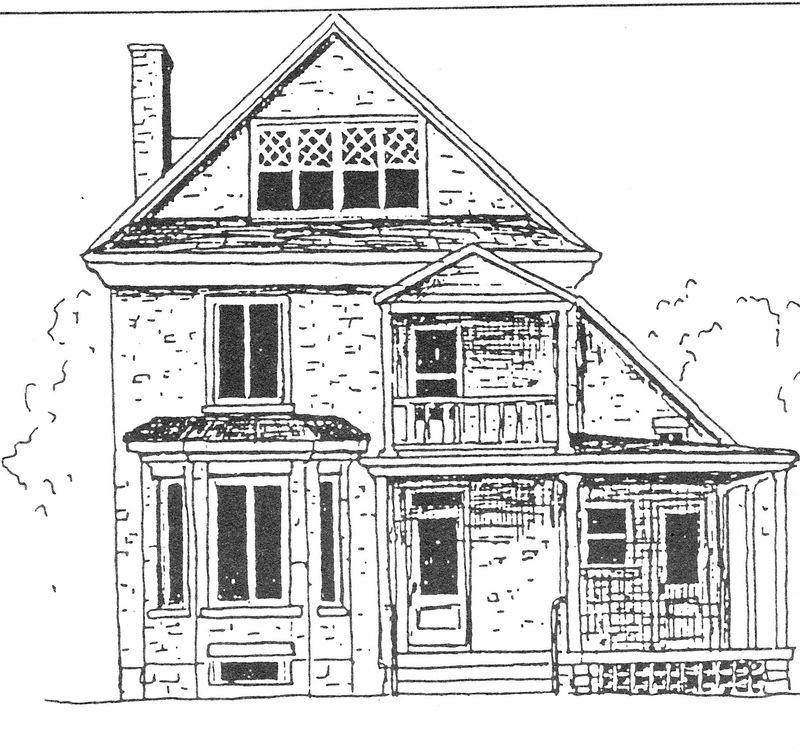 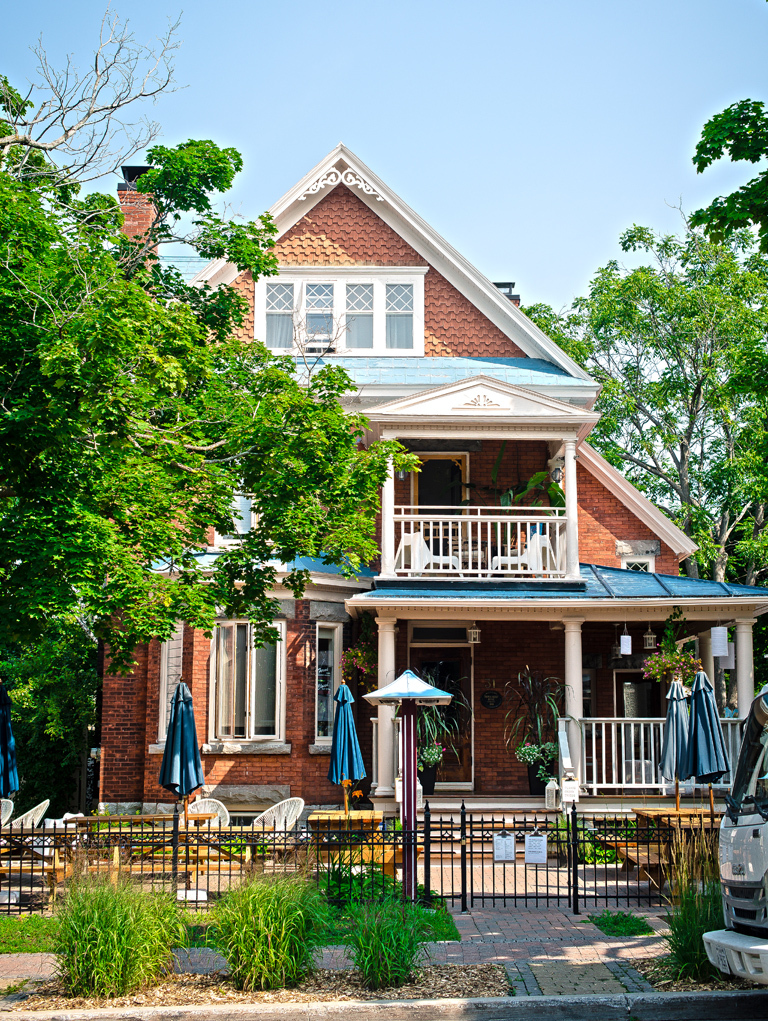 This is one of the oldest houses in Aylmer. It is said to be haunted. We leave it to you to uncover the source of that legend. Nowadays, it is a crêperie.

Some of the oldest houses in Aylmer are the ones that were built for or at least inhabited by surveyors in the 1840s and 1850s. Thomas Reilly was part of this long tradition of surveyors who laid out the roads, villages and regional divisions of the expanding Canadian territory. Reilley was involved in laying out the border between Canada and the United States, including the one between Canada and Alaska.

However, it was not until 1908 that Reilly built this wood frame house. This Queen Anne Revival style building, which stands out in particular for its red brick exterior, also features classical elements, such the Greek temple style balcony. The house remained in the Reilley family, passing from father to mother to son, until the mid 1980s.