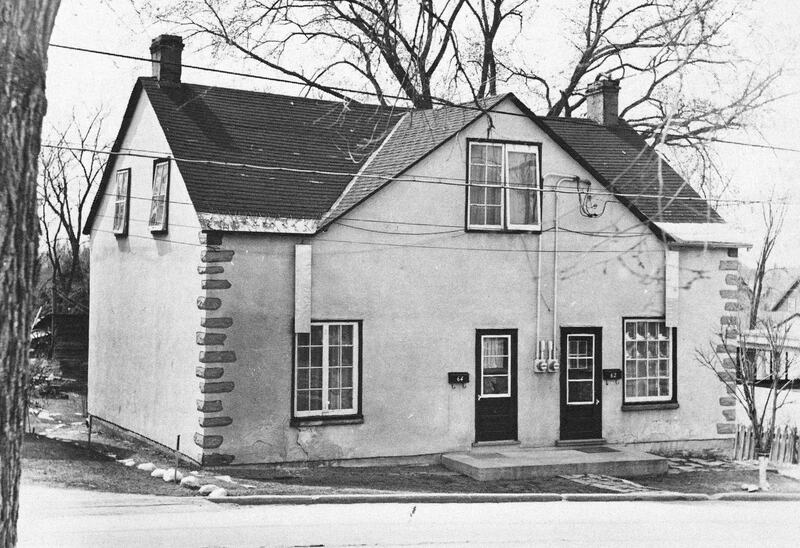 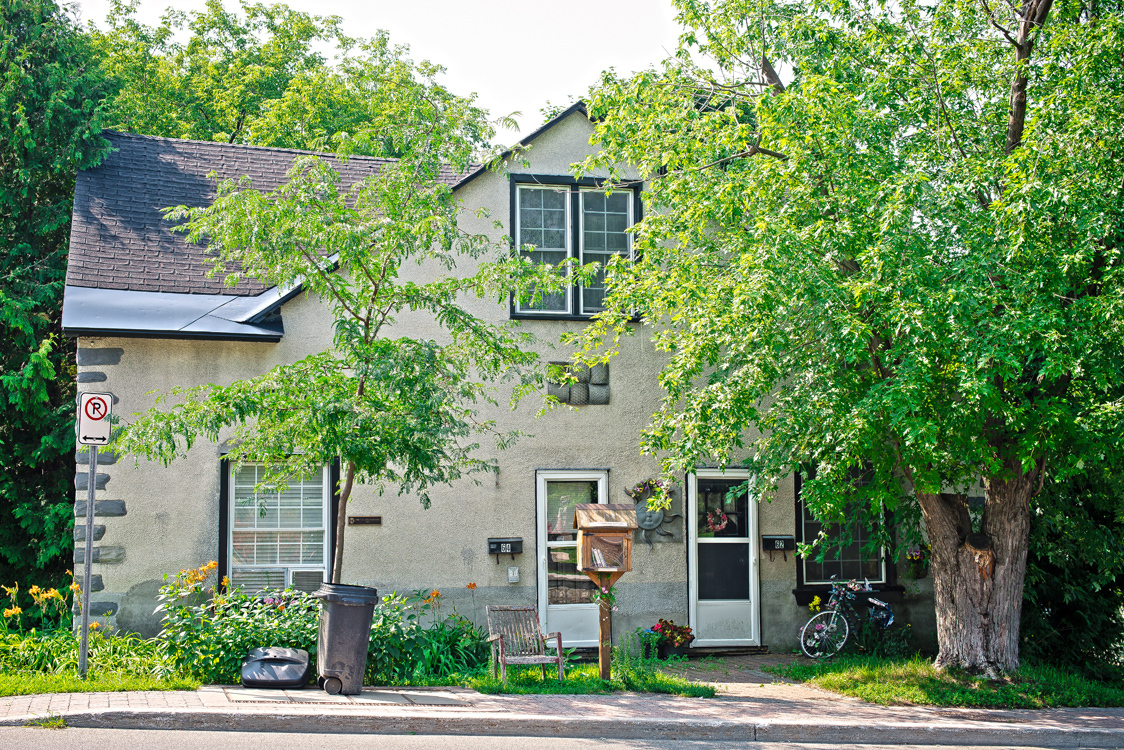 The house built by the Inglis brothers, at 62 and 64 rue Principale, was at one time a general store. 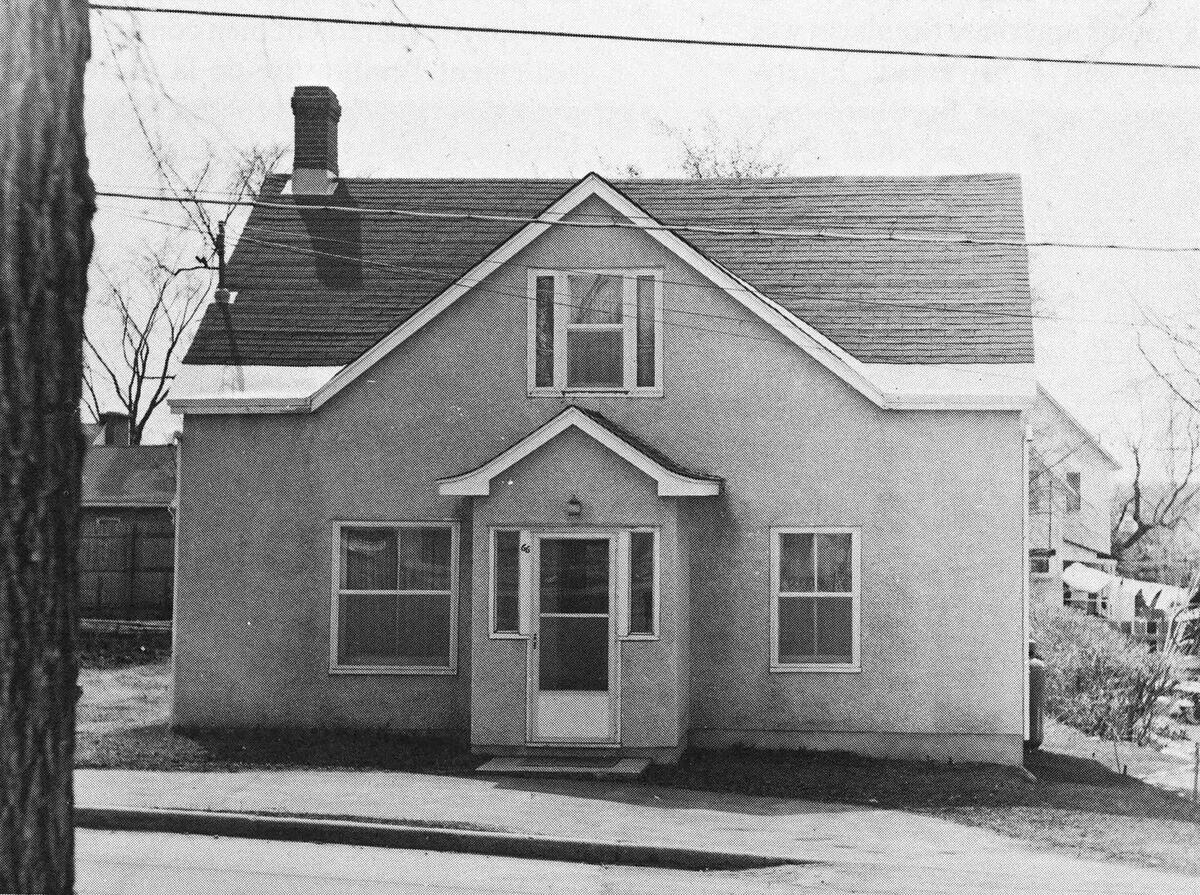 This house was built in 1870 by Ferrier Denault. He sold it in 1882 to Dr. Ruggles Church, who rented it to Thomas Smith, a blacksmith. 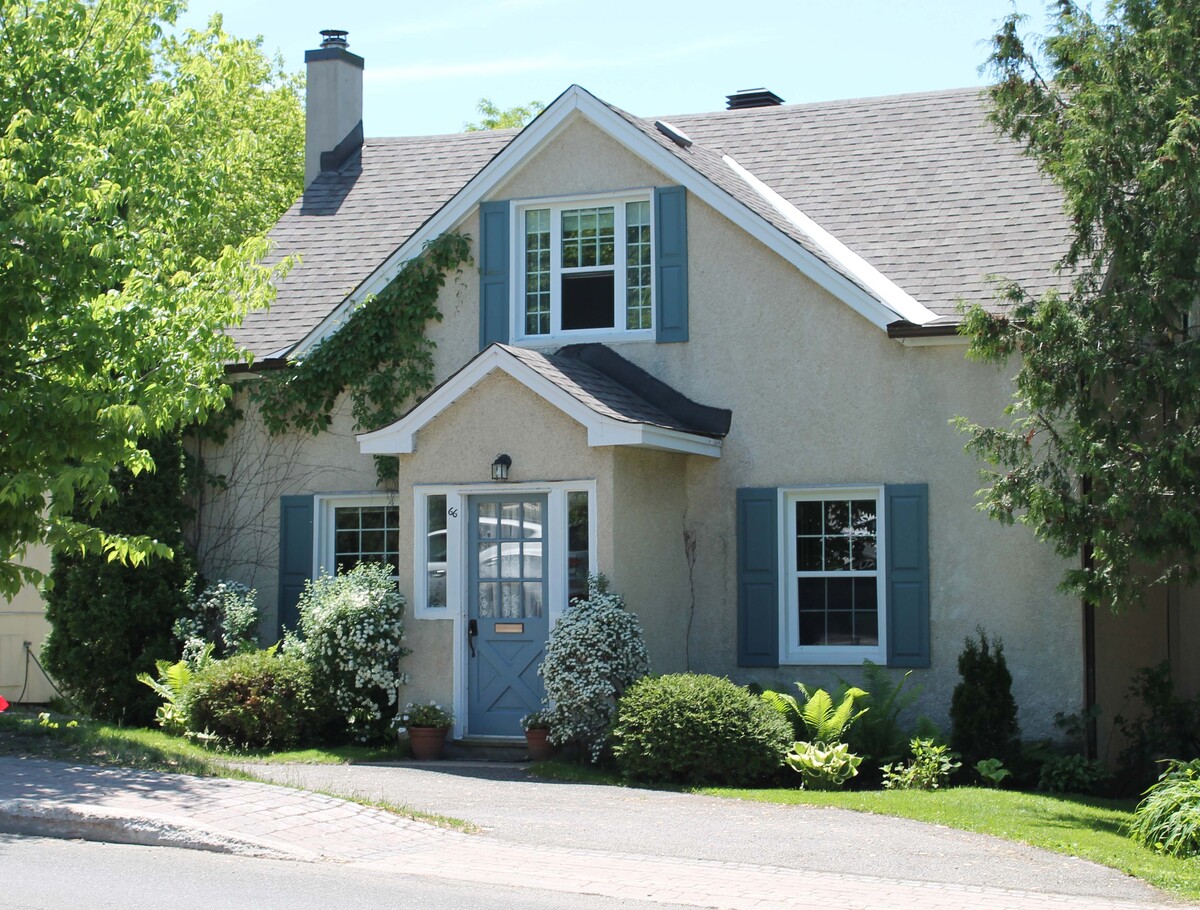 The house built by Ferrier Denault at 66 rue Principale. He never lived in it.

Now stucco clad, the houses at 62, 64 and 66 rue Principale were built of squared timbers around 1870. Even though Aylmer was the most prosperous city in the area at the time, these buildings attest to the life of most Aylmer residents. Whether Anglophone or Francophone, the majority of Aylmer residents were uneducated families who worked hard all day for meager wages. Their houses were made of logs placed directly on the ground and stacked one on top of another.

The house at 62 and 64 rue Principale was built by the Inglis brothers. It is one of the few double log homes of the time. On the right, William Inglis had a bakery, and Hiram Inglis a general store. The rest of the house, that is to say the part above the shop and the part on the left, served as their families’ home.

The house at 66 rue Principale was built by Ferrier Denault, but he never lived in it. For close to 10 years, it was rented to Theodore A. Howard, a pharmacist who had moved to Aylmer from Montréal. Denault then sold it to Dr. Ruggles Church, who rented it out for several years.