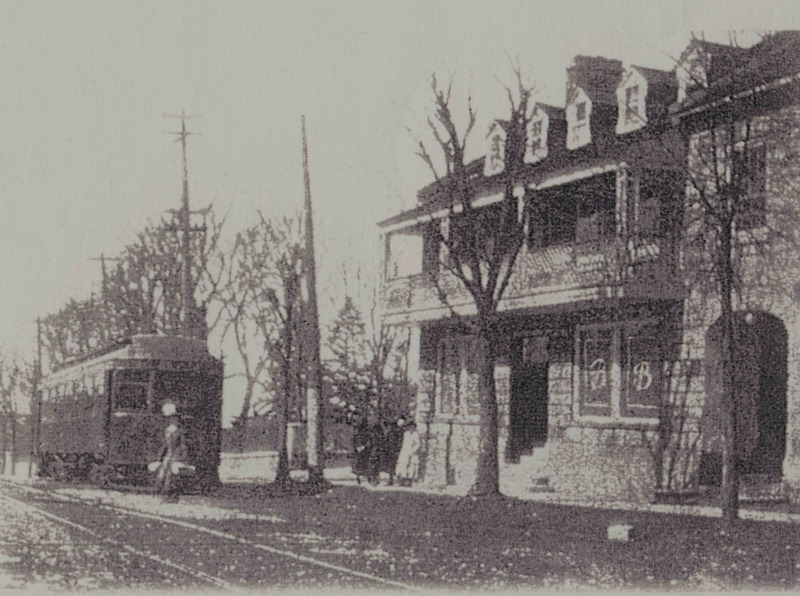 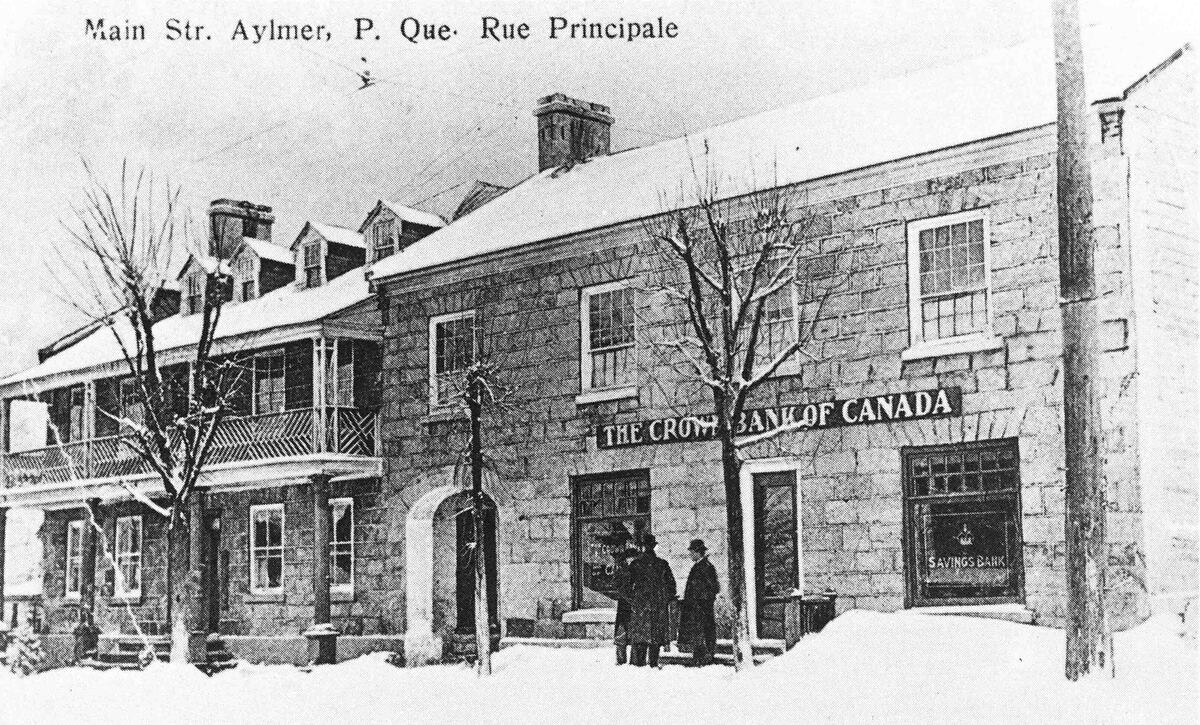 In this photo from the mid-1920s, we see the Crown Bank of Canada on the left. We also see the carriage entrance in the centre. 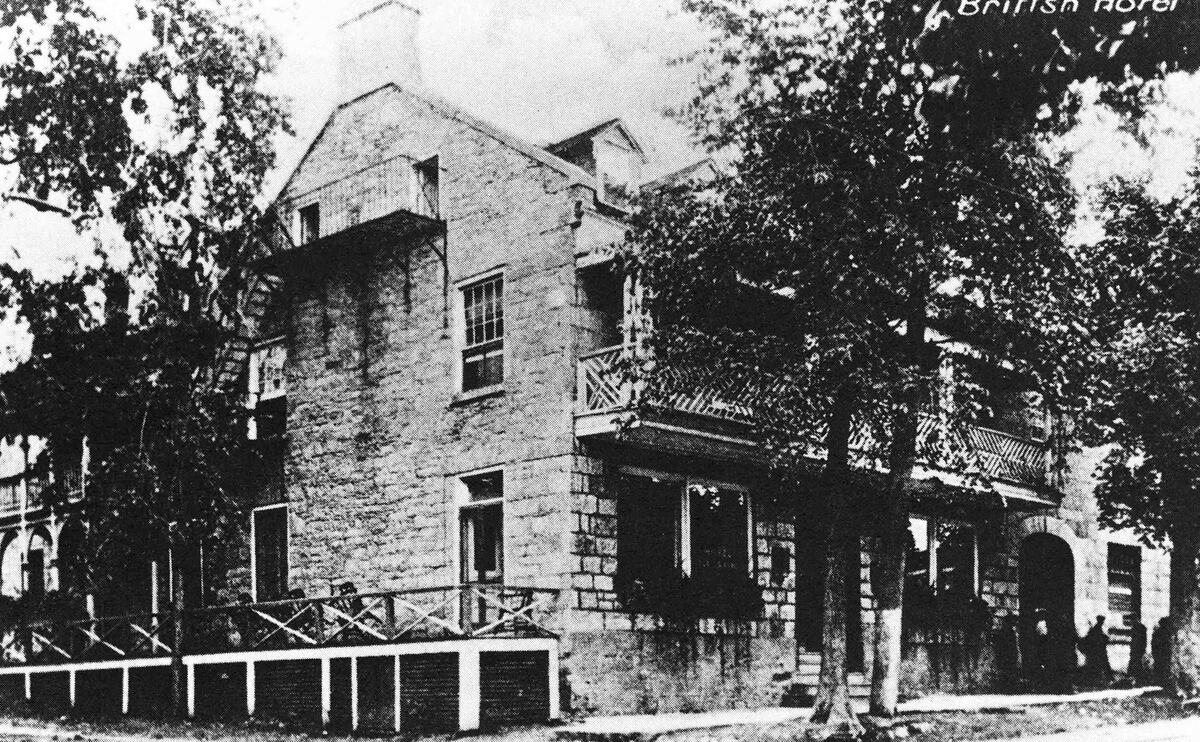 The British Hotel from the side. The balconies already existed at the time. 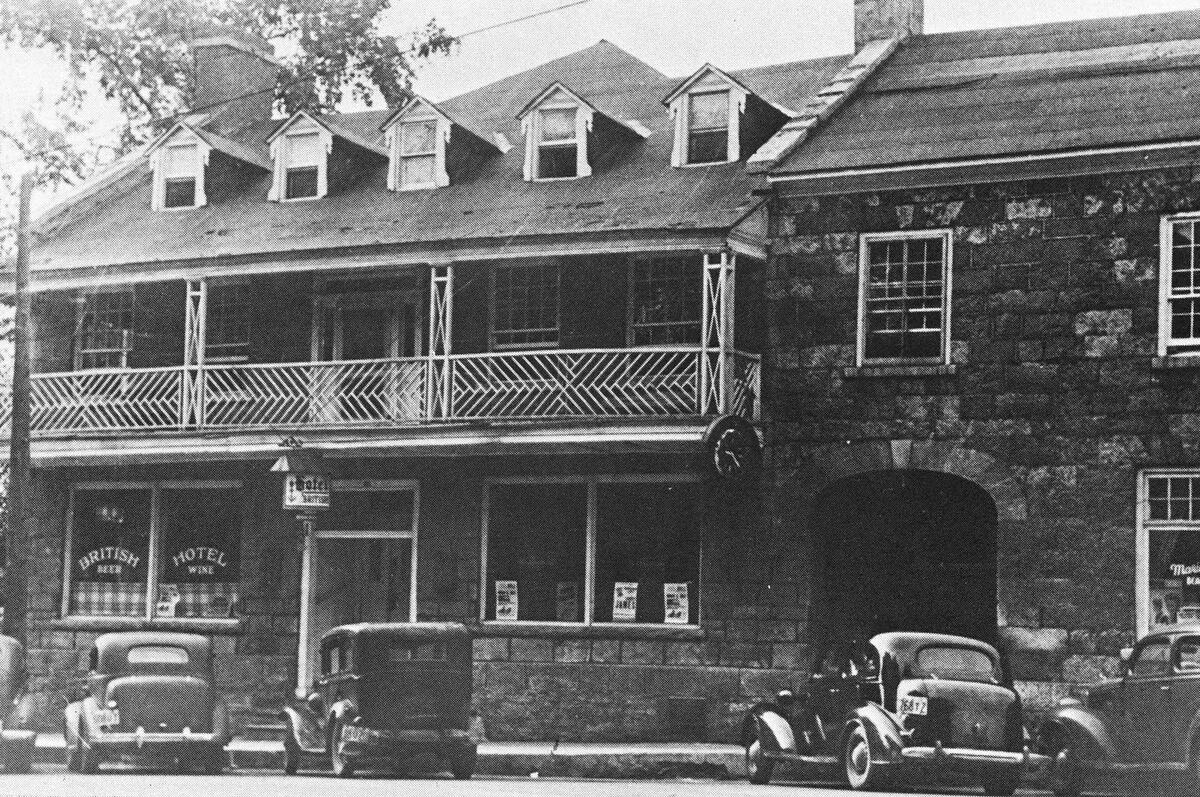 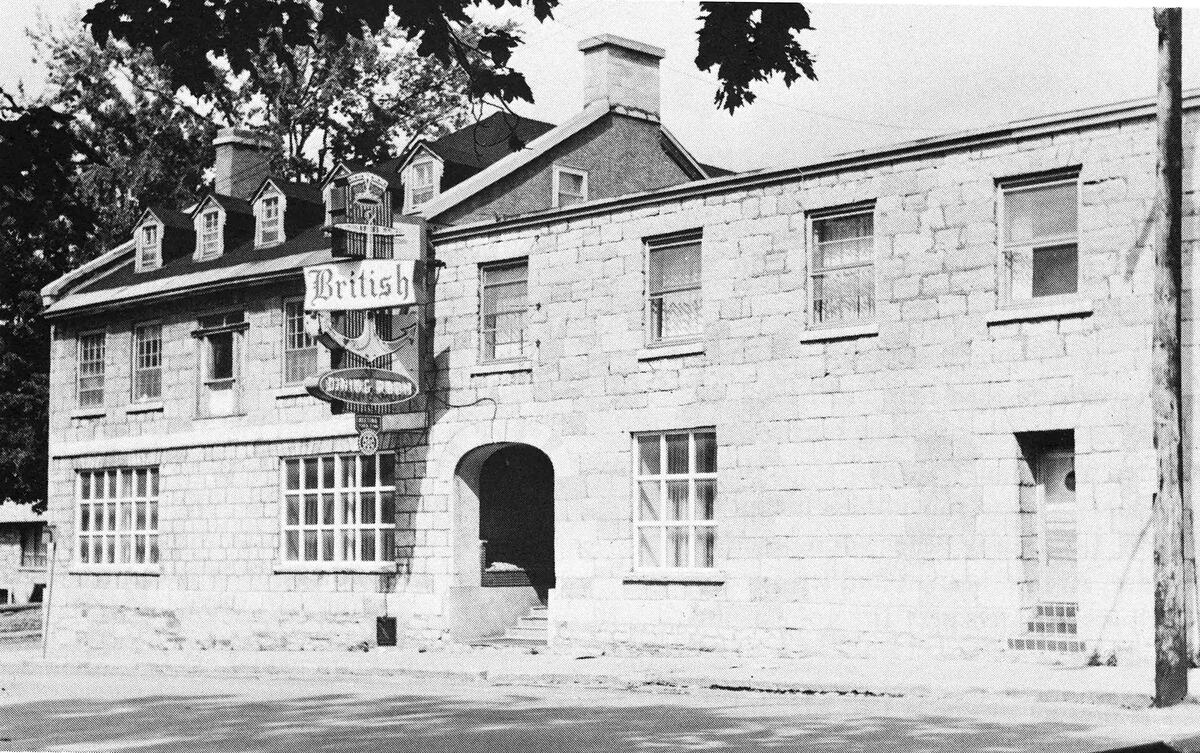 In this photo from the 1960s, we see that the balcony is gone. 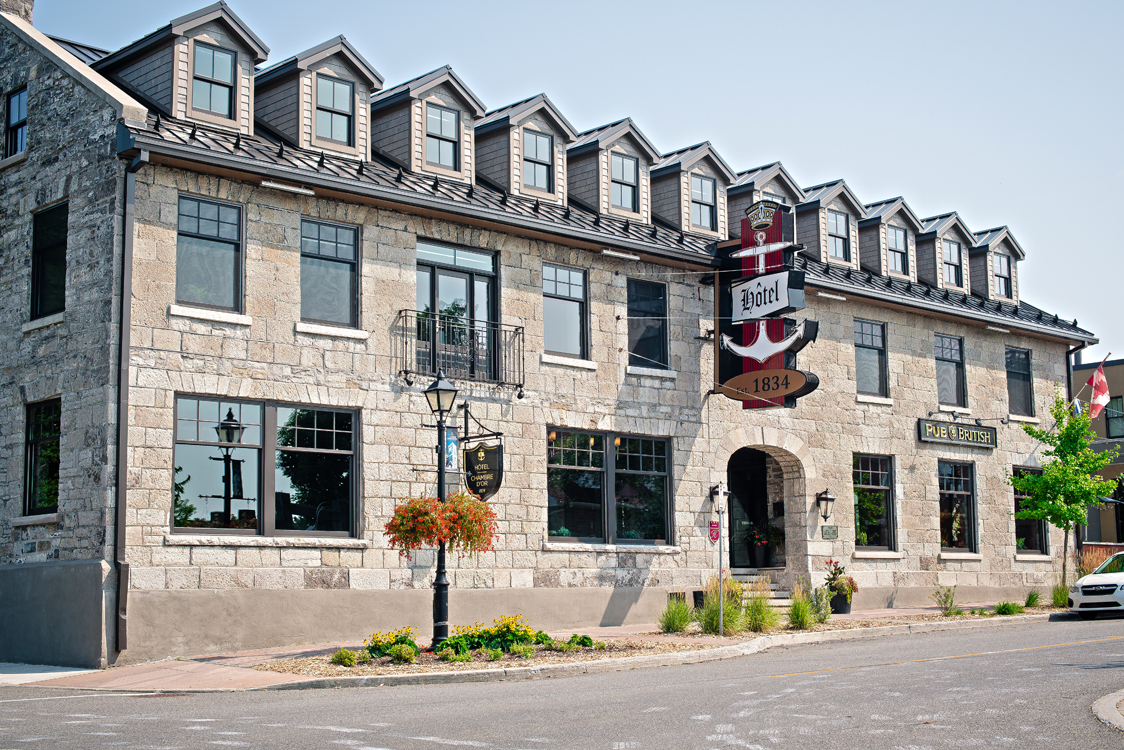 After more than three years of major restorations, the British Hotel is once again providing the same services. The carriage entrance has become the main entrance.

Robert Conroy, an immigrant from Northern Ireland and one of the most energetic entrepreneurs to settle in Aylmer in the 1830s, had this hotel built, originally calling it Conroy’s Inn. According to the Canadian Inventory of Historic Buildings, the construction took place in 1834, although others have dated it to 1838 or 1841. One thing is for sure, according to an ad in the Bytown Gazette, the hotel was fully operational in 1841.

The British Hotel is the oldest hotel that is still in operation west of Montréal. This two-storey Georgian style building is a fine example of stone construction. What set the British apart from others was its four-foot-thick walls designed to protect the guests from the rigours of Canada’s cold winters. Also noteworthy are the many Quebec-style dormers in the roof. The original inn was the west part of the current building. An annex was added in 1850, with its impressive carriage entrance at the centre for carriages and carts.

The British is renowned not only for its exemplary architecture, but also for its central place in the social and political life of Aylmer residents ever since it opened. At the time considered the city’s business hub, it hosted some of the key personalities in Canada’s history, including John A. MacDonald, and bore witness to significant events in Aylmer’s history, such as the first meeting of its Municipal Council in 1847. After the World War II, the British was where everyone gathered for family celebrations and musical performances.