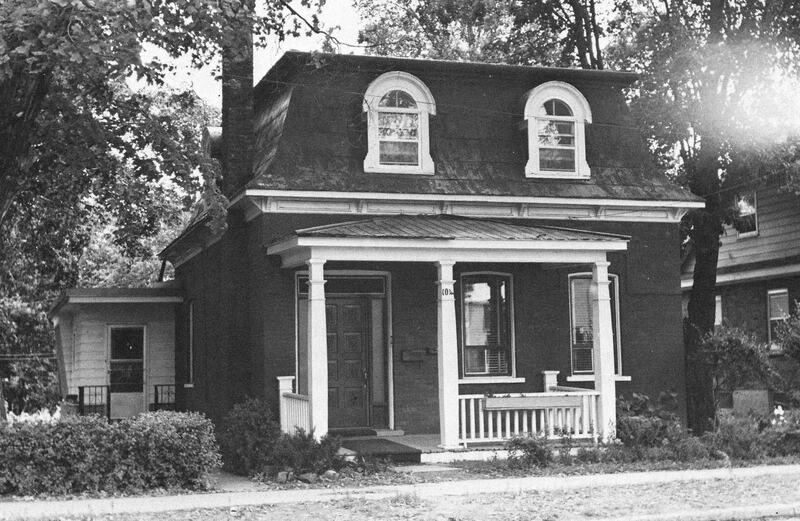 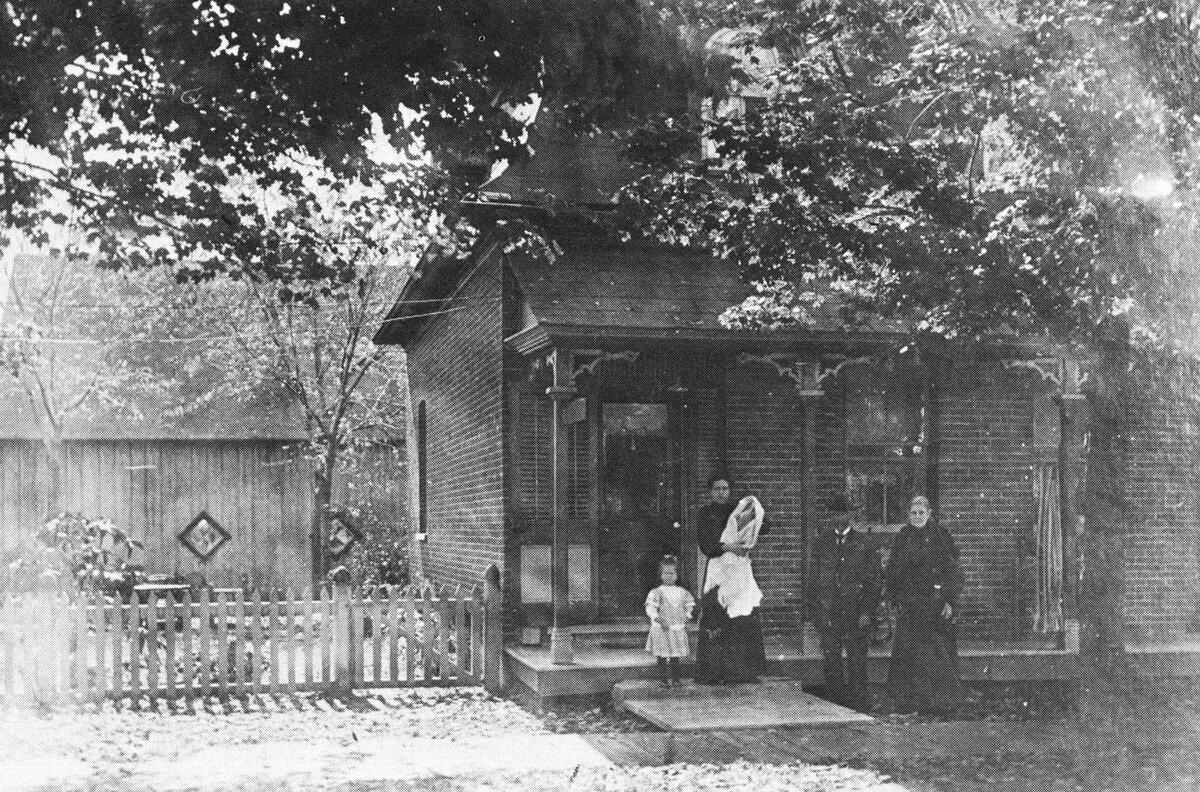 This house, built in 1860 by Raymond Bourque, was sold in 1888 to Thomas Prentiss, a businessman who was also Mayor of Aylmer. He, in turn, sold it to Dr. H. P. Hudson, who moved to Aylmer to practice medicine. In the photo, we see four members of the doctor’s family in front of the old porch. 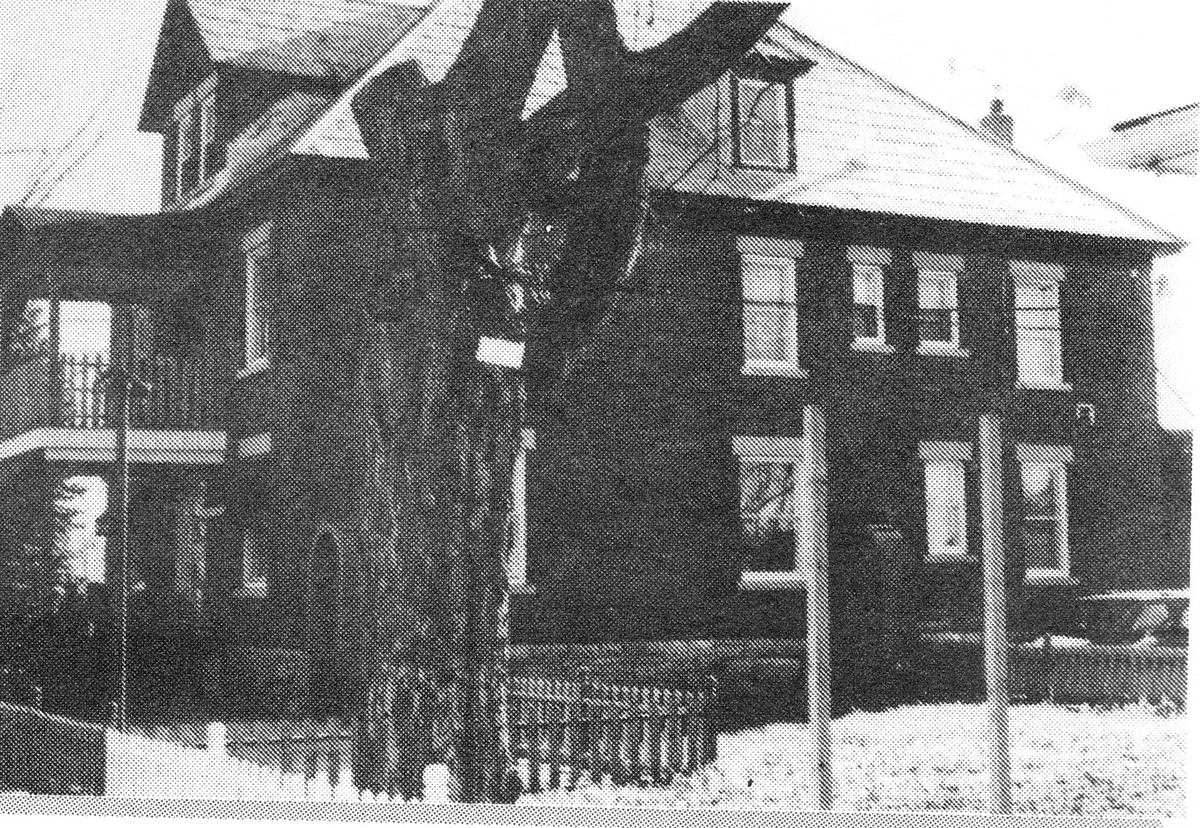 Dr. Hudson later had this imposing brick house built for his family and for his practice. 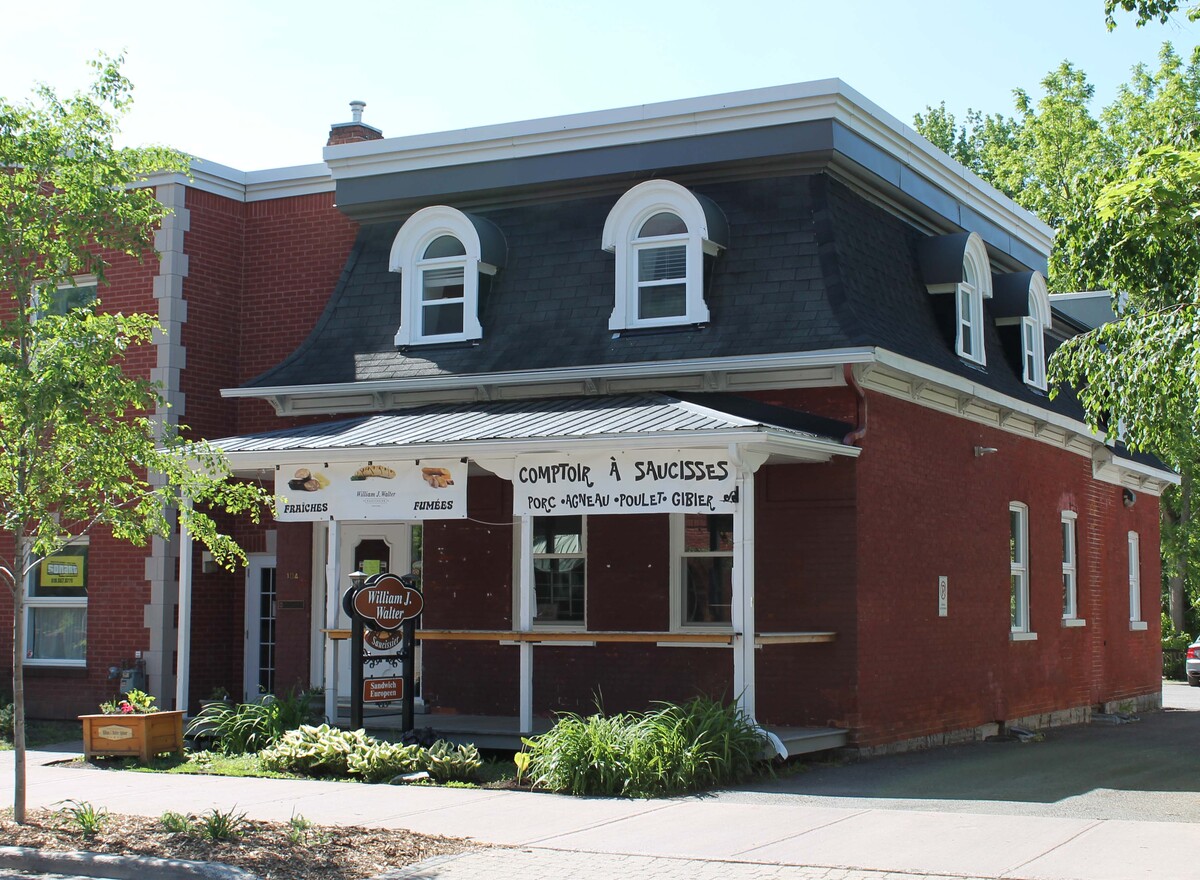 The ground floor at 104 rue Principale has been used by a business for several years. 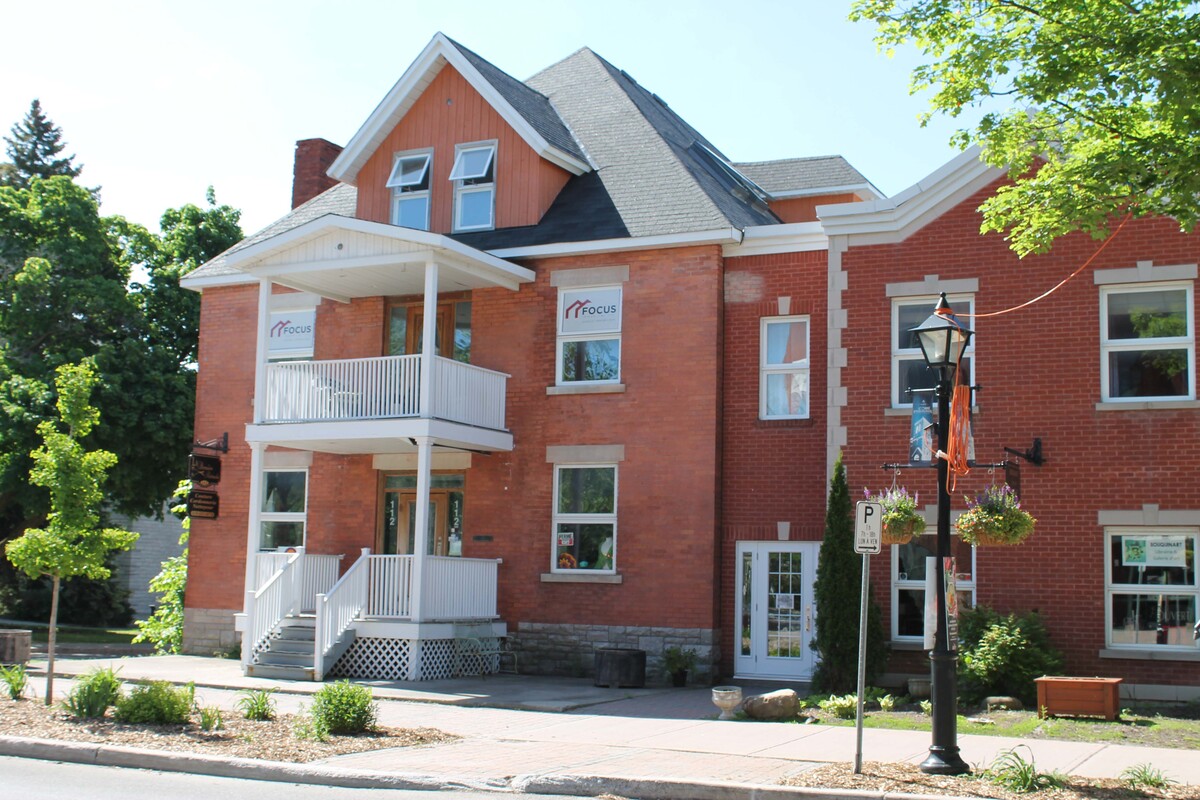 The Bourque-Hudson complex is now a commercial building, with small shops on the main floor and offices on the second floor.

The brick house with a mansard roof at 104 was built around 1860 for Raymond Bourque. Mr. Bourque was a riverboat pilot who had lived in Aylmer for some 20 years. In 1888, Thomas Prentiss bought the house. He had a hardware store, and was the Mayor of Aylmer from 1878 to 1879. In the early 20th century, Dr. Harry Percival Hudson bought the house for his family. At the time, the house had a stable, and a veranda where there is now a portico.

In 1914, Dr. Hudson had a Victorian-style house built at number 112 for his family and clinic. The clinic was at the back of the house. Dr. Hudson had moved to Aylmer from Chelsea, and would practice medicine in his new city for 45 years. There was already a house at the corner of Principale and Park. Dr. Hudson had that house, which had belonged to John Smith, moved to 3 rue Park so that he could build his.

Commonly referred to as the Bourque-Hudson square, this building consists of the Bourque-Prentiss and Dr. Hudson houses. They were joined in 1993 to create a large commercial building. Notice how the two newer units connecting the two heritage homes were designed to preserve the heritage features of the original homes.