The former Court House and Prison 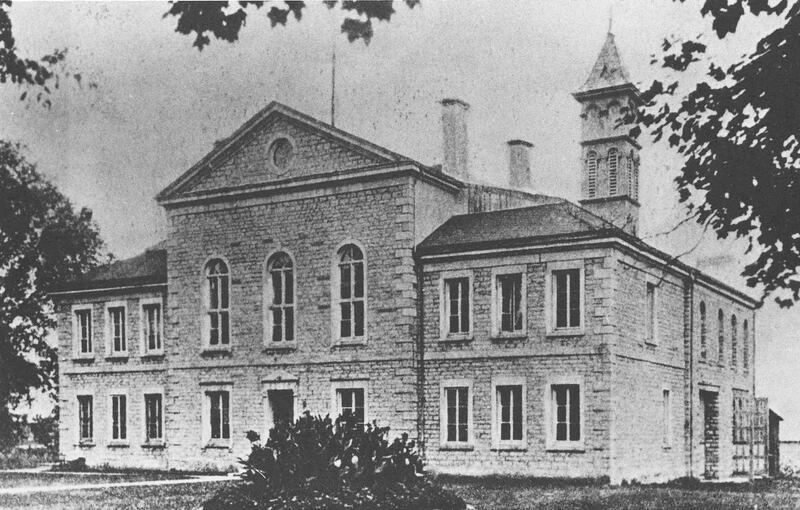 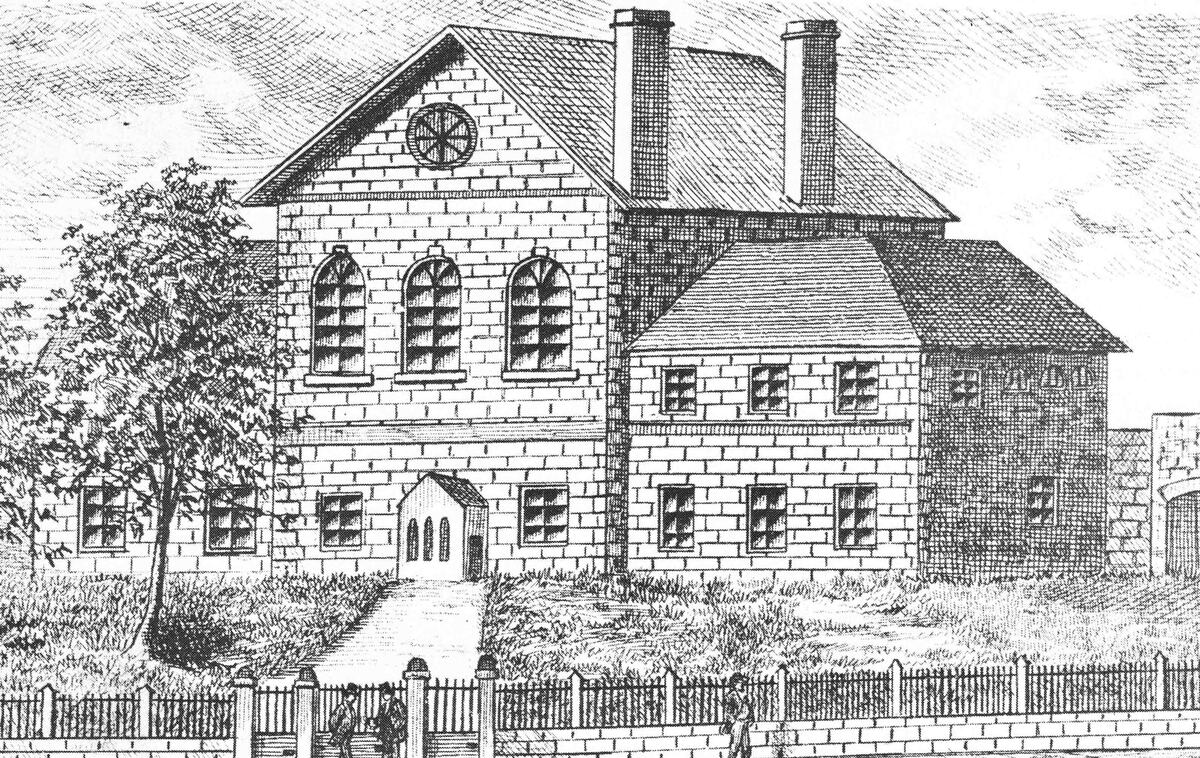 This drawing from Canadian Illustrated News depicts the jail and stone wall around its yard. 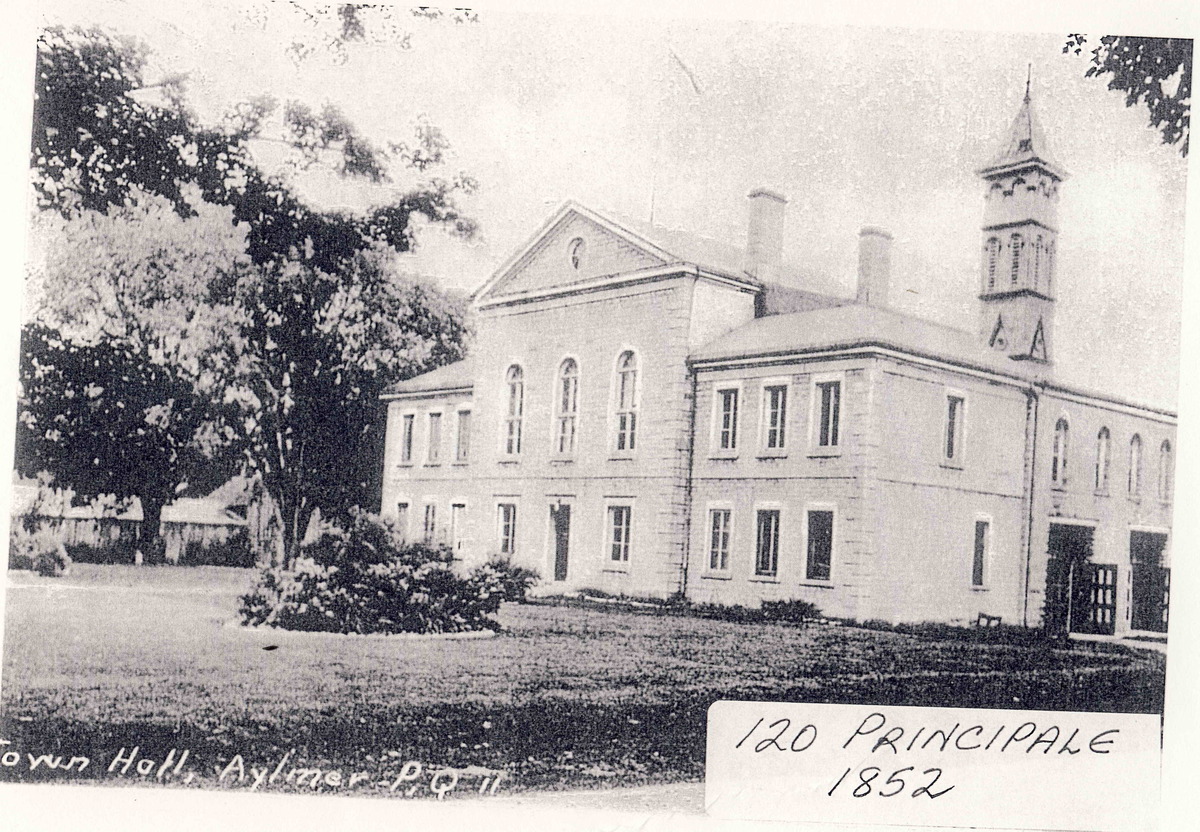 After serving as a courthouse, this building became Aylmer’s city hall and fire station. In the back, you can see the high tower where the hoses were hung to dry. At the side, you can see the doors behind which the vehicles and equipment were stored. 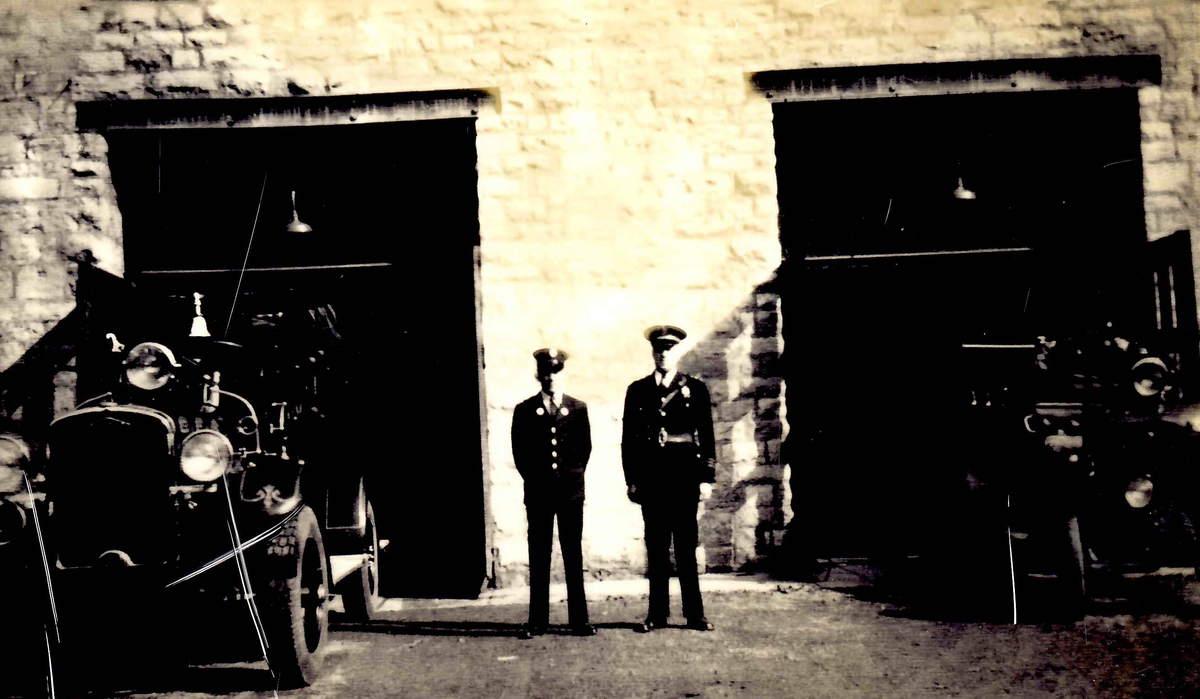 The two doors on the west side of the building were for the fire trucks. Two of Aylmer’s legendary personalities were fire chiefs at different times: Rolland Guertin and Léo Routh. 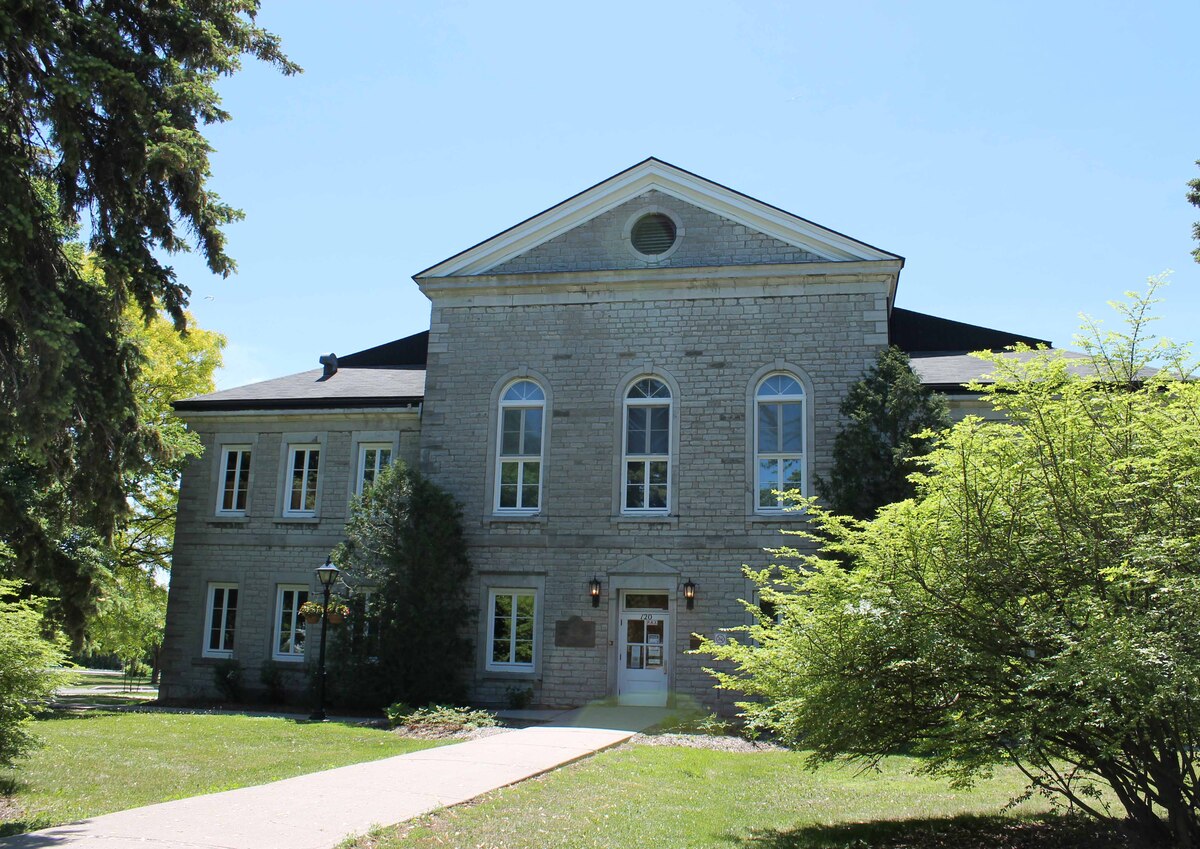 Nowadays, the building houses the Old Aylmer Cultural Centre, with the La Basoche theatre and its art gallery and the Espace Pierre-Debain exhibition hall.

Built in 1852 by the government of the United Province of Canada (at that time located in Quebec) on land donated by Ruggles Wright, this stone building, mentioned in the British North America Act, served as the courthouse for legal disputes, as the Office of the Registrar for the county and as the jail, which regulars call “the hole” because of its dismalness. A 12 foot-high wall surrounded the jail yard. Legend has it that there was even a hanging there once.

This building also attests to the origins of Aylmer’s bilingual and bicultural character. Its construction attracted a different social class of professionals related to the justice system. A good many notaries, attorneys and prosecutors moved in nearby, boosting Aylmer’s economic and social development.

In 1897, the courthouse moved to Hull, and the government donated the building to the City of Aylmer, which turned it into its city hall, and converted the jail into a fire station. In the early 1900s, a stone tower was built at the back to dry the fire hoses. That tower was demolished in 1962. In 1987, the city hall moved to a new building, and this one was converted into a municipal library, and later on into a cultural centre with an art gallery and the La Basoche theatre.

This Classic Revival style building made of dressed stone impresses with its pediment, cornices and the windows on the second floor of the centre section in the Renaissance style.