164 Principale, The church and the rectory 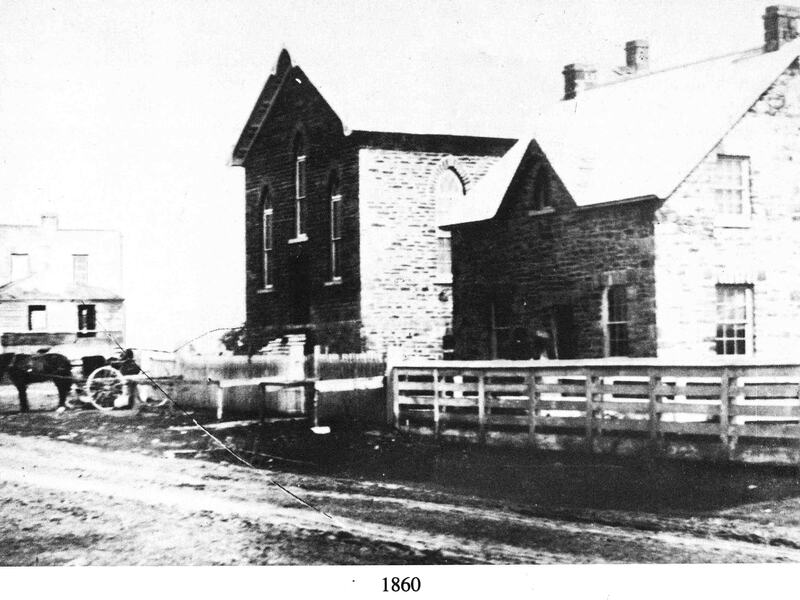 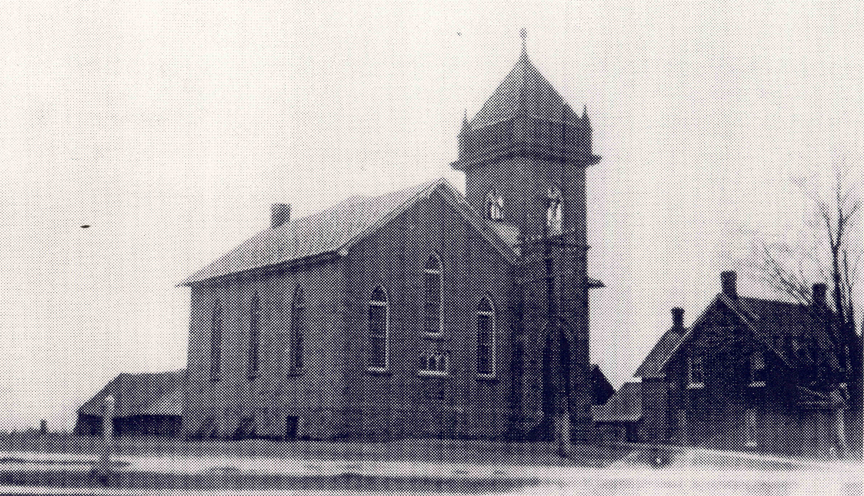 We see the three stained-glass windows at the front of the United Church at the time. The clock tower is topped with a gable. To the right, the brick rectory, built in 1858. 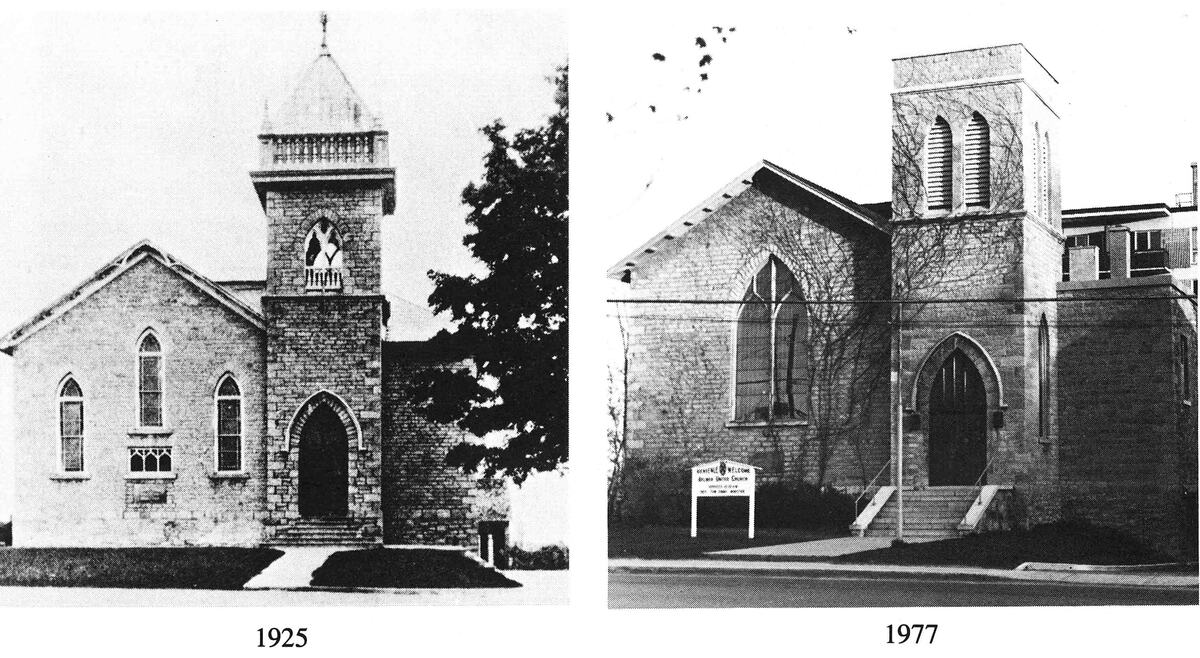 The three stained glass windows at the front were replaced by one large window. The clock tower no longer has its gable, and its upper part now has two windows. 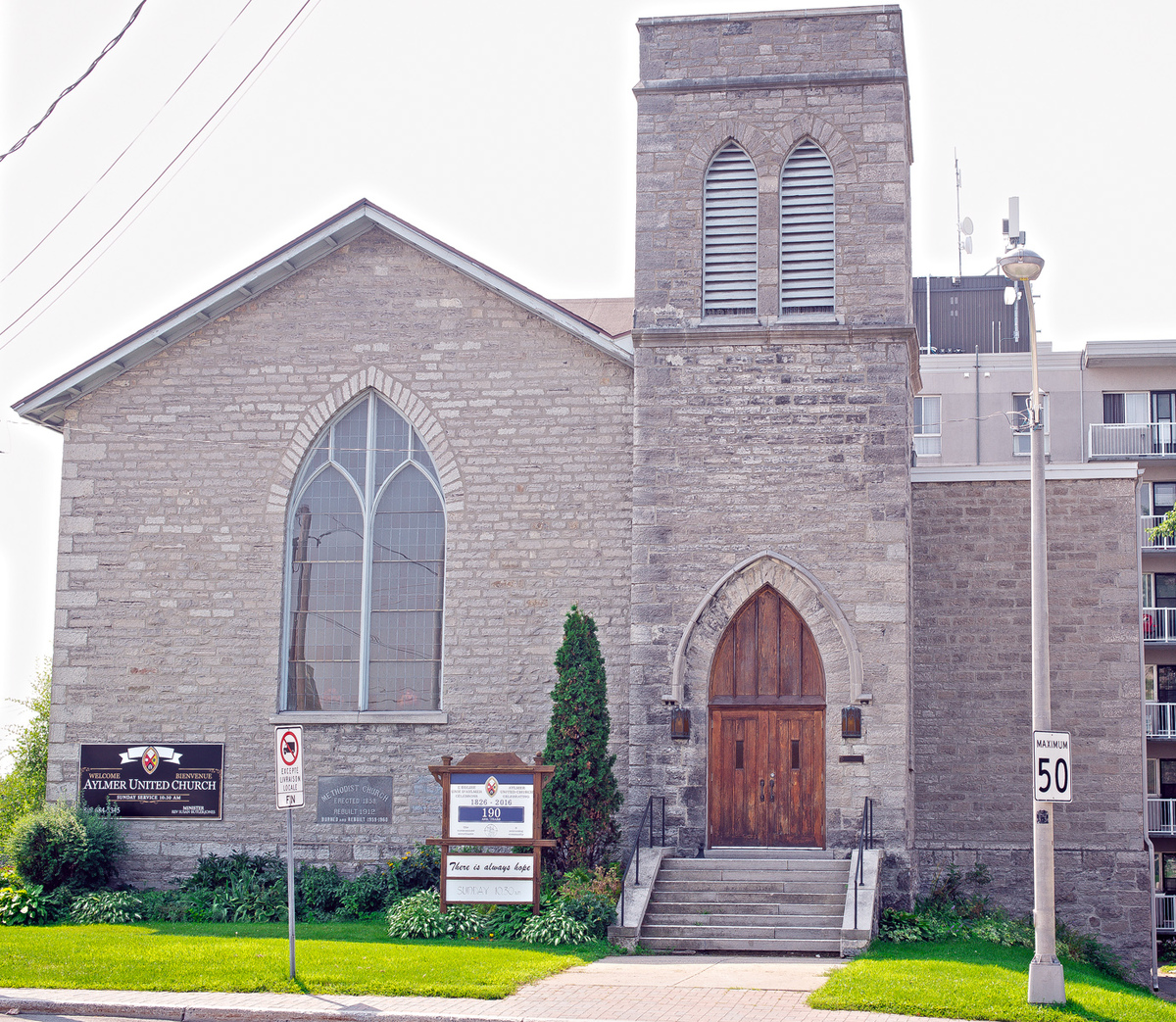 The United Church now marks the entrance to Old Aylmer.

Aylmer’s first Methodist church was built in 1827 on a part of Charles Grimes’ farm, and was located on chemin d’Aylmer (at the time, Britannia Road). The old chapel became a residence, and in 1975 was expropriated. In 1989, Aylmer moved it a little to the east, to its current location at 495 chemin d’Aylmer. Today, it is the home of the Aylmer Heritage Association. This small religious community grew quickly, and some 15 years later it became evident that it would require more space. In 1858, Aylmer’s Methodist parish built a new church at 164 rue Principale, as well as a rectory. Several Protestant denominations were brought together to form the United Church.

This second church was built in the Gothic Revival style out of cut stone and wood. The wall to the east of the church is the only original part of the structure, the rest having been severely damaged in a fire in 1959.

The original rectory was destroyed by the 1880 fire. The new Victorian style brick building was built a few years later, in 1888, as a replacement. Its roof is unique: notice how the dormers on the roof are framed by woodwork.