The Mission of the Immaculate Conception 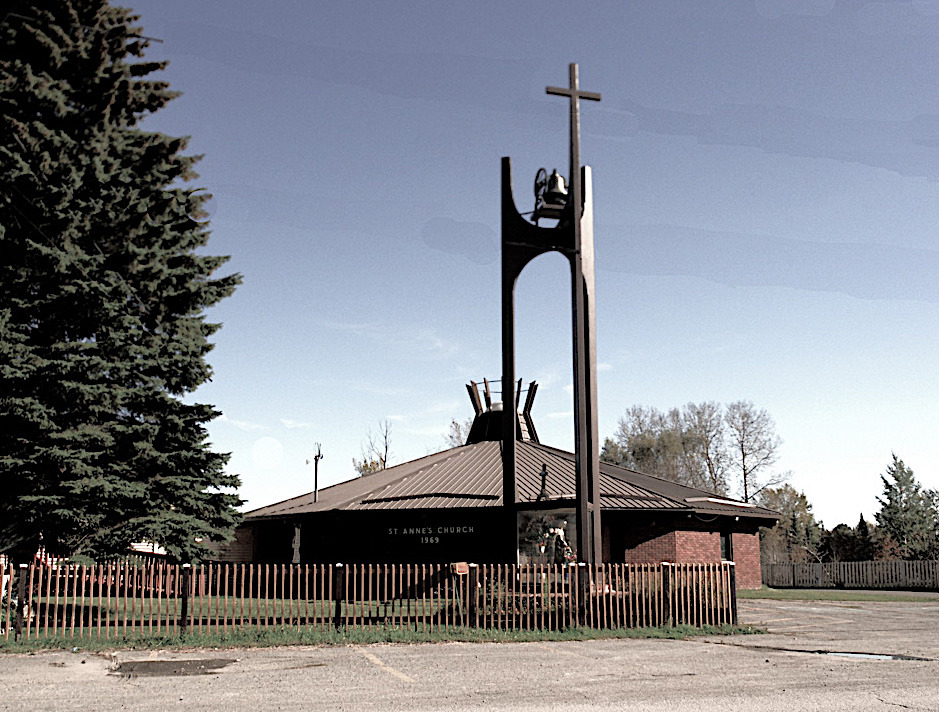 We are in front of Saint Anne's Catholic Church founded by the missionaries of the Immaculate Conception. This church reminds us that the region where we are is the first French-speaking Catholic mission was established northwest of the Great Lakes in the 19th century.

Drawing of the Mission, circa 1873 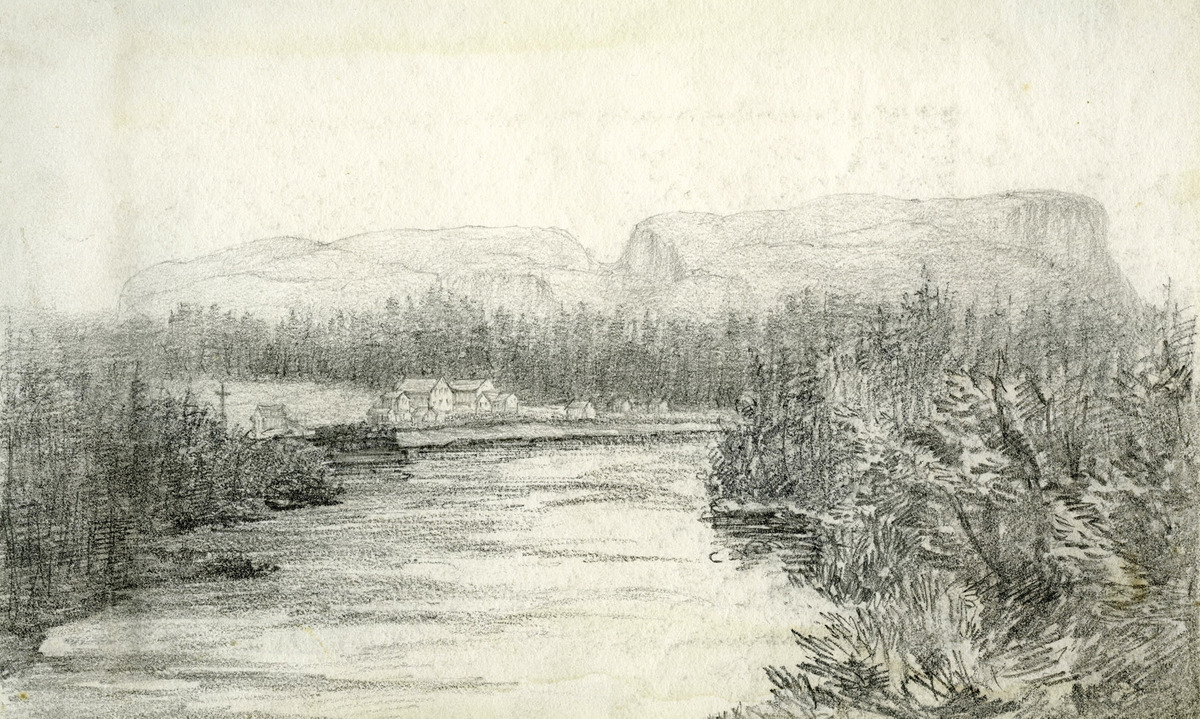 For over fifty years the Mission de L'Immaculée Conception on the Fort William Indian Reserve was the cradle of Roman Catholicism in the region north of Lake Superior.

It was established in July 1849 by two French Jesuit missionaries, Father Pierre Choné (1808-1879) and Father Nicolas Frémiot (1818-1854) on the left bank of the Mission River at its junction with the Kaministiquia River. From there the Jesuits travelled the north shore of Lake Superior on missionary journeys.

Photo : Pencil drawing of the Mission area, by William A. Johnson. Circa 1873. 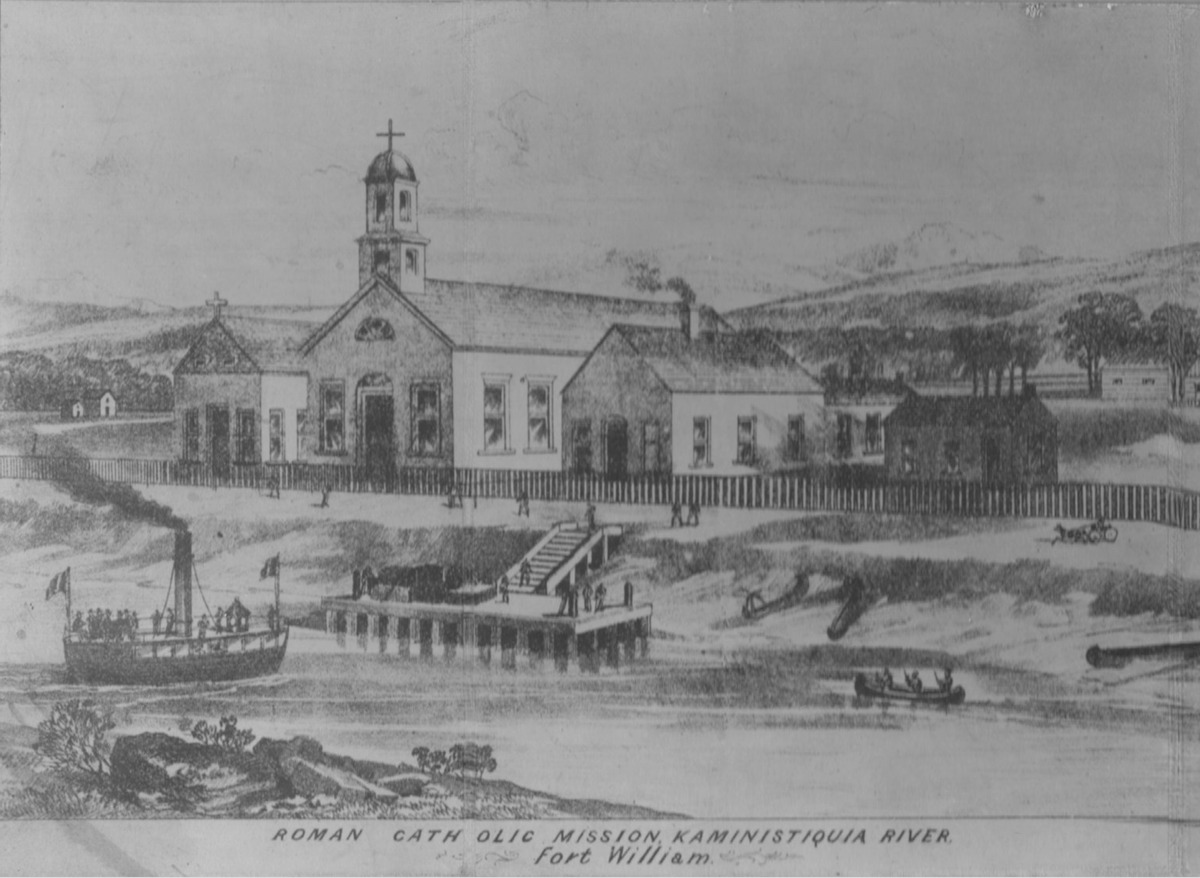 Within five years of being established, the Mission, centred in an Indian village of about 30 dwellings, had a large church, a day school, and numerous outbuildings. In 1870, four sisters of the Immaculate Heart of Mary travelled to the site to help establish an orphanage. This location was used until the mission had moved to another site located on the Fort William Reservation.

Until its demise in 1906, it was the base and headquarters for Jesuit missionary activity extending over an immense area from Grand Portage and Grand Marais on the northwestern shore of Lake Superior in the United States to White River, 320 km east of Fort William. 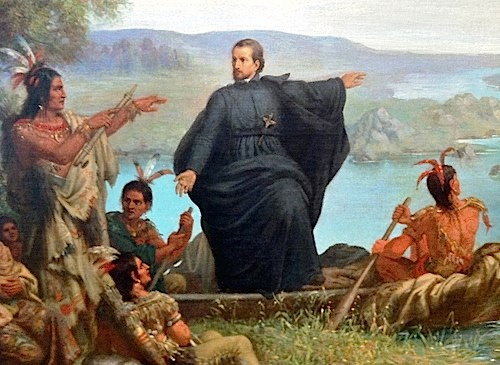 The Jesuit missionaries were drawn to the Kaministiquia River site because the land was arable and there were greater opportunities to convert the Anishnabeg people to Roman Catholicism. The goal was to both convert native peoples also to instill European values within them.

However, the Jesuits often found it hard to bridge the cultural divide and their religious and social conversion efforts often met with stiff resistance and the Anishinabeg who did convert to Catholicism tended to blend traditional spiritual beliefs with the new religion as opposed to accepting a total conversion. 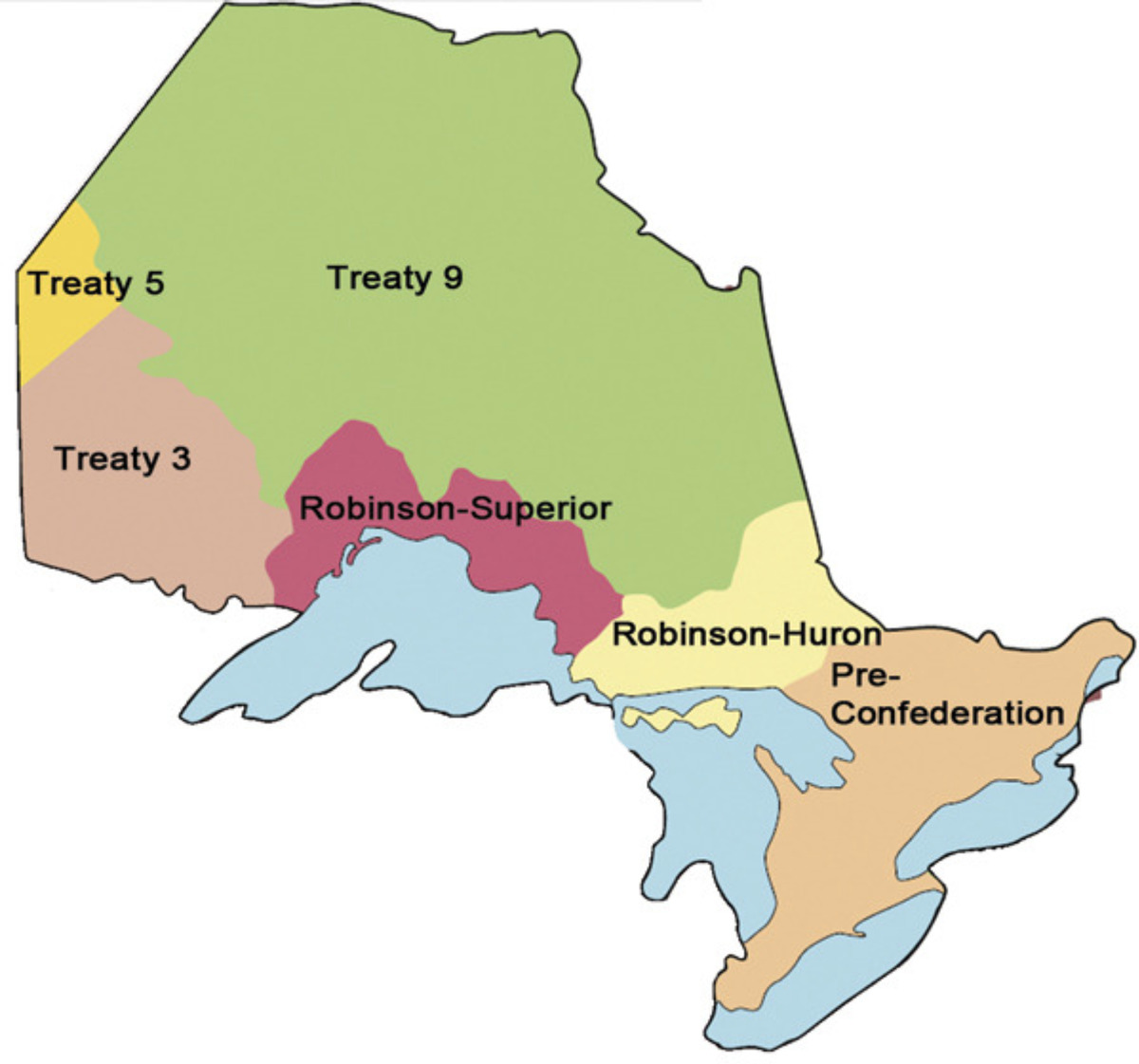 In September 1850, the Anishinaabeg (Ojibwe) of the Upper Great Lakes signed two separate but interconnected treaties: the Robinson-Superior Treaty (RST) and Robinson-Huron Treaty (RHT). These agreements provided the Province of Canada (Canada East and Canada West, the future Quebec and Ontario) access to the north shores of Lake Huron and Lake Superior for settlement and mineral extraction.

The missionaries opposed the Treaty, which saw the surrender of millions of acres of land to the British Crown, petitioning on behalf of the Fort William Anishinabeg for better terms.