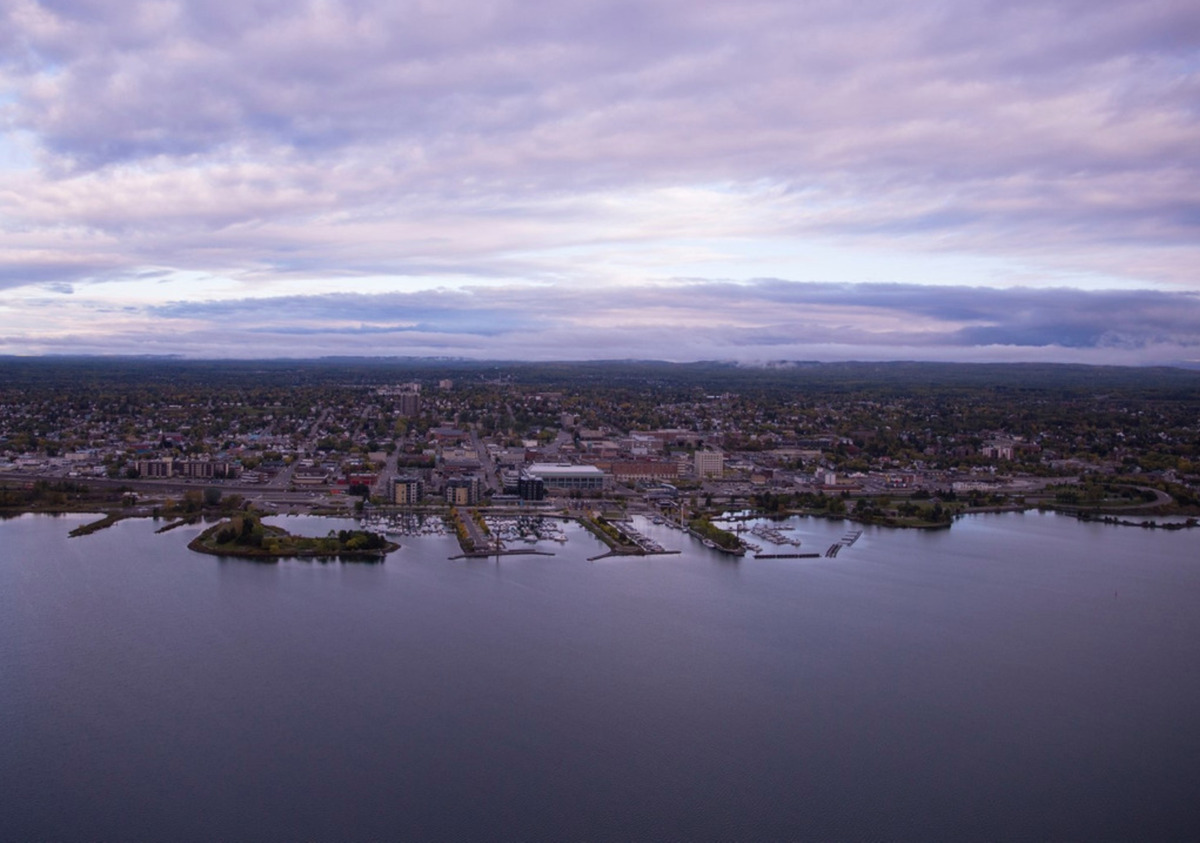 The city of Thunder Bay shoreline includes a revitalized public park called Marina Park, located in a picturesque and protected harbor on the waterfront of Lake Superior. From there, we can see tree-covered hills and pristine islands in the distance.

This community gathering place has transformed the City of Thunder Bay's waterfront into a mixed-use village and animated waterfront park reconnecting the downtown to the shores of Lake Superior. Two centuries ago, this spot was a shipping terminus and gateway to Western Canada. 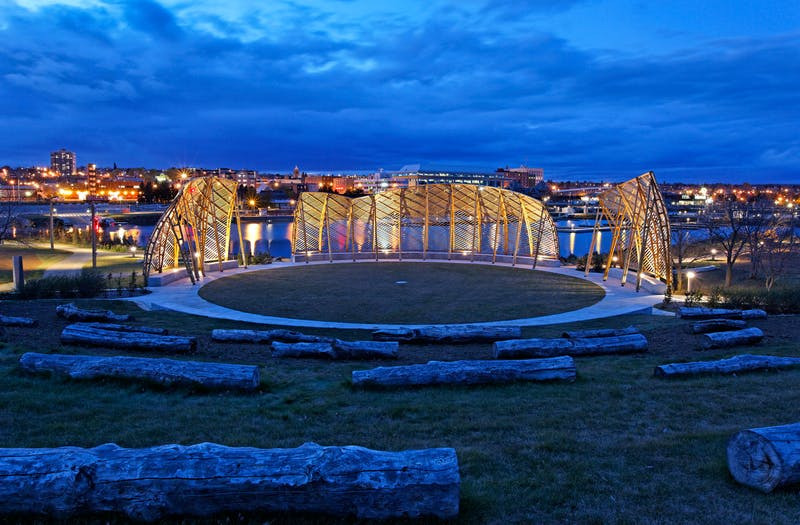 The Spirit Garden is a headland extending into Lake Superior and is a key component of the Marina park. Located not far from a site where aboriginal settlements are estimated to date back some 9,000 years, it offers a magnetic and meditative use of waterfront land, while declaring to Canadians and the rest of the world that aboriginal culture matters.

The Gathering Circle is an open-air pavilion located within the Spirit Garden that honours the local aboriginal wish to create an "inclusive circle" between all people and nature. The main structure within the Spirit Garden, it gives expression to the deep cultural and historic roots that link Aboriginal peoples to the Lake Superior shoreline. Its design reflects an adaptation of a traditional Aboriginal bentwood building technique, using modest means of construction and sustainable building practice.

The design was created as a collaboration between Brook McIlroy and a young Aboriginal intern architect/artist, Ryan Gorrie from Thunder Bay. The outer wall of the drum is lined with ten weathering steel laser-cut panels designed by local Aboriginal artist Randy Thomas. These art panels feature Images of animals, representing air, land, water and fire, and are portrayed in the Woodland style of art developed by the Ojibwe people. Each panel references the artist’s Ahnisnabae culture, including images of Turtle Island (North America) and the Thunderbird. 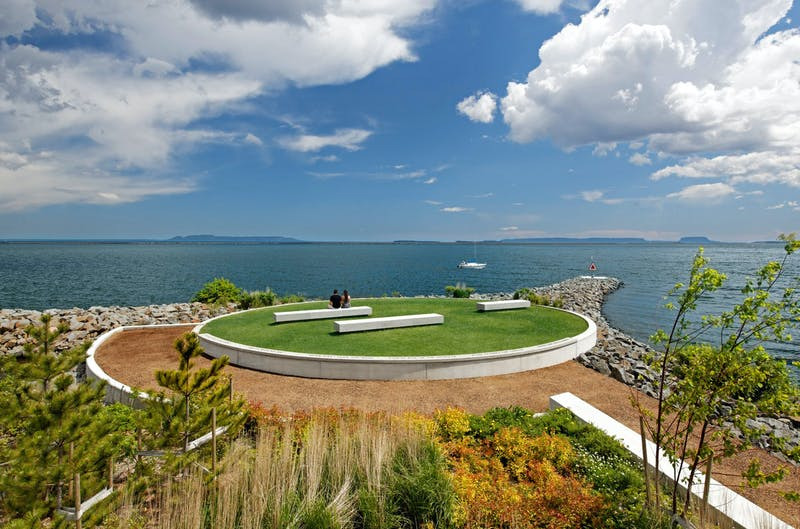 The Gathering Circl is the main part of Spirit Garden. At the end of Pier 2, past tree-lined walkways and elevated wooden art boxes, is the viewing circle: a titled disc of land directing views toward Nanabijou.

The disc measures some 24 metres in diameter and provides green space for ceremonies, blessings, music. Engraved into the perimeter of the circle is a poem, Round Dance, by aboriginal writer Sarain Stump. Don't break this circle / Before the song is over / Because all of our people / Even the ones long gone/Are holding hands. 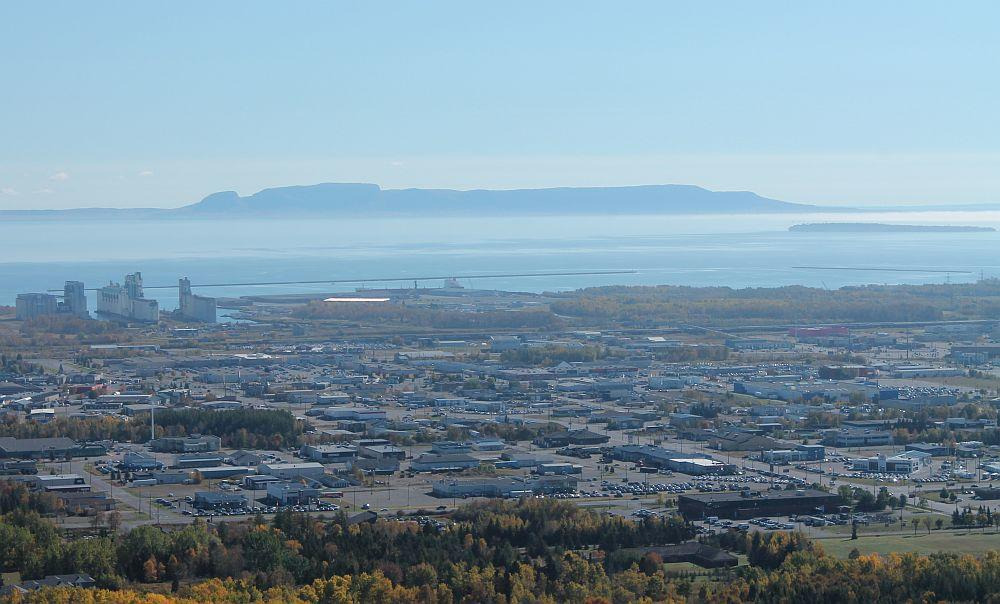 On the northern side of Lake Superior, the island remains of an ancient volcano to be a giant sleeping on his back. Visible from many places in Thunder Bay, this natural rock formation of 250m cliffs stretches in a thin band for many kilometers.

There are many stories around this landmark. One Ojibway legend identifies the giant as Nanabijou, who turned to stone when the secret location of a rich silver mine, now known as Silver Islet, was disclosed to white men.

In 2007, amongst Canadians, the Sleeping Giant was voted number one of the Seven Wonders of Canada, beating Niagara Falls. Sadly, a national board decided the Sleeping Giant did not fit the criteria.  Today the whole peninsula is an Ontario park and Sleeping Giant Provincial Park offers camping, hiking, fishing, swimming and many other activities…just don’t wake the giant! 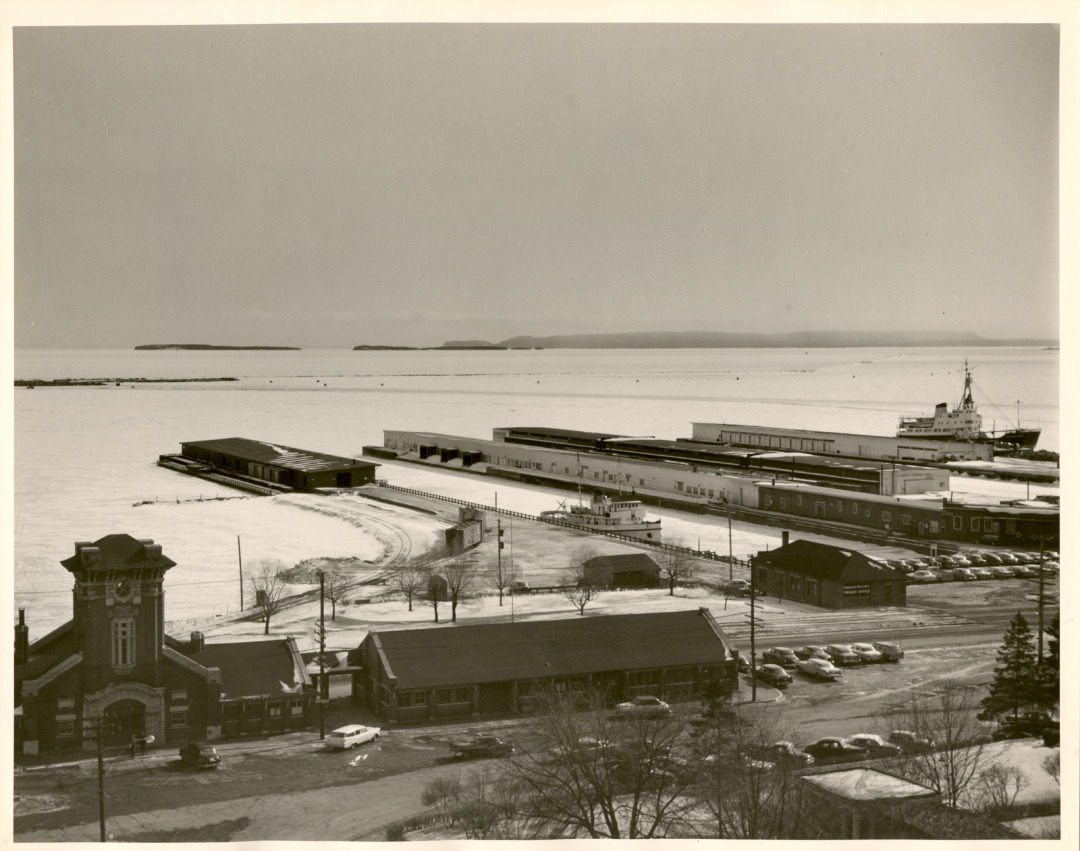 Built in 1905, the BBAC was originally the Freight/Customs Office for the Port Arthur CP Train Station. It was mistakenly referred to as the Baggage Building and the name stuck.

For many years it was the home of Lakehead Visual Arts, but after a century of use, it began to show its age and when the waterfront underwent its extensive renovation in 2010-11, the city planners knew that somehow, someway, the name needed to honour its history. Today this two-level structure is home to a public art gallery, retail, artisan studios and fine arts teaching area. 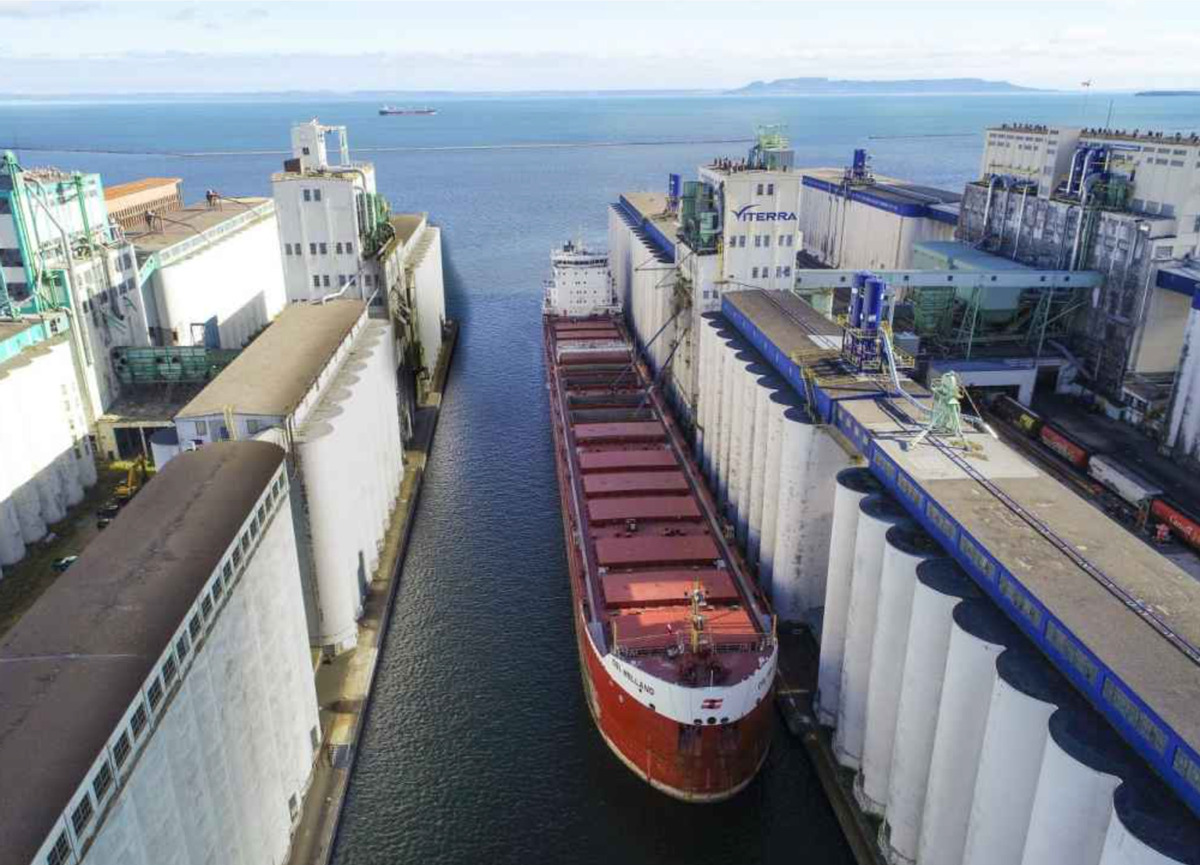 The Port of Thunder Bay plays an important role in the river transport of grain and other products that originate from the west and then transit through the Great Lakes and the St. Lawrence Seaway to the East Coast.

We also nickname this place Canadian Lakehead, considering that we are here at an ultimate point, that is to say the head of the navigation route of the Great Lakes, which extends for 3700 kilometers in the heart of the North American continent. This route is used in particular for trade with the European continent. 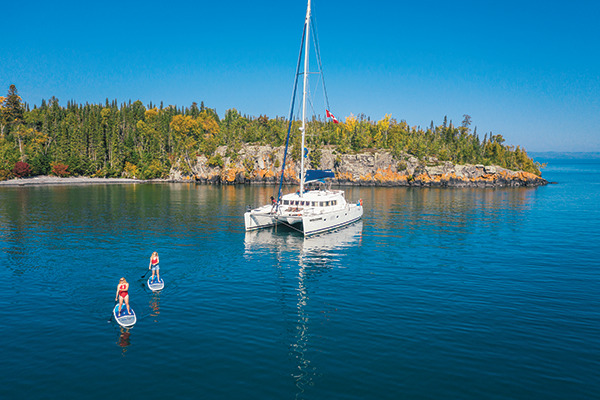 Lake Superior is not only the largest of the great lakes, it is the biggest freshwater lake in the world. This natural wonder, called ‘Gichigami’ (Big Water) by the Ojibwe, is so big that it has its own version of a tide as well as its own Twitter account!

One of the best ways to discover the lake’s diverse shoreline of forested wilderness, rocky cliffs and gorgeous beaches is arguably from the water.  Book an excursion with Greg Heroux, captain and owner of Sail Superior, and experience the route of the voyageur for yourself.