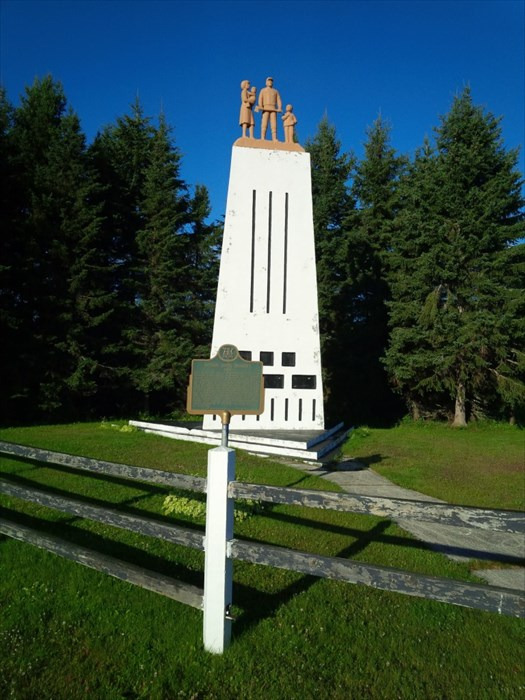 This memorial was erected by the local union, to the dismay of some locals.  The Reesor incident is a defining moment in Canadian labour history whose division still exists to this day.

Originally destined to be a mere siding, several Mennonite and French Canadians took land nearby the railway not long after its construction in 1915.

At its height, the community boasted about 100 residents, however, with the hardships of the Depression, many families left the area, and farming families struggled. By the end of the 1940s most of the land was abandoned and by the time the tragic events of Reesor Siding occurred in 1963 only half dozen struggling farmsteads remained in the area.

The monument commemorating the Reesor Siding strike rises 10 meters in height. At the top, we see a lumberjack with an ax, with his family, in tribute to the strikers. The local union erected the monument despite the dismay of some people. Dissensions still exist today on this subject.

The story of Resort Siding does not end there. This place corresponds to a railway branch around which there was, in the 1920s, a small store, a sawmill, a church, a school and even a tennis court! In all, about 100 people lived around here, mostly Mennonites and French Canadians.

Most businesses and institutions closed in the 1940s following the Great Depression. Several families then left. Those remaining had to struggle hard to survive. By the end of the 1940s, most of the land had been abandoned, and by the time of the tragic incident of 1963, only six farms remained in the area.

The extinct village of Reesor Siding is not to be confused with that of Reesor, located 2.8 kilometers further west. Reesor is a mythical place known for its abandoned barns and houses that crumble in the middle of nowhere. 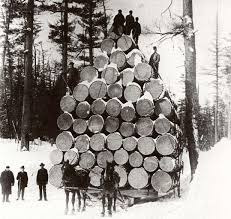 The events that led to the Reesor Siding Incident had begun on 14 January 1963 when over 1,000 employees of the Spruce Falls Power and Paper Company in Kapuskasing staged an illegal walkout.  While the men stopped producing any pulpwood, the mill could manage without them as the only lumber it needed for its production at the time was already assured by private contracts with local farmers.

The management of the mill implacably refused to negotiate with the strikers. On the evening of February 10, 1963, the strike broke out. About 400 strikers traveled to Reesor Siding to dismantle the ropes of wood piled up by farmers and contract workers.

Arriving at the scene, the strikers faced police warning them not to set foot on the property. Tense, at their wit's end, the men advanced on the police. A farmer fired a warning shot in the air, trying to ward them off. But the strikers quickly besieged the police line. It was at this point that the farmers, fearing to die, fired shots at the strikers. In the end, 11 strikers were shot in the shooting, three of them fatally.
About 20 farmers were arrested and charged with attempted murder, but after an intensive three-day trial, they were found not guilty as their lives were in danger.

During the judgment, more than 200 strikers were arrested for their participation in the riot. They were held for two weeks at the Monteith Prison Center. Of these, 137 were found guilty of unlawful assembly and fined a total of $ 27,000, which the union paid.

Ironically, the strike ended before February 17, when the provincial government imposed compulsory arbitration. Although there were no further incidents afterwards, animosity between the parties persisted for many years. 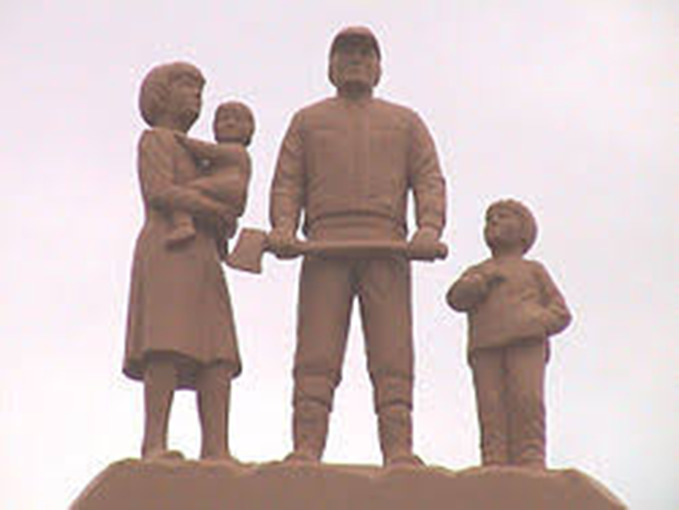 This controversial memorial to the Reesor Siding Strike of 1963 rises 10 metres from a quiet field along HWY 11 between Kapuskasing and Hearst. Atop the monolith are three statues depicting an axe carrying logger and his family, commemorating the strikers killed during the violent mill strike a half century ago.