Leclercville and its maritime heritage

A peaceful coastal village, Leclercville has retained a special link with the natural environment that surrounds it. Nestled from east to west between the two rivers of Chêne, the large and the small, then north, in a cove of the St. Lawrence River, this picturesque municipality has preserved its cachet of yesteryear.

The memorial lighthouse is located in the island park. It evokes the era of steam navigation, navigation on the Donpaco barges, as well as life by the water. We thus discover a coastal village from which more than a generation of sailors have come. 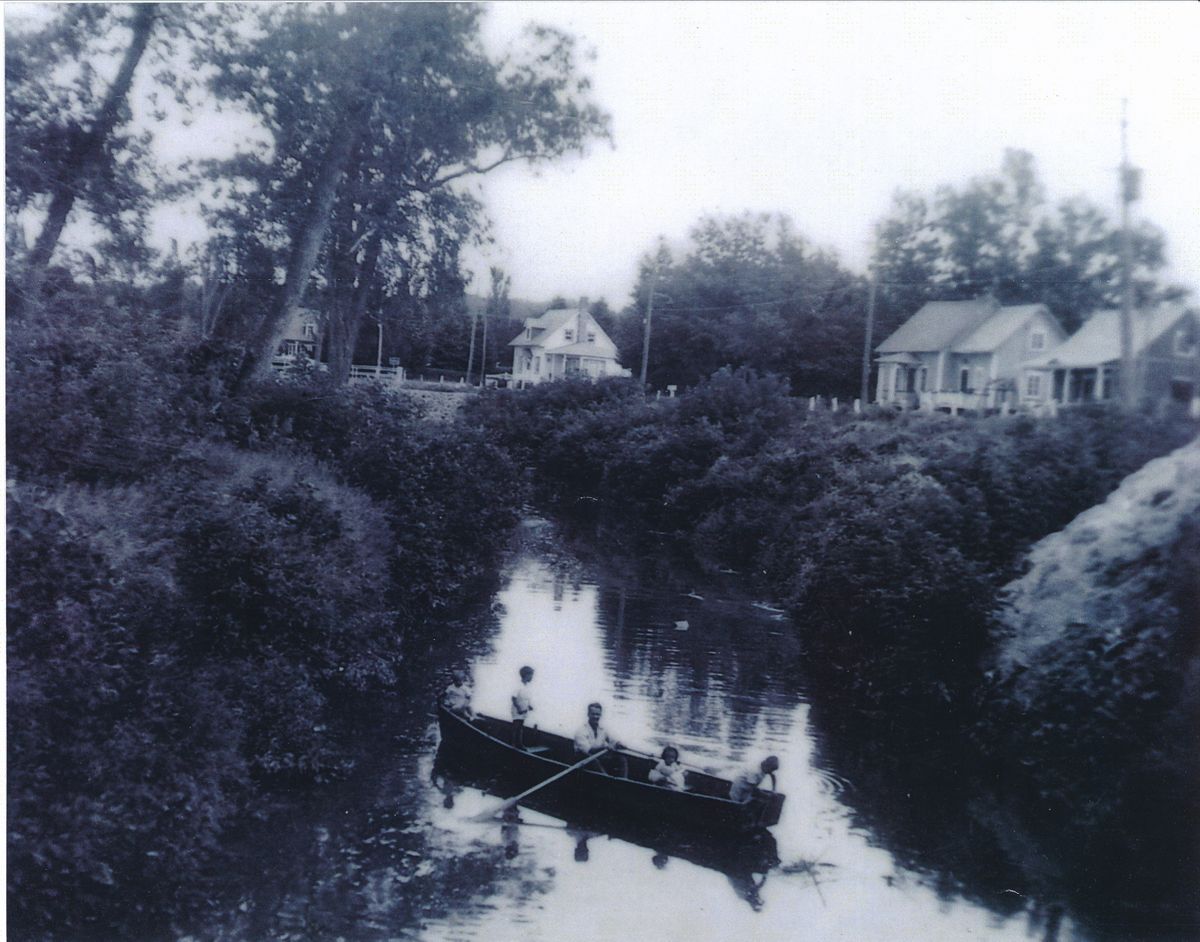 The park of the island where we find this municipality, commemorates the location of this portion of land which was previously surrounded by water, bypassed to the east by the current of the “du Chêne” River and, to the west, by a branch forming a canal. The backfilling of the latter, in 1955, changed the topography of the place.

Picture: Family of Henri Martineau, baker from Leclercville, and Marie-Ange Tessier during a day of fishing on the canal in 1952. From left to right, Jean-Guy, Serge, Henri, Thérèse and Robert (Private collection Jean-Guy Martineau).

The quay and steamboat 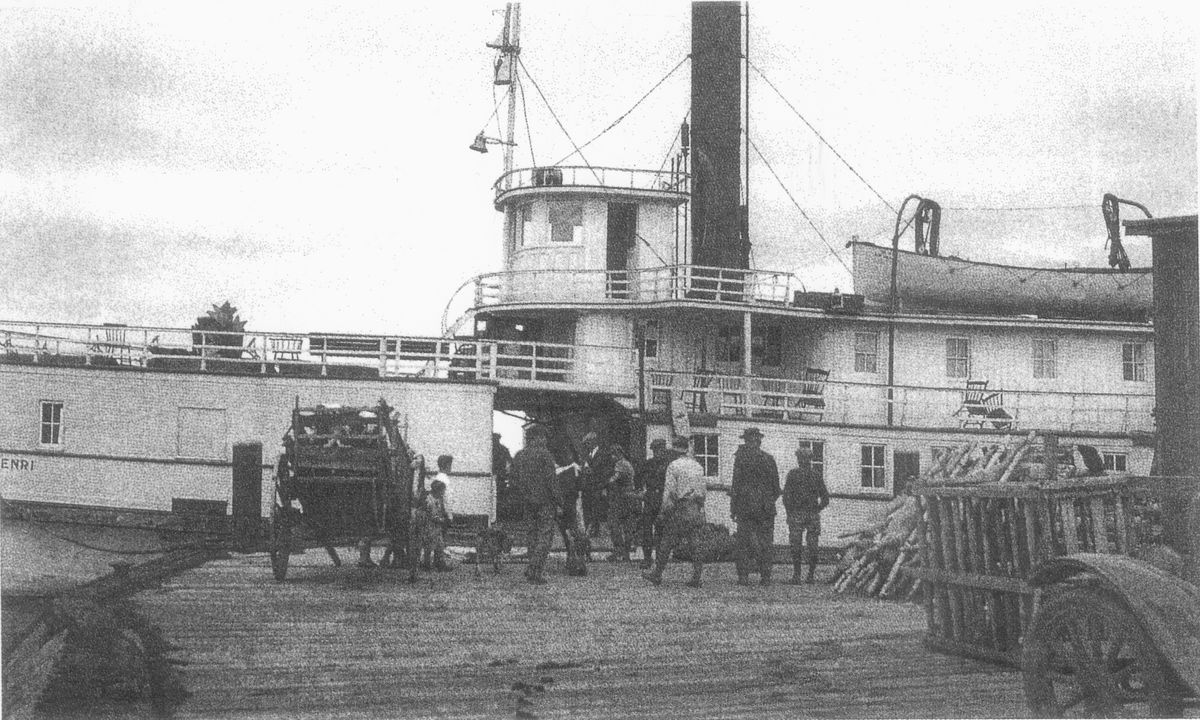 In order to allow the timber from the lord’s lands to be traded by the river, Pierre-Gustave Joly had a quay built at the end of the island, downstream from the steam sawmill, which was one of the main economic engines of this working village. 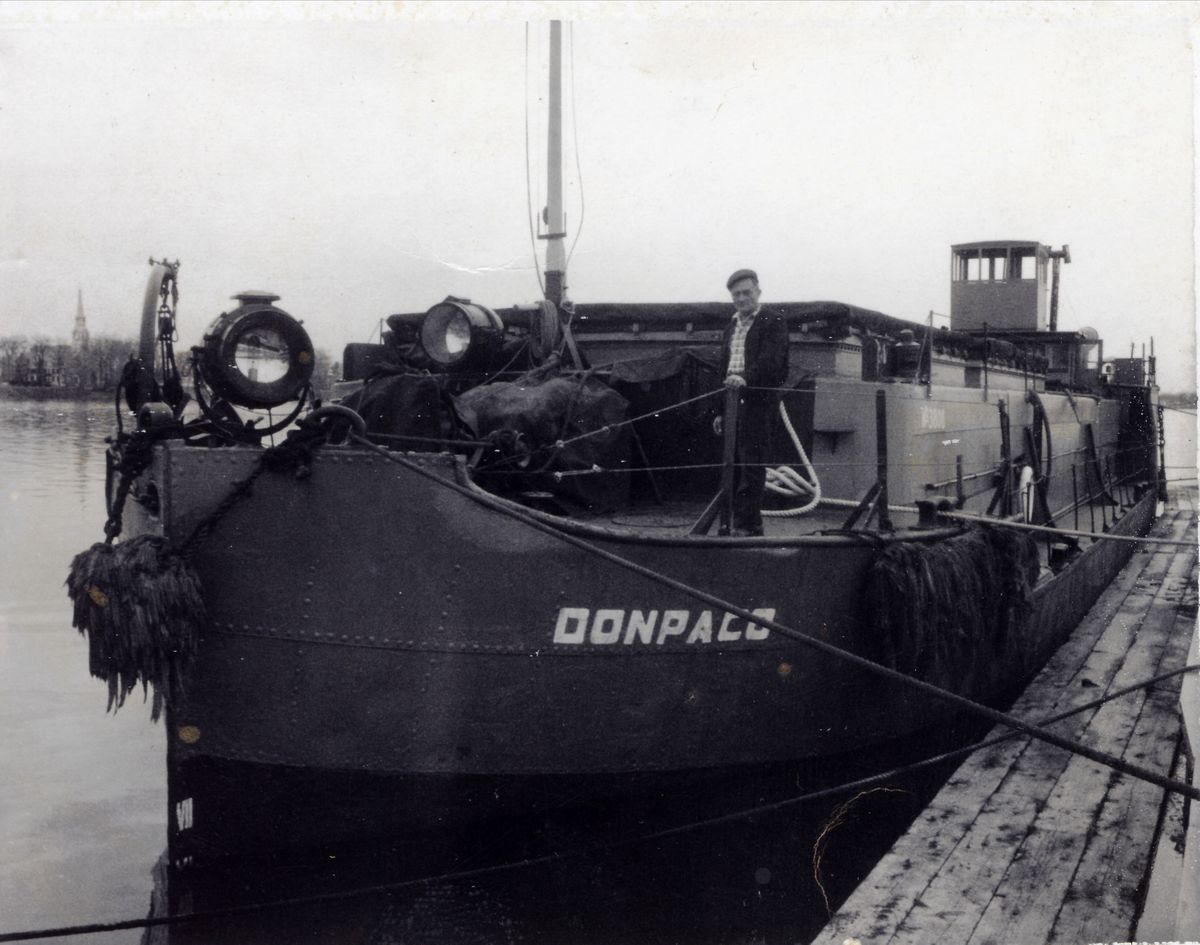 The first Donnacona barge was called the Donpaco and was piloted by Captain Gérard Laliberté, originally from Leclercville. The latter recruited several young men from the village who became sailors, then masters and captains, thus forming more than a generation of “Leclercvillois” sailors. 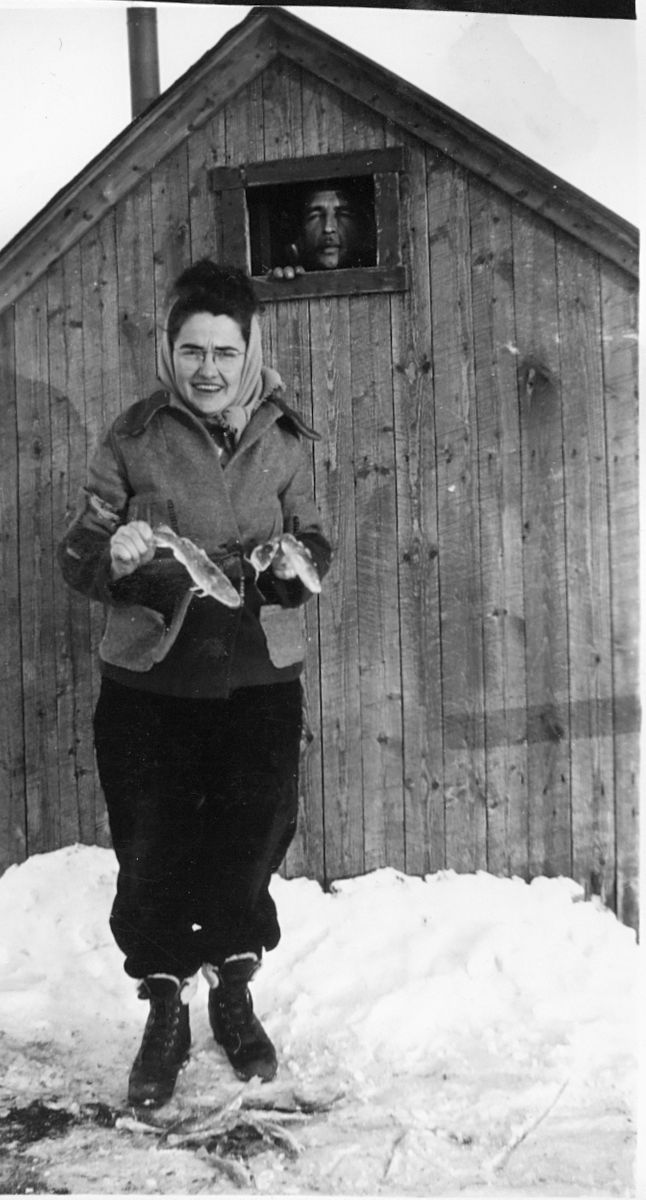 Ice fishing was practiced in the Leclercville cove sector until the mid-1970s. This is how a whole village was temporarily established, made up of dozens of small fishermen's huts of "tomcod" as soon as the ice reaches 15 cm, usually after New Year's Day.

Picture: Nancy Germain ice fishing, circa 1940. (Heritage and history of the seigneuries of Lotbinière, no 3201).