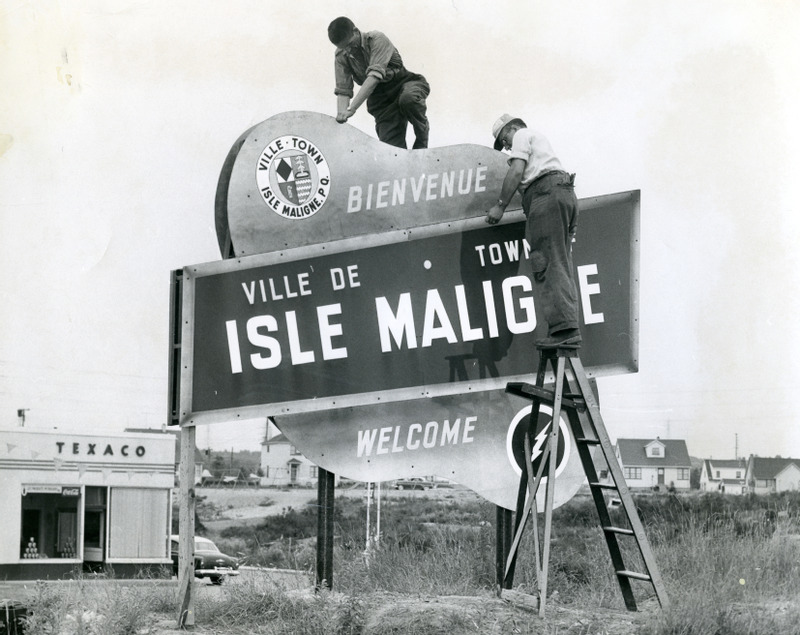 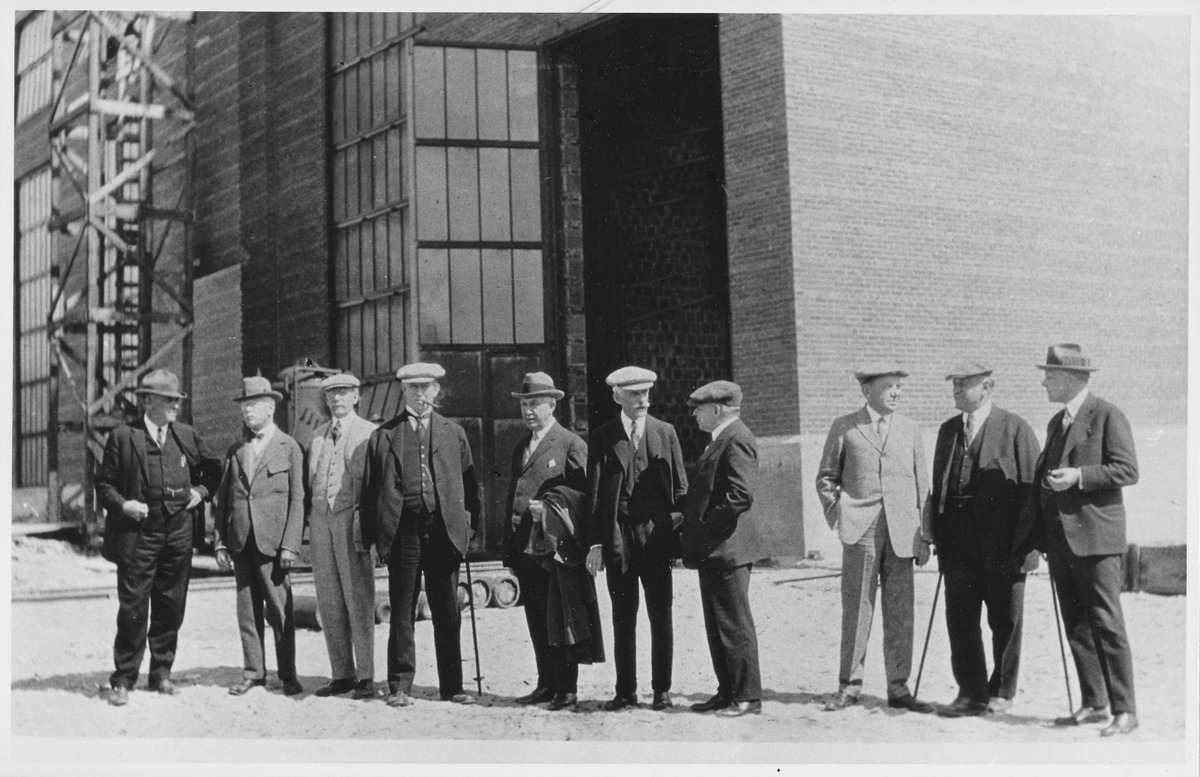 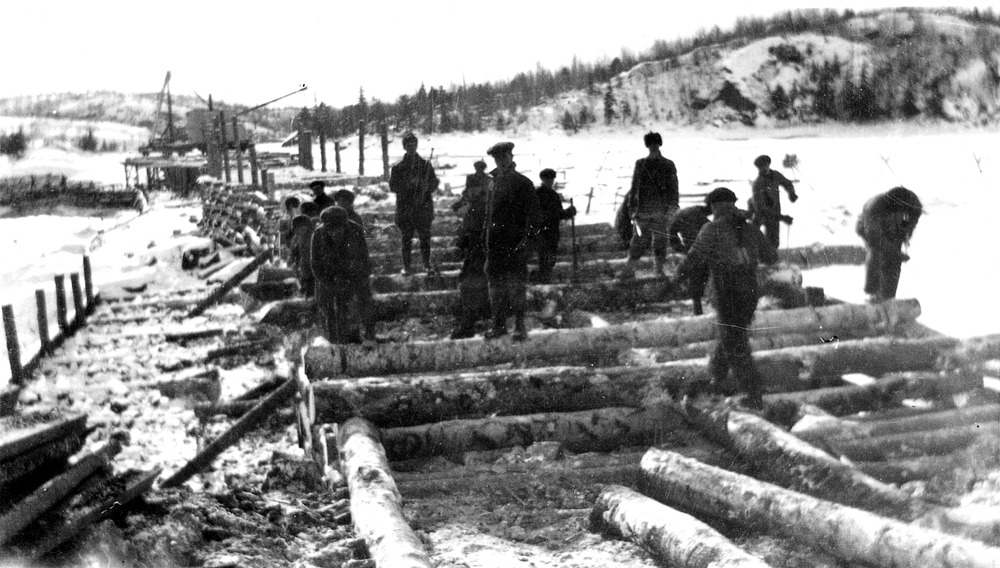 The Grande Décharge River and Maligne Island Point before construction of the hydropower plant. 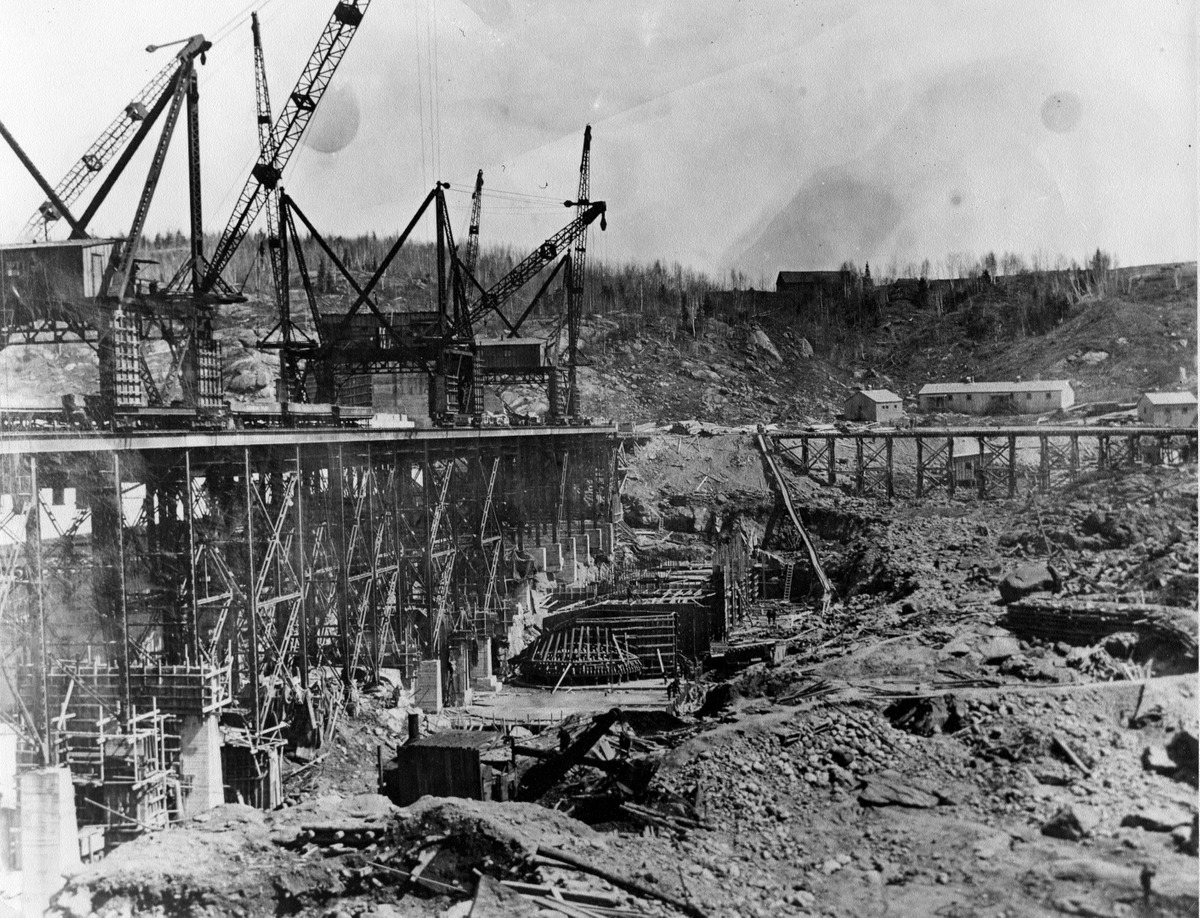 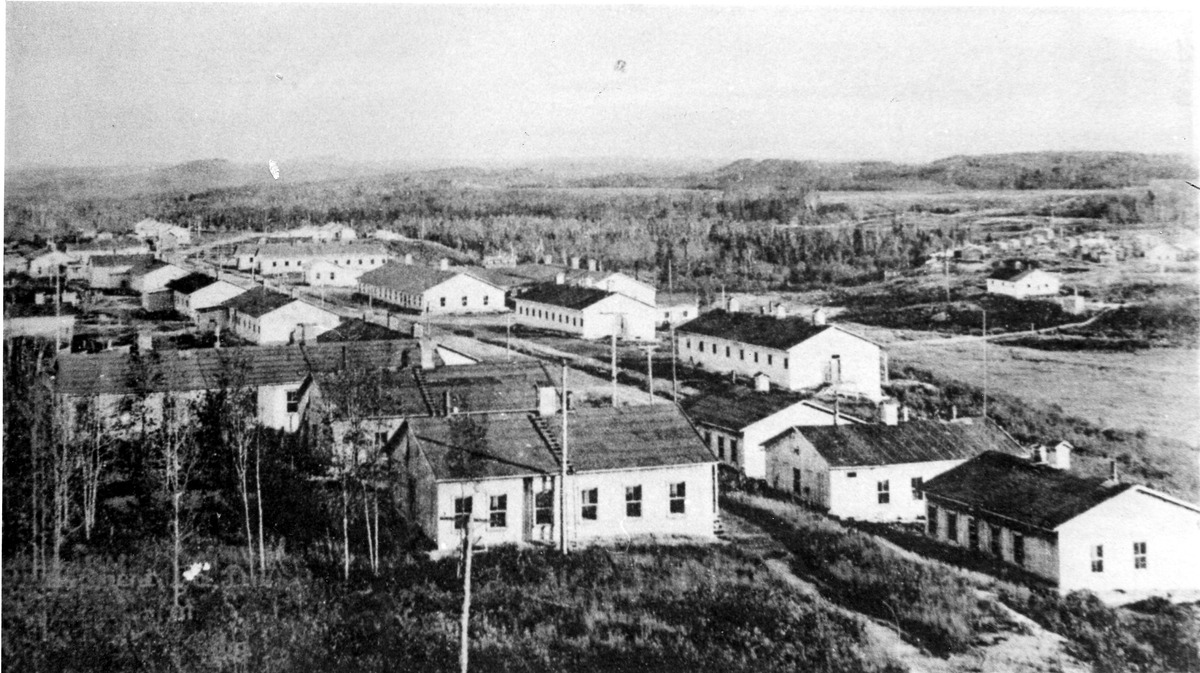 We are at the south entrance of the former company town, Isle-Maligne.

In 1913, wanting to build a hydropower plant on the Grande Décharge River, American businessman James Buchanan Duke purchased the Isle-Maligne water and land franchise and founded the Quebec Development Company. The chosen location had all the natural features required for such a facility. The river had an excellent flowrate, and the land was sufficiently sloped to provide an optimal waterfall height. The dam was installed on a narrow part of the river, making it less costly. A departmental order provided Duke with the authorisation to raise the water level in the lake, thus transforming it into a manmade reservoir. It is managed by Rio Tinto. Construction of the Isle-Maligne hydroelectric project started in 1923, following a partnership agreement between James Buchanan Duke and Sir William Price, a Canadian industrialist who wanted to purchase a part of the electricity produced by the plant to power his new pulp and paper mill in Riverbend. They founded the Duke-Price Power Company.

As the essential infrastructures for the construction site were being built, a village nucleus was erected for the labourers and their families on the south shore of the Grande Décharge River, called the De Quen district today. At the same time, a residential area was developed on the north shore for the management staff in charge of the hydroelectric construction project. The name “Isle-Maligne” was chosen as a reminder of the river’s dangerousness. Isle-Maligne is said to be a company town because it was developed by a company to house the workers of its industrial site. In 1926, the Aluminium Company of America (ALCOA) bought out the company and took over the town’s planning, implementation and development operations.

The occupants of Isle-Maligne homes were renters because the houses were owned by the company. This was fine for the qualified workforce, who could more easily change locations according to employment demands. For the company, ownership of the houses allowed to keep the homes in good condition, along with the rest of the town. The company provided a variety of maintenance services to its renters’ homes and lands, as well as the services of a horticulturist. Waste was collected at the back of the houses by company employees. Other workers were in charge of cleaning chimneys, mowing grass, and clearing snow during winter.

In 1962, Isle-Maligne was merged with Riverbend, Saint-Joseph d’Alma and Naudville to become the City of Alma. The company then offered its renters the chance to purchase the houses they occupied.