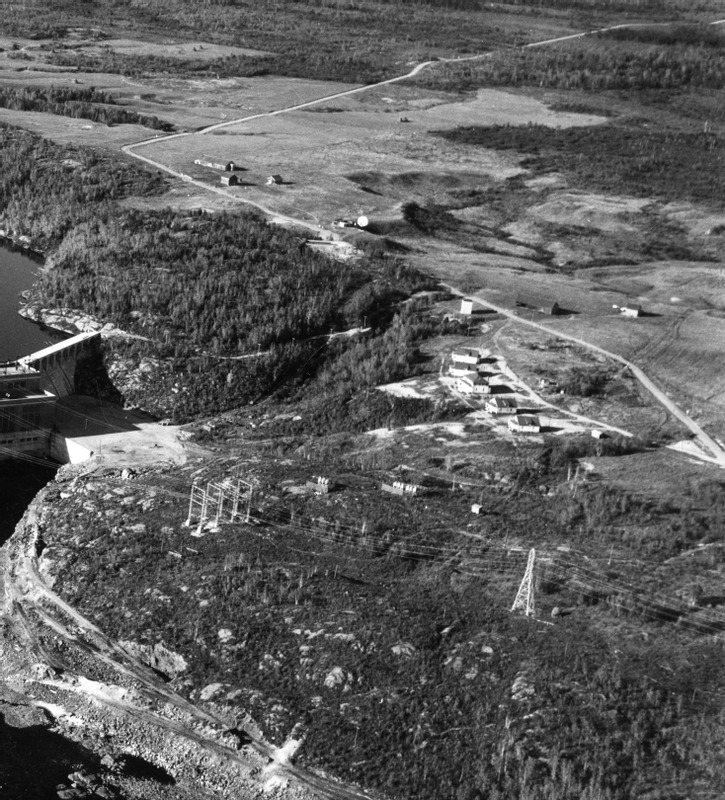 Management homes and stairs, circa 1926 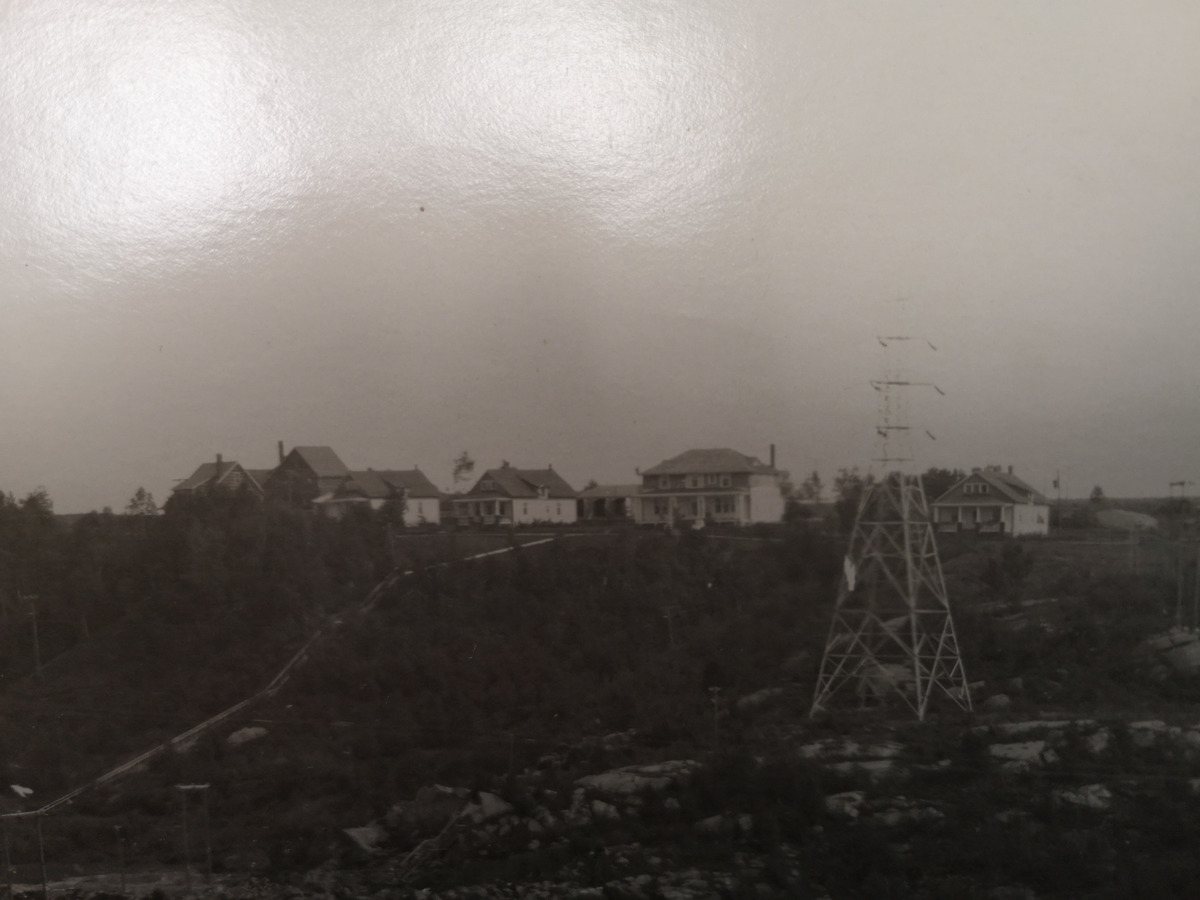 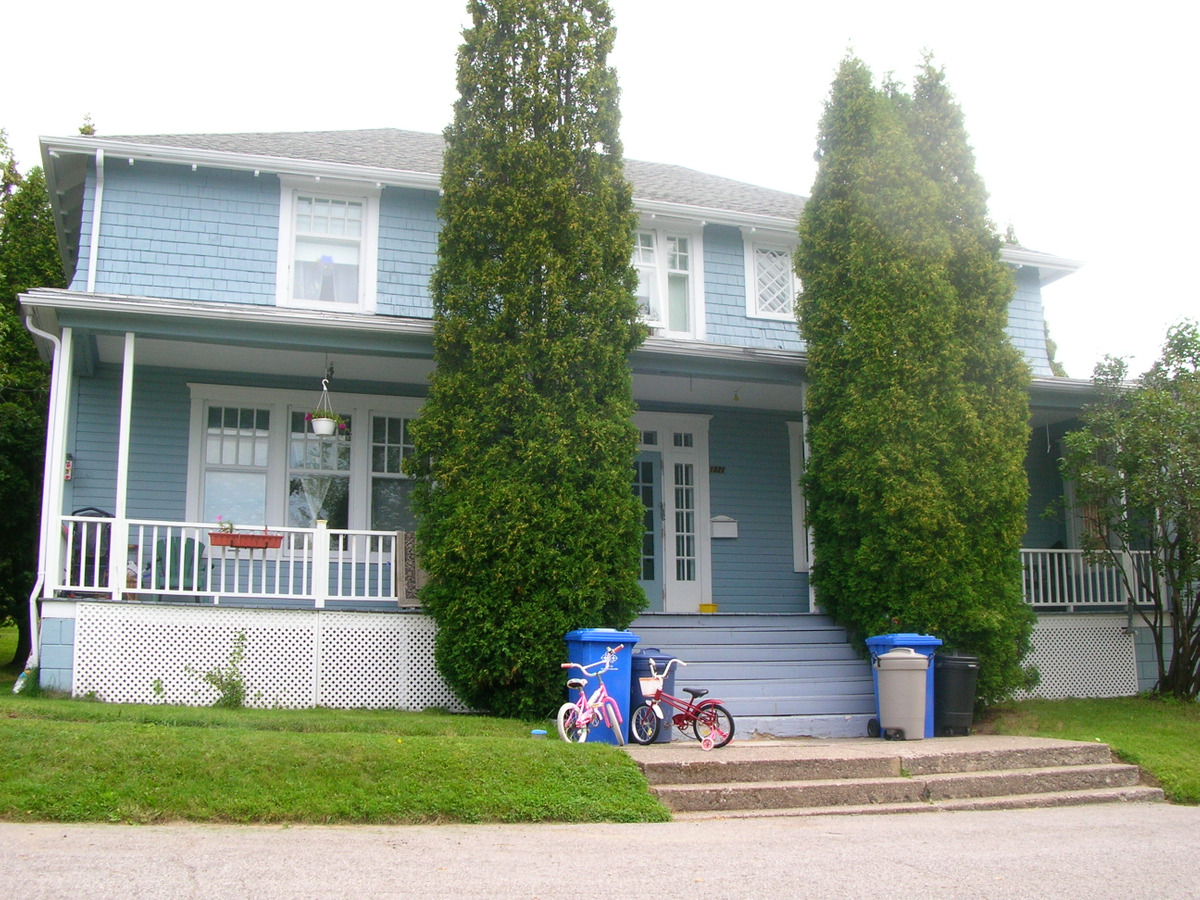 We are in front of the stairs used by company management on their way to the hydropower plant.

The first Isle-Maligne establishment was located north of the Grande Décharge River, about 200 metres from the power plant. It was developed for management staff and called the “Bosses’ District”. Seven houses faced south; each had a large backyard and access to common garages. The people living in these houses had a great view of the facilities. The dominant architectural type of the Bosses’ street houses was “premier bungalow”, generally one-and-one-half-storey single-family homes. They were mostly symmetrical in appearance, had gable roofs and large verandas.

The street also had larger buildings, like the Staff House. Originally, the main building was designed without a glass room or garage. The four-sided gable roof had two triangular dormers on two opposite sides for attic ventilation. The rafters were visible under the roof overhangs. The upper part of the building was adorned with checkered sash windows. The front veranda featured four series of double posts. The main door was bordered with small checkered windows. The upper parts of the walls were covered with wood shingles, and the lower parts, with wood clapboard.

In the mid-1920s, district residents asked the company to build a staircase for direct access to the power plant. It was installed across from the Staff House and gave access to the north entrance of the powerhouse. Remains of the staircase can still be seen today.

Water supply for Bosses’ District homes came from a reservoir carved into solid rock. The water came from the Grande Décharge River. It was drawn into the powerhouse, pumped to the reservoir, and then distributed by gravity to neighbourhood homes. The reservoir was covered with a four-sided roof to limit contamination, evaporation, and to prevent accidents. It was abandoned when a water tower was built at the end of the 1930s. The Odyssée des Bâtisseurs circuit passes by the remains of the infrastructure.