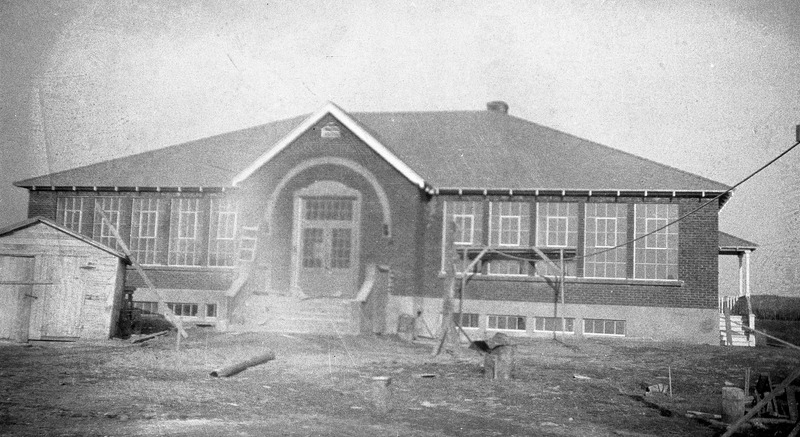 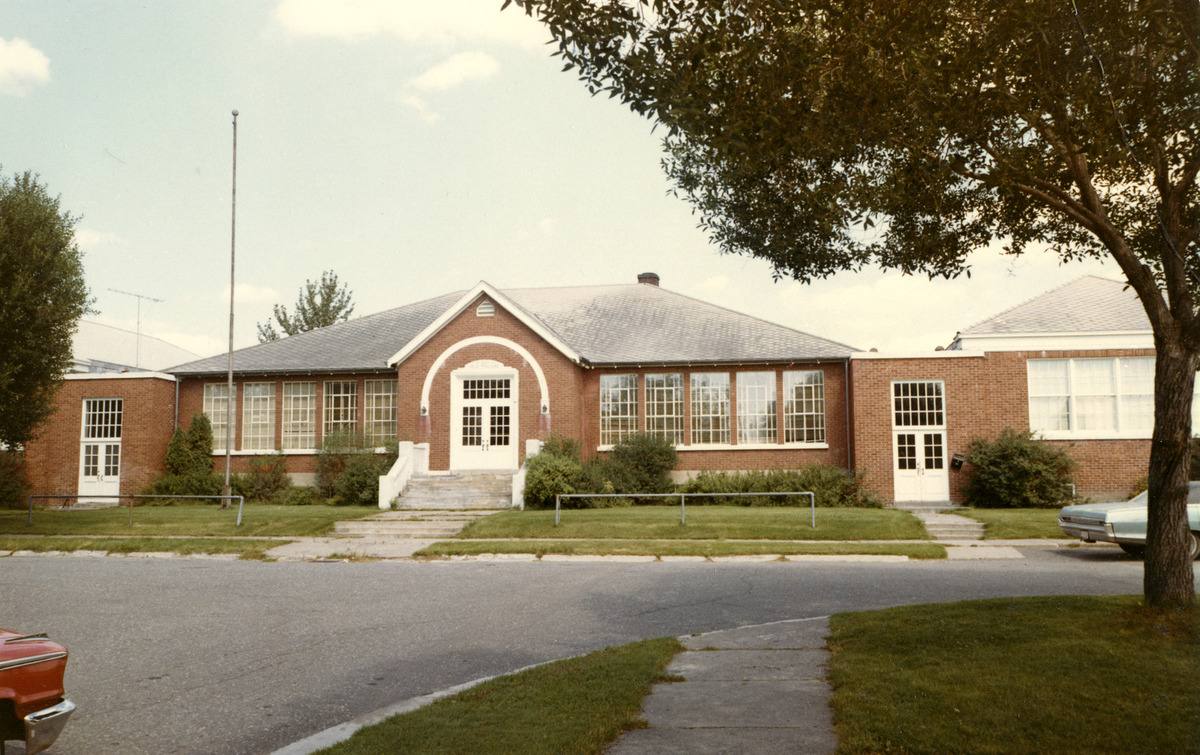 Opening of the Notre-Dame Convent, 1954 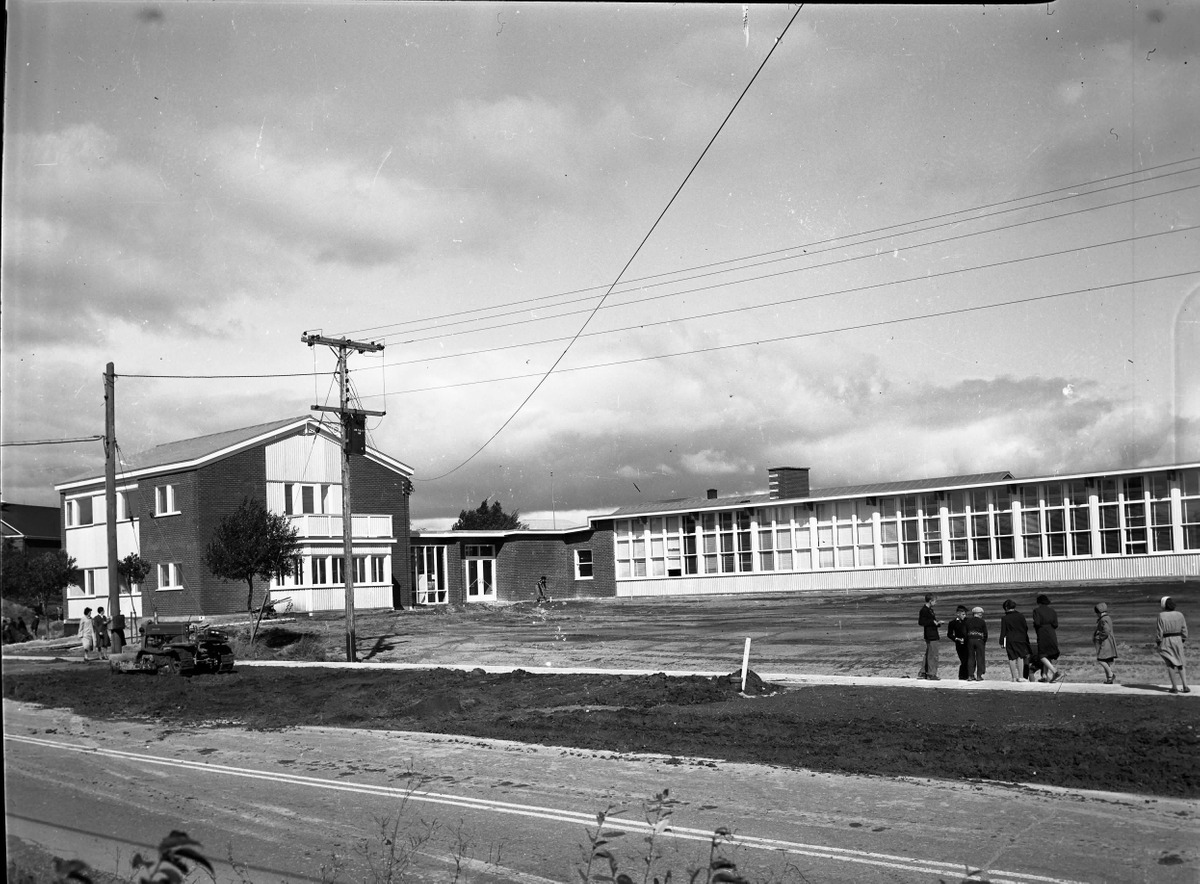 We are across from the two buildings where the town’s children went to school.
As soon as the first residences were built, citizens asked the city council for a school for their children. Thus, the Isle-Maligne School Board was established to oversee the education of the Plateau’s Catholic students. The Plateau community was built by the company to house its workers and their families during the construction work.

In the 1930s, the company agreed to build a school with seven classrooms. Sainte-Marie School was a mixed and bilingual school for Catholic and Protestant children. In 1941 and 1942, it was expanded on both sides of the main building as the population of Isle-Maligne continued to grow. Its face was transformed over time. The building was covered with a four-sided gable roof. A centred gable wall slightly preceded the main façade. The windows were symmetrically arranged in a row, typical of the educational purpose of the building. The main entrance, composed of a double door and a glass transom, was enhanced by a decorative arcade. The walls were covered with clay brick.

In 1984, the establishment became a community centre for various organizations and was named the Léon-Juneau Community Centre in honour of one of the presidents of the Isle-Maligne School Board.