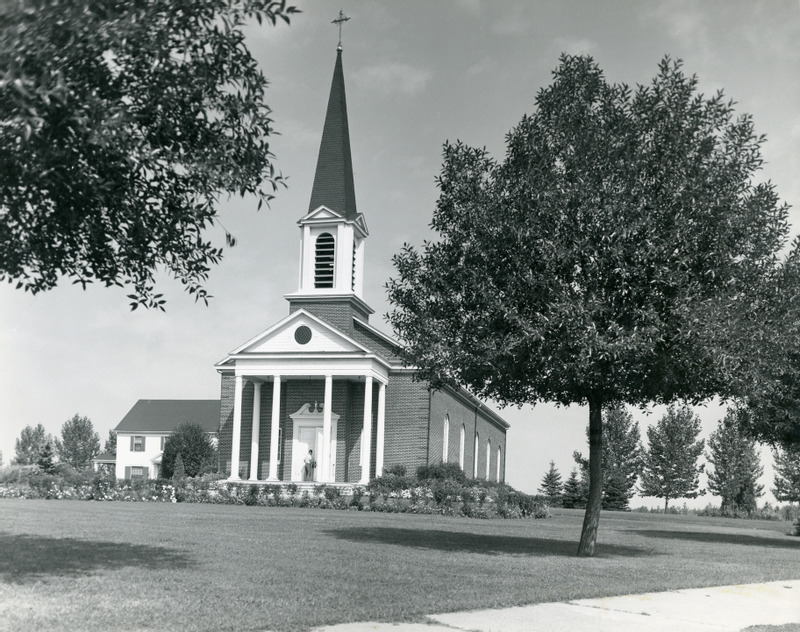 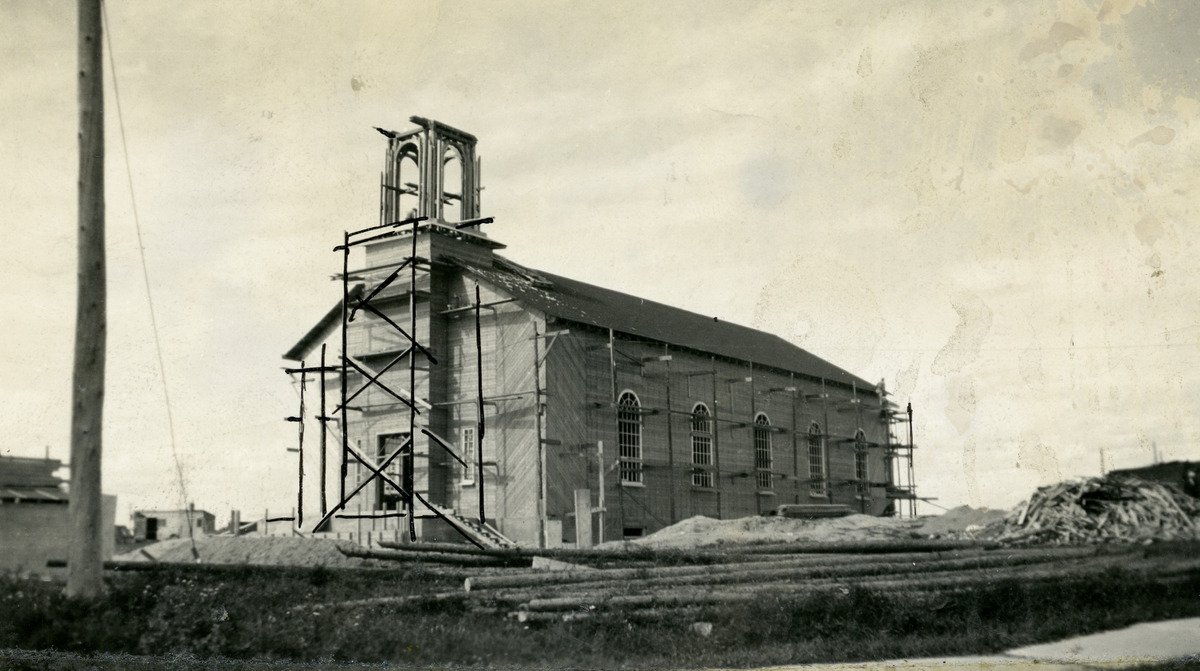 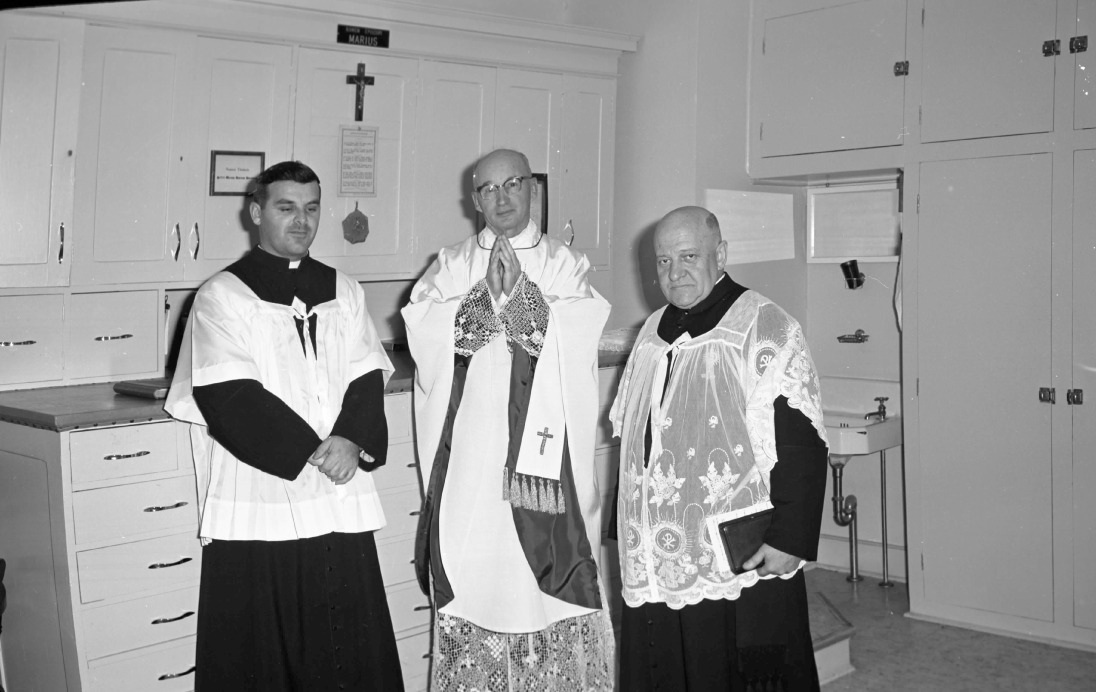 This is the Sainte-Marie Church.

Before the advent of the Notre-Dame-des-Sept-Douleurs parish in 1937, Catholics had to travel to Saint-Joseph d'Alma to take part in religious celebrations. For a few years, a parish priest would host services at the workers' camp or in the basement of Sainte-Marie School, but the hall was too small and the parish priest had to celebrate two masses, one for children and one for adults. In 1938, Sainte-Marie Church was inaugurated in Isle-Maligne, just in time for the Christmas celebration. The land was donated by the company, along with $40,000 to build the place of worship. Donations from parishioners helped to furnish the church.

This church, located at the heart of the Isle-Maligne institutional sector, featured the colonial style. The composition of the façade was rigorously symmetrical. Its steeply pitched gable roof was topped by a bell tower. The sides of the church were adorned with high, arched checkered windows. The double door at the front was enhanced by an imposing central pediment. It was supported by massive wooden columns that marked out the façade. The walls were covered with clay brick. Corner ties at the wall junctions and soldier-course brickwork above the openings gave relief to this building of Anglo-Saxon influence.

The parish priest appointed to the Isle-Maligne parish in 1931, Fredeau Duchesne, was actively involved in the development of the company town: he took part in the blessing of new buildings and other town events; in the celebrations surrounding the coronation of Queen Elizabeth II; in numerous recreational activities; as well as the creation of Wilson Beach, among others.