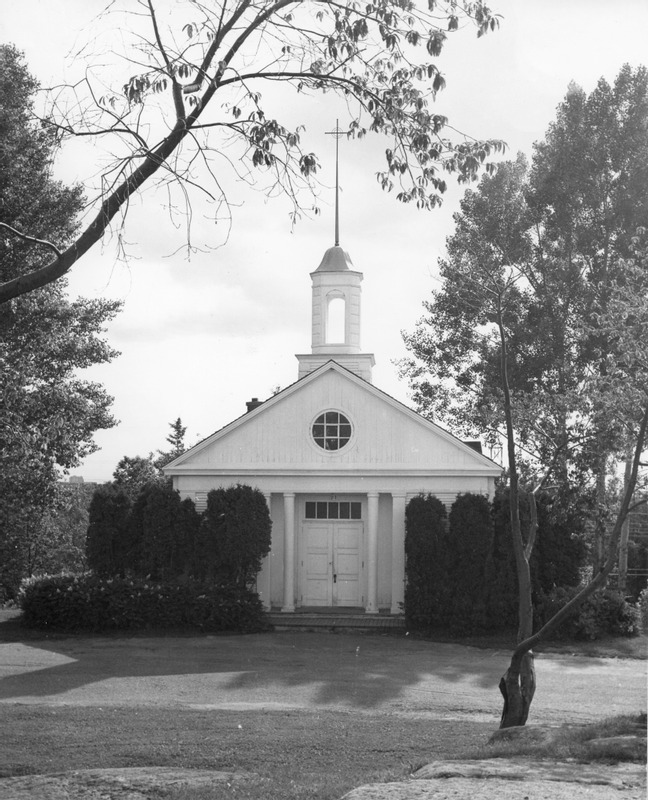 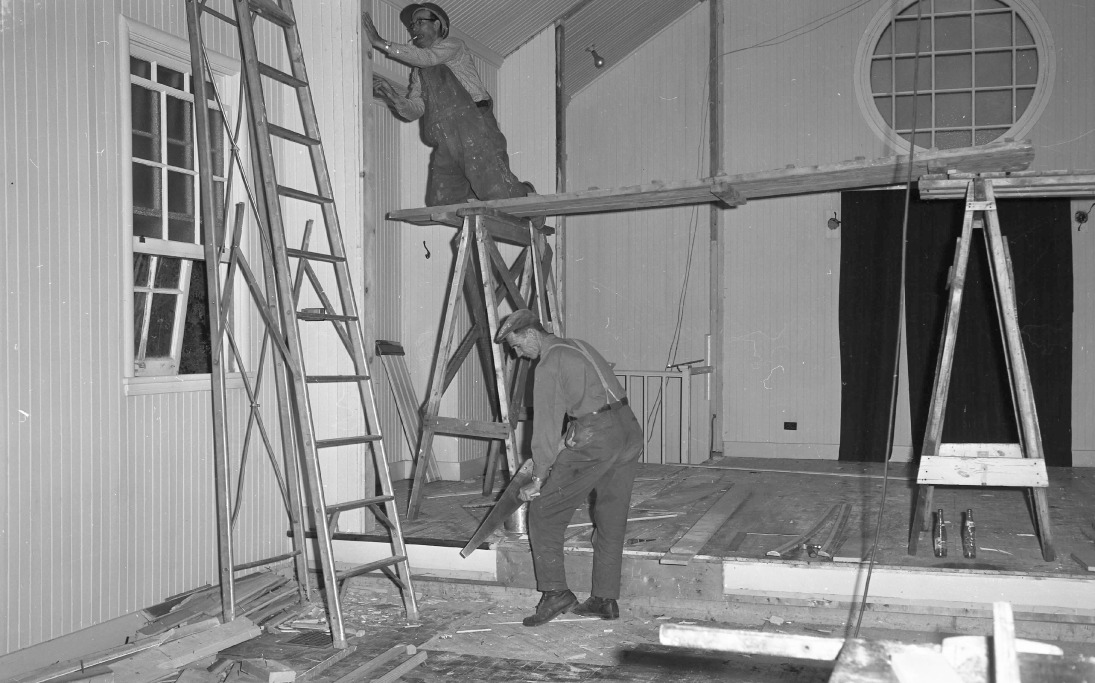 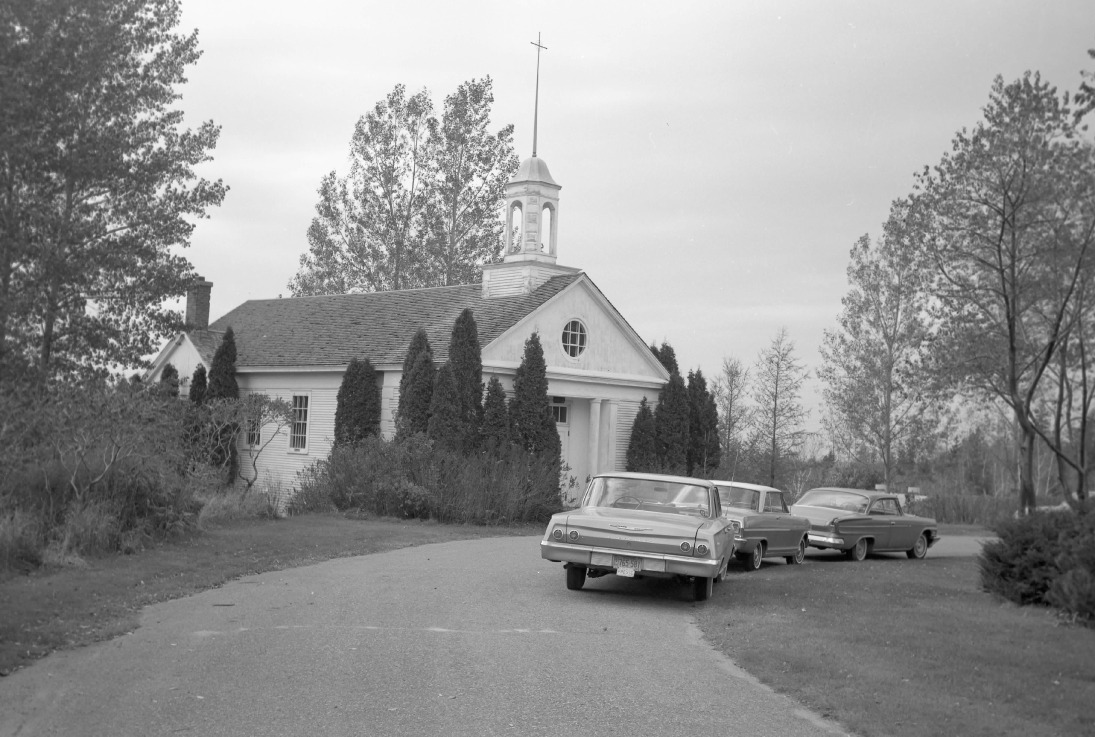 We are in front of the former Protestant chapel.

The construction site for the Isle-Maligne hydroelectric development project attracted large numbers of workers from outside the province, and some decided to stay after completion. Until 1941, many of these citizens gathered for Protestant religious services in a camp where the workers and their families lived. Some of them eventually moved to the company town of Riverbend.

Emmanuel Church was built in 1947. English-speaking users called it the Meeting House, a term that French speakers distorted by calling it “Mitaine”. The building could accommodate up to 60 people. In time, the Protestant residents left Isle-Maligne, and the chapel was converted into a community hall. In 1964, it was again converted into a theatre called La Cabotière. It was in this theatre that the careers of well-known actors Michel Côté and Marcel Gauthier began with the Théâtre populaire d'Alma troupe.

This colonial-style building had a straight gable roof topped with a bell tower. It was covered with cedar shingles. There were twelve-paned sash windows, and bull's-eye windows in the central gable and on one side. The entrance door with windowed transoms was set slightly back from the façade and was framed on both sides by wooden columns. Wood clapboard covered the walls, with wood quoins at the wall junctions.

Since 2002, the building has housed the Maison du vélo, a reception area for cyclists travelling the Véloroute des Bleuets.