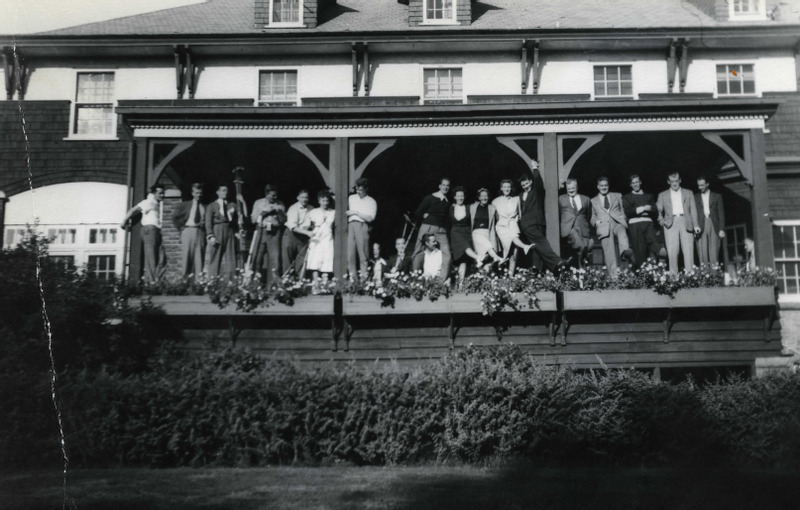 Construction of the Staff House, 1925 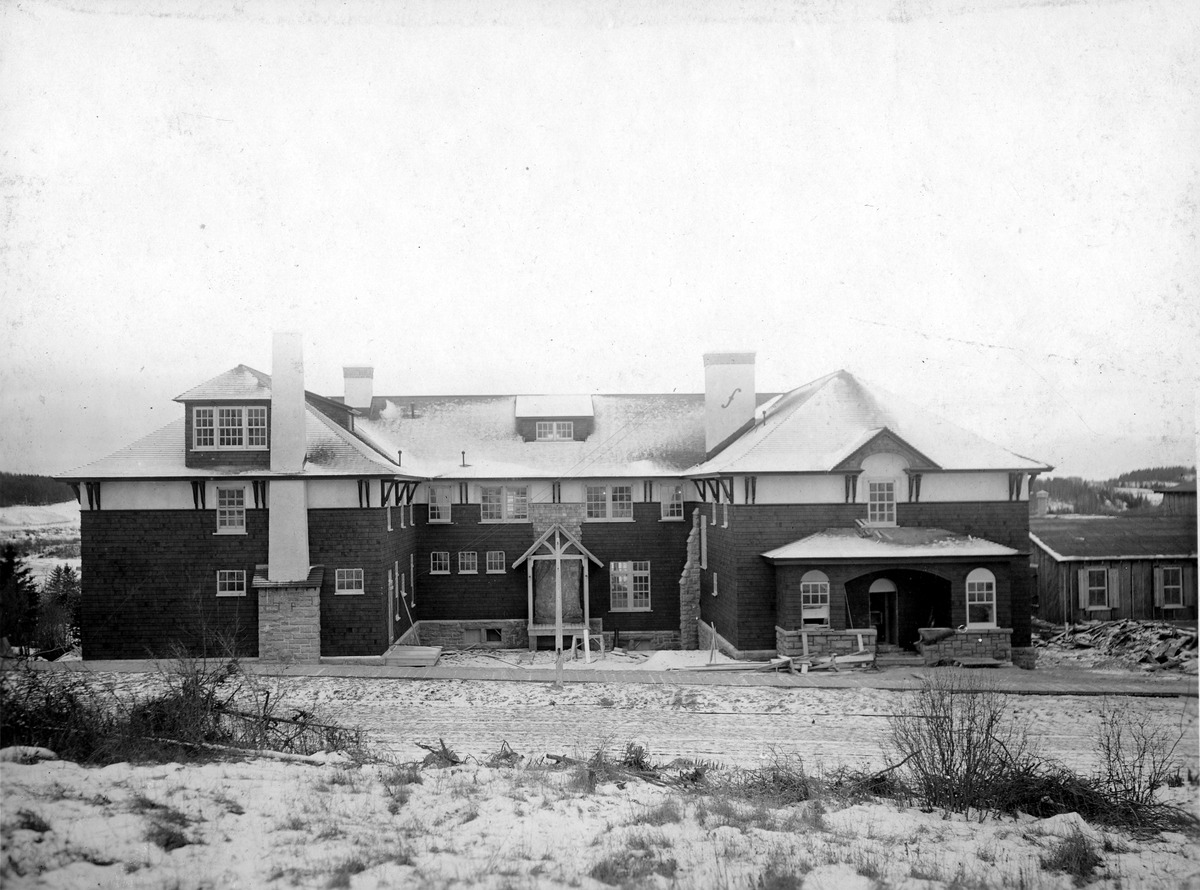 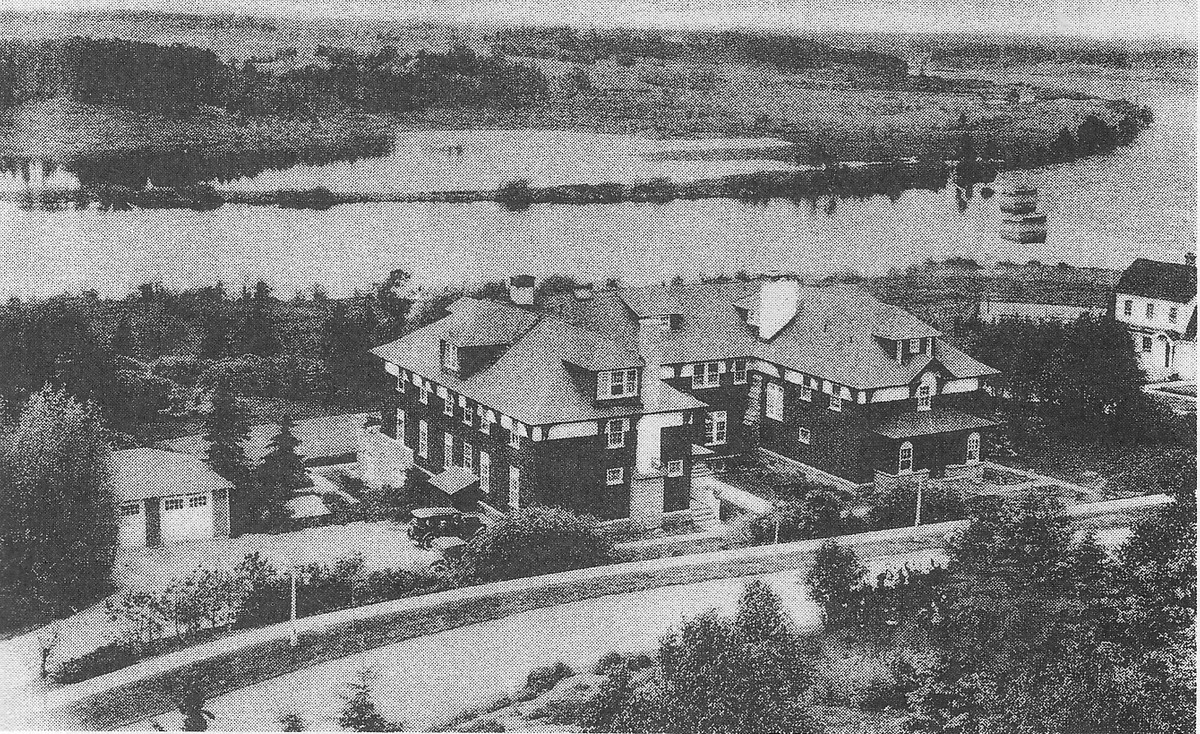 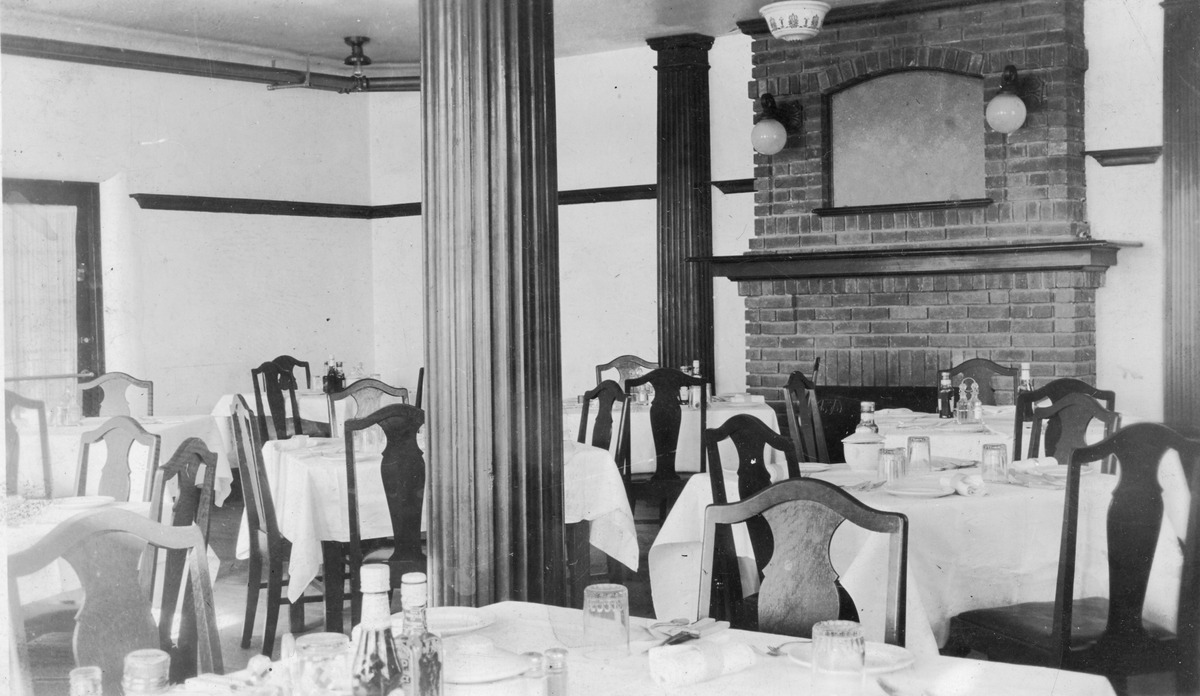 We are in front of the former Riverbend Staff House.

The Staff House was built in 1925 to accommodate unmarried management staff. It also provided lodgings for distinguished guests and company dignitaries. Receptions were held at the Staff House, in the great hall, where company-organised gatherings also took place, such as Christmas and New Year’s celebrations. It numbered some thirty rooms along with hotel/hospitality services.

Before the Time Office was built, the building also housed the town hall. The company manager was in charge on municipal affairs. The town council numbered seven members, all Price Brothers management staff.

Originally, the imposing Tudor-style, U-shaped building dominated the horizon. The cedar shingle roof was adorned with hipped and creeping dormers. The roof overhangs featured decorative ravens sculpted in wood, and checkered sash windows with or without transoms. The front of the building had two entrances: one simple double-door entrance with centred transom and small wooden roof, and the other featured a large veranda with incorporated arched openings and carved stone. The walls were mostly covered with cedar shingles, with rough plaster in some places, especially the upper parts of the walls. The foundations and rear adjunction were covered with carved stone. Combined rough plaster and carved stone are also found in certain sections of the façade.

Between 1970 and 1980, a variety of bars and taverns rented space in the building. Since 1985, the Staff House has become the Coopérative d’habitation Le Manoir des pins. The building’s sixteen apartments are occupied by cooperative members.