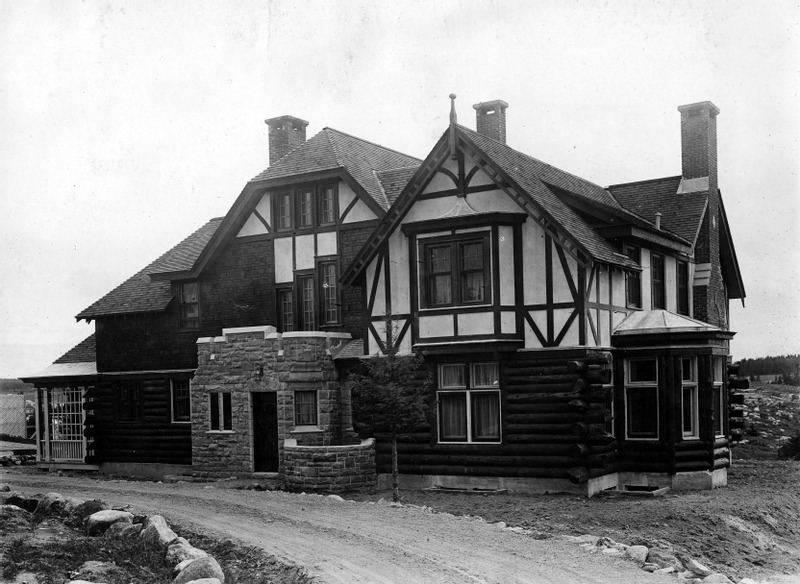 We are in front of the former home of the Price Brothers’ Company Manager.

Erected in 1926, the manager’s house was the only Riverbend home that opened onto the Petite Décharge River. The large Tudor-style house was where the plant’s most notable executive, along with his family and housekeeping staff, resided.

Originally, the openings of the façade were positioned asymmetrically. The cedar roof featured a variety of shapes. The rafters were visible, and decorative woodwork with a hip knob adorned the front part of the gable roof. The windows were sash type, some checkered, some single-pane. The façade of the house features a predominant carved-stone portico. At the time, several types of materials were used on the façade, including logs, carved stone, wood shingles, and rough plaster, along with false half-timbering. Three brick chimneys crowned the building.