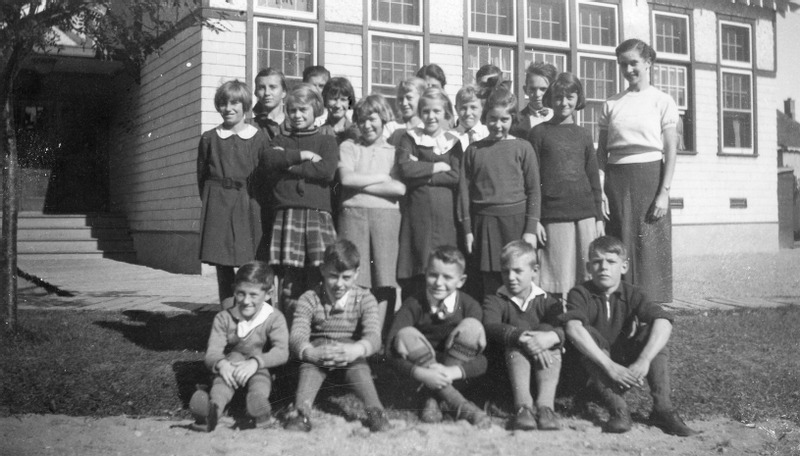 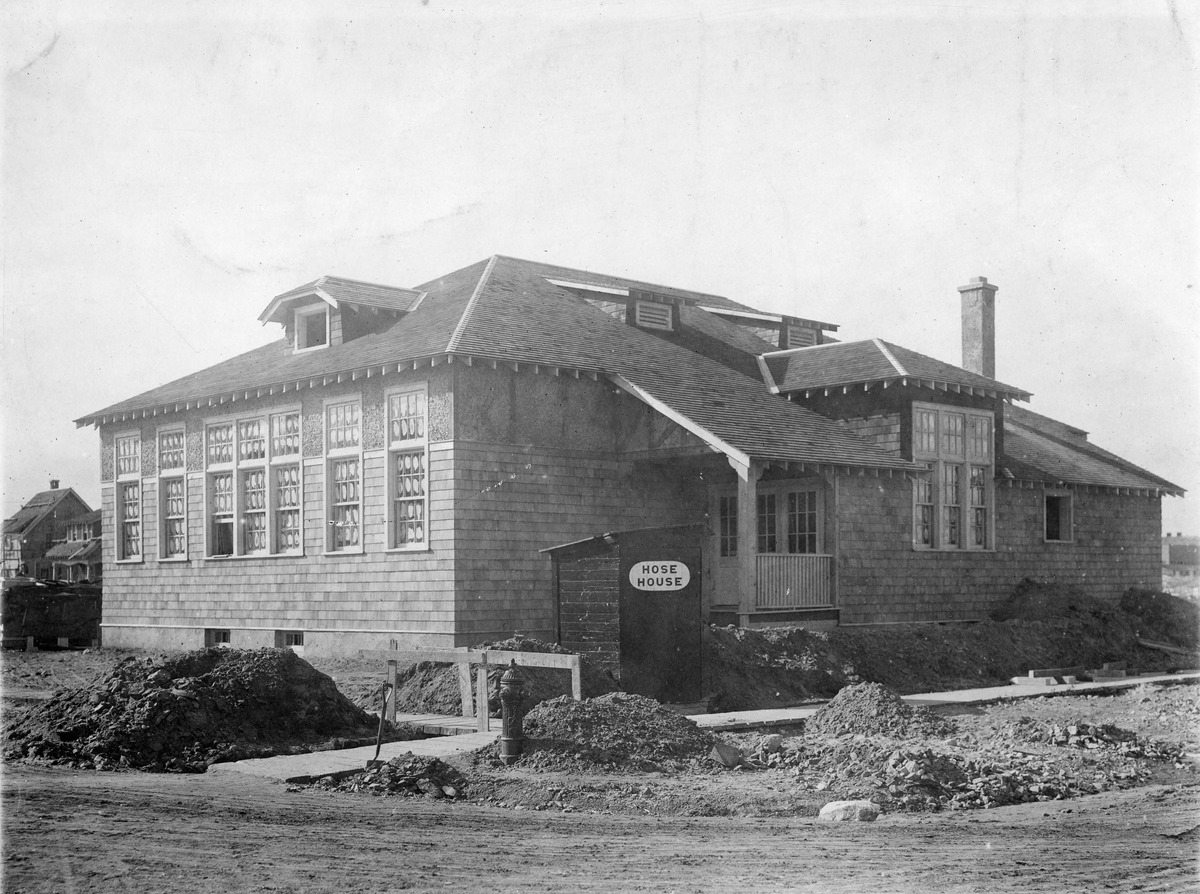 We are across from the building where Riverbend’s children went to school.
In 1925, the first lessons were held in a temporary school, for both Catholic and Protestant children. In 1927, Saint-Michael School was opened, the first institution for Riverbend’s English-speaking Protestant children. It could accommodate 57 pupils. Following a request by English-speaking Catholic families, the school decided to also include their children. Then, a decision was made to found two school boards, one Catholic and one Protestant. Protestant children were moved to a new school, Riverbend High School, which could accommodate as many as one hundred students, some of them from Isle-Maligne. French-speaking children, for their part, had to go to Naudville to get their lessons in French.

During the 1980s, Riverbend High School was reoriented as a primary school for French-speaking children and named Arc-en-ciel school. A few years later, the institution was moved and the building became the La Bambinerie daycare. An extension was erected behind the old school to accommodate greater numbers of children.