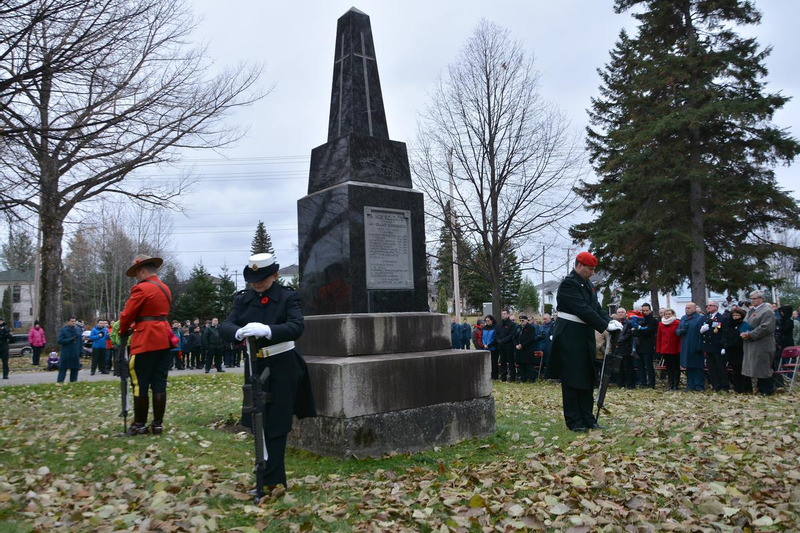 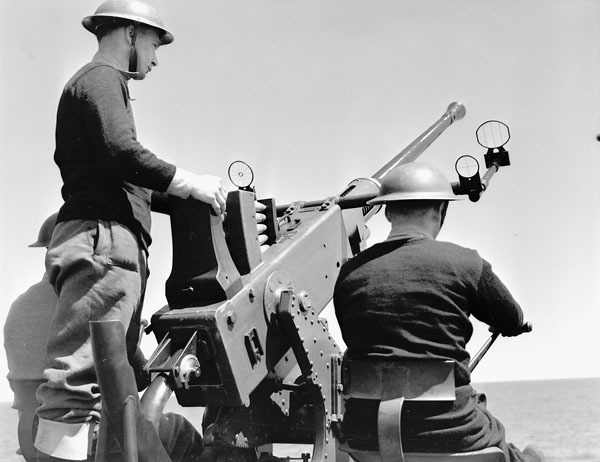 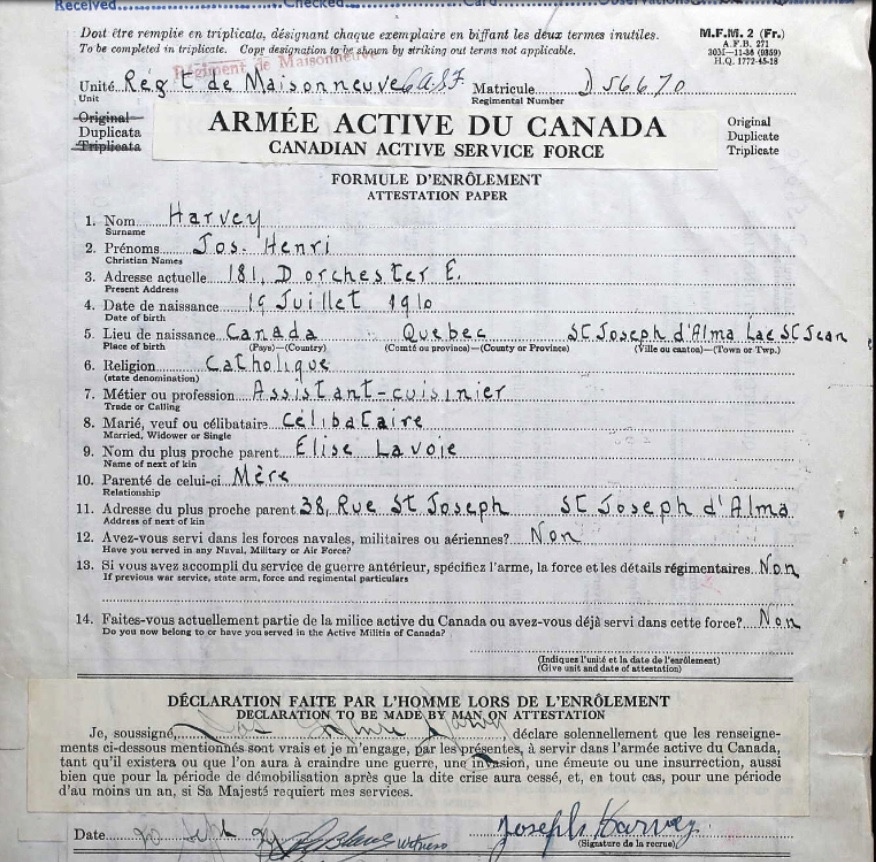 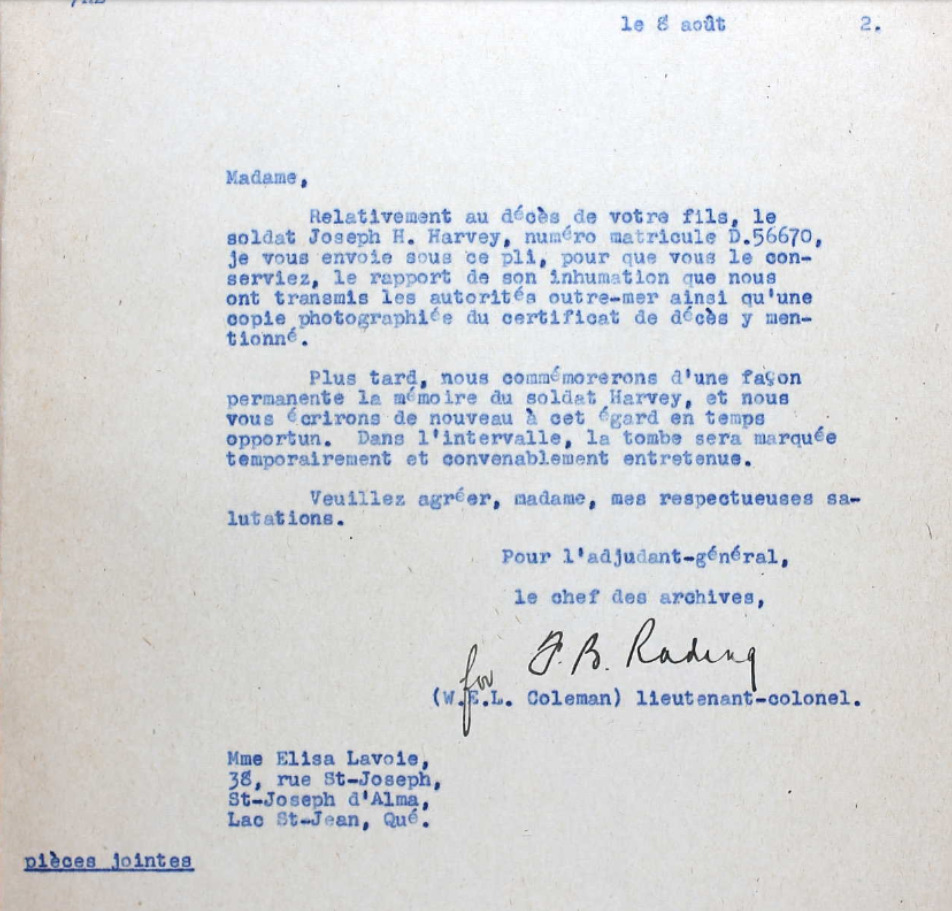 This is the war memorial.

During WWII, the Saguenay–Lac-Saint-Jean region became one of the largest aluminium producers – a key material for the war effort. To protect the hydropower plant and aluminium-producing facilities, the 14th Anti-Aircraft Artillery Division was mobilised to the area.

The population also played a role in the war effort by recovering everything that could be reused; for example, waste paper was used to make shell casings and shipping cartons; old rags were used to make uniforms and blankets for the military; and waste metal was used to make bombs, guns, tanks, canons, and ships. Even leftover grease and old rubber were reclaimed.

Moreover, in an effort to overcome labour shortages, the Canadian Government wanted to force foreign inmates and prisoners of war to work in the logging industry. Hence, the Price Brothers Company ended up hiring a few war-detained Germans for their logging operations in the upper Lac-Saint-Jean area.

This war memorial bears the names of soldiers from Alma who died in battle and military operations. On November 11 each year, a Remembrance Day ceremony is held at the monument.