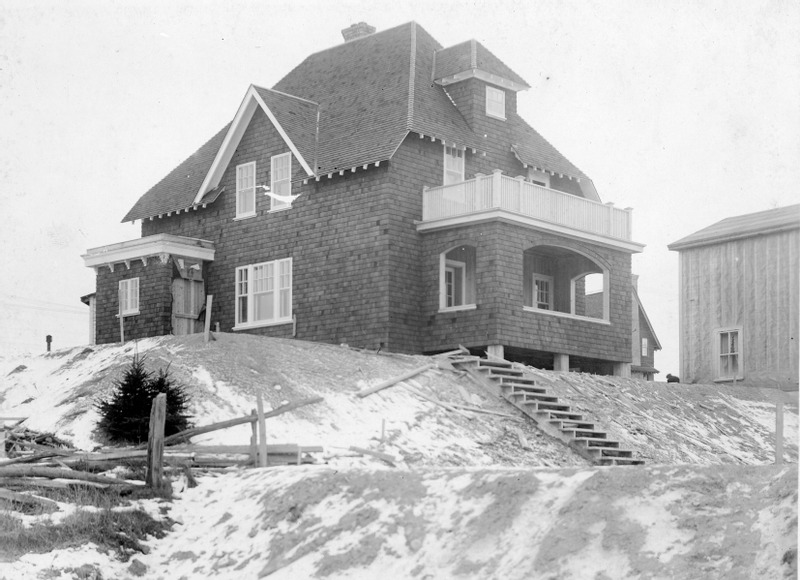 View of McNaughton Street, circa 1930 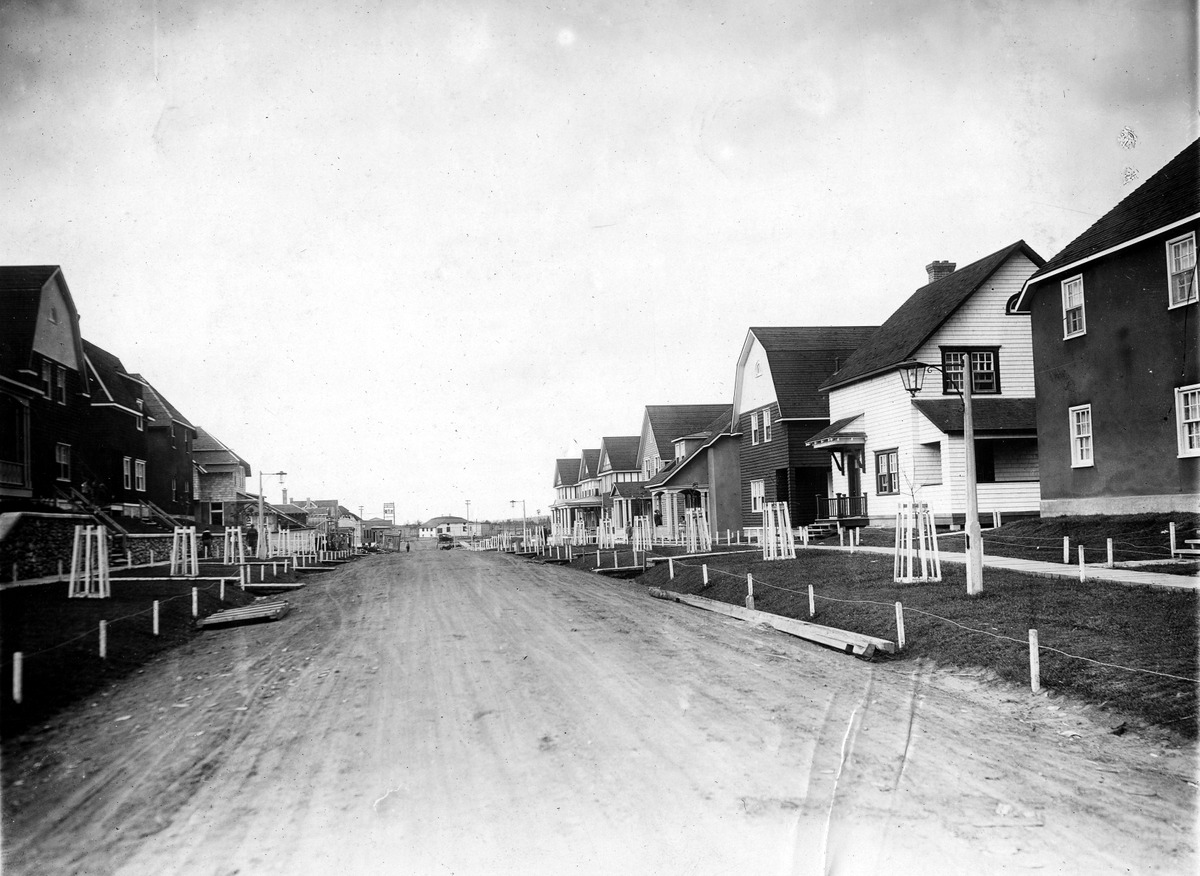 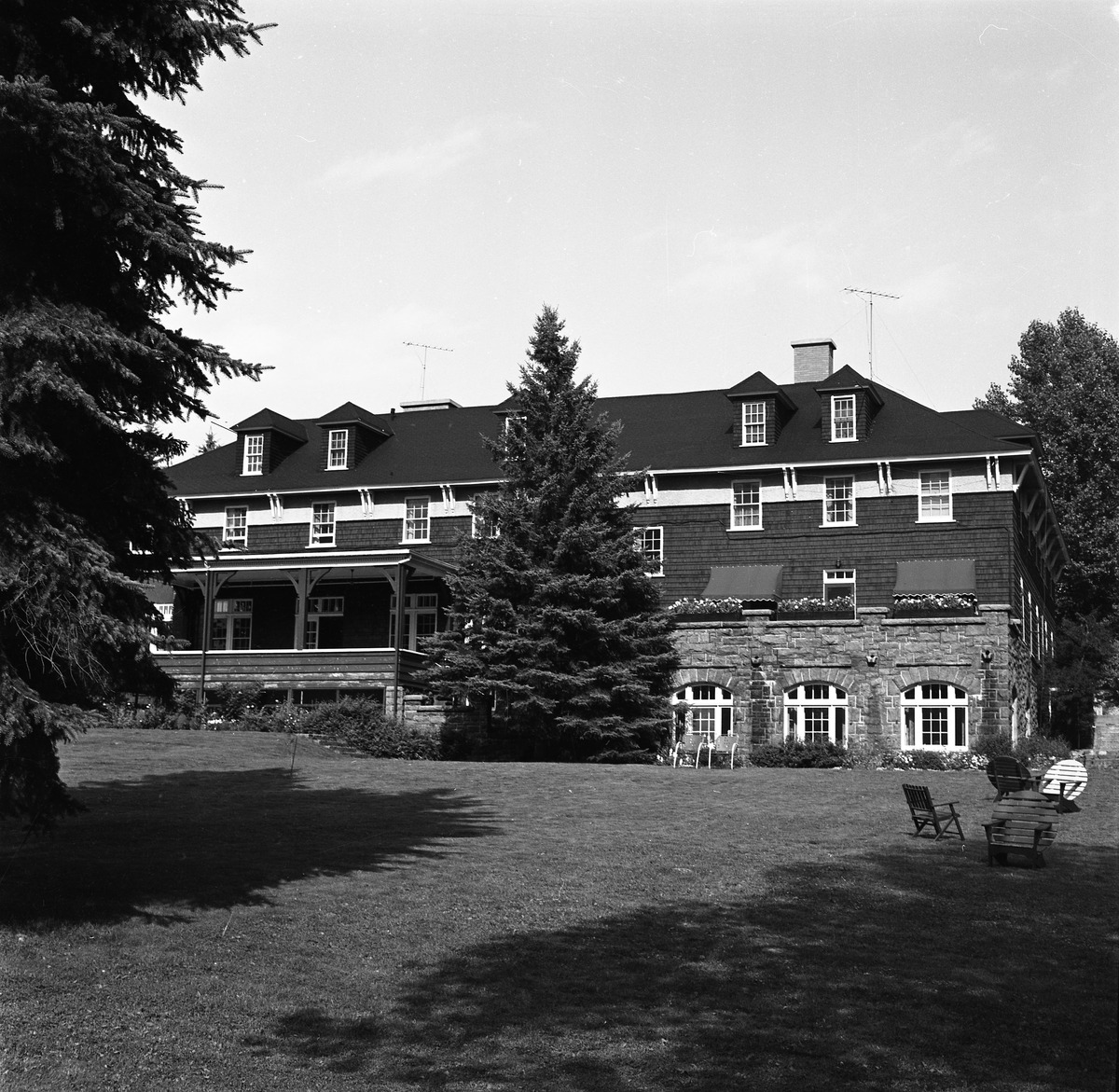 The Lachance family in front of their Riverbend home, circa 1930 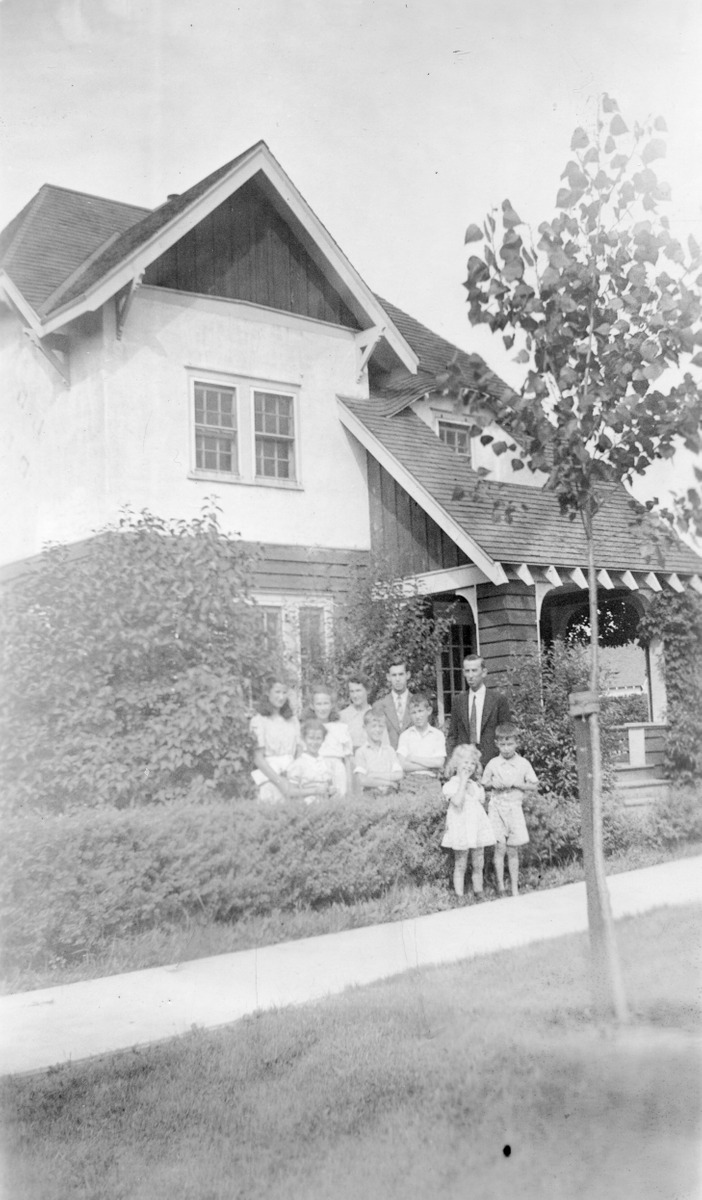 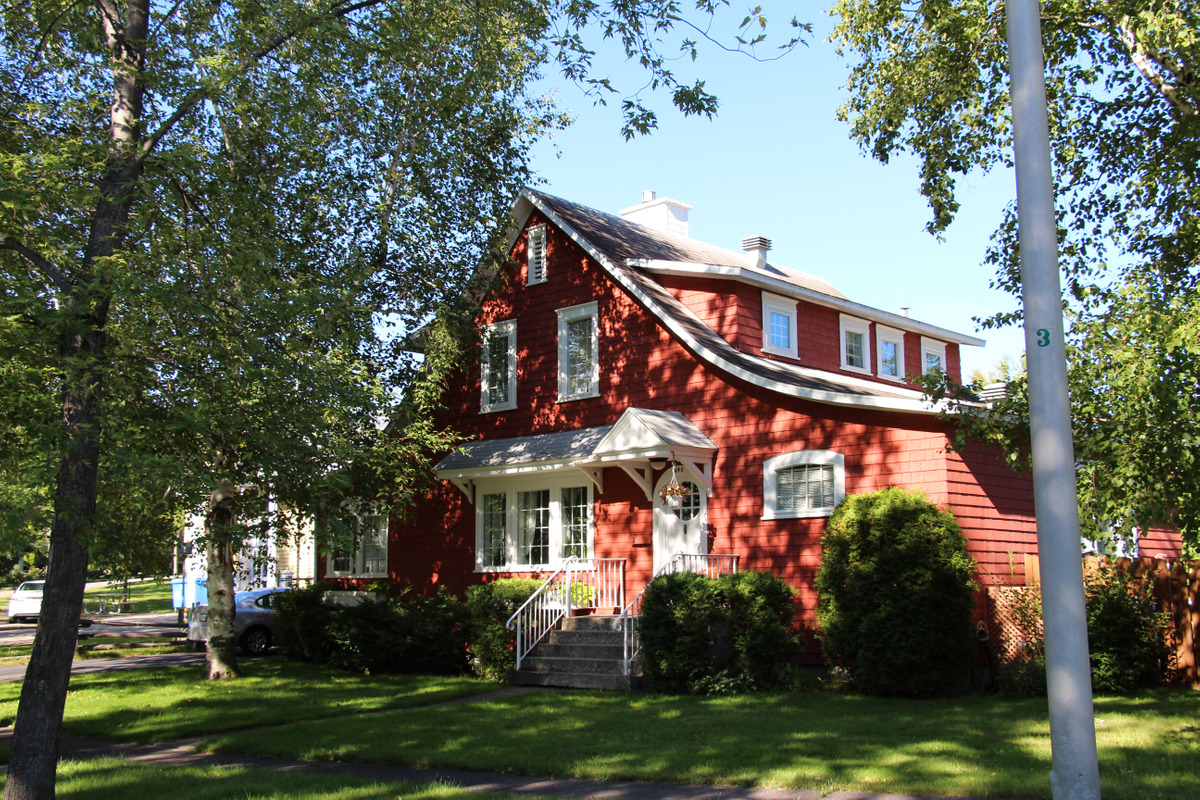 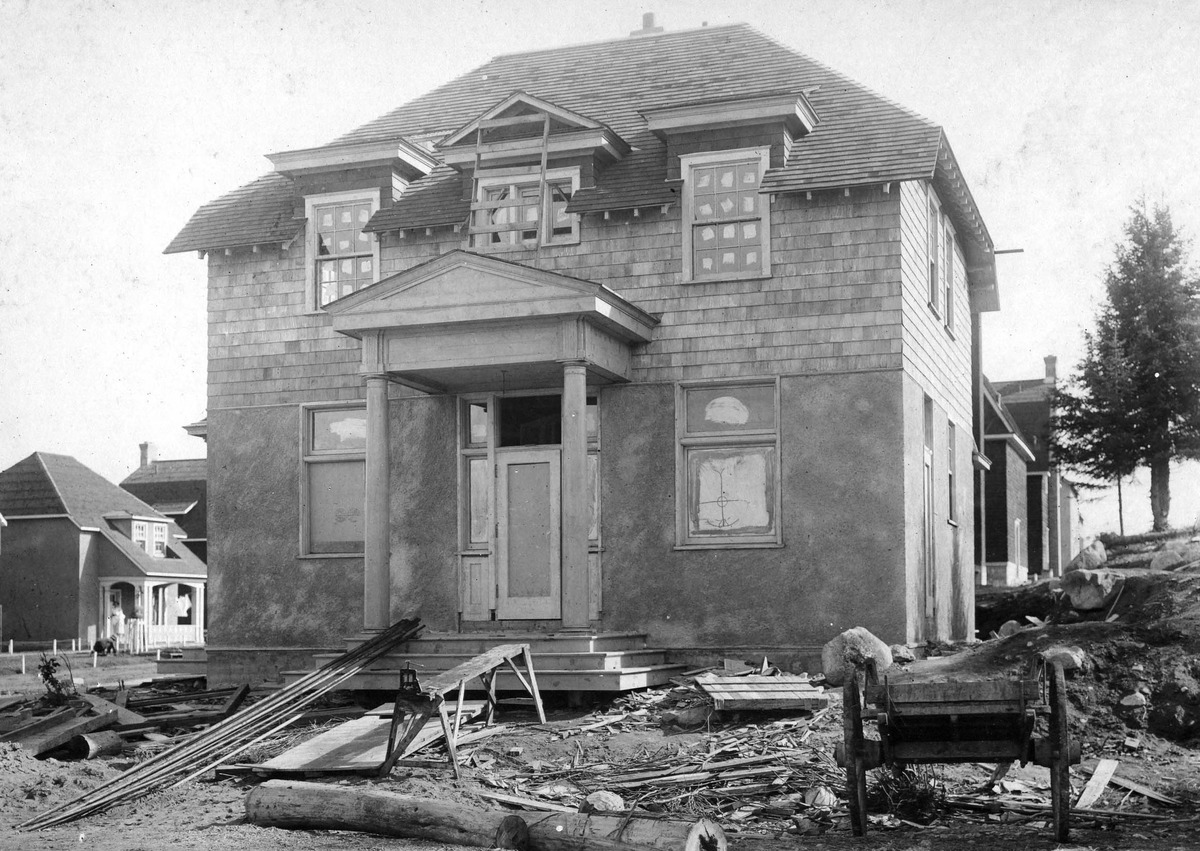 Corner of Price and Maloney Streets 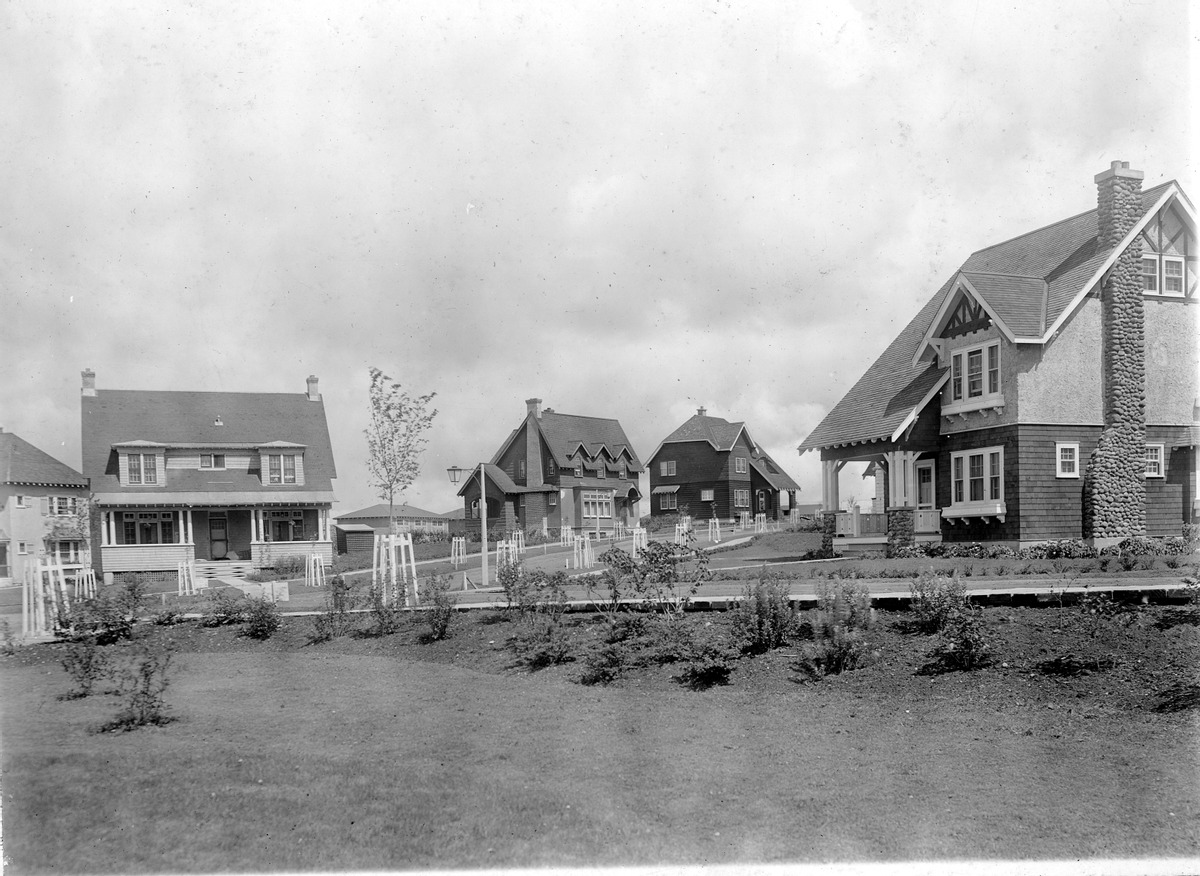 We are now on McNaughton Street.

In the Riverbend company town, two architectural styles dominated the landscape. First, three homes were built in the Tudor-style: the Staff House, the manager’s house, and the King Edward. They stood out with their sheer size and materials, such as wood siding and shingles, carved stone, clay bricks, steep roofs, and false half-timbering on the rough plaster.

Other homes, of American vernacular influence, were smaller, generally one and one-half-storey single-family homes. The openings were asymmetrically positioned. The walls were covered with wood siding or shingles. The rafters were often visible under the roof overhangs.