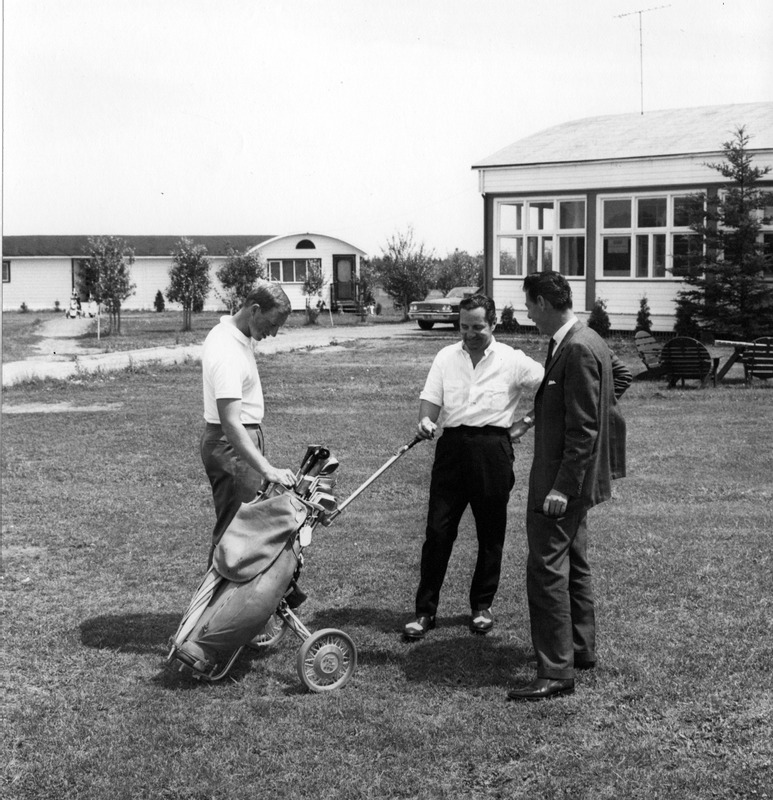 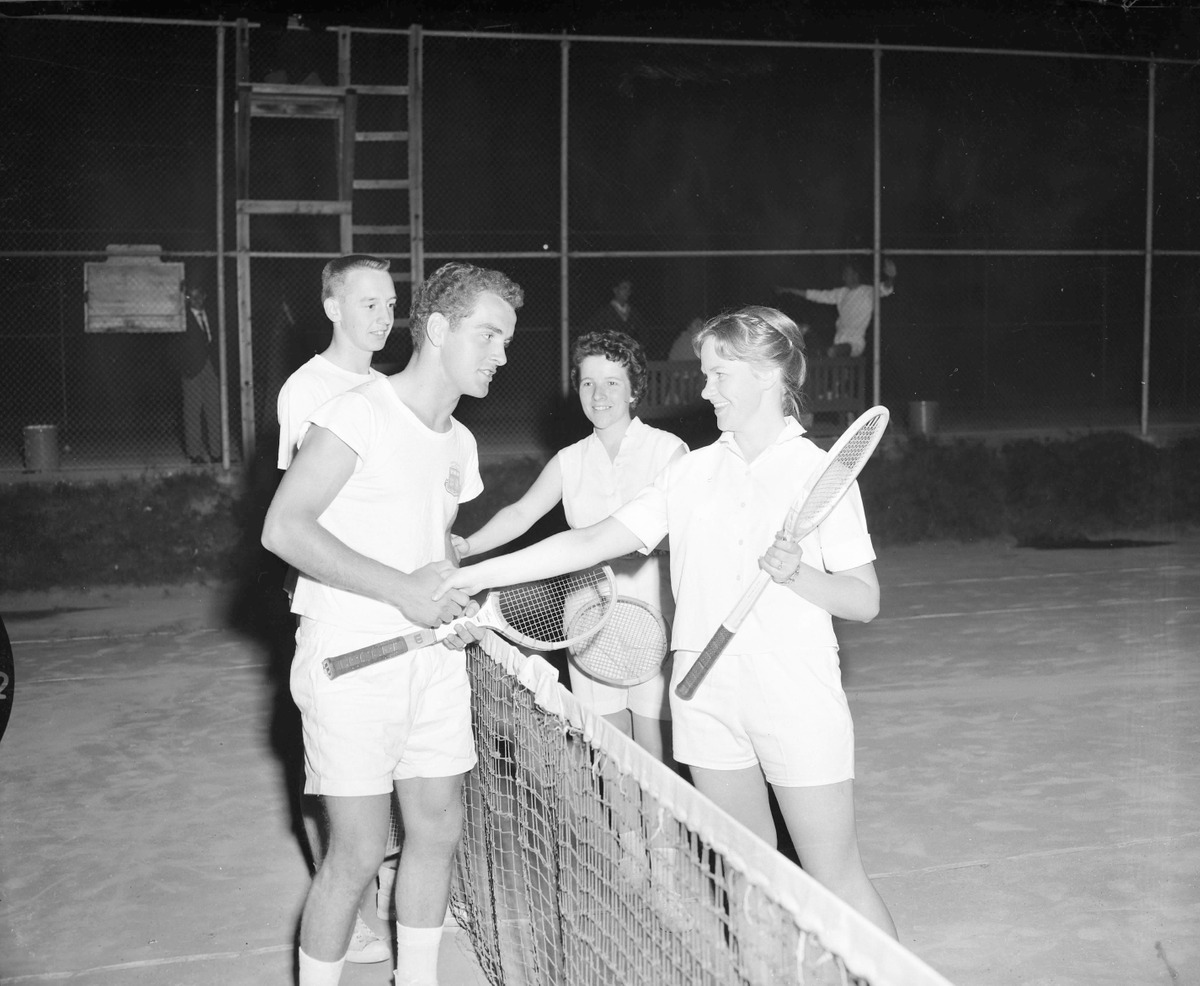 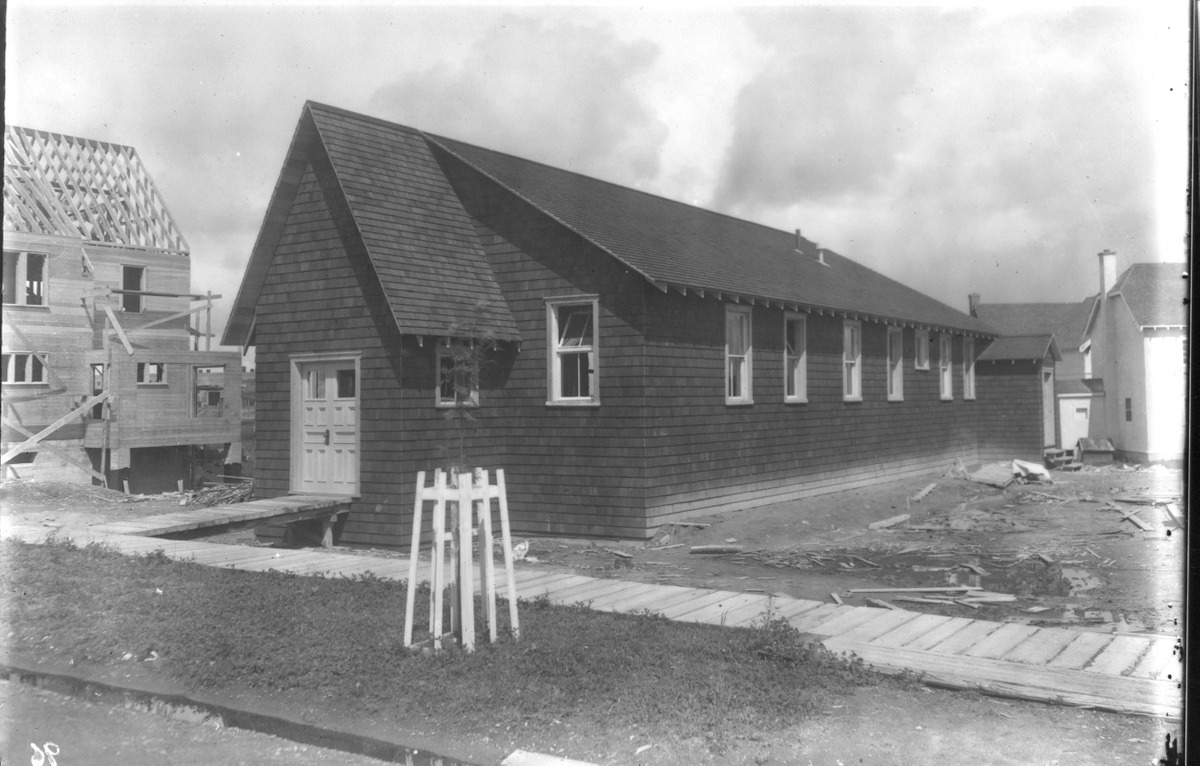 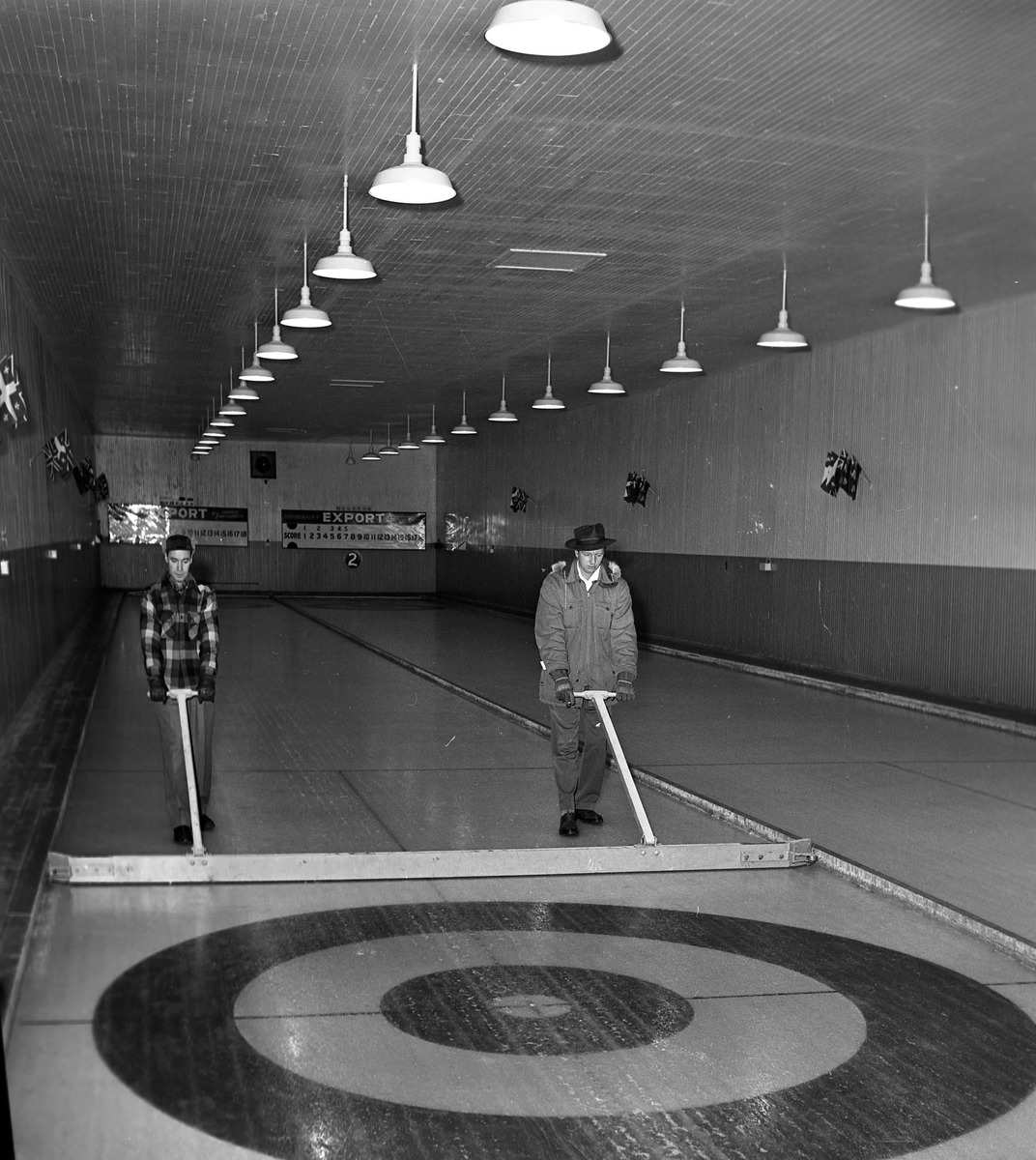 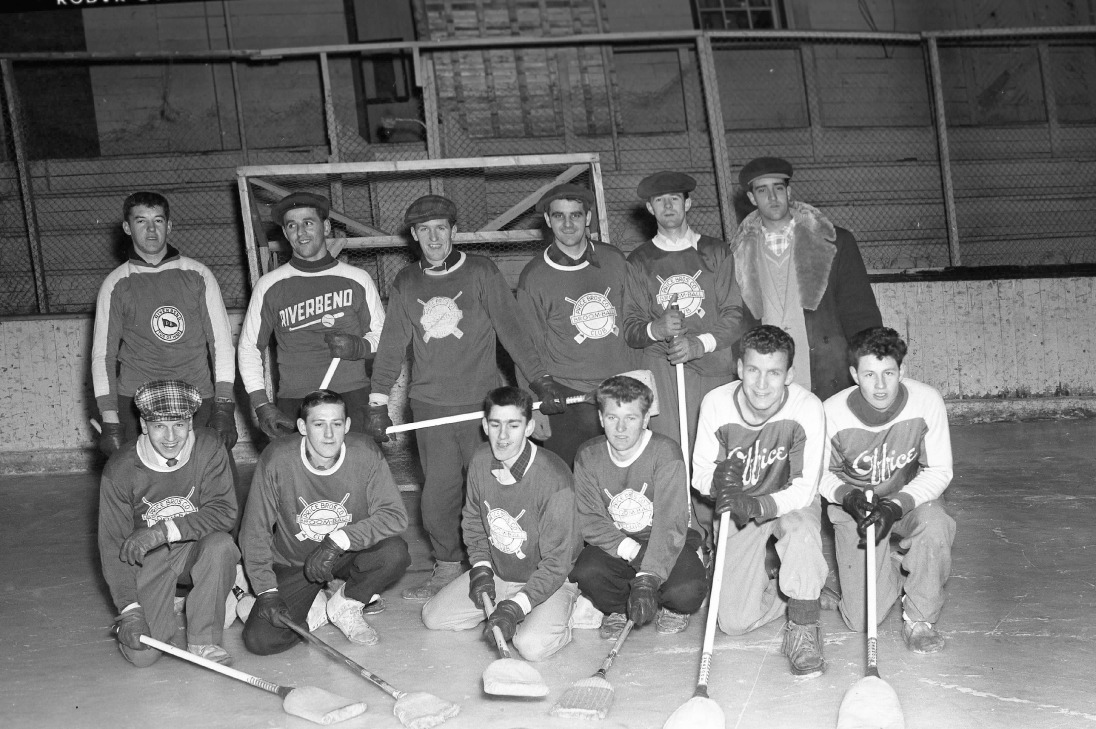 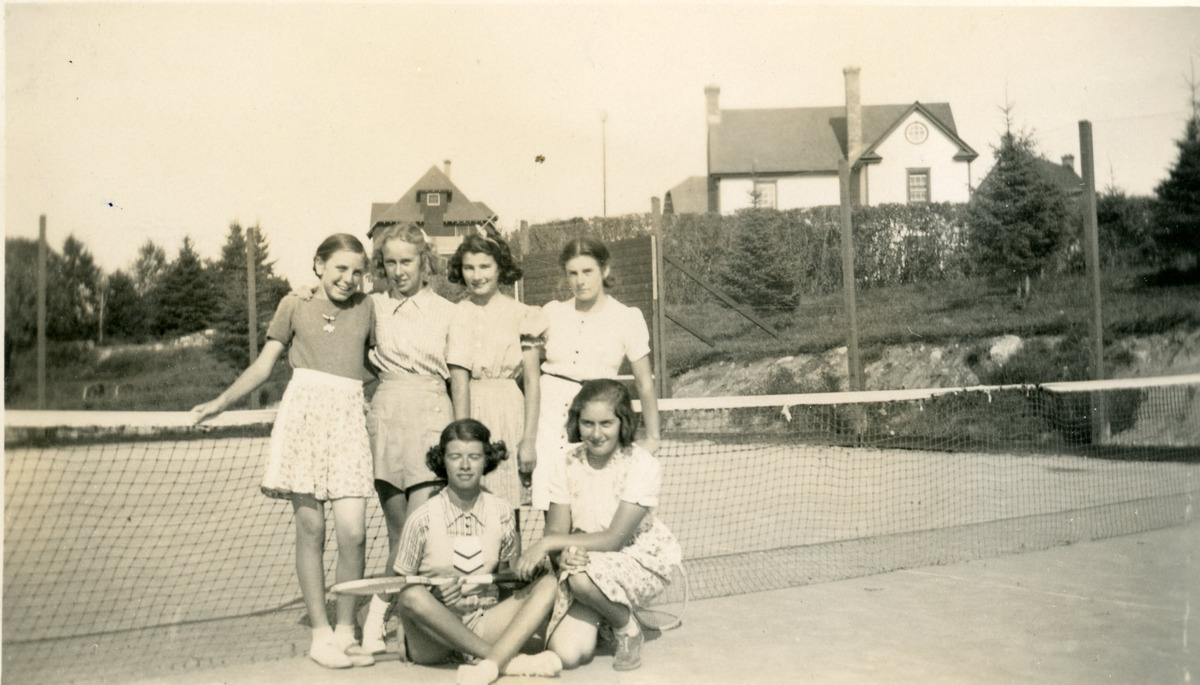 We are in the park where the Riverbend Community Hall once stood.
To ensure good quality of life for residents and reinforce the company town’s social fabric, the company promoted sports and leisure activities and, in doing so, equipped the town with sports and recreational infrastructures.

In 1925, a community hall was built on the hill, in the north sector of the central park. The building made it possible for various community groups to organise activities. Starting in the 1960s, the hall was dedicated to the town youth and was named Teen Town. In 1966, it was transformed into a training and entertainment facility for the Alma police force. The building finally burned down in 1971. The remains of the community hall, a concrete staircase that formerly led to the building, can be seen from Maloney Street.

The Riverbend Curling Club was founded in 1928. An old building used during construction of the mill, at the end of McNaughton Street, was initially used for the sport, played on natural ice. In 1947, it was demolished to make room for the current building at the town entrance. It was expanded more than once. Starting in 1953, artificial ice was introduced, making it possible to extend the curling season.

The Town of Riverbend also had hockey teams: four clubs representing four mill departments. They played on a rink located near the Time Office. The children of company employees were hired to groom the ice. Tournaments were organised with teams from other industries and municipalities.

During the summer, Riverbend residents, as well as Saint-Joseph d’Alma and d’Isle-Maligne notables, could refine their golf game. In 1931, a golf club with a nine-hole course was designed. Every year, a friendly tournament was held between the company’s different teams. Workers and their families joined the gallery and cheered their favourites.