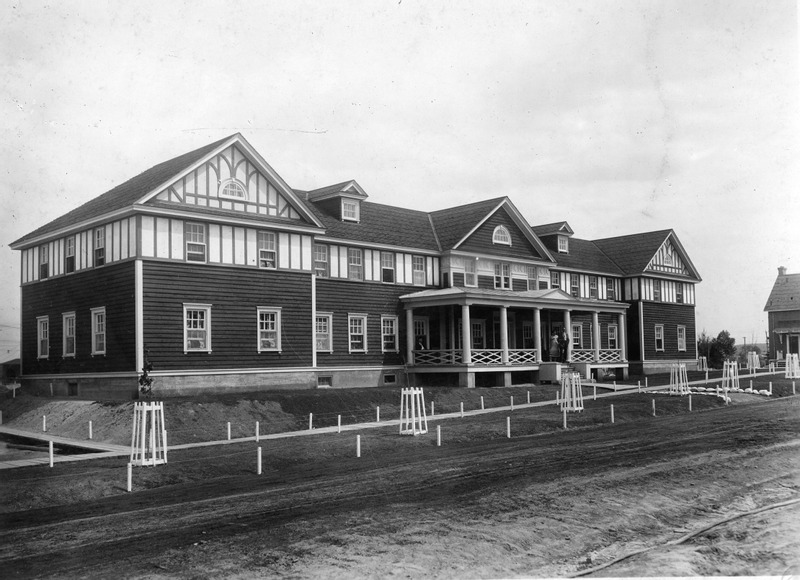 Facade of the King Edward, circa 1925 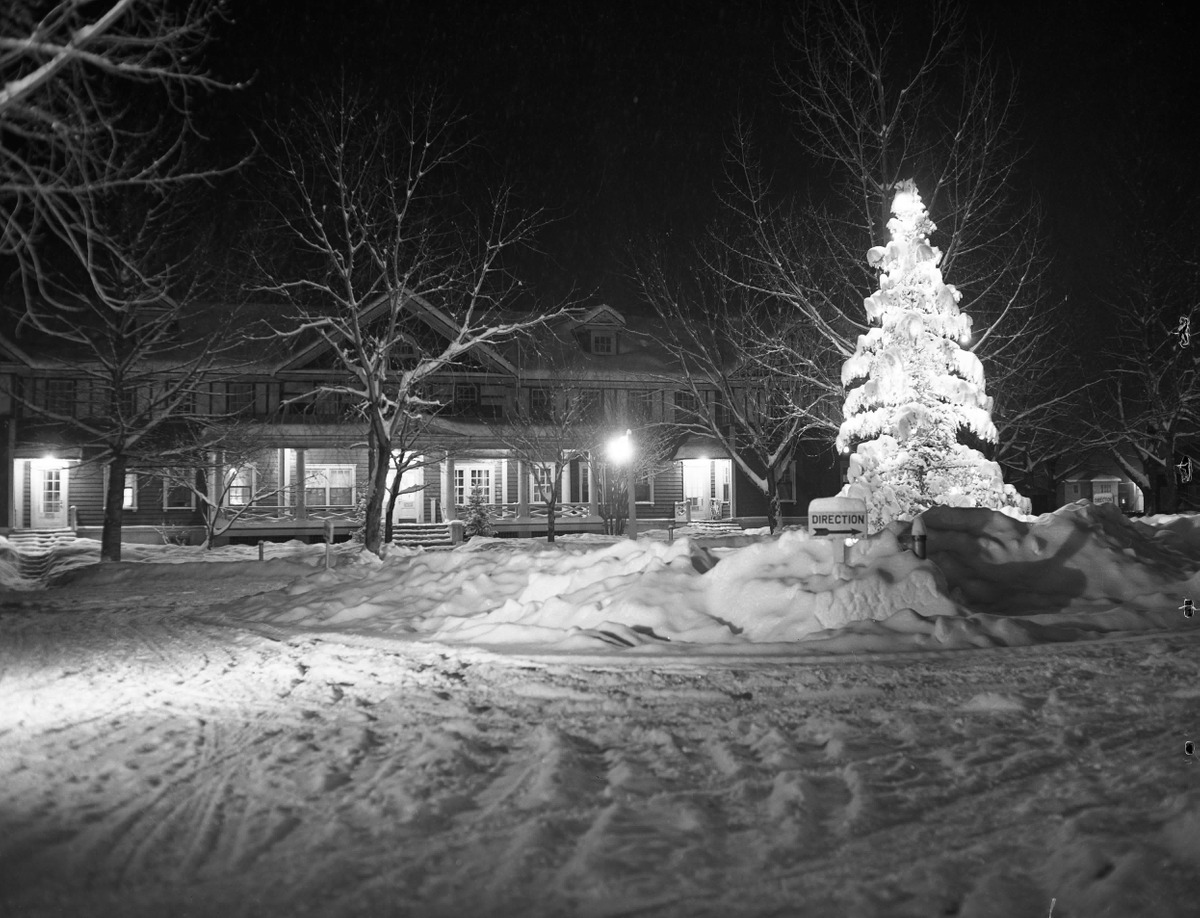 We are across from the King Edward.

The original Tudor-style King Edward had 34 rooms. The building was used to lodge visitors and the company’s unmarried workers. It was later turned into a 14-apartment building used as temporary lodgings for families before they could move to single-family homes. It was also a residence for married couples without children or with one child.

Originally, the façade openings were symmetrically positioned. The roof was adorned with gable dormers with three symmetrical ornamented pediments. Serrated ornaments called modillions were visible under the central roof overhang at the front of the building. The façade had a double door with central transom as well as checkered double windows, either awning  outside or sash inside. The large front veranda was centred on the façade and covered with pinched sheet metal. It was supported by wood columns. The walls were mostly covered with wood clapboard siding. The upper part featured wood half-timbering on rough plaster, typical of Tudor-style architecture.