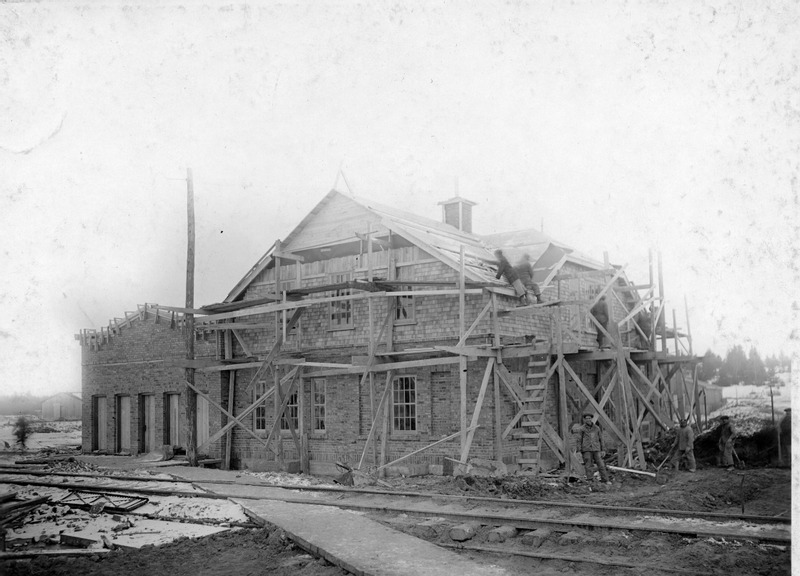 Manifestation in front of the Time Office, 1966 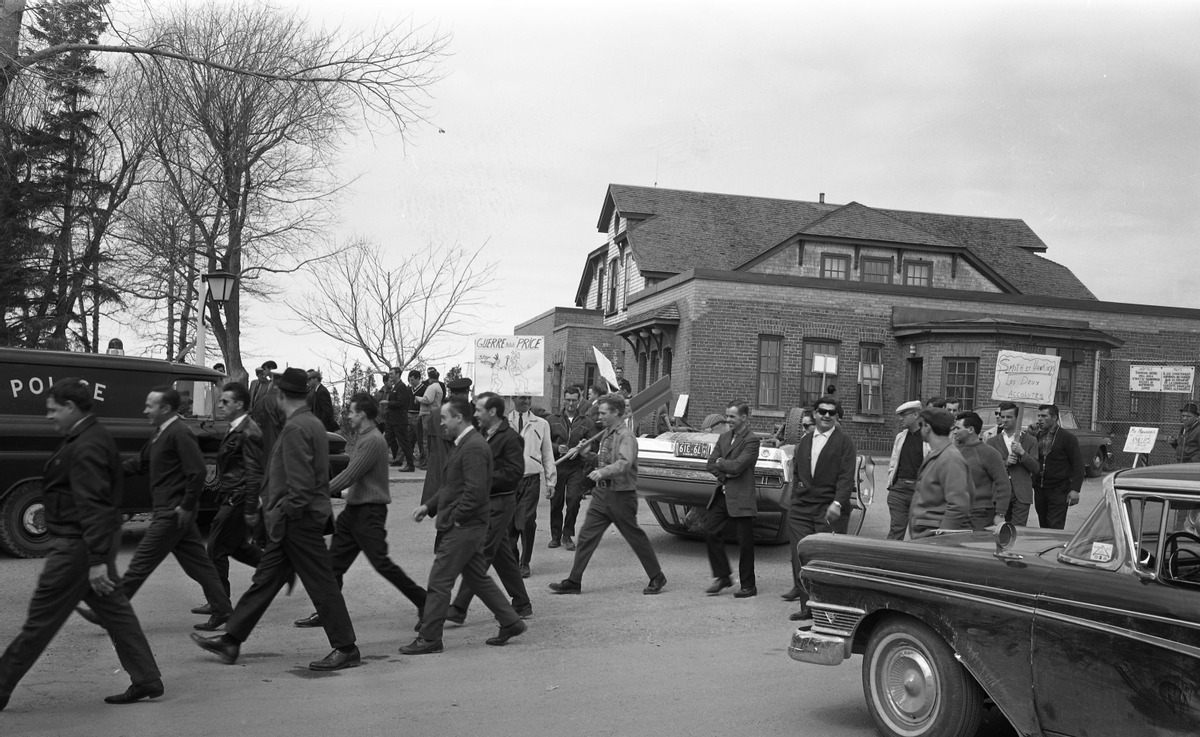 We are at the site where the Price Brothers’ Company offices stood in Riverbend.

Mornings and evenings, all pulp and paper mill workers, whether they lived in Riverbend or not, had to go to the Time Office to fill in their time cards. And on Thursdays, they all went back to collect their pay. The building also housed the management offices, where town council meetings were held, as well as a public library and the security department’s office. A greenhouse was set up behind the building, where flowers were grown to decorate the streets during summer. The building’s backyard also featured a small park with a pond.

On another note, only four or five people drove to the mill in their cars: they had to park near the Time Office. All other employees walked to work.

During the 1980s, the company built new offices and traffic was redirected towards the outer limits of Riverbend. The Time Office building thus became outdated and was demolished.