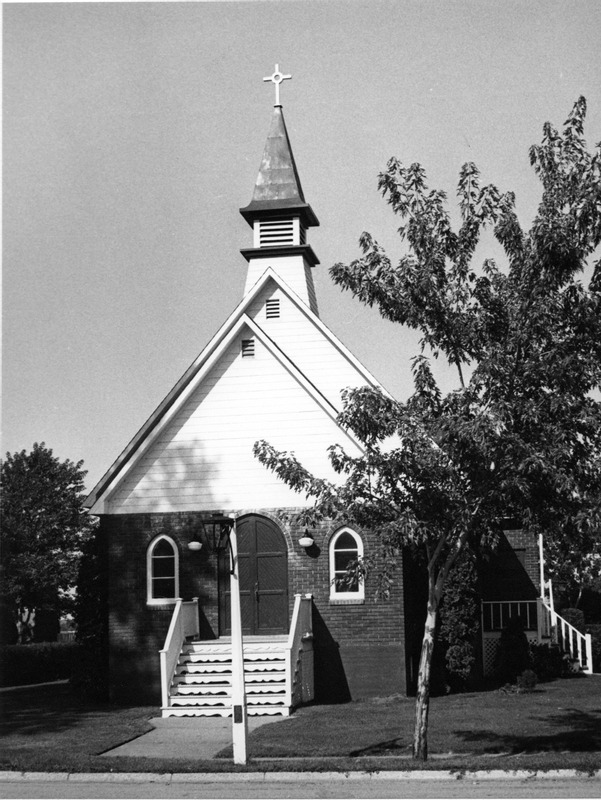 Induction of the new Protestant Pastor, 1968 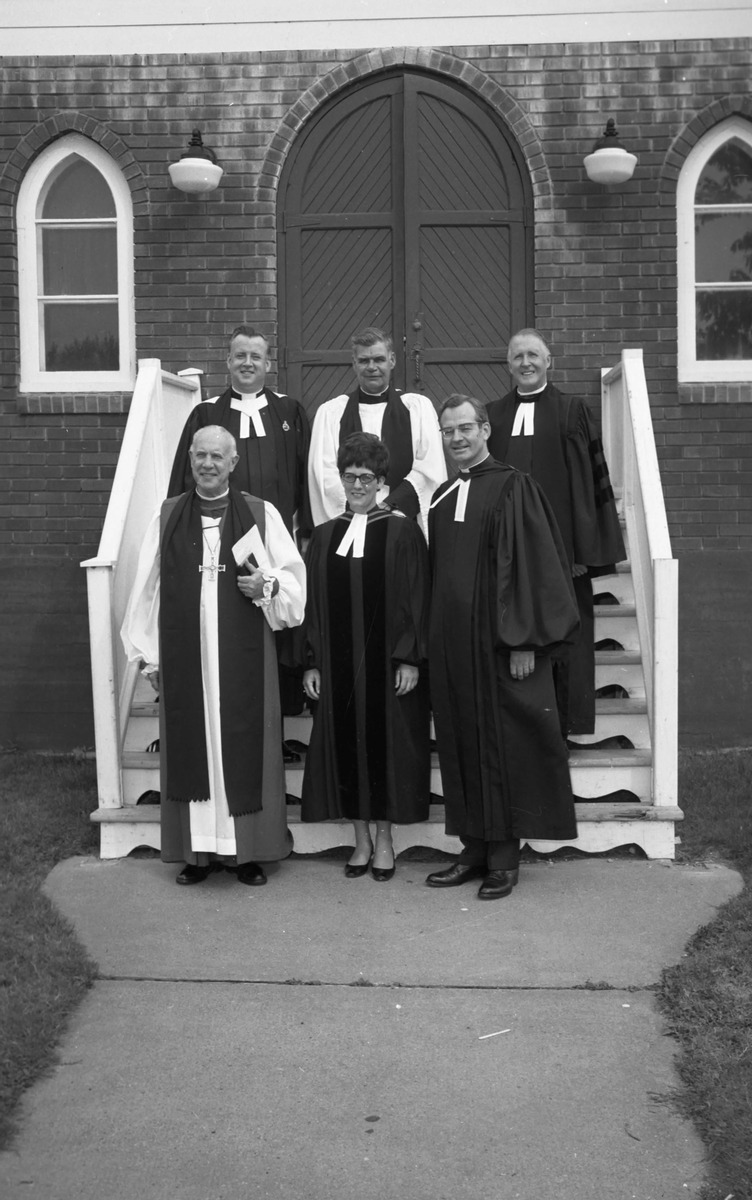 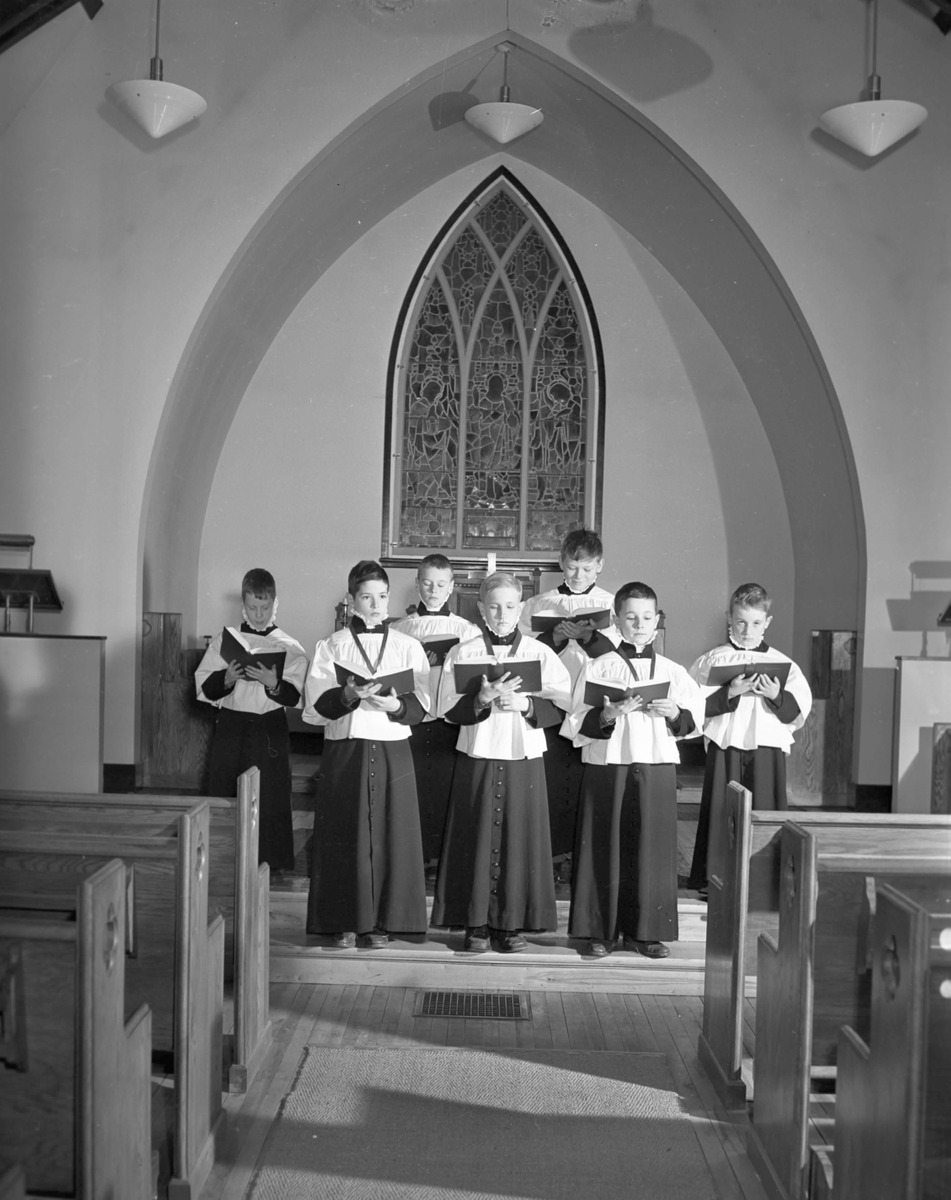 This is the former Riverbend Protestant Chapel.

At the time, Riverbend residents formed a small multicultural, multi-religion community. Catholic citizens went to church in Saint-Joseph d’Alma. When the town of Naudville was erected in the 1940s, the Saint-Sacrement Fathers provided religious services for the faithful. The Town of Riverbend was then annexed to that parish. Riverbend Protestants for their part had access to a small Anglican church starting in the 1950s. It was located at the entrance of town, across from the Curling Club.

The tiny, one and one-half storey Protestant chapel was built for the company town faithful. Its floor plan in the form of a cross was surmounted by a gable roof covered with asphalt shingles. The outside walls were clay brick and facings made from contemporary materials were installed on the gables. Two pretty ogive windows were set in each of the façades. A sober, simple cross was installed on the roof window.