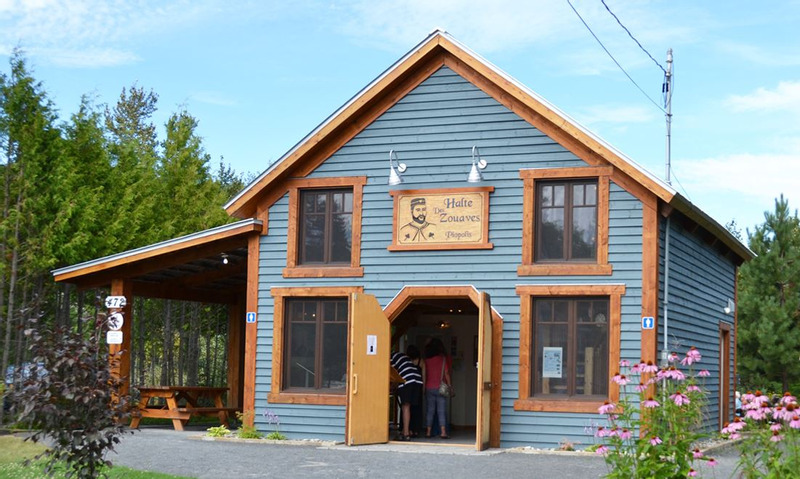 Who are the Zouaves who Founded Piopolis?

In the late 1860s, a war raged as the troops of General Garibaldi, under the orders of His Majesty the King of Sardinia, attempted to seize the papal territories of Pope Pius IX in order to unify Italy, hitherto divided. Faced with this critical situation, the Pope appealed for help to nearly twenty Catholic countries asking them to send men to defend the Pope's interests.

In 1868, Bishop Ignace Bourget of Montreal began recruiting men ready to defend the Pope as Zouaves. Educated people were first prioritize so that they could send writings of their journey, but there were also sons of farmers among the ranks. In the end, 507 Canadian soldiers were sent to defend the Pope.

However, from this war, Garibaldi and his troops emerged victorious while our Canadians were forced to return home.

From Soldiers to Colonizers

On their return from Europe, the Canadian Zouaves were offered lands by the Société Générale de Montréal to build a city in the honor of the Pope. It promises them a pension of $ 5 per month for 2 years and provides them with housing in the new colony. Fourteen Zouaves accepted the adventure and left for what will become the municipality of Piopolis.

In April 1871 the fourteen Zouaves left Montreal with their missionary Abbé Séguin, who was responsible for ensuring that the Zouaves would not get discouraged. They travel by train to Sherbrooke, then by stagecoach to Winslow (Stornoway). The rest of the path, almost 50 km, is crossed on foot through the woods. They arrive at their destination on 21 April. 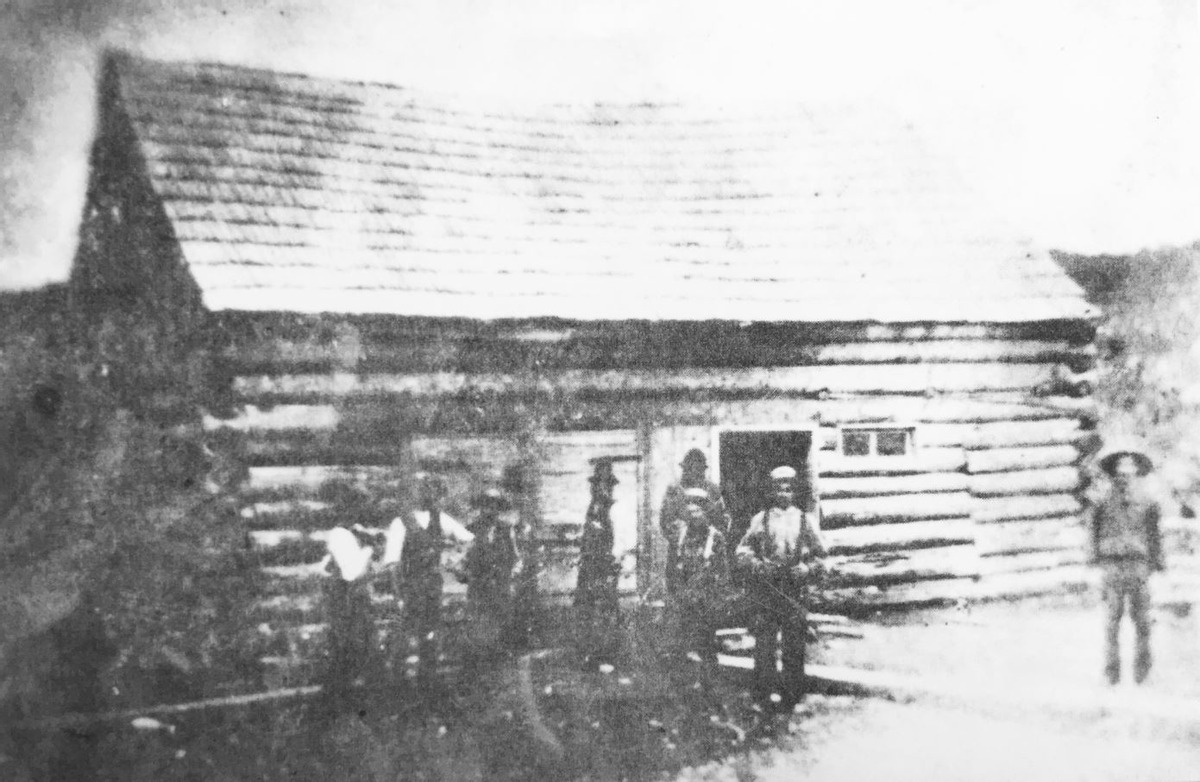 On site, settlers found a rudimentary one-room wooden cabin and an attic with a poorly fitting floor that served as a dormitory. It will house them for the first few months. However, in this late spring, the cold enters through the gaps.

Let's Get Down to Work

Upon arrival, settlers need to caulk the walls, cut down trees and make wood for heating. Later, they will have to clear the land to settle and cultivate.

In turn, they become cook to feed these fellows who have dug their appetite to stake, build paths, improvise carpenter to pierce windows, make furniture, clean the house, or simply settle down ...

In the evening, it's the vigil. They tease each other, they have fun, they sing. And the next day, they will resume the task with as much courage as the day before.

The little company will live like this for several months. But the starting group will decrease. Four of them will quickly make their way back. The others hold out, choose lands for themselves and begin to settle on their own estate. New settlers will join the ranks of the small colony. 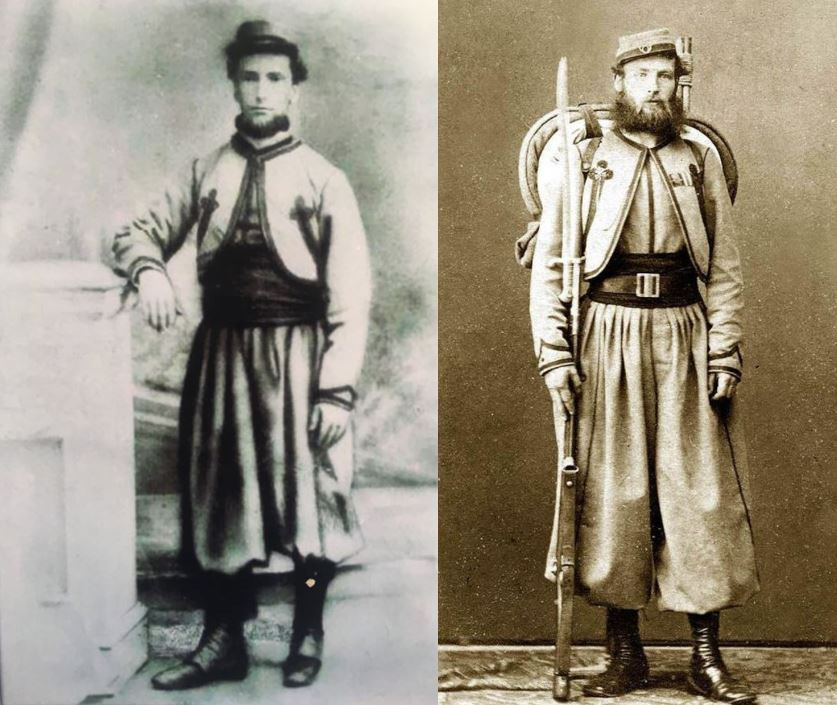 Here are two Zouaves wearing their papal soldiers' uniform. On the left, we see Odilon Martel, the Zouave who stayed the longest in Piopolis, 38 years.

Among the other Zouaves, some stayed for several years while others left quickly. Several historians believe that their role in the development of Piopolis is exaggerated, but it is still they who allowed the others to settle down.

Open during the tourist season, the Halte des Zouaves is the perfect place to discover the history of Piopolis. The term "zouave" refers to the battalion of volunteers responsible for defending the Papal States against Italy between 1860 and 1870. It seems a long way off, but it is to these soldiers that we owe the foundation of Saint-Zénon de Piopolis , which in Greek means "city of the pope".

In Canada, it was Monsignor Ignace Bourget, Bishop of Montreal, who participated in the recruitment of the Canadian Zouaves and who, in 1868, founded the Quebec order of the Pontifical Zouaves by setting up a first contingent of 133 Zouaves. They were men of exemplary morality, often cultured, good Catholics, and ready to die in battle.

Many Canadian Zouaves took part in the great movement and they were mostly from Quebec province. When the Canadian Zouaves left for Italy, Monsignor Bourget celebrated a mass in their honor and gave each of them a medal or a relic of Saint Zenon, a Roman soldier converted to Christianity. They therefore left Montreal on February 1, 1868 for Italy. The nuns of Providence had carefully made the military clothes of the Quebec Zouaves.

Despite the fact that they were ready to fight, very few Canadian Zouaves had the opportunity to measure themselves against the adversary. No Canadian died in this war which ended in September 1870 with the defeat of the papal troops and the disappearance of the Papal States. Our Canadian Zouaves were therefore repatriated and returned safe and sound after several setbacks, storms, hurricanes and illnesses.

At the Zouaves stop, you will find several archives that will allow you to learn more about the subject and the history of Piopolis.
Get directions
QR code