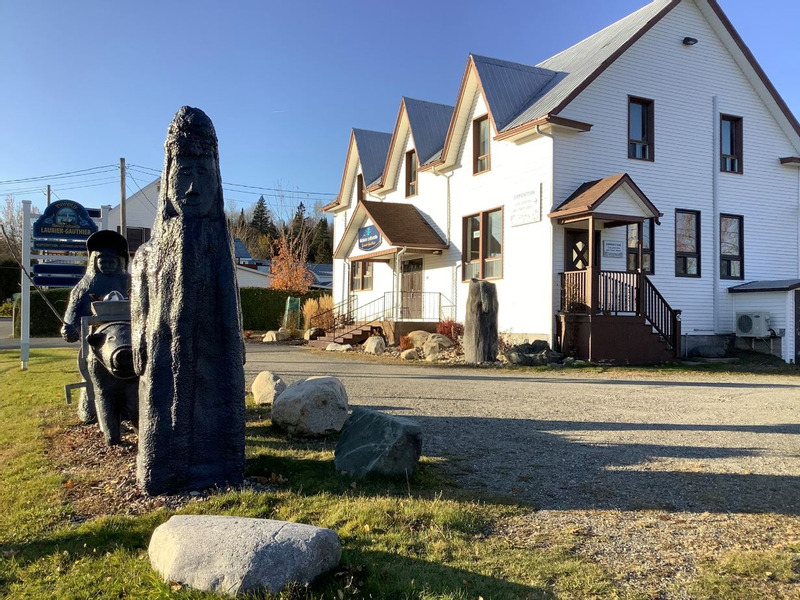 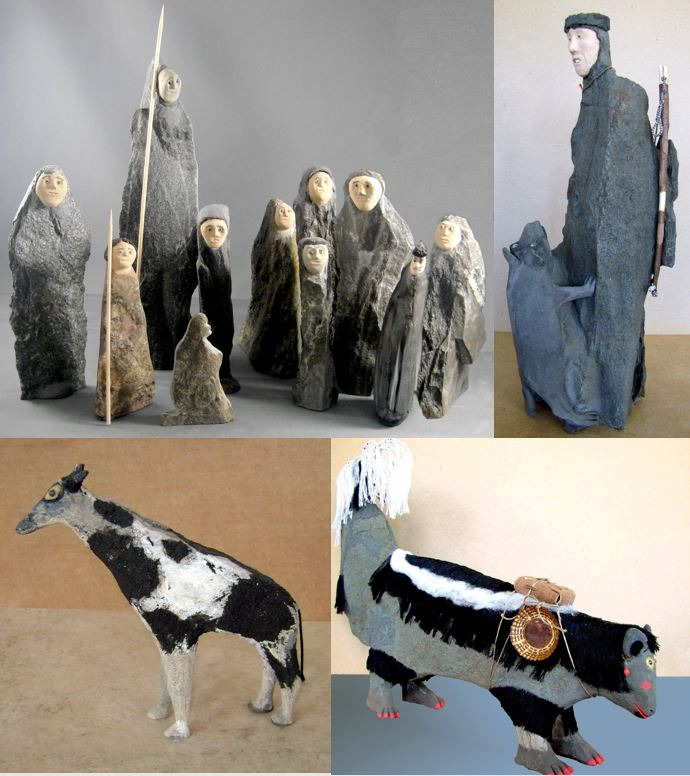 If we had to translate it, the name of the exhibition would be: "The stones that make you talk..."

The artist gives a symbolic life to the stones he found here and there on his way. The stones are sometimes left as they are, sometimes carved, painted or decorated. 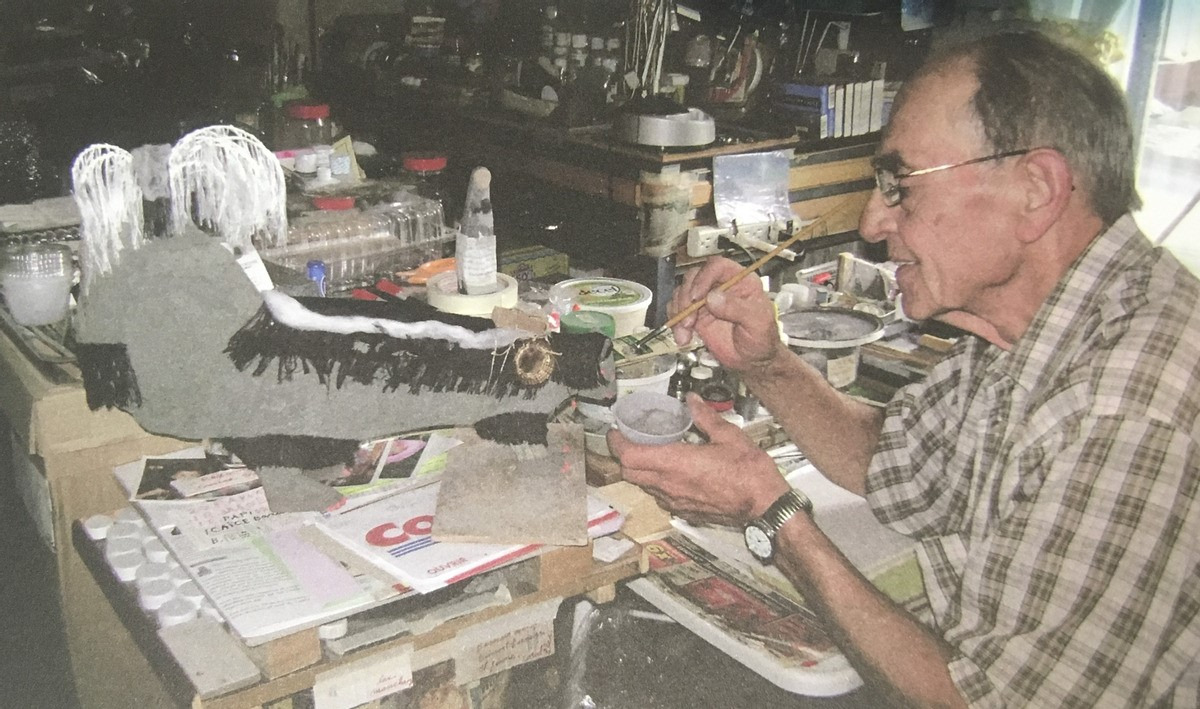 Here is the artist in action. This piece will be called Mouffette à pieds humains (Shunk With Human Feet). 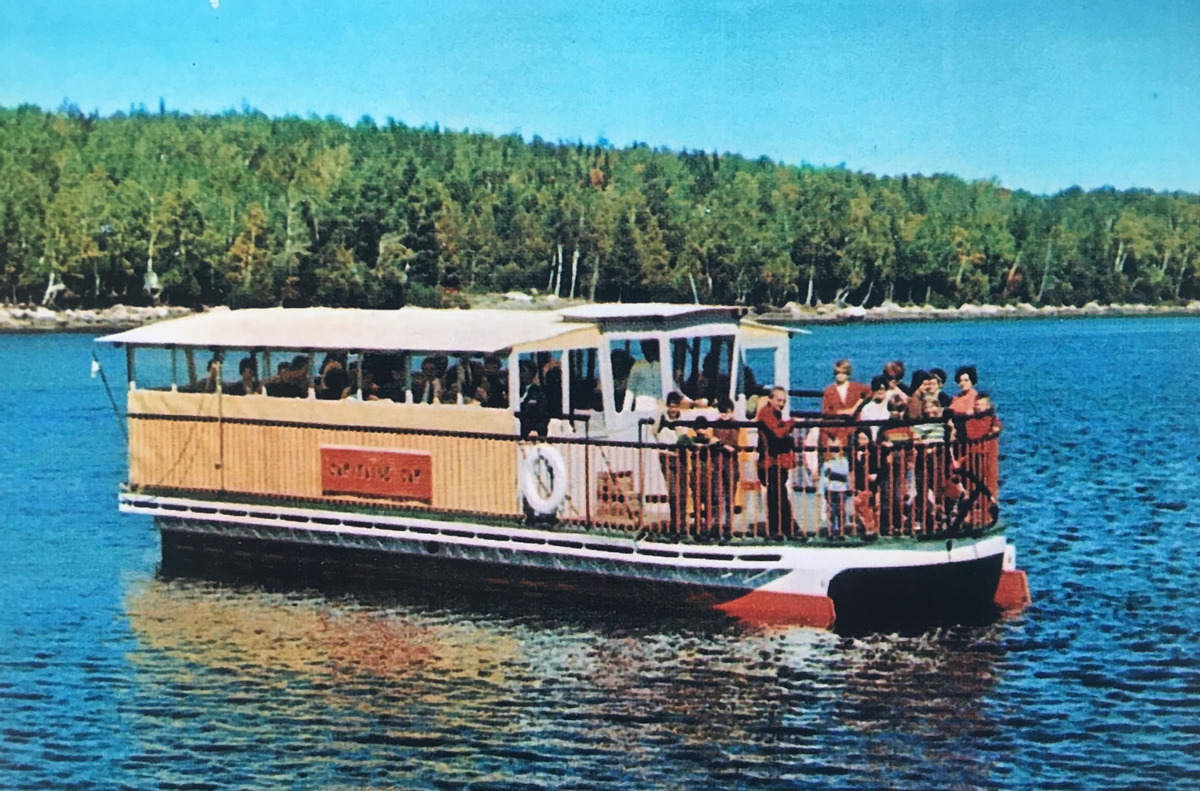 The jewel of Laurier Gauthier, a boat he built himself to make discover the shores of the lake to more and more tourists. It was literally sometimes whole buses of visitors that came for cruises.

For many years, Captain Cap sailed on Lake Mégantic. 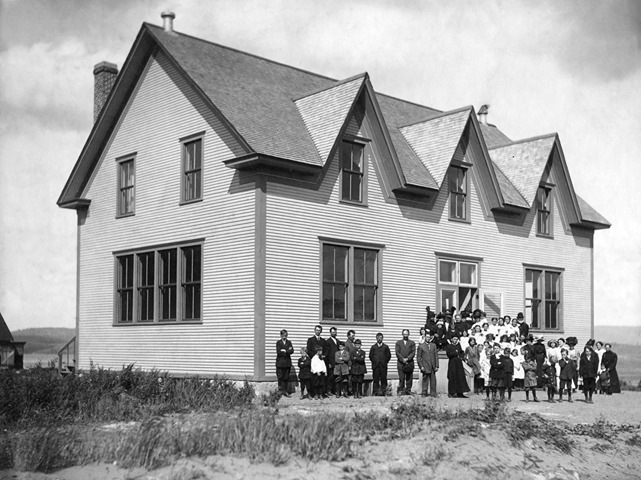 The cultural house building was built in 1920 and served as a school. The children came by foot, with their dinner in a 5-pound boiler.

With the construction of the convent in 1956 (the current building of the Municipality), and then the centralization of schools, it will become a municipal hall, a swimwear factory, the Café de Pio, before becoming the Laurier Gauthier cultural house which hosts conferences, exhibitions and sometimes offers workshops to villagers. 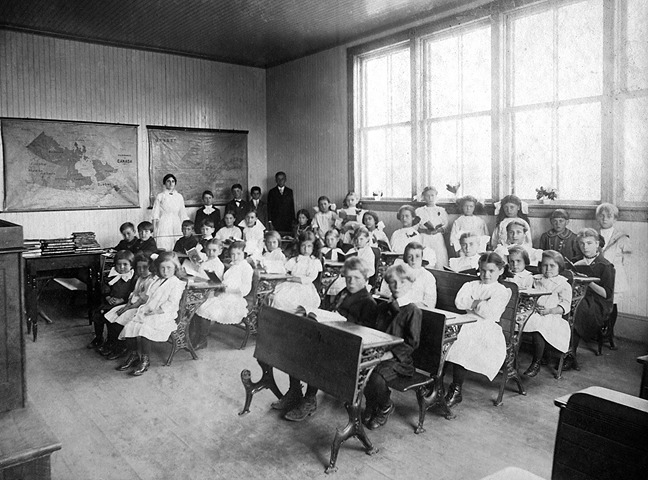 The school welcomed on its benches the children of the village, the old village and the surroundings. They often travelled several kilometers to school before school transportation was set up.

You are in front of the cultural center that bears the name of Laurier Gauthier. It presents a permanent exhibition “Les pierres qui font jaser”, set up by Laurier Gauthier's family shortly after his death.

Laurier Gauthier is one of the people who left his mark in the history of Piopolis. He was a meticulous handyman with a creative imagination.

He was born in 1939 in Piopolis and grew up there. As a young adult, he had to leave to find work elsewhere in Quebec or Ontario. He worked in mines and factories, but his heart was not in it. He missed Piopolis terribly.

This is how when he was able to return to Piopolis, he wanted to participate in the dynamism of the community and make people discover the beauty of the place.

For this, he carried out two major projects during his lifetime. First, there was his restaurant in the village which he operated for a few years. It was a real meeting point for both Piopolis residents and visitors. People arrived there from everywhere. The place was also very popular with Americans. His other major project was the construction of Capitaine Cap, his cruise ship which brought many tourists to Lac Mégantic.

We can say that he succeeded in the mission he had given himself. He still leaves a great legacy to the village he loved so much today, marveling visitors from all over with the display of his rock sculptures. This one was set up by his family shortly after his death.

His interest in rocks was well known during his lifetime, but his family was in for a surprise when they found nearly 700 rock carvings in his home after he passed away in 2014. And behind a matchbook, he had written a thought: "My dream, one day, is to have a museum".

It is this dream that his family realized, with little money but many collaborators. They bought and renovated a municipal building, a former school, set up and inaugurated the exhibition there, and named the building Maison culturelle Laurier Gauthier in his honor.

The exhibition is open to the public during the summer. You will find more information at the Zouaves stop.