A Stunning View of the Appalachian Mountains 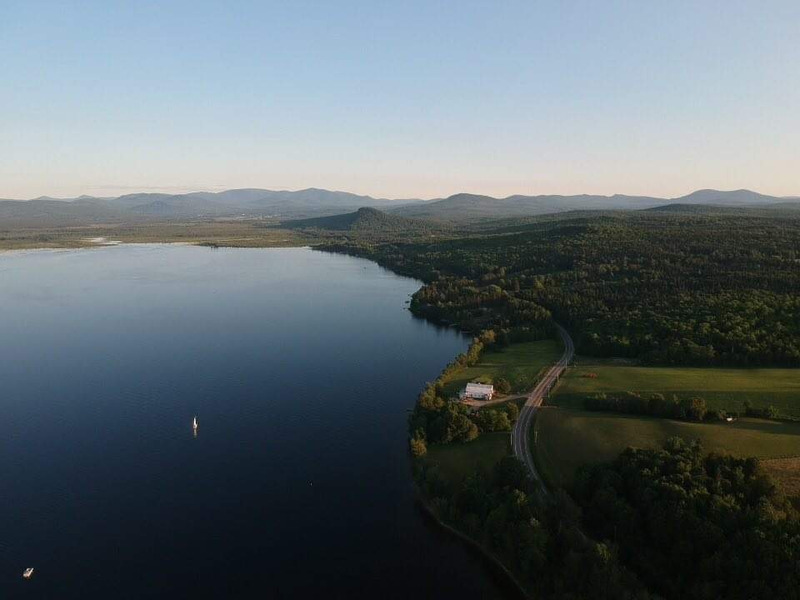 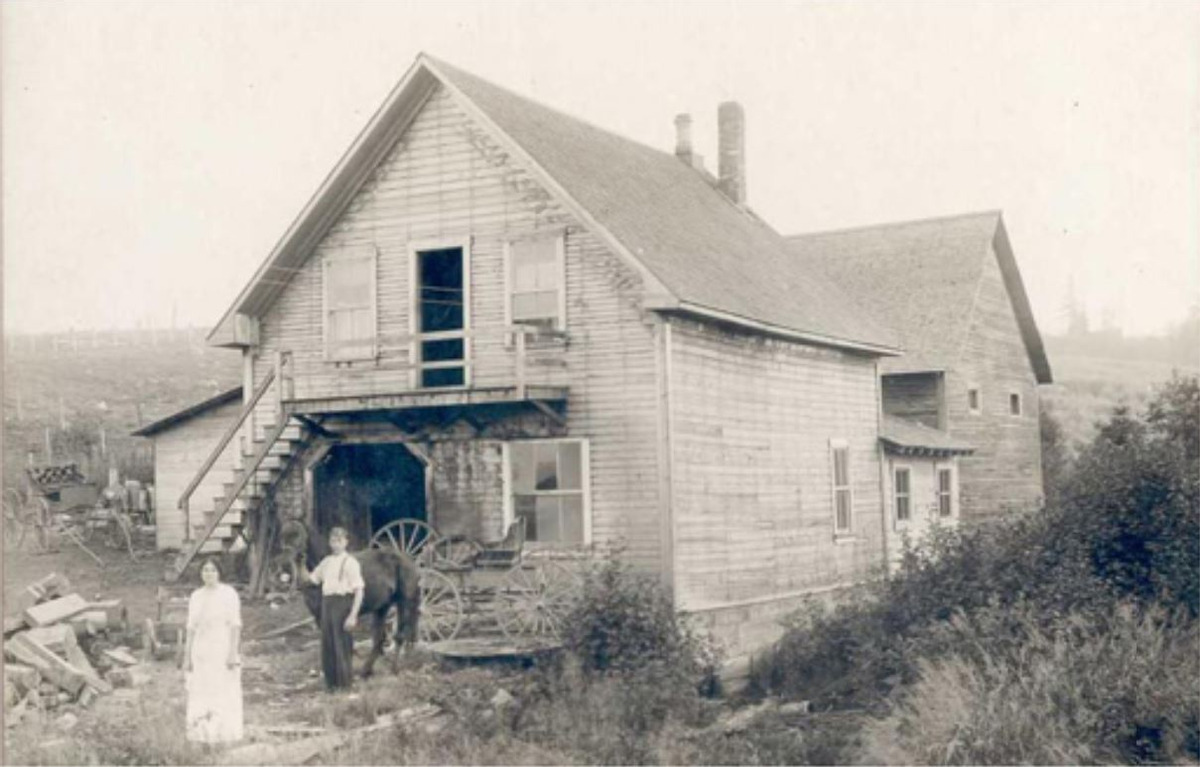 The old forge was in the heart of the village, located near the place where is now the fire tower. At any time of the day, the sound of the hammer against the anvil echoed that of the tortuous stream that fed the Desrochers mill.

The forges were an important aid to the development of Piopolis. Rolling and circling the wheels, shoeing the horses, preparing  construction sleighs  for the winter, repairing the broken, solidifying the fragile, such was the job of the blacksmith. 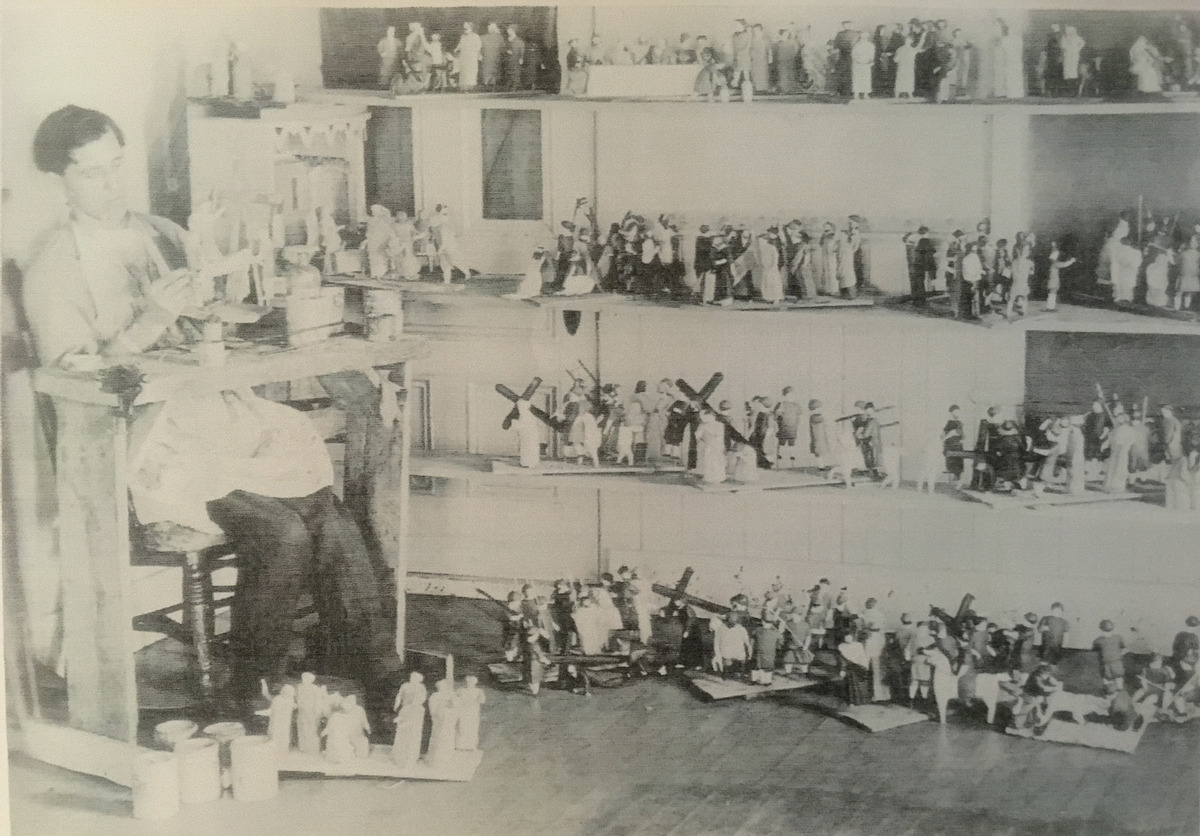 Going up towards the viewpoint, you will cross the Rue de l'Artisan. It pays tribute to Archelas Poulin, who was a very special sculptor. He lived at the very end of the rue de la Vieille-Forge, a few steps from the Artisan Street.

After a work accident where he lost the use of his legs in 1917, Archelas Poulin returned to life by wielding the pocket knife. His talent was natural and enormous. In pine wood, he began to sculpt characters and scenes.

He first made 24 scenes representing the life of Jesus and mounted an exhibition in a trailer truck. He travelled the fair route around North America, always presenting his exhibitions for a voluntary contribution. That's how he made a living.

He had this exhibition stolen, so he started making an even more impressive game. It recounted the rural life of Quebec in the 1800s. This time, they were automatons: they sang and danced. He later added a ball scene.

Poulin's work is still exhibited today in museums across America. It intrigues with its ingenuity and amazes by its complexity.

A Ballroom Scene by Archelas Poulin 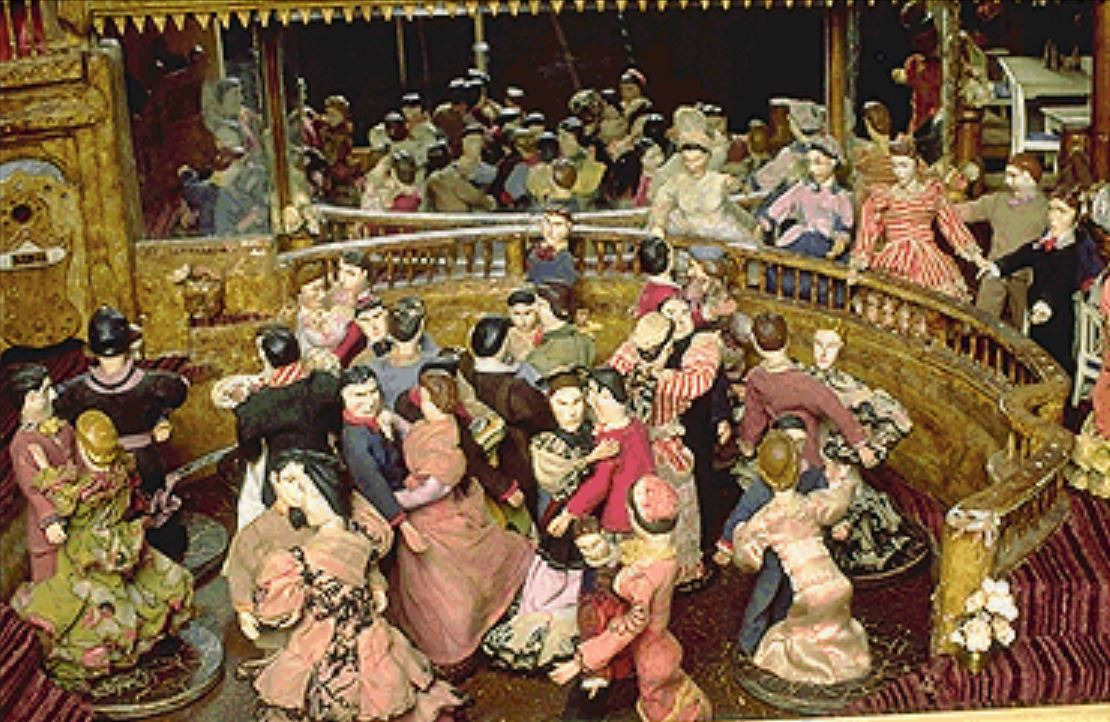 The characters and scenery of the dioramas were mostly made of wood.

Archelas'wife, Elmire Guay, was a good seamstress of the time. She began to make clothes for the figurines.

In the Shoes of the Woodcutters 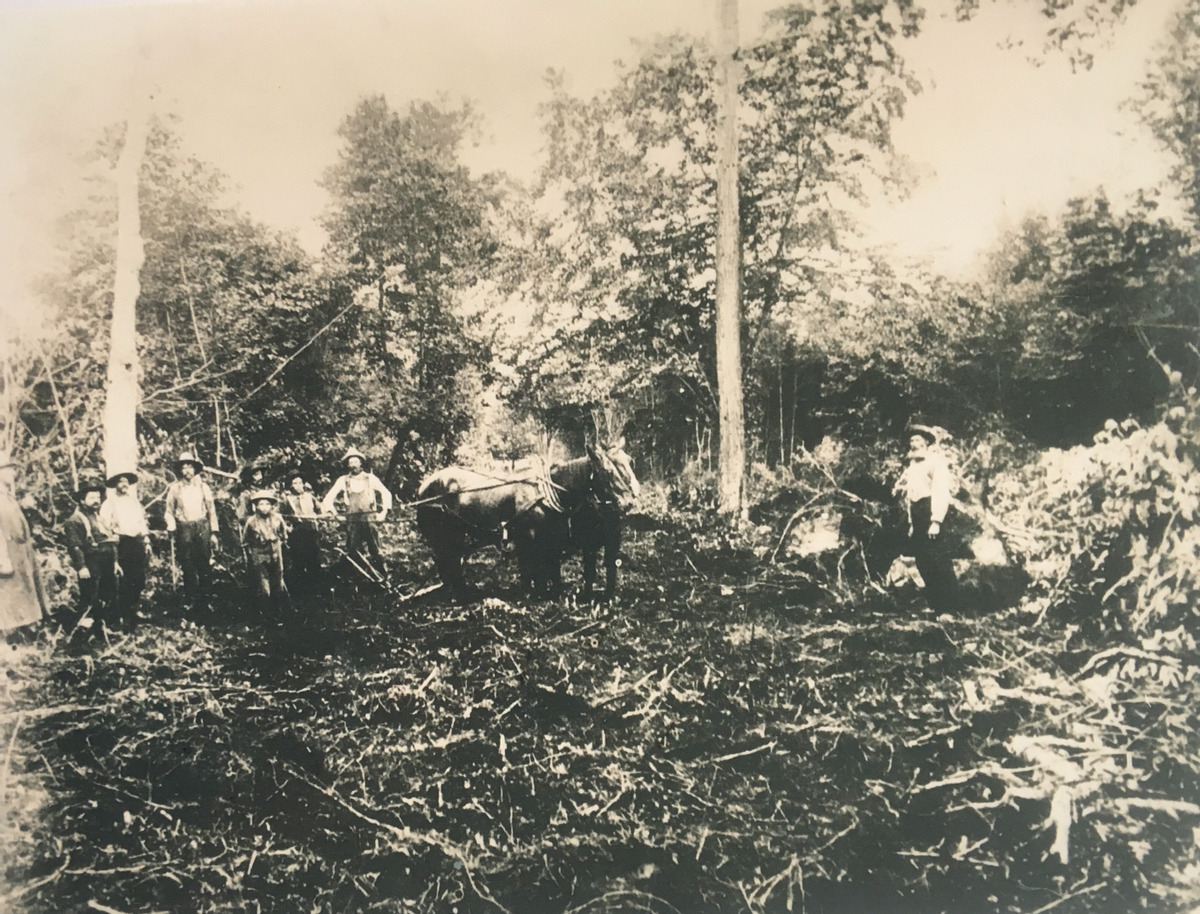 While walking in the development where we find to date only a few houses, pay attention to the forest that covers the land, which was nevertheless cleared a few years ago.

It is the ideal place to put yourself in the shoes of the pioneers who, when they arrived in Piopolis, had access to very few resources other than their arms, a few tools, horses and a lot of courage!

Here, at the top of the hill, you find yourself in front of one of the impressive viewpoints of the village, which overlooks the bay of Piopolis and the head of the lake and the blue mountains of Maine, of the Appalachian chain.

This viewpoint is on the former lands of Godefroy Grenier, one of the sons of the ancestor Edmond Grenier. On these lands there was once a forge and a farm. The street that is now called Rue de la Vieille Forge has existed since the early 1900s, but the development that took place there only dates from 2008. Through its streets, this neighborhood in the making recalls certain facets of the evolution of Piopolis.

To get there, you climbed a hill that marked the memories of children who passed through Piopolis. It was called the “Côte du village”, which means “Village hill”, and it lives up to its name! We met there in the winter to slide, and in the summer the young people met at the cross which is about halfway there. Formerly, the surroundings of the cross provided a very beautiful view of the lake, from where one could contemplate the storms and the beauty of the landscape.

This wayside cross has a special history. It is said that it was two brothers in charge of fetching provisions for the general store by the lake, who found themselves caught in a storm. Frightened, they made a promise to God to donate to the church as a thank you if they made it out unscathed. Heaven listened to them, and they donated a gold gospel holder to the church, then erected this cross which quickly became a meeting place where several masses were held, before finding its solitude in approaching the 21st century.