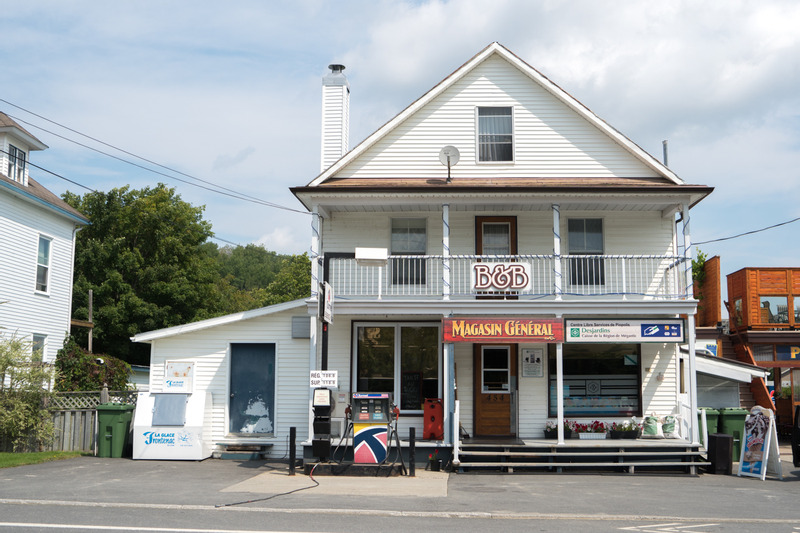 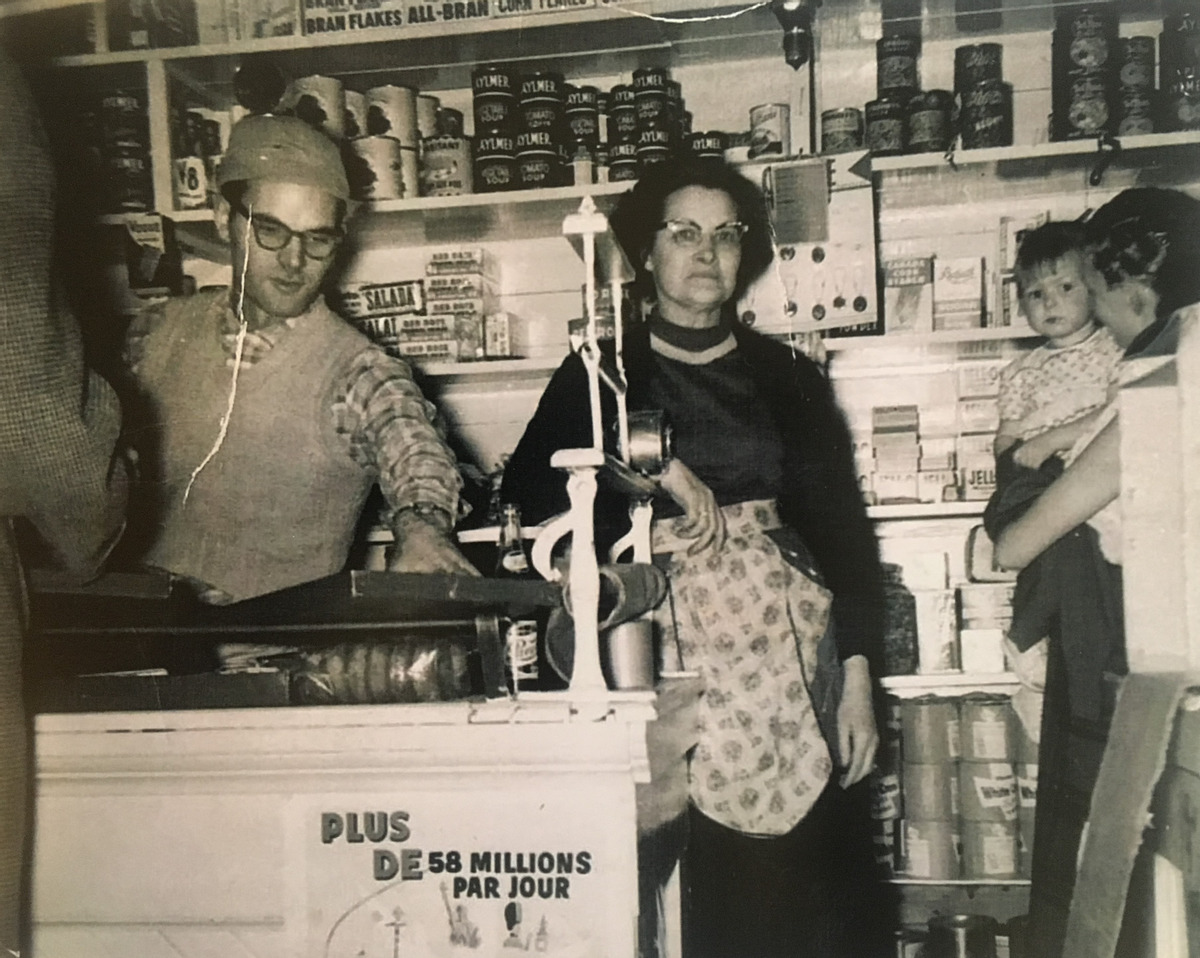 The current general store was built in 1907, when the church moved near the lake to create a new village. Several owners took turns, and he was for a long time under the care of the Lafontaine family, from 1950 to 2000.

The place was a real meeting point in the village. We went to get the news, we played cards or games like "pichenottes", we sipped a soft drink before stocking up on items of all kinds (hardware, clothes, animal feed, etc.). The owners also rented rooms upstairs, which were mostly rented by Americans who came for fishing, among other things.

It was not until 1968 that the store gave itself its current vocation as a grocery store. 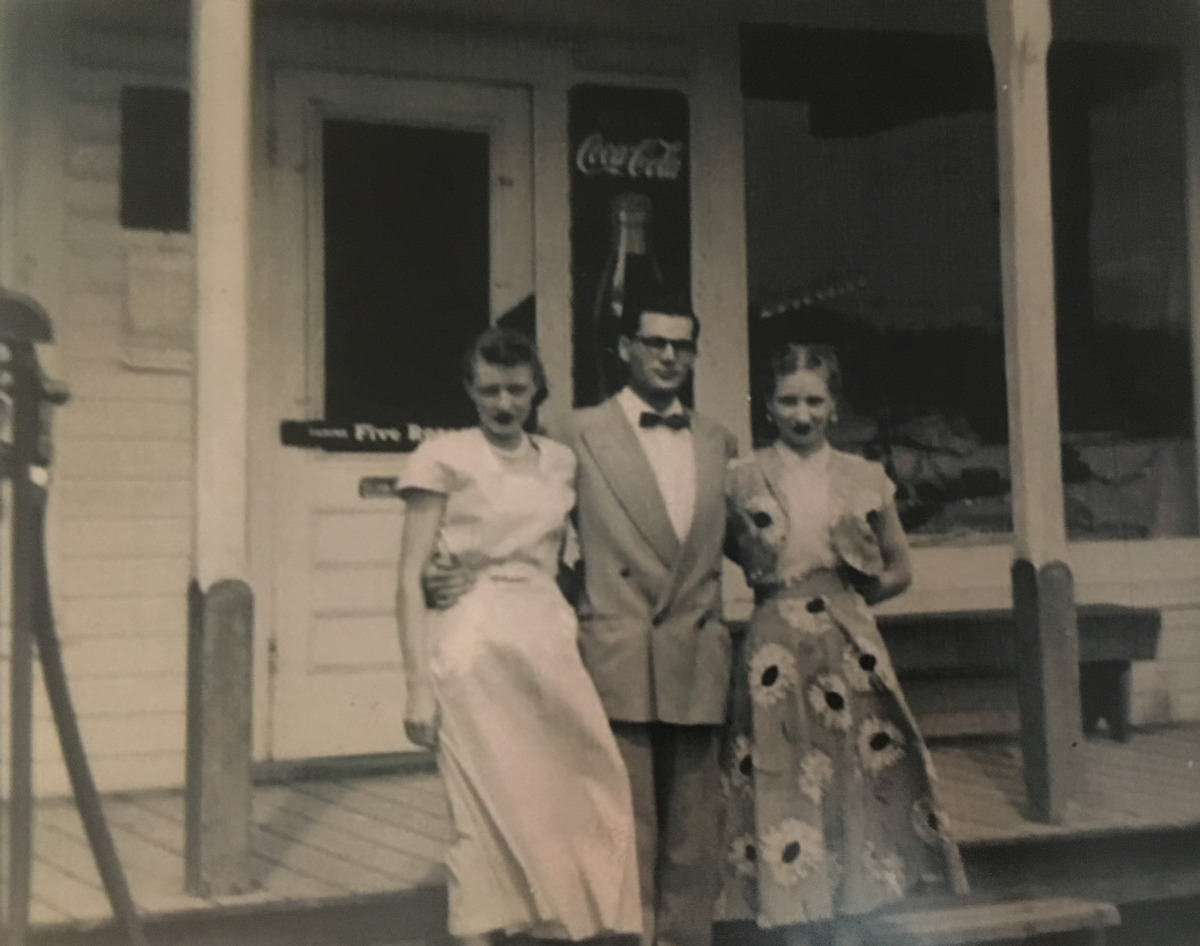 For 50 years, the store at 454 Principal street was operated by the Lafontaine, moving from one generation to the next.

Photo: In front of the general store, Mr. Marcel Lafontaine, owner, surrounded by his wife and an employee who worked there for several years. 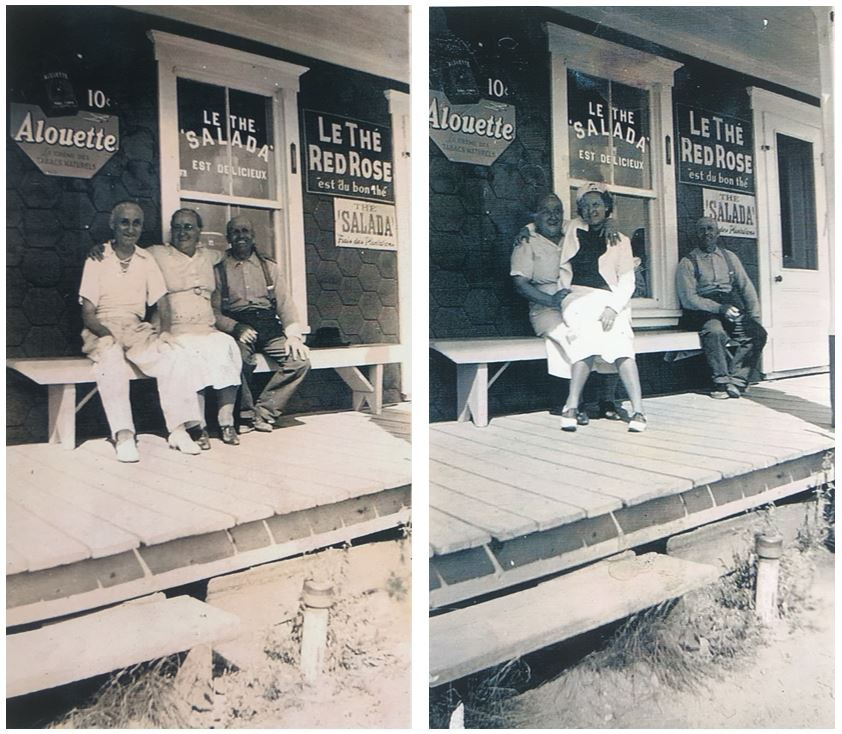 There have been several grocery stores in Piopolis. Near the lake, near the church, at the current hostel... For a long time, two general store lived together in Piopolis, and they were neighbors. The Lafontaine family owned 454 Principale Street.  "Chez Maria", was at 458 Principal Street, a nomadic house that came from the Bury road.

As the owners had certain family ties, they did not sell the same products there to avoid competition. It was a beautiful village spirit.

In 1970, the owners of the 458 left for Gaspé. Mr. Marcel Lafontaine purchased the place. He then closed this store, and still lives in the place today.

Refueling on the Lake 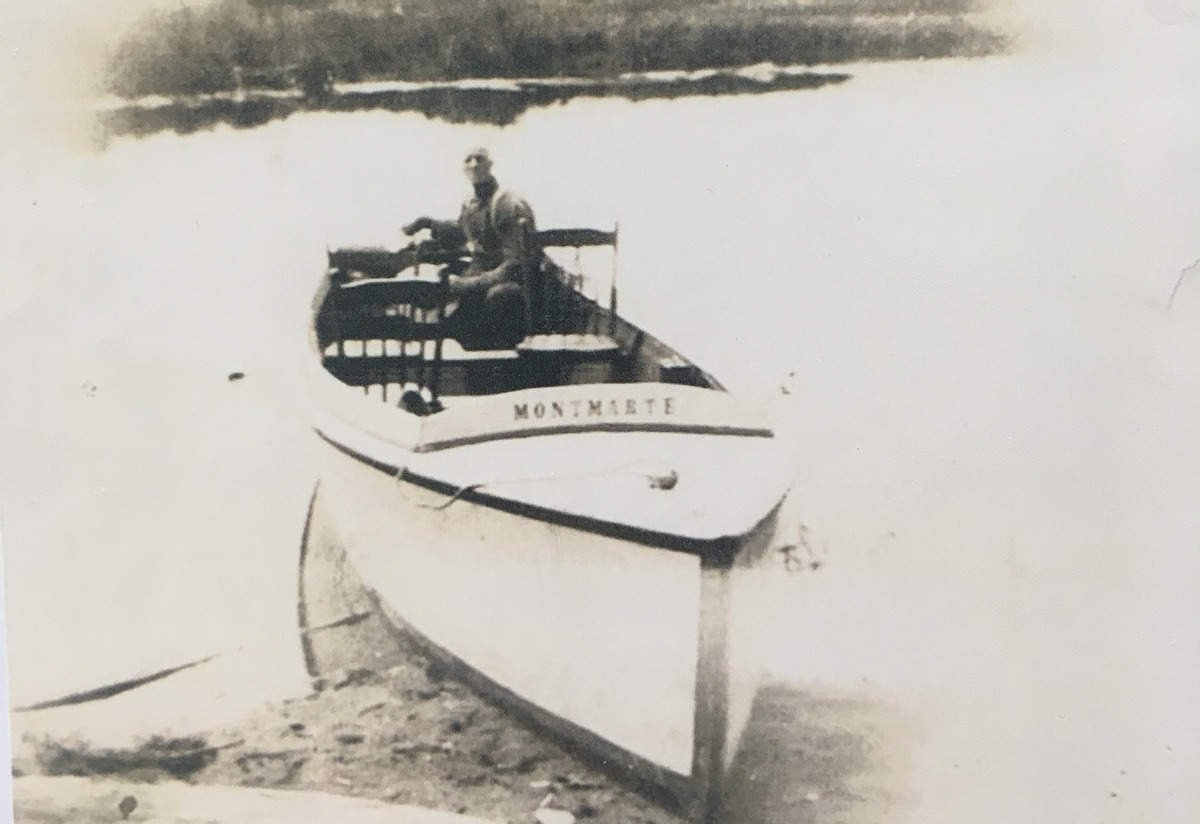 At the beginning of the 20th century, although most of the goods were delivered to the store by truck, occasionally the owners would go to Lac-Mégantic to pick up certain specific items that their customers asked for.

Here, the Montmartre, a boat used by Pierre Lafontaine for his general store at 458 Principal Street.

Here you are in front of the Piopolis general store, which has been a must in the village for a very long time. It has changed a lot, with its wooden cladding replacing the white planks it wore for so many years. It is the work of Milenko and Spomenka, who have owned it since June 2004.

The General Store, which attracts both citizens and vacationers, offers all kinds of local products, basic necessities in addition to all the bakery products and meals prepared on site by the owners – breads, croissants, pizzas, and even Gino Chouinard's famous sugar pie. It's worth the detour!

If you don't make it during peak hours, you can chat a bit with the owners Milenko and Spomenka Adzic, who know a lot about Piopolis and who will always welcome you with open arms. Milenko also runs a canteen there in the summer, with a terrace and urban garden. Don't forget to taste his homemade BBQ sauce and ask for his famous spices for the French fries.

Previously, the general store was in the hands of the Lafontaine family for a long time from 1950 to the 2000s. At that time more than ever, the place was a real meeting point in the village. Much more than a store, there was also a counter where we served a few drinks. We sipped them while listening to the latest news from the village. We played cards or flips, and then stocked up on all kinds of items (hardware, clothing, animal feed, in addition, of course, to food. The owners also rented rooms upstairs, which were mainly rented by Americans who came for fishing, among other things.

It was not until 1968 that the business gave itself its current vocation as a grocery store.
Get directions
QR code