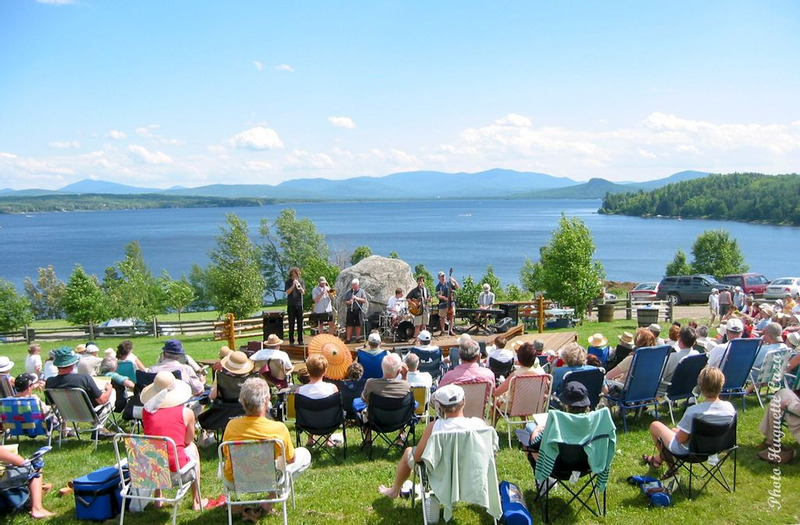 View of the Old Village quay

Behind the "castle" style house across the street, you can see the old town quay, which was then a stopping point for ferries in the early 1900s.

This walk on the Rang des Grenier to get you to the Road of the Crescent Moon (by bike or car) is an opportunity to get to know the most important lineage of Piopolis: the Grenier. 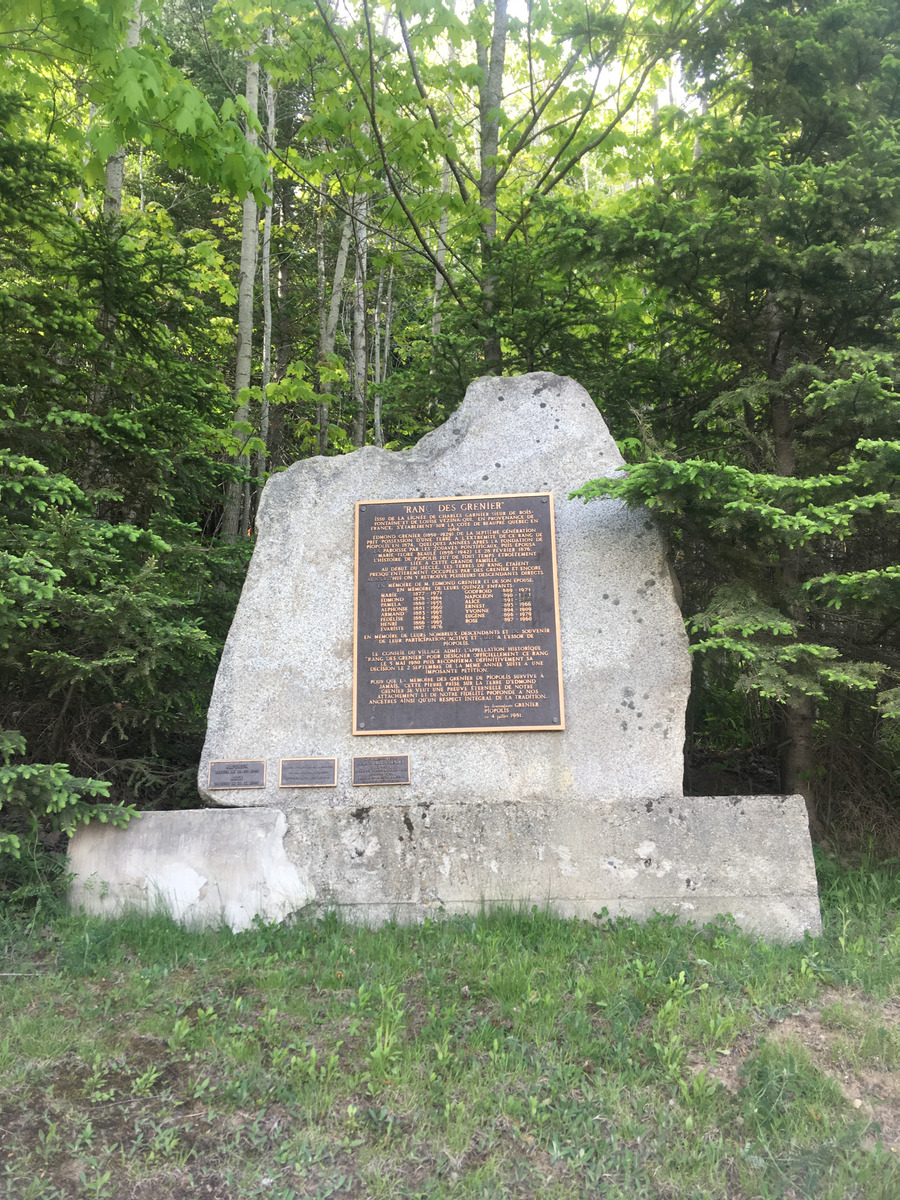 At the beginning of the Rang des Grenier, you may notice the memorial that testifies to the invaluable contribution of the Edmond Grenier family to Piopolis and the attachment of their descendants. 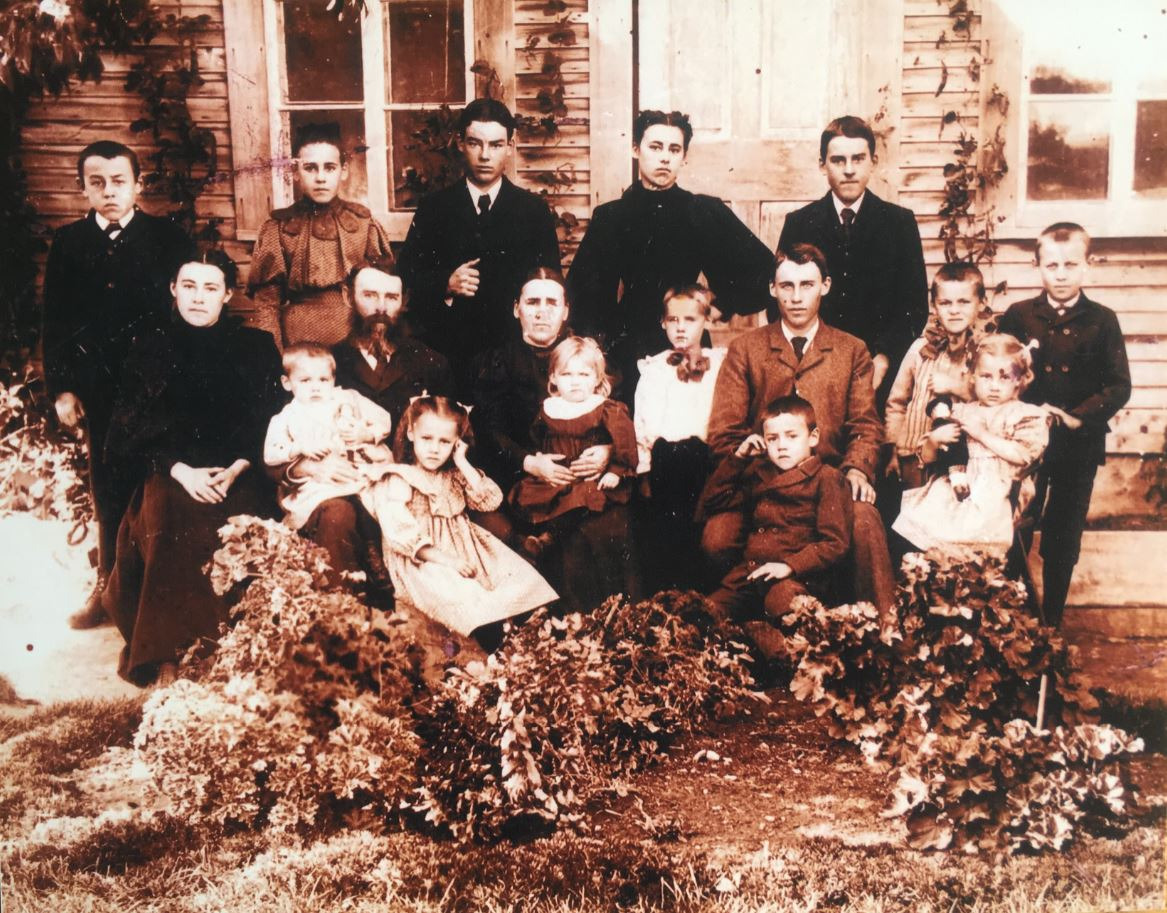 The surname Grenier is part of the history of Piopolis. We find today the Rang des Grenier, the bay of Grenier, the beach of Grenier (private) in addition to the many inhabitants who still proudly bear this name today.

We owe this to Edmond Grenier, a settler who came to Piopolis in his early days and who generated a large number of descendants. He cultivated the land at the bottom of the road that today bears his name. There is a white way cross on the lot that belonged to him. In front of his house was one of the first schools.

In the early 1900s, about 17 lands belonged to Mr. Edmond Grenier and his children, mainly on the rang des Grenier. 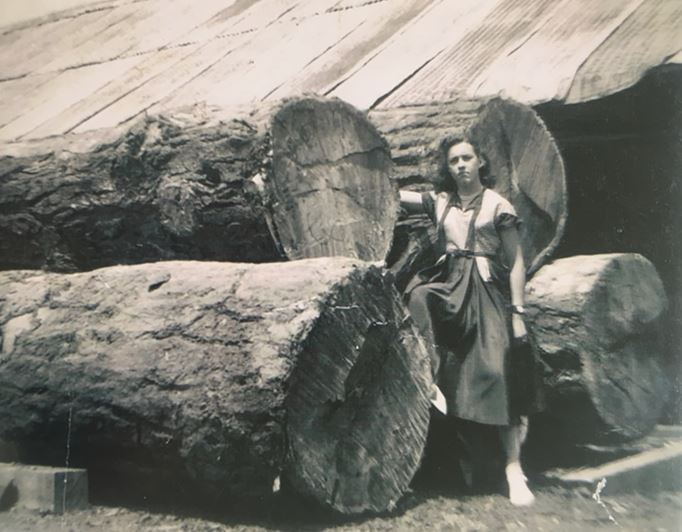 Sawmills were a very important economic activity for the early Piopolis. There were several, but the most important was that of Henri Grenier, located at the entrance of the Rang des Grenier, close to where we find today the municipal camping.

Photo: Denise Grenier, granddaughter of Henri Grenier, who stand near huge tree trunks in the 1950s. 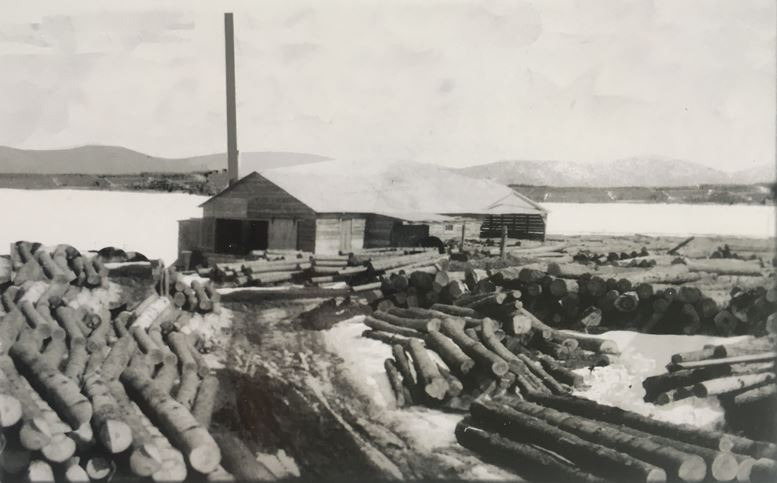 This was Henri Grenier's sawmill, located right by the lake. 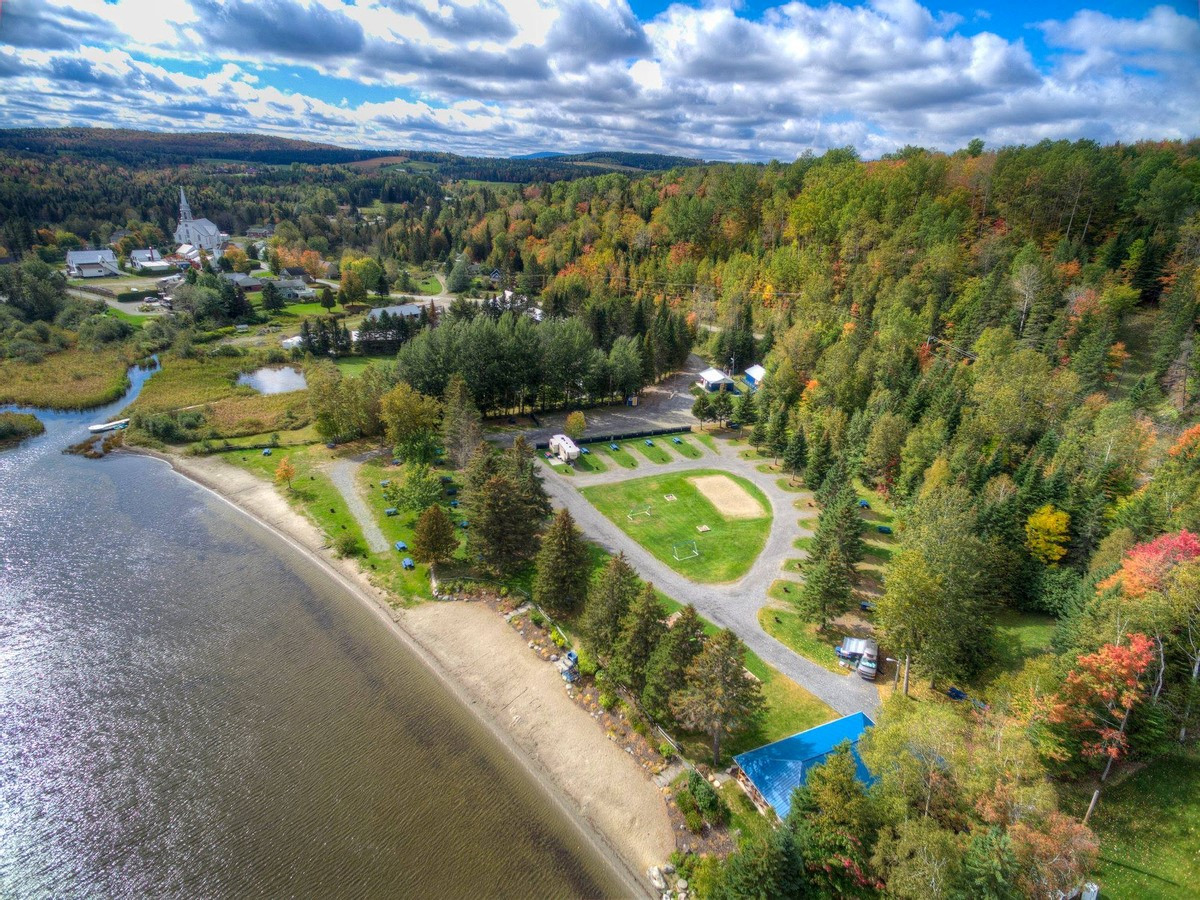 Near the beginning of the Rang des Grenier, the municipal Campground is located on a land that once belonged to the Grenier family. The land was graciously offered to the municipality with the obligation to benefit Piopolis people. A clause required that a playground be installed there, accessible to everyone from Piopolis.

Finally, the municipality decided to make it a warm campsite with its sandy beach that guarantees access to the lake and its facilities to all Piopolissois.

Here you are in front of Chemin du Croissant de lune, on Rang des Grenier, which offers a magnificent view of the lake and the Appalachian Mountains. If you look well to the south (on the far right facing the lake), you will see the Mont Gosford massif which seems to dominate the head of the lake. It is the highest peak in southern Quebec, with its 1193 meters of altitude. Located in the ZEC Louise Gosford, you can do several activities there, the most popular of course being hiking. You can enjoy more than 40 km of trails.

The Croissant de Lune, which means “Crescent moon” is a private park where musical concerts are held as part of the Festival Saint-Zénon de Piopolis. Access to the park is restricted except during events, but you can walk around the path to fully experience the serene and natural atmosphere of the place, far from the bustle of the village. It is also one of the most beautiful places in Piopolis to observe the stars.

This walk on the Rang des Grenier which led you to the Chemin du Croissant de Lune, whether by bike or by car, is an opportunity to get to know the most important lineage of Piopolis: Grenier’s family.

It is to one of the first settlers to arrive in Piopolis that we owe these numerous descendants: Mr. Edmond Grenier, who came to settle shortly after the arrival of the Zouaves. He married Marie-Flore Beaulé in 1876 in Piopolis with whom he had 15 children. Over the years, they acquired and cleared the land on the row that bears their name.