The Cross of The Old Village 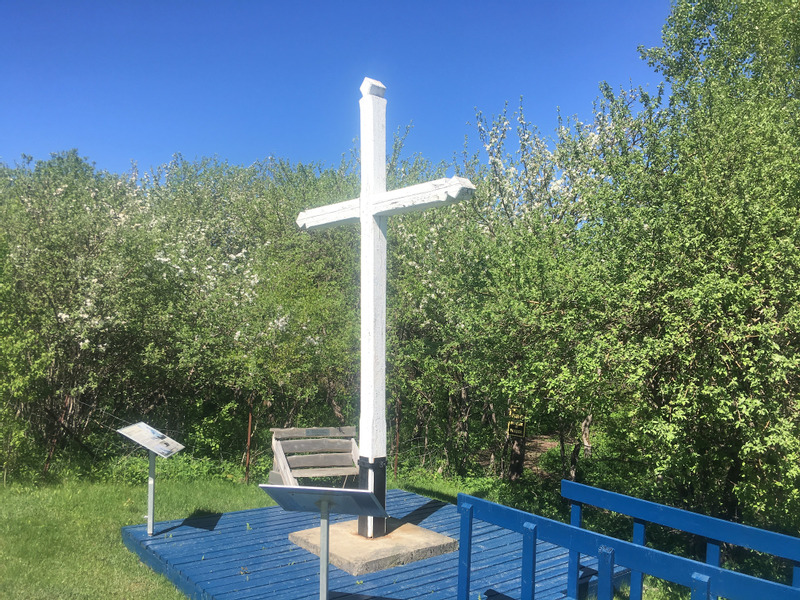 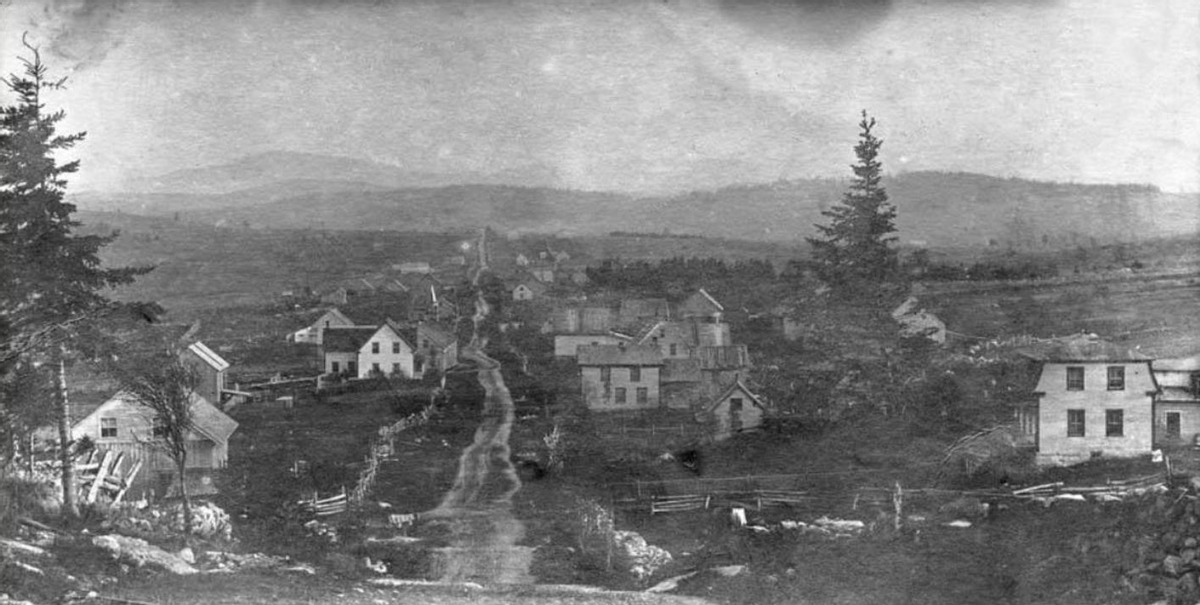 From the cross, if you go up the hill to Marston and look behind you, you will find yourself at the place where this picture was taken around 1904.

On the right, we see several houses including that of the Zouave Odilon Martel, the school of the old village and the post office.

On the left, we see the general store of Mr. Elzéar Fournier, the barn of the presbytery, the church, the property of  Bélonie Bolduc - a blacksmith who also made tombs, and several other houses.

Today, most of theses buildings are gone. 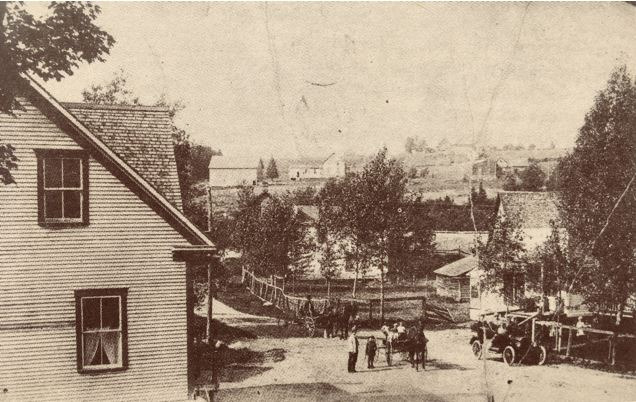 "Le Coin", which means “The Corner”, located at the Bury Road junction, was then a very busy place. In the photo, we recognize the house on the left, which is still there today. The buildings far away, on the left, are those of the old cheese factory where the farmers brought their milk to make cheese.

Pay attention to the car with the high "top": this is the first automobile in Piopolis.

The place where Piopolis, then called Marston South, first developed was strategic: it was hoped that the railway line from Montreal to Halifax, then under construction, would pass through it. It was therefore the ideal place to build a large city dedicated to Pope Pius IX, whom the Zouaves had served in Rome.

However, plans will change quickly. When the route of the railway got announced, the pioneers learned with disappointment that it would pass through Lac-Mégantic. Piopolis thus lost an important element in its project of a great city. 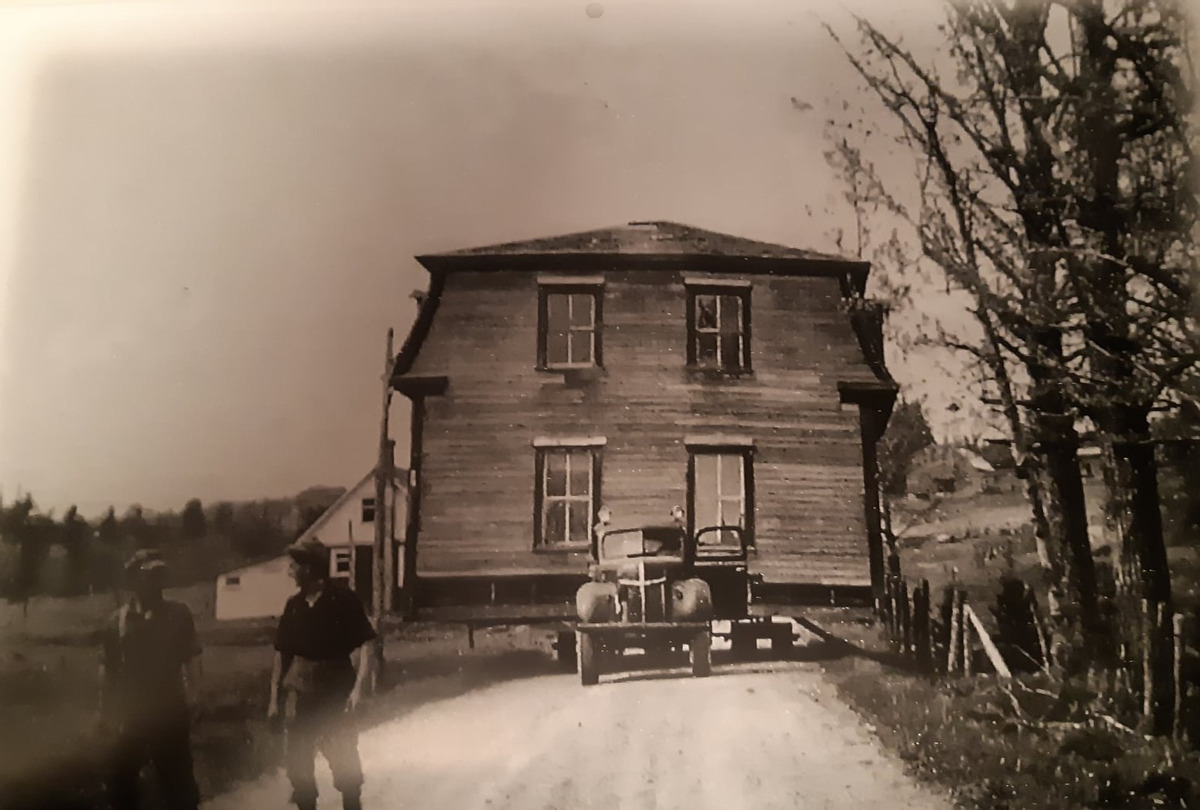 Towards the end of the 19th century, the families of the first settlers expanded and in the center of the village, the church is no longer enough. As long as they have to build a new one, they decide to take advantage of it to relocate the entire village!

A new church will be built closer to the lake to be more central. The village will follow it to enjoy the proximity to the lake. Several buildings will literally be moved using horses or trucks from the old village or the surrounding paths. Shops opened, and the new village of Piopolis gained popularity in its new location. 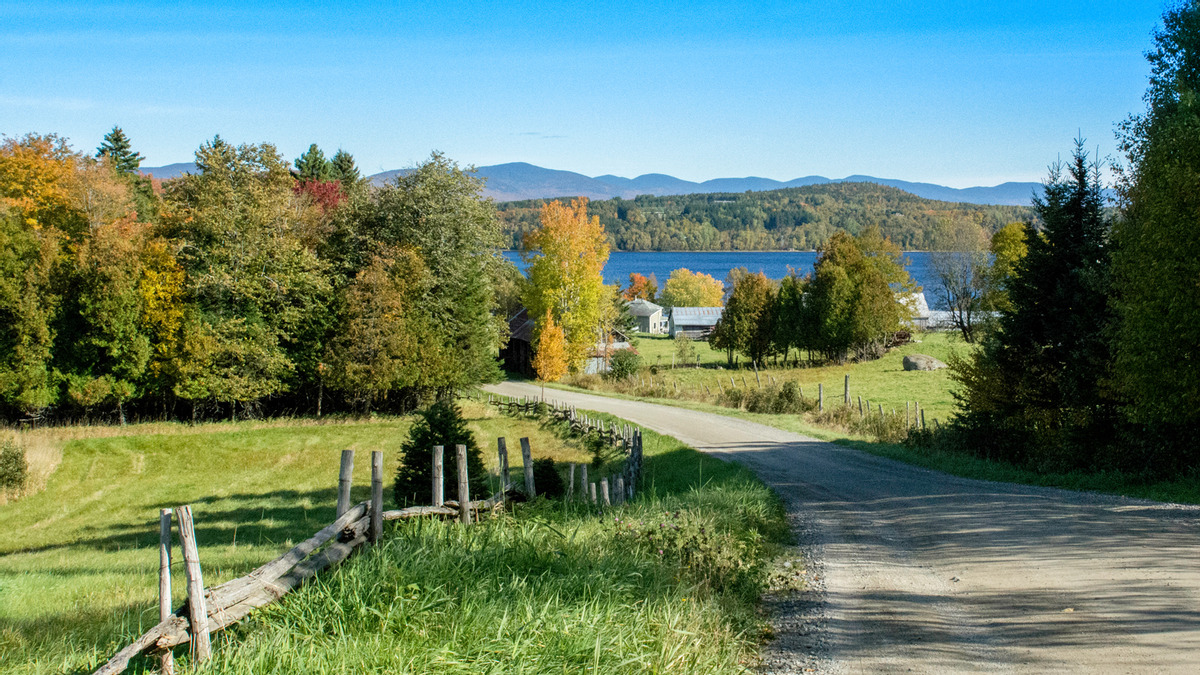 From the cross, the "Route des Pionniers" goes down towards the lake. Its construction began in 1906, but before that, it was a trail that pioneers used to reach the lake.

Even today, it is a dirt road and it remains closed in winter. Thanks to its tranquility, magnificent viewpoints and diverse relief, it is an ideal route to walk and enjoy the nature.

It is also part of the walking route in “Au coeur de Mégantic”, the mini Compostela that makes you discover many lovely places around the region.

Welcome to the ancient village of Piopolis! In front of you rises a white cross which marks the location of the first village of Piopolis. The Old Village is where the Papal Zouaves who founded Piopolis settled when they arrived in 1871. This cross stands proudly in memory of the old village and the bravery of its Pioneers.

It is said that before the arrival of the settlers, the place was popular with Americans to come and look for wood. In the nocturnal silence, the sound of chains and oxen pulling logs could be heard from afar.

Where the cross now stands were the first buildings in the village when the Zouaves arrived. First, they built a small chapel just big enough to house the missionary priest who accompanied the Zouaves when they arrived in Piopolis and to celebrate masses. They subsequently installed a presbytery and its outbuildings, and finally the first church.

For several years, newcomers have built themselves along this path, which they have developed. Several businesses have also been established and developed along the road leading to Chemin de Bury. The village was first called Marston South in reference to the village further north, which is still called Marston today.

Although the location of the current village of Piopolis, on the edge of the lake, seems more logical to us today, the place initially chosen was strategic. It was seen as the ideal place to build a large city dedicated to Pope Pius IX, whom the Zouaves had served in Rome. The events will cause the village to move closer to the lake, and instead of becoming a large city in honor of the Pope, it will become a popular place for vacationing.

This stretch of road is now called the Old Village, but all the excitement that once was there has followed the village down to the lake. Now, there are a few residences, but above all an impressive landscape in all seasons.