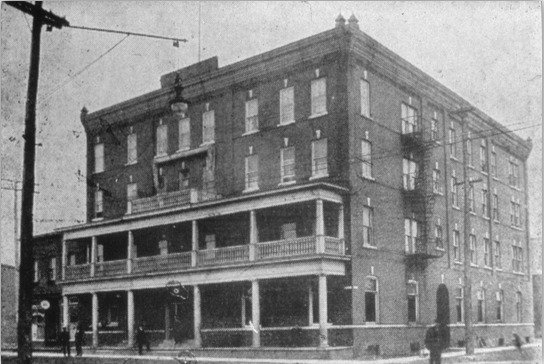 The old Cecil Hotel building is the oldest of its kind in North Bay. Its construction was completed by Robert Wallace and Jack Billington in 1898. A two-story balcony once dominated its main entrance.

Located near the two train stations in the city center, it was an ideal place for tourists and visitors. It offered a unique view of Lake Nipissing and rail traffic.

While many changes have been made to the building, a tour of the interior reveals many of the original features, including posts in the stairwells, hammered-iron ceilings, and several hardwood features.

The exterior of the building features whitewashed keystone detail above the windows that stand out against the dark repainted brickwork. The side entrance facing Wyld Street remains functional; a remnant of what once served as a separate entrance for the ladies and their escorts. 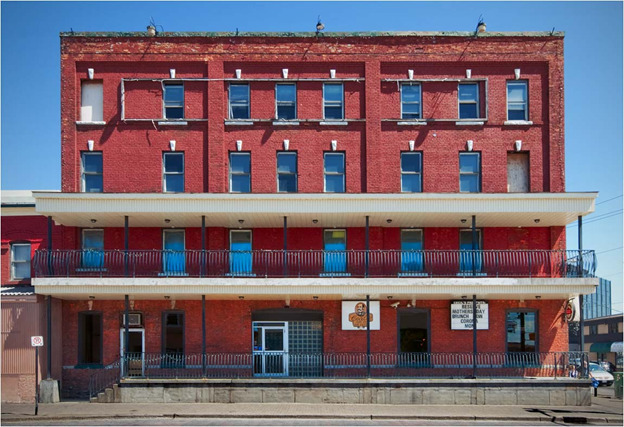 Launched in mid-January 2021 in the same building,The Wyld Street Poutinerie is not your traditional restaurant.

With no storefront, it is literally a virtual restaurant which has its kitchen located at Cecil's Brewhouse. Served up in many forms. the restaurant's sole menu item is poutine!

Though the precise origins of poutine (pronounced Pooh-ts-in, pooh-tseen ) are much debated, it is made of fresh-cut french fries topped with cheese curds and gravy. Completely unknown in the mid-20th century, it first appeared in the 1950s rural Quebec snack bars and was widely popularized across Canada and beyond in the 1990s.

Poutine can be found everywhere from fine dining menus at top restaurants to fast-food chains, and it has become an iconic symbol of French-Canadian cuisine and culture. The sturdy classic became a chef favourite during the comfort food revolution of the 2000s.

North Bay lies on the route of the Voyageurs; a famed network of rivers and waterways that led to the interior of North America, along which many legendary French explorers travelled in search of fame and fortune.

Priests recruited the first colonizers from the United States, where French Canadians had emigrated. They arrived in the late 19th century to exploit the forest and to engage in agriculture.Other inhabitants of Quebec soon joined them, thus cementing a future for the many generations of francophones that have since called North Bay home. 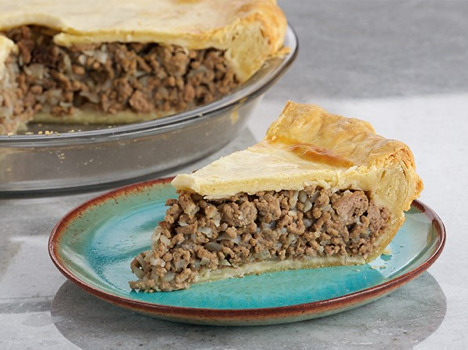 There are as many recipes for this classic meat pie as there are Francophone families.

While each family claims their recipe as supreme, most dishes are made with ground beef, veal and/or pork and spiced with a delicious combination of bay leaves, garlic, cloves and allspice. It is commonly eaten during the holidays but is popular year-round.

With hundreds of years of history, French-Canadian cooking is rich with culture and flavour. Daughters spent time in kitchens with their mothers and other female figures in their lives, learning how to cook through observation, reading and hands-on tutorials. They imparted knowledge across generations about familial distinctiveness including traditions, customs and language.

An example of this generational exchange is how food recipes were passed from Grandmother, to Mother, to daughter who continued the practice of French-Canadian cooking.
Get directions
QR code