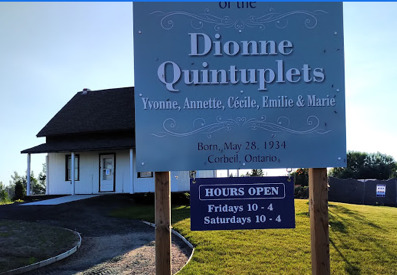 The Dionne quintuplets, born May 28, 1934, are the first quintuplets known to have survived infancy. The identical girls were born in the village of Corbeil, just outside of North Bay, ON. When Yvonne, Émilie, Marie, Annette and Cécile Dionne were born, they were an immediate global sensation. At this museum in North Bay, you can learn about their life and legacy.

In the 1980s, the log homestead that houses the museum was relocated from Callender to a spot along HWY 11 in North Bay where it was open to the public until 2015.

The museum was falling in disrepair, spurring great debate as to whom should be responsible for its maintenance. As a result, the Dionne Quints Heritage Board was formed to protect and ensure the legacy of the Dionne Quintuplets.

The Dionne home was transported in 3 sections on the morning of November 19, 2017, to its new location  at  North Bay’s waterfront park. While only open to visitors in summer, viewings by appointment are available year-round. 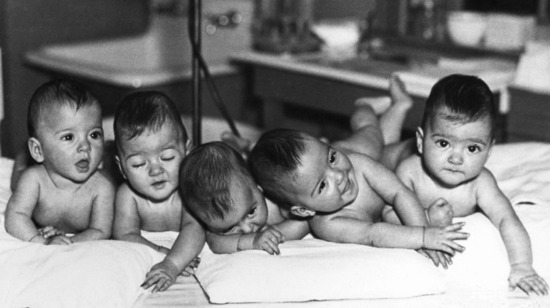 On May 28, 1934, five identical girls were born to Oliva and Elzire Dionne, a Franco-Ontarian family in the tiny community of Corbeil, Ontario. Their births were a miracle of its time during the difficult Depression, the only quintuplets to survive more than a few days.

The five girls – Yvonne, Annette, Cécile, Émilie, and Marie – became a “good news” story in this challenging time.News of the unusual birth spread quickly, sparked by Oliva's brother's inquiry to the local newspaper editor about how much he would charge for an announcement of five babies at a single birth. 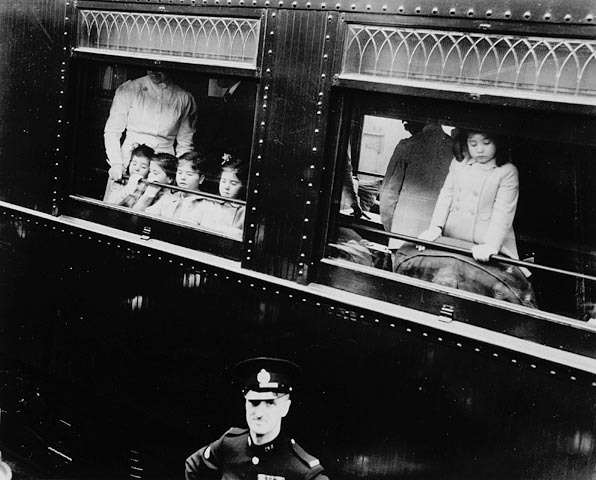 Oliva Dionne was approached by fair exhibitors for Chicago's Century of Progress exhibition within days of the girls' birth, seeking to put the quintuplets on display and show them to the world. (At the time it was not unusual for so-called "incubator babies" to be displayed at fairs and other exhibitions.) The parents were persuaded to agree on the advice of the doctor present at the birth, Dr. Dafoe, and the family priest, Father Daniel Routhier.

Wards of the Crown

Although Oliva Dionne revoked the contract only days later citing that his wife, Elzire Dionne, did not sign it and therefore it didn't make the contract valid, the Tour Bureau claimed otherwise and on  July 27, 1934, the first guardianship bill was signed.

Oliva and Elzire Dionne signed custody of the quintuplets over to the Red Cross for a period of two years to protect them from this contract and in return the Red Cross would cover all medical costs.

The Premier of Ontario at the time used the Dionne vaudeville trip as an excuse to extend the guardianship. claiming that they must save the babies from further exploitation.

He pushed the Dionne Quintuplets Act through government that officially made the girls Wards of the Crown to the age of eighteen. The government realized there was enormous public interest in the sisters and proceeded to engender a tourist industry around them. 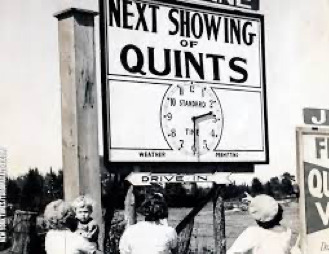 Across the road from their birthplace, the Dafoe Hospital a compound was built for the five girls and their new caregivers. The compound had an outdoor playground surrounded by a covered arcade which allowed tourists to observe the sisters behind one-way screens. The sisters were brought to the playground two or three times a day to be paraded in front of the crowd.

The main nine-room compound building housed a housekeeper, two maids and the quintuplets while the adjacent staff house held three nurses and the three police charged with guarding the girls. The quints were moved from the farmhouse to this nursery on September 21, 1934 and lived there until they were nine years old.

While living at the compound, the girls had a somewhat rigid lifestyle. Cared for primarily by nurses, they had limited exposure to the world outside the boundaries of the compound which was bordered by a seven-foot (2.13 m) barbed-wire fence. 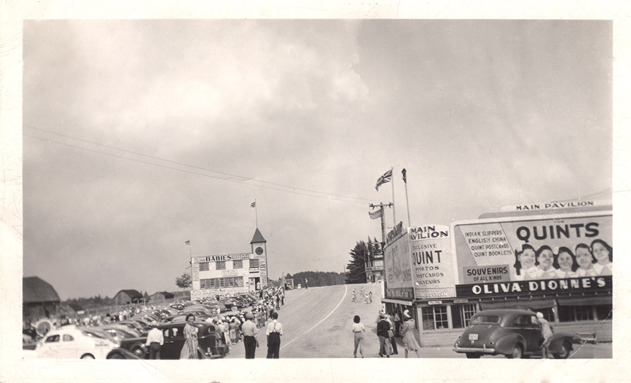 Approximately 3,000 people per day, or a total of 3,000,000 between 1936-1943, visited the observation gallery that surrounded the outdoor playground to view the Dionne sisters. Bringing in $50 million in  tourist revenue to Ontario, Quintland became the province's biggest tourist attraction of the era, even surpassing Niagara Falls.

Oliva Dionne ran a souvenir shop and a woolen store opposite the nursery.  The souvenirs picturing the five sisters included autographs and framed photographs, spoons, cups, plates, plaques, candy bars, books, postcards, and dolls. Available to the public for free in bins were stones from the area that claimed to have the magical power of fertility.

The sisters were used to publicize commercial products including Karo corn syrup and Quaker Oats. They promoted the sales of condensed milk, toothpaste, disinfectant, and many other products. They dominated 1936 Christmas toy sales, pushing Shirley Temple to second place. 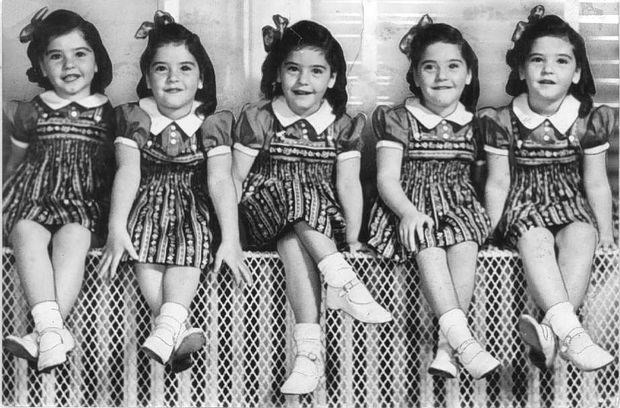 When the quintuplets turned nine, their parents regained custody. Some years later, the sisters claimed they were mistreated by their parents and struggled to develop healthy relationships with their other siblings. In the quintuplets’ memoir, the situation was described as “the saddest home we ever knew.”

Putting North Bay on the Map

While the Dionne sisters largely avoided the public spotlight after Quintland, their births helped put North Bay on the map and changed the area forever.

The city grew with new motels and restaurants, and better highway access. It was the single greatest catalyst to the reformation of the area.

During its existence, admission to Quintland was free, but the Ontario government put aside the revenue that the girls generated through advertising campaigns and the sale of souvenirs bearing their images—among other things—in a trust fund..

While that money was supposed to be for the girls later in life, most of it was used to pay for the salaries of the nurses who cared for them at the theme park, the policemen who directed traffic, and other amenities like toilet paper for the millions of tourists who passed through. 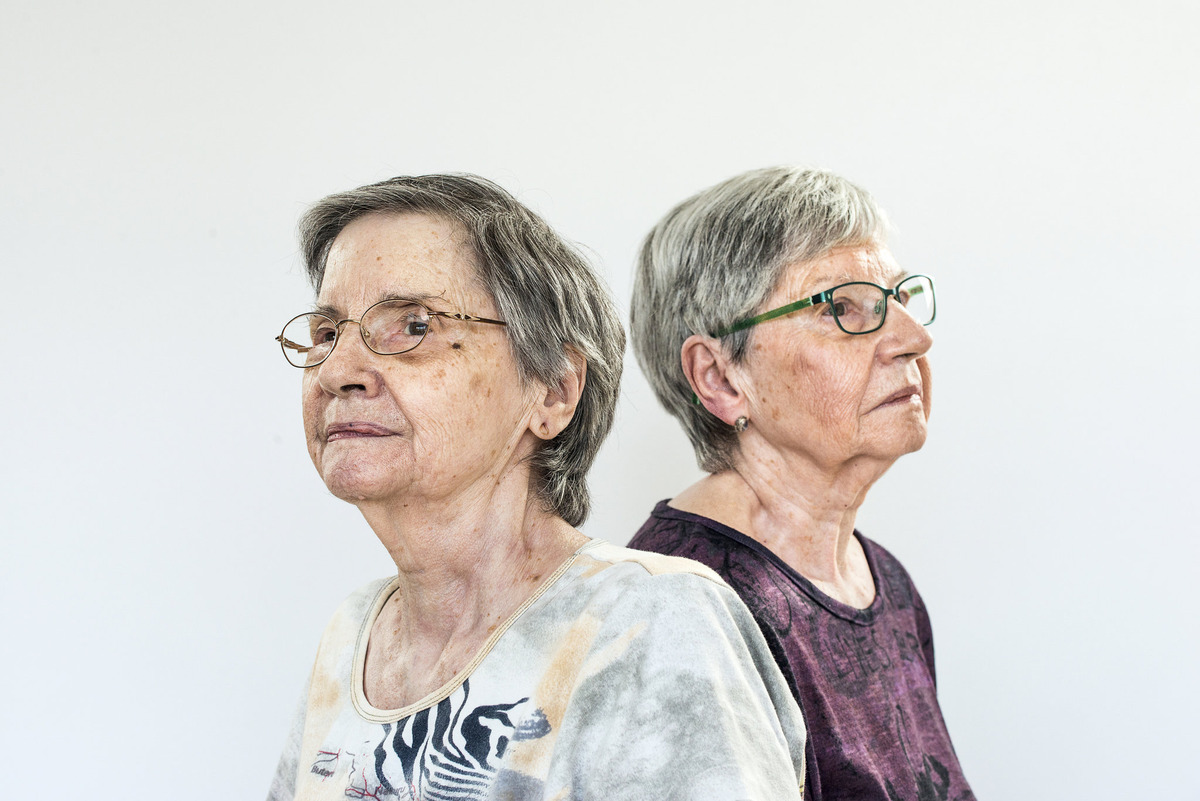 In the late 1990s, the sisters launched a campaign for the Ontario government to hold a public inquiry into their mismanaged funds. They ultimately won a settlement of $4 million.

Today, Annette and Cécile are the only surviving sisters of these famous quintuplets. Émilie passed away in 1954; Marie in 1970; and Yvonne at 67 in June of 2001.

In a quest to preserve their family homestead,  the two surviving sisters granted a rare interview with The New York Times in 2017.

Backed by local residents, especially senior citizens who remembered the Dionnes as one of the biggest stories of their lifetimes, Annette and Cécile Dionne launched a fight to maintain the home and keep it in North Bay. They succeeded.

The Quints also went on to help launch the “Adopt-a-Child” campaign, with 800 orphans finding a home- a record for the time.
Get directions
QR code