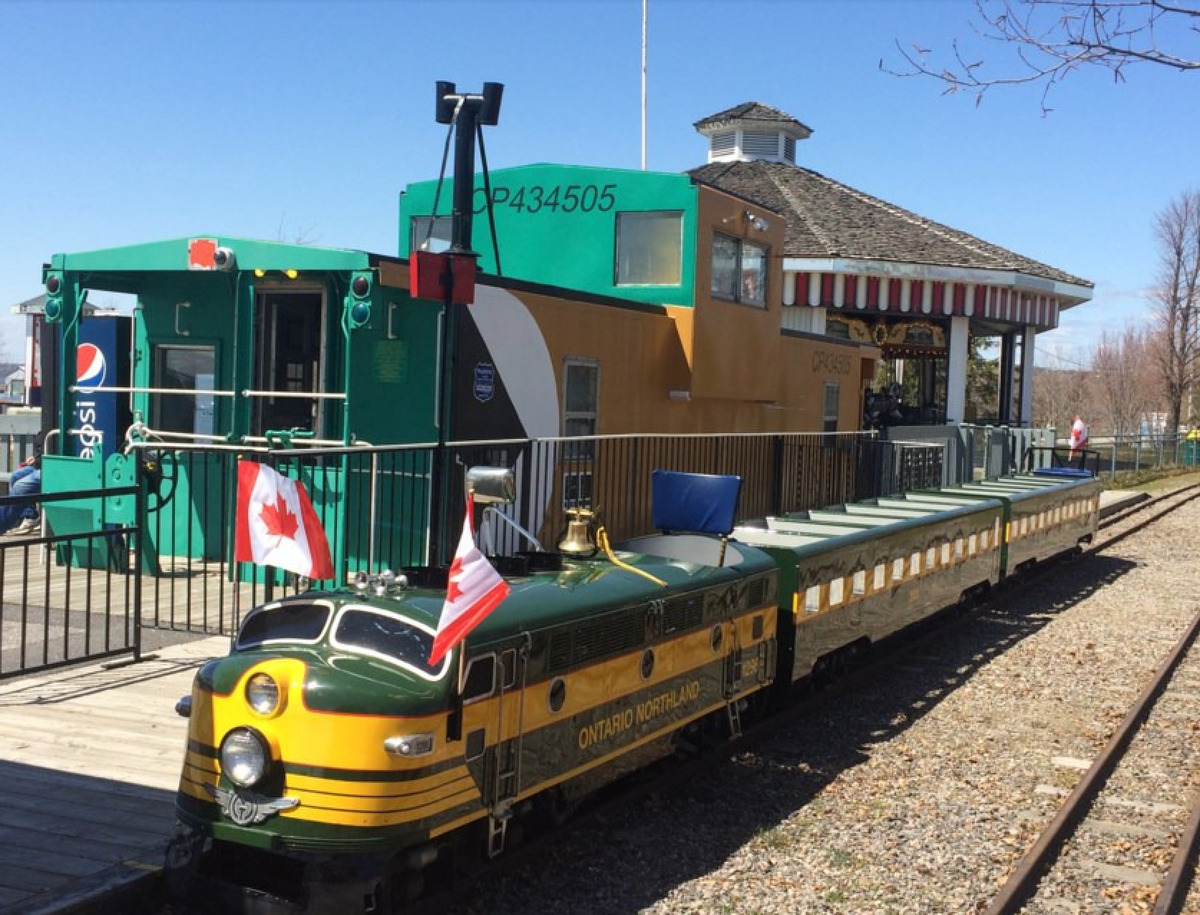 Another popular feature found on the waterfront is the Heritage Railway.

The dream of two men, Stan Lawlor and Rod Johnston, to create a "Miniature" Railway and preserve the heritage of rail in North Bay, became a reality July 29, 1994, with the official opening of the Heritage Railway Company.

A nod to railroading history

A steam and diesel engine and two coaches were purchased in October of 1993 in Cleveland, Ohio. They arrived in North Bay in February of 1994. The engines and coaches were totally refurbished, sandblasted and painted.

During this period a large contingent of retired railway workers from the CNR, CPR and ONR were enlisted (some 50 in total) to do this work and build a rail line. The actual line, a half-mile, was completed in one week.

The spring of 2006 saw the addition of a brand new locomotive to the fleet as the little "Lucy Dalton" replica steam engine look-alike took to the tracks. This is a nod to North Bay's railroading history as the original Lucy made her first appearance in North Bay in 1882.

Round and Round We Go! 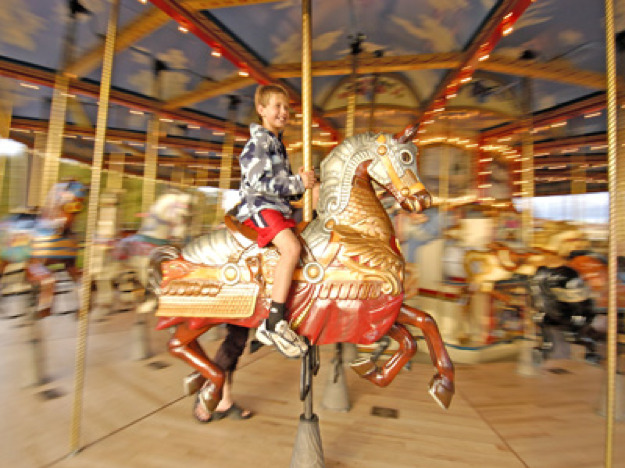 Located next to the Heritage Railway, are 2 carousels. The first, a 1908 Herschell-Spillman carousel was rebuilt to hold 33 carved horses. The 2nd carousel houses beautiful animals, reminiscent of all the creatures found in our Northern Ontario rivers, lakes and forests.

Thousands of hours of volunteer labour went into creating these remarkably unique art pieces. The fine details and intricate design make every piece special in its own way.
Get directions
QR code