The Abitibi Canyon Base Camp

Located only a few short minutes from Abitibi Canyon itself it provides the ideal place for snowmobilers to refuel, eat, and sleep. 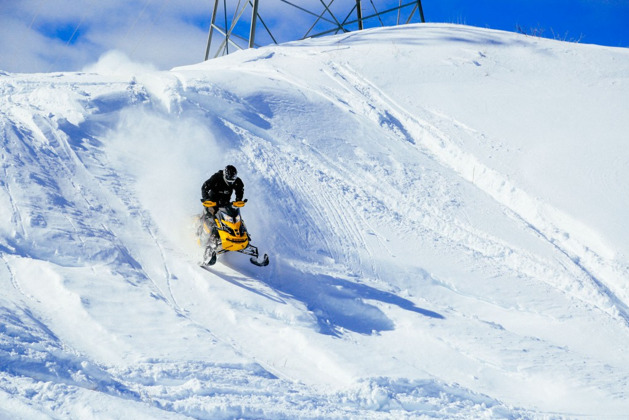 The Abitibi Canyon is a topographic anomaly laced with steep hills, deep valleys and oodles of powder snow.

The route has several scary drop-offs and steep climbs. It also passes through enough challenging hills to keep most adrenalin junkies fixed for several hours.

The only way to know for sure that you haven’t suddenly been transported to the Rockies is the absence of mountain peaks towering in the background. Otherwise, the Abitibi Canyon offers some of the best “mountain riding” in Eastern Canada! 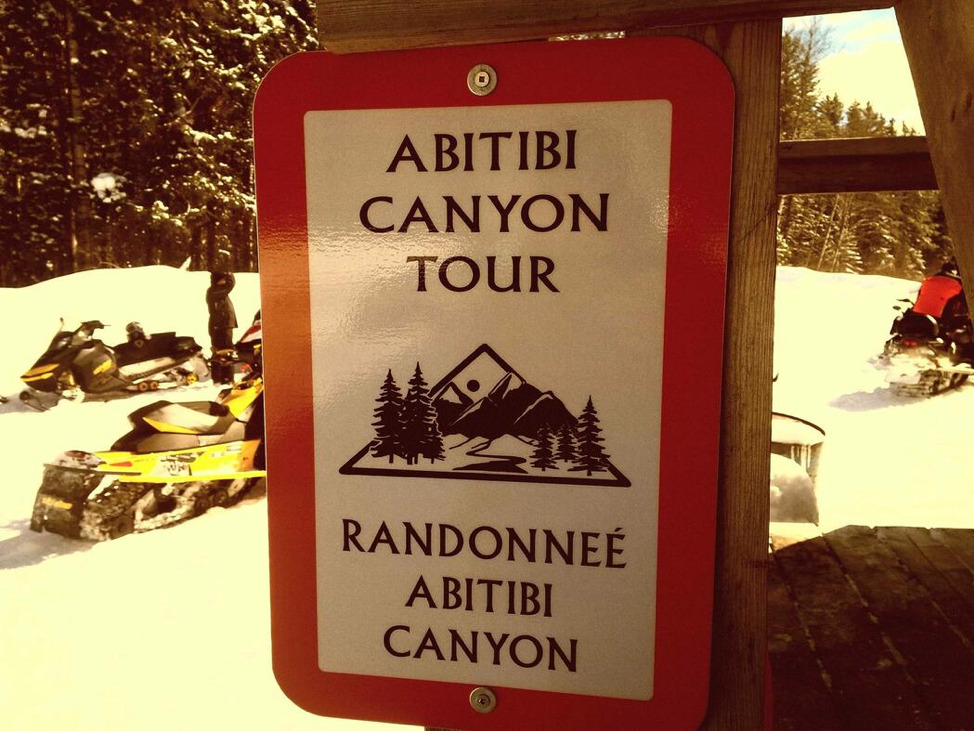 The 300 km Abitibi Canyon Loop sits less then 200km from the southern tip of Hudson’s Bay and The Arctic ocean making it the most northern of all the 35 official OFSC sanctioned snow tours.

This unique location sets it apart in many ways from the low height of the black spruce trees (thanks to a short growing season) that line many of the trails to the brilliant and abundant sunshine often bathing regions this far north.

But don’t be so mesmerized by its superb trails that you miss the main attractions–the view from the Abitibi River dam and off trail boon docking on the snowy slopes of the Abitibi Canyon. 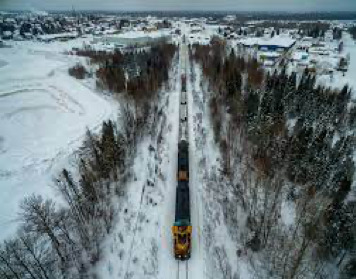 Getting to the Canyon is too ambitious for you? Don’t fret, you can also enjoy the Arctic by hopping on the Polar Bear Express.  You can even load your snowmobile onto the train!

Tilt your seat back and listen to the low roll and rhythmic click-clacking of the world-famous Polar Bear Express as it transports you through a vast, impenetrable wall of black spruce and tamarack. While you sit back and relax, be sure to keep an eye out for wildlife and expansive views of the Abitibi and Moose Rivers.

Leather seats, electrical/USB outlets, and well-appointed dining cars are sure to keep both the wide-eyed traveller and local commuter alike comfortable during the 4.5-hour ride between the Towns of Cochrane and Moosonee, the end of the rail line.

Gateway to the Arctic 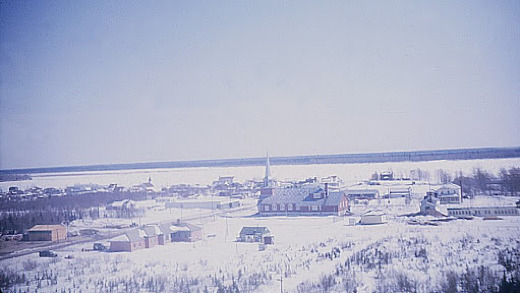 Located along the Moose River approximately 19 kilometres south of James Bay Moosonee is considered “the Gateway to the Arctic” and has Ontario’s only saltwater port.

One of the oldest settlements in Ontario

Moose Factory, is one of the oldest settlements in Ontario. Mainly inhabited by the Cree Nation, it was the first English-speaking settlement in lands now making up Ontario and the second Hudson’s Bay Company post to be set up in North America after Fort Rupert.

The community is connected by water taxi in the summer and ice road in the winter. 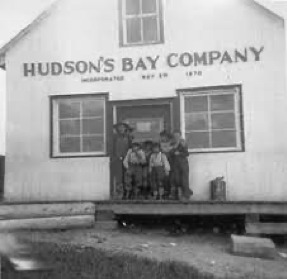 The HBC fort was located on traditional Môsonîw Ililiw (Cree) lands. In addition to trading, the site was also intended to protect the company’s interests from traders to the south. The fort was profitable and had a direct impact on the fur trade in New France. 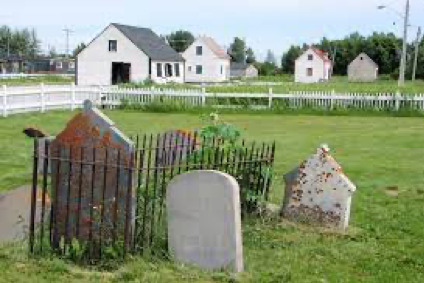 After World War II, the Hudson’s Bay Company transformed into a retail business, and in 1960 it opened a modern retail store in Moose Factory.

The HBC staff house and other historic properties were converted into the open-air museum of Centennial Park that opened in 1967.

The HBC continued to operate in Moose Factory until 1987, when its operations in northern Canada, including Moose Factory, were sold to The North West Company.

Today, the North West Company operates a grocery and general goods store at the Moose Cree Complex selling food, as well as general merchandise such as clothing, electronics and housewares near some of the historic HBC buildings. 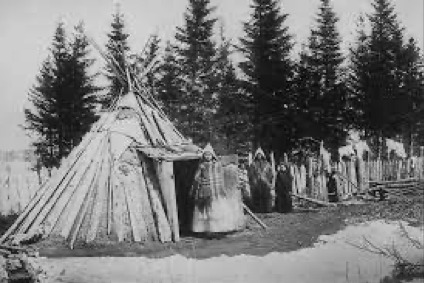 Before Cochrane was founded, it was used as a summer camping ground by indigenous people, and a stopping place for fur traders travelling to Moose Factory. In the early 20th century, the railway was built through the area, and the Town of Cochrane was officially incorporated in 1910.