Where everyone comes to play 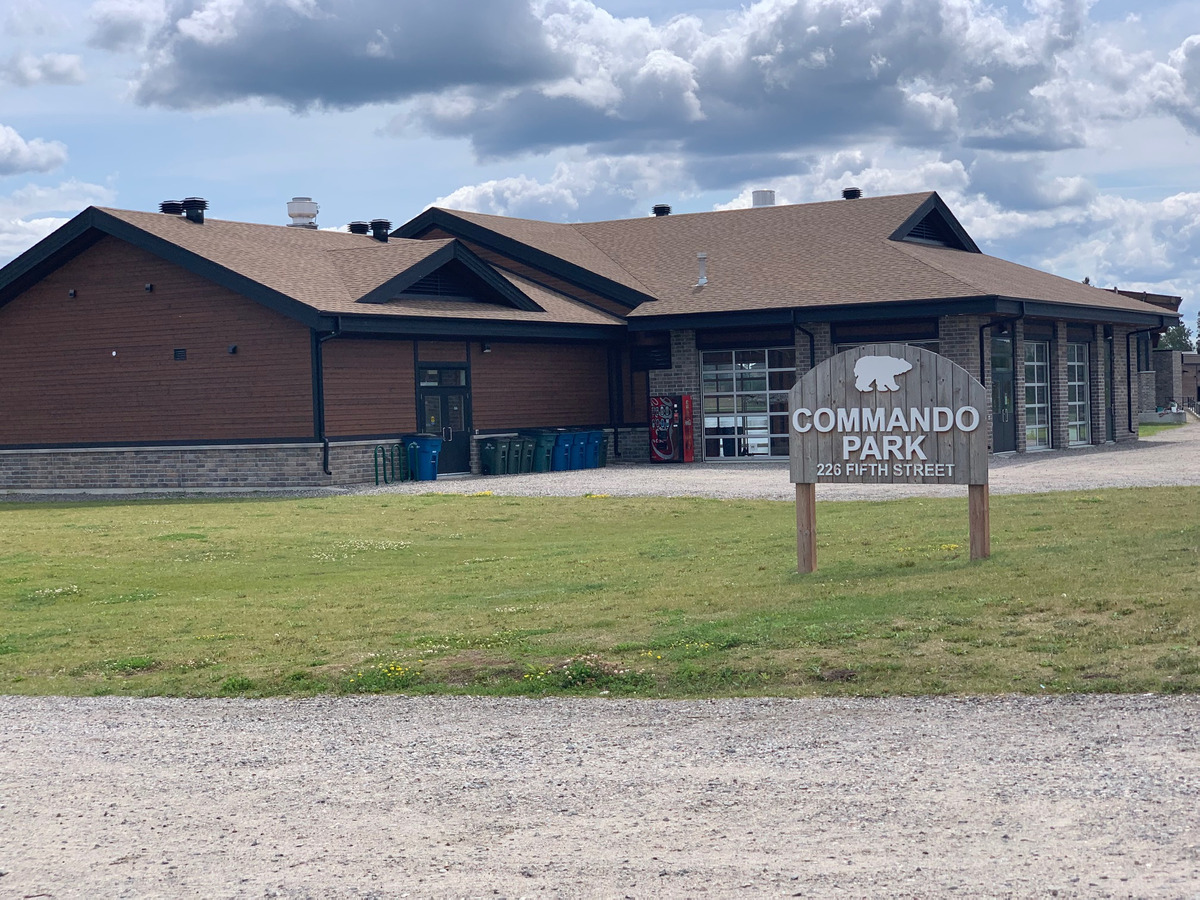 Situated in the Heart of Cochrane’s downtown, Lake Commando is a hub of activity year round.

The Town of Cochrane promotes an active style of living and is proactive in providing many recreational activities that allow residents to lead a healthy and happy lifestyle.

In the summer the centrally located spring-fed lake is refuge from the hot July sun while winter offers up some of the finest Northern Ontario traditions, like snowmobiling, ice fishing, pond and recreational ice hockey. The Lake is truly the centre of activity for the entire community and is home to many events. 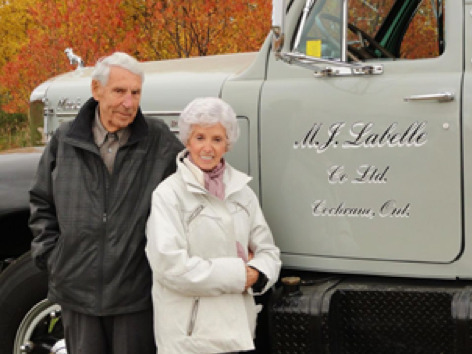 Overlooking Commando Lake is the home of Marcel Labelle, a long time Cochrane contractor, and his wife Frances.

From business to philanthropy

The prominent businessman, now in his late 90's, established M.J. Labelle Co. Ltd. at the height of the Great Depression and Second World War. Boasting 200 employees at its peak,, the company became one of the most successful civil engineering companies in Northern Ontario,

The Labelle’s sold the company in 2012 and have since established the Marcel and Frances Labelle Foundation, a philanthropic entity that has contributed millions to various organizations throughout the North.

The Winter is Worth Celebrating 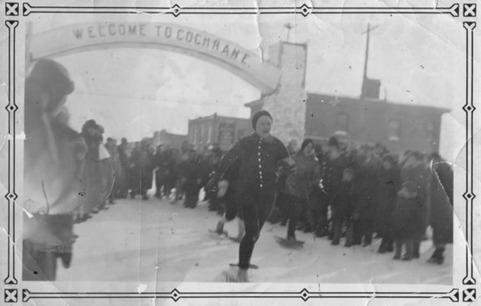 Having been held over 80 years ago it has changed dramatically over the years. ​Unlike today’s week and a half long carnival, it was originally a one-day event. It brought in people from neighbouring communities with an enticing “one cent per mile” bargain on railway fare.

This first inception of Carnival featured dog sledding, snow shoeing, and cross-country ski races with prizes that included a box of cigars, a ham, and $1 in milk tickets. ​This version of the Winter Carnival continued in slightly smaller iterations until it faded out around 1940.

Carnival Revival in the ’60s 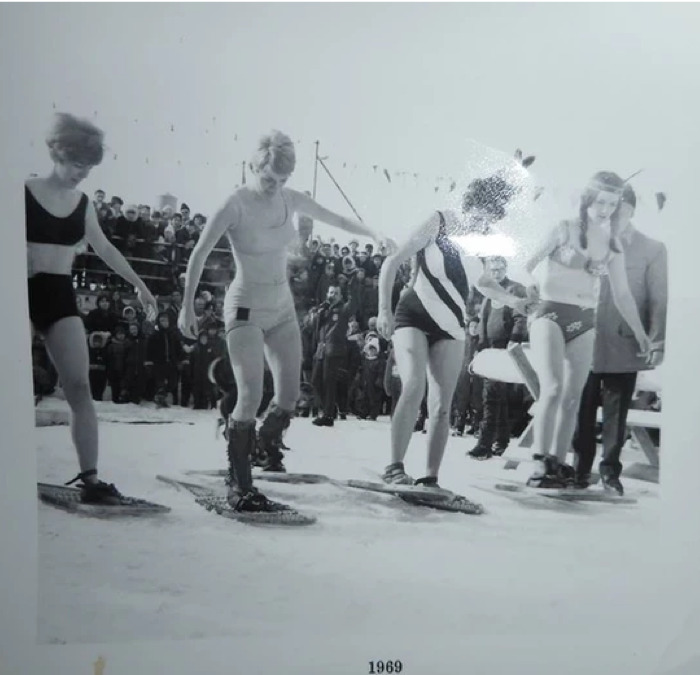 The Annual Winter Carnival relaunched in 1963.

Cochrane’s carnival is notable for many things, including receiving Ontario’s first ever permit to serve liquor on a Sunday!

The carnival revival in the 1960s also saw the beginning of snowmobiles becoming a part of the Winter Carnival. The 1965 carnival presented a ‘Skidoo Daredevil Show’ and in 1974 a snowmobile obstacle course was created.

​​​The Winter Carnival has also grown in popularity since its creation, bringing upwards of 10,000 people to the town. 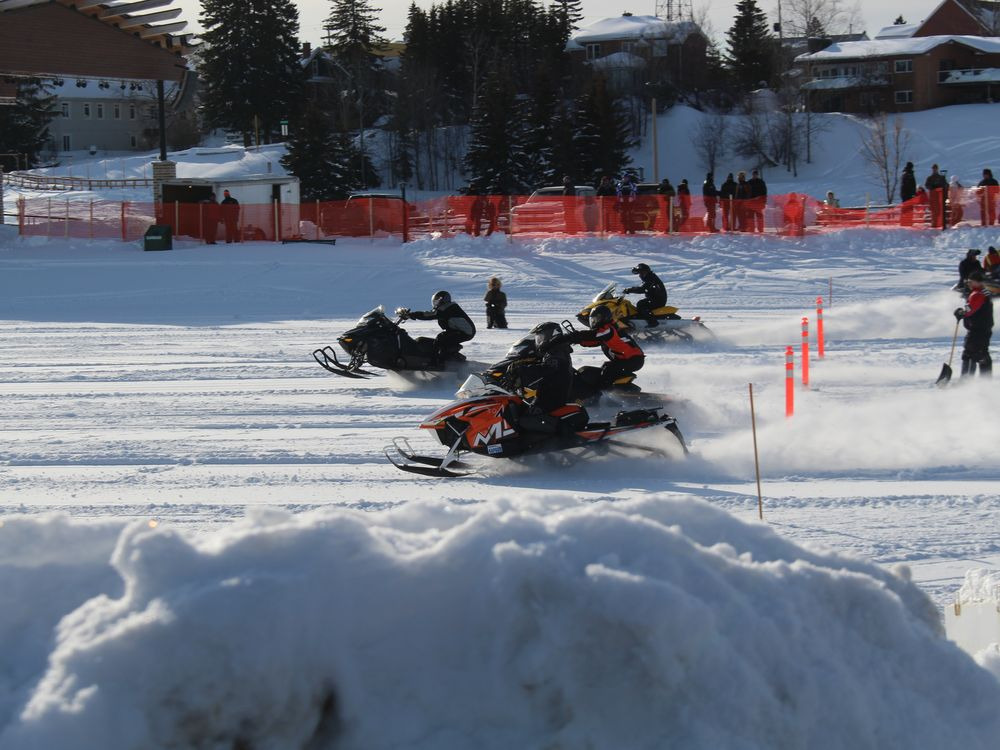 Racers come from all over Ontario and Quebec to compete in the sanctioned CAMAO circuit race held on Lake Commando to earn points toward attempts for a season championship. Anyone with a snowmobile and the desire to race can register. 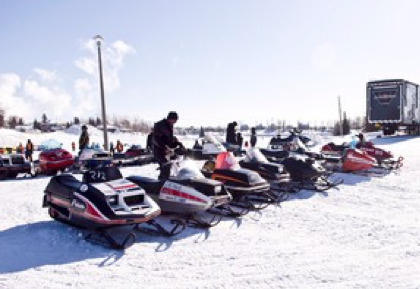 The Cochrane Classic Vintage Riders Club has been holding Vintage Classic Snowmobile drag races on the lake since 2014.

It’s fascinating to see the condition of some of these older models. Racers of all ages can participate which makes it even more fun!. 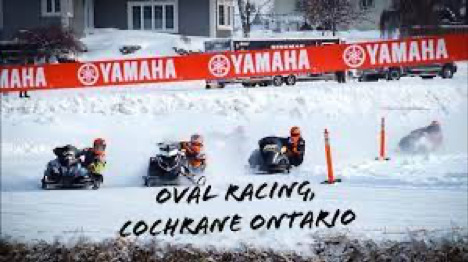 First organized in 2018 by Dan Girard, executive member of the Cochrane Classic Vintage Racers the oval races held in Cochrane are part of the Ontario snowmobile Oval Racers circuit and offer new thrills and challenges to experienced snowmobilers.

Each community hosting an event provides a championship race. Cochrane’s Polar Bear Cup featured race is the Super Mod 340. This new addition has shown tremendous success and is sure to be around for many more years.