The first church and cemetery 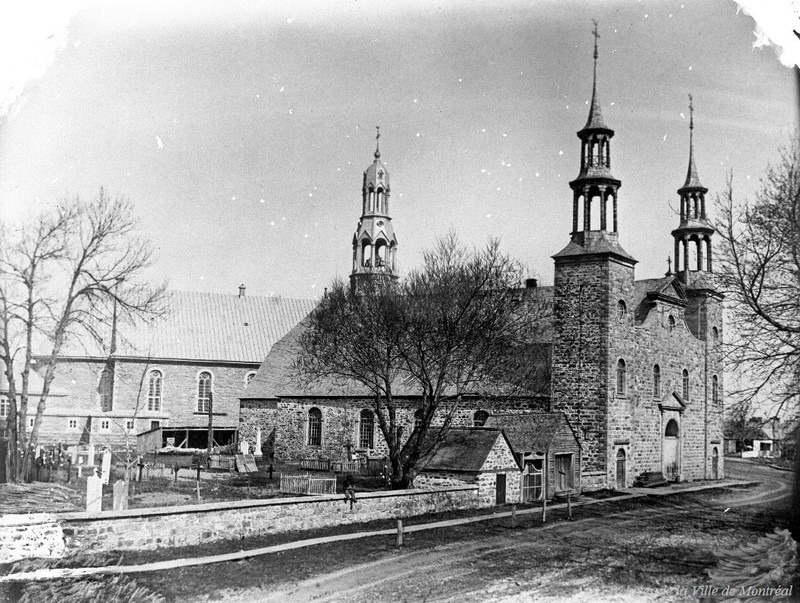 The first chapel was built in Mascouche in 1750, the year the parish of Saint-Henri-de-la-Mascouche was founded. On December 29 of that same year, it hosted the first baptism, that of Marie-Josèphe, daughter of Pierre Truchon dit Léveillé and Marie-Charlotte Bohêmier. This baby was baptized by the priest Simon Amable Raizenne.

We have very little information about this chapel; however, we do know that it was particularly small. As early as 1767, its parish priest asked for a new church as he claimed to be, "suffocated by the heat all summer with the few inhabitants who could fit in the church".

In 1781, the first Sulpician-style church was built. Its construction was funded by the parishioners who paid contributions according to the amount of land they owned. In the 1840s, under the authority of Curé Gagné, the church was renovated, enlarged, and a new bell tower was built. The church was then demolished in 1885 to make way for the current church that can be seen in the background of the photo.

Surrounded by a stone wall, and wedged between the convent and the presbytery, the old cemetery became cramped since 1750, with its 9,000 dead. The new cemetery was therefore built across the bridge at the end of Dugas Street and completed in 1905. That means that the first cemetery of Mascouche is located right here in the park where one can now admire a monument of the Sacred Heart. 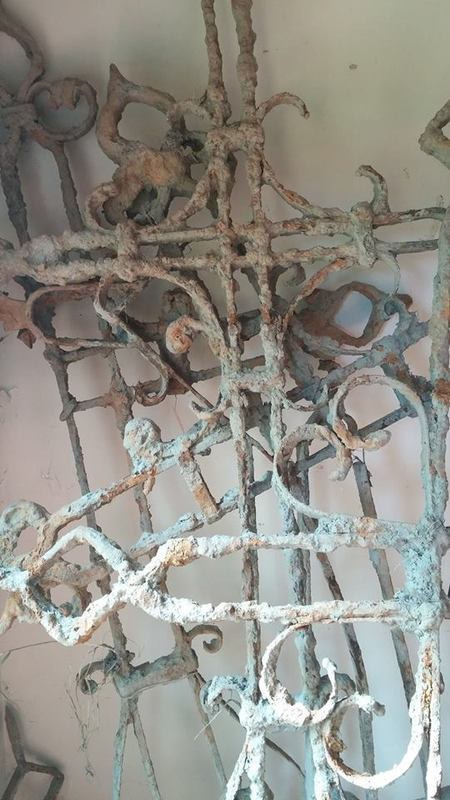 These wrought iron crosses were found during the great cleaning of the Mascouche River in July 2016 and are an example of the type of funerary monuments that were common during the time the first cemetery.

In the early days of the colony, the funerary monuments were mostly made of wood. In the 19th century, wooden stele were gradually replaced by stone monuments. The latter would have been much more expensive due to the luxurious materials and the many hours of labour needed by the stonemason to complete and transport them. As of the end of the 19th century, families with lower incomes mostly chose to erect a simple wrought iron cross in memory of their deceased, which had the advantage of being both more economical than stone and more durable than wood.

Wrought iron crosses were usually crafted by a local blacksmith. The blacksmith could sometimes use pieces of scrap iron, perhaps from an old wheel, brought by the customer. Some specimens are true folk art masterpieces. They bear witness to various forging techniques and illustrate a range of decorative and symbolic motifs. The manufacture of this type of funerary monument ceased around the 1970s at the same time as the disappearance of the blacksmith profession. 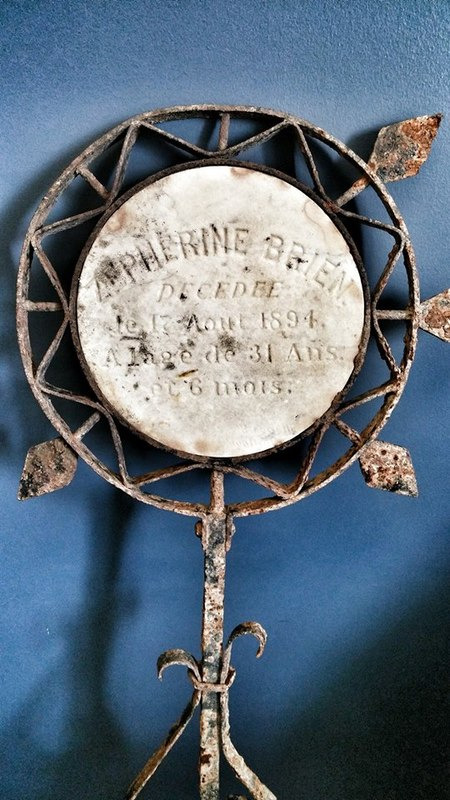 This iron cross with marble plate inlaid in its center was also found during the great cleaning of the Mascouche River in July 2016.  It reads as follows:

Since Mascouche’s new Saint-Henri cemetery was built in 1905, it can easily be assumed that this iron cross was initially installed in the old cemetery, then was moved when the new land was acquired.

Monument of the Sacred Heart 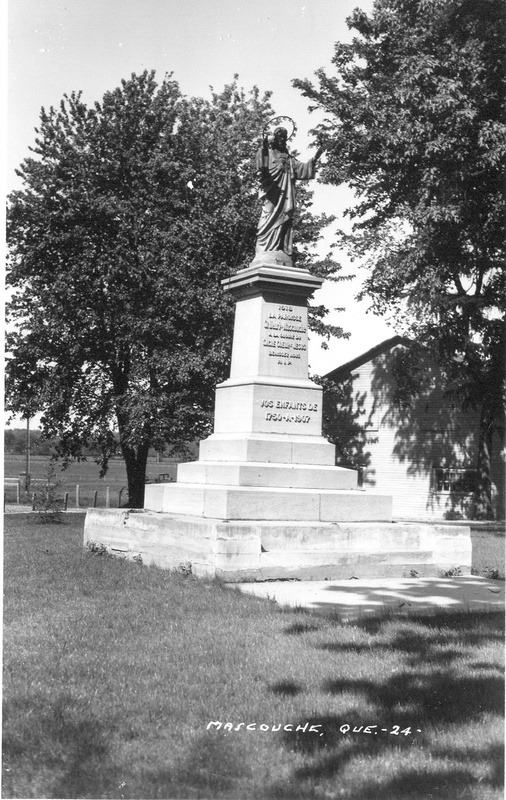 In 1918, a monument of the Sacred Heart was erected in this park in commemoration of the First World War.

The Monument of the Sacred Heart

The Monument of the Sacred Heart was built in 1918 on the site of the first cemetery in Mascouche, which was in service from 1750 to 1907. By erecting this monument, the parishioners of Mascouche implored the Sacred Heart of Jesus to cease the hostilities of the First World War. The monument was also built to commemorate the victims of the war, those of the Spanish flu, and any person buried in the old cemetery.

Several monuments to the Sacred Heart were erected at that time throughout Quebec. Cardinal Elzéar-Alexandre Taschereau (1820-1898) placed the ecclesiastical province of Quebec under his protection around 1875. Subsequently, devotion to the Sacred Heart spread throughout Quebec and inspired many artistic productions of the 20th century, which often bore evidence of the theme of the “Sacre-Coeur”. The one standing before you, however, has a much more imposing plinth and a higher value than many monuments of this kind.

The Monument of the Sacred Heart is erected in 1918 and reminds the victims of the Spanish flu.

This flu claimed its first victims in October 1918 and came to North America from Europe along with soldiers returning from the war. The virus spread so quickly that the state had to adopt exceptional hygiene measures. Among other things, the public hygiene system required the closure of schools, cinemas, theaters, and all public places in order to slow the epidemic. Despite all these precautions, the Spanish flu led to the death of 13,000 Quebecers before the end of 1919. Its climax was during the period of October 10 to October 20, 1918. All at once, 500 people died in Quebec City and 3500 in Montreal.

According to Patrick Berche, professor of microbiology at the Necker Hospital in Paris, the Spanish flu virus of 1918, which was resynthesized in the laboratory, was 10,000 times more virulent than the H1N1 strain that circulated in 2005!