Crypt of the Church of St-Henri de Mascouche

Crypt of the Church of St-Henri de Mascouche 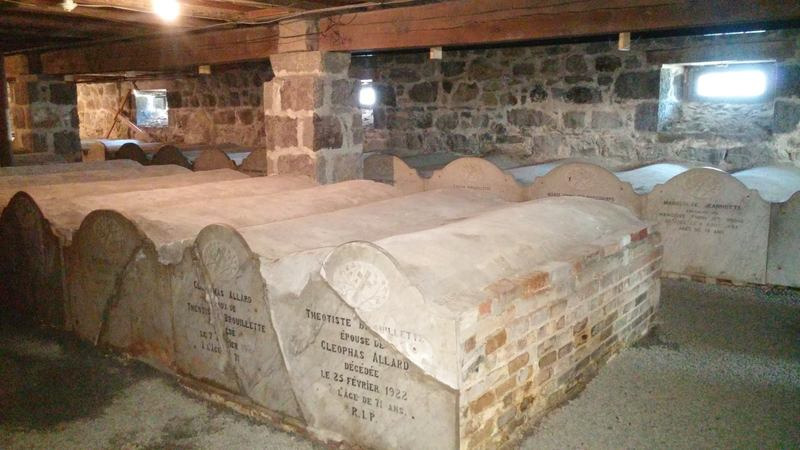 Part of the basement of the church was transformed into a crypt - an underground vault used as a burial place. Nearly 54 bodies of the Mascouchois elite, and priests who worked at Saint-Henri de Mascouche towards the end of the nineteenth century, are buried there. Each tomb is a rectangular brick structure that is vaulted and closed at its end by a marble stele before being placed side by side.

Burial in the crypt followed the tradition of burying bodies under church pews. This practice, long used in Quebec, was gradually abandoned in the 19th century, mainly for reasons of salubrity, space, and to avoid the desecration of human remains. Over time, the principle of the crypt thus emerged. 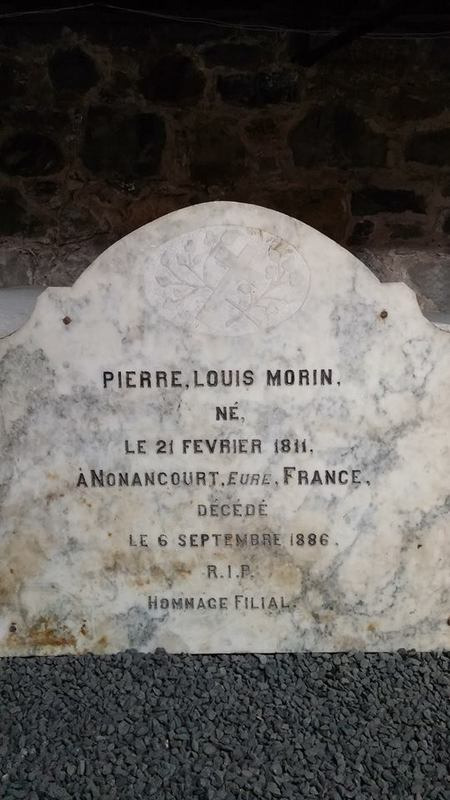 Among the notables buried in this crypt are Pierre-Louis Morin, topographer, draughtsman, portraitist, drawing teacher, architect, singer, geographer, and director of the Register of the Province of Quebec. We attribute to him, among other things, many portraits of historical figures of Quebec (Cartier, Champlain, Maisonneuve, etc.) as well as the plan of the Masson Manor of Terrebonne and a nominative plan of the lands of the village of Mascouche in 1884. 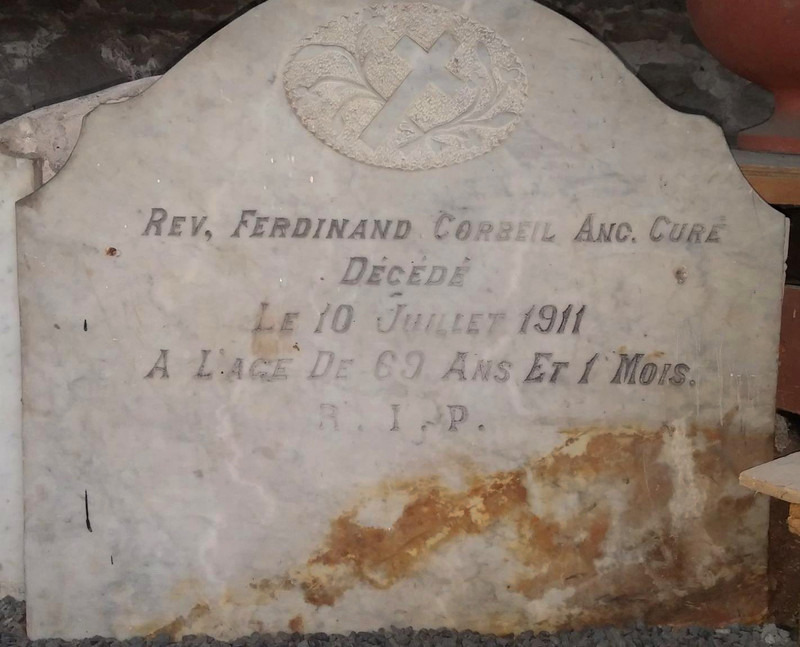 There are usually several priests in the parish crypts but there are only two here in Mascouche. Interestingly, the Reverend Ferdinand Corbeil is the only priest of the crypt who is native to Mascouche. After serving as parish priest for several parishes in Greater Montreal, he retired here in 1905 and died in July 1911.

Burial in a crypt in Quebec

As previously mentioned, burying bodies under church pews was abandoned and replaced by the use of crypts.

Thus, around 1860, the parish priest of Laprairie required that the coffins buried under the parish church be surrounded by stone or brick. In the Quebec City area, an 1879 diocesan directive prescribed that, for a burial in the church, the coffin be covered with at least four feet (1.21 m) of earth or placed in stone masonry 18 inches (45.7 cm) thick, or 12 inches (30.48 cm) thick if the masonry is made of brick.

Burial under the church was a mark of distinction reserved solely for either the wealthy or members of the clergy. It is likely that this was also the case for burial in the crypt. In Quebec, churches built before 1900 with crypts are rather rare, however those discovered include  the church of Sainte-Anne-de-la-Pérade (Mauricie), which contains 182 remains, the Hôtel-Dieu de Montréal (crypt of the Hospitalières) and the Grand Séminaire de Montréal (crypt of the Sulpicians).

In the 20th century, basements (or portions of basements) of churches were specifically arranged to receive crypts as can be observed in the case of the Saint-Pierre de Shawinigan church.

The church of St-Henri de Mascouche

Not far from the church of Saint-Henri de Mascouche and its crypt is one of the first funeral homes in Mascouche.  You can still find it by going to 2904, rue Dupras.

In Quebec, it was not until the 1940s that the funeral home as we know it today made its appearance. With their creation, the long funerary vigils of old gradually faded to make way for more moderate rituals which were just as meaningful for grieving families. In the absence of funeral homes, other methods were used, as was the case in Mascouche.

For example, some home-owners offered "mortuary salon" services by moving the furniture aside in their living rooms to make way for the exhibition of the bodies of the deceased. This was the case of Anatole Crépeau who offered his services for 20 years out of his home at 2904, rue Dupras working under the banner of Roch & Frères Funeral Homes.  The kitchen was eventually converted into a dining room where relatives of the deceased could eat and drink.  It is said that some opportunistic people pretended to pay a last tribute to the deceased to enjoy the buffet!  The photo was taken in July 1962.