Our Lady of the Holy Rosary Church 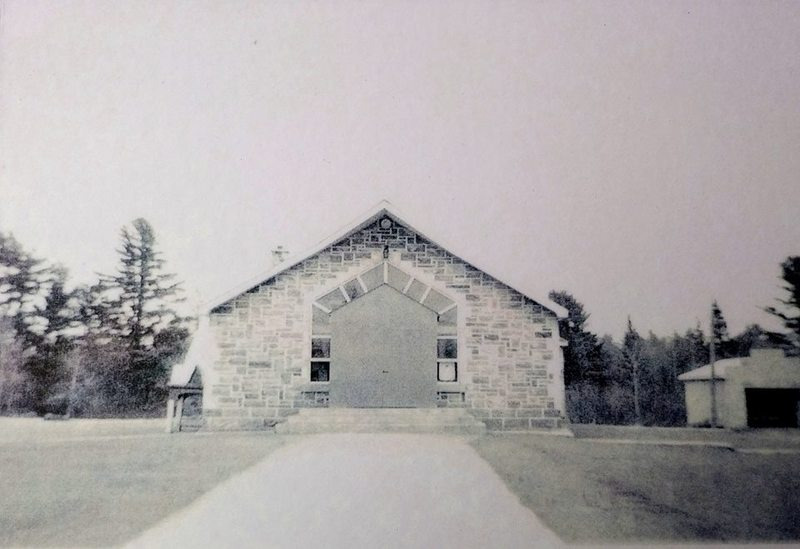 On August 30, 1950, Monseigneur Joseph-Arthur Papineau, Bishop of Joliette, sanctioned the contruction of what was then called the English Catholic parish of Mascouche.

During the 1920s and 1930s, the southwest of Mascouche saw a rapid development of a community for vacationers. The promoters of Terrebonne Garden sold many lots on the streets adjacent to Chemin des Anglais. Many of their clients came from the south-west of Montreal, from an English-speaking background, and mostly from the Anglican faith. It is no surprise that this community soon organized itself to establish their own place of worship.

In 1948, the area had about twenty English-speaking Catholic families wishing to have a school and a parish. Under the initiative of the John Théberge and James McCune families (neighbors and brothers-in-law), steps were taken to accomplish this goal. Thus, on June 2, 1948, Father Raymond Fitzgerald, a Redemptorist from Ottawa, celebrated the first Catholic Mass in James McCune's home on Brompton Street. An army tent was later used as a provisional place of worship. The new mission was inaugurated with a retreat at the beginning of the summer that attracted 165 faithful. In September 1948, a small temporary school opened on Joy Street.

On November 30, 1948, the Bishop of Joliette agreed to set up a committee of trustees to next build a chapel. Supervised by the curé Caillé, parish priest of Saint-Henri-de-Mascouche, MM. John Théberge, J.D. Stuart, Pat Murphy, Alfred Tessier, and C.G. Goughlin got to work. It was decided that it would be necessary  to borrow $10,500 from various parishioners in Saint-Henri-de-Mascouche at an interest rate of 3%, for a period of two years.

Construction of the church began on September 12, 1949. The work progressed so quickly that a Mass was delivered by Father W.J. Cassidy on Christmas in the basement of the church. Father Cassidy had served as a missionary since 1948. On July 2nd of the following year, the first Mass was celebrated in the church itself, which was then blessed by Bishop J.-A. Papineau on August 13.

The parishioners welcomed their first parish priest on August 31 1950, and the following summer was used to erect the presbytery. At the end of the summer of 1952, the interior of the church was winterized. Eventually, in December 1956, a plot of land was purchased from Mr. Raoul Chartrand to develop the parish cemetery. Only during the year 1958 was the interior of the church given its finishing touches: decoration, tiles, etc. The benches were installed in March 1959, and in September 1963, the bell tower was erected and was blessed in May 1965, on the 15th anniversary of the parish.

Our Lady of the Holy Rosary Church 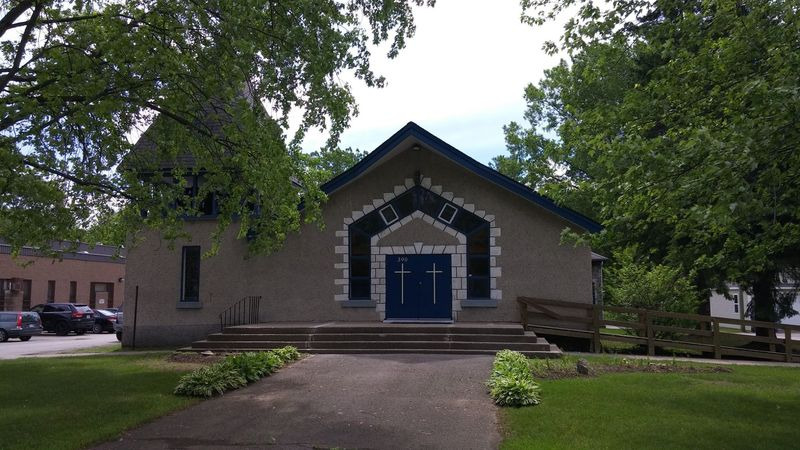 Around 1965, with the installment of the Second Vatican Council, masses delivered in Latin gave way to masses in English and French. In addition, in the late 1960’s and 1970’s, an exodus from the peripheral regions of Quebec caused a strong influx of Francophones in Mascouche. In addition, after the election of the Parti Québécois in 1976, many anglophones decided to Quebec. Their homes welcomed new Francophone families, so by the end of the 1970s, the parish's population had become predominantly Francophone. The neighborhood, which took the name of "Mascouche-Heights" in the early 1970s, was increasingly asserting itself under the name of "Mascouche en Haut"!  It was Father Desrosiers who changed the name of the parish to make it bilingual.

During the year 1975, the community celebrated the 25th anniversary of the parish. A dozen activities highlighted the event, including a large Mass in Latin celebrated by the first parish priest, Father Albéric Lalande.

In 1980, the "Mascouche-Ouest" part of the parish was amputated to form the new parish of Saint-Benoît. In 2004, this parish was abolished and Notre-Dame-du-Très-Saint-Rosaire returned to its original location. Mass, however, was celebrated at St. Benedict until June 9, 2010, when the cross of St. Benedict was repatriated to the church.

Even though the number of English-speaking parishioners has decreased considerably, those attending Sunday morning English-language Mass come from across the region. In fact, the parish now even serves the Anglophones of southern Lanaudière!

Interior of the Holy Rosary Church 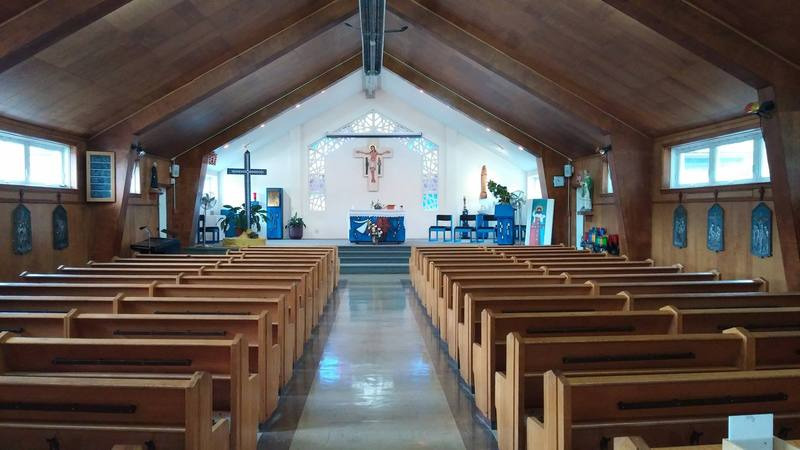 The interior of the church is far from the splendor of the great Catholic churches built at the end of the nineteenth century. The work took place from 1949 to 1950, according to the plans of the architects Gérard and René Charbonneau. The interior decoration was made in 1958, and the tower, which housed the baptistery at its base, was erected in 1963, with the bells installed in 1965.

First Mass at the McCune's 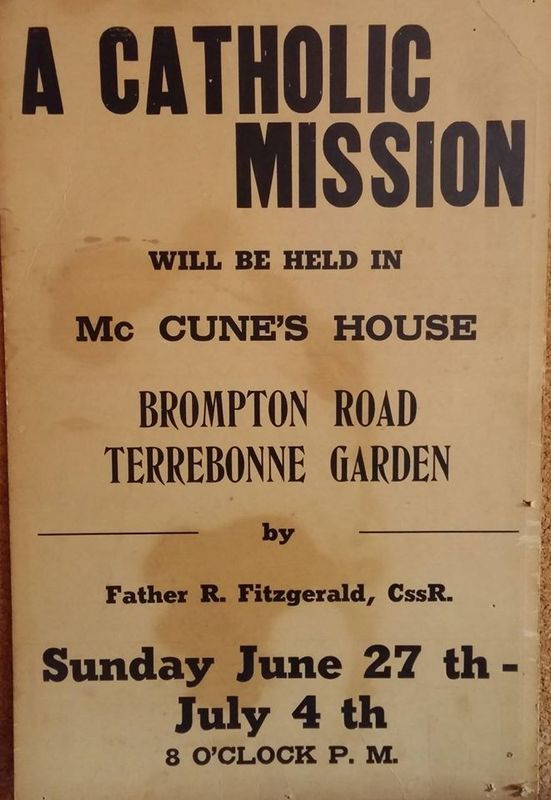 This poster, still on display at the Church, dates back to the beginning of the parish when an Ottawa Redemptorist, Father Raymond Fitzgerald, offered to celebrate the first Mass in the McCune family home on Brompton Street. Mascouche-Heights, which residents referred to at the time as Terrebonne Gardens, was distinct from the entire territory of Mascouche.

Originally, the Théberge and McCune families put a lot of effort into obtaining English-language religious services in this area. Both Mr. Théberge and McCune, who were neighbors and brothers-in-law, put their houses at the service of the parish; the Théberge family received the priest and the McCunes welcomed the celebrant for Mass.