Our Lady of the Holy Rosary Cemetery 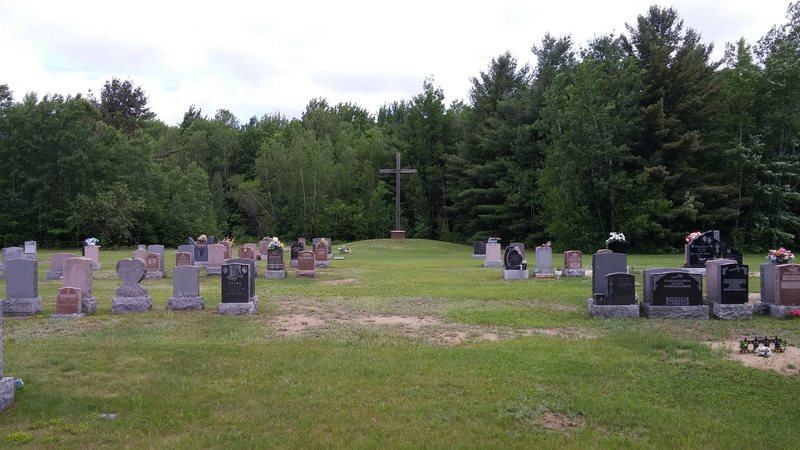 In 1956, the parish of Holy Rosary purchased land belonging to Raoul Chartrand to establish a cemetery.  In February 1957, the Archdiocese of Joliette redefined the boundaries of the parish to include the new cemetery and the entire territory of Moorecrest. 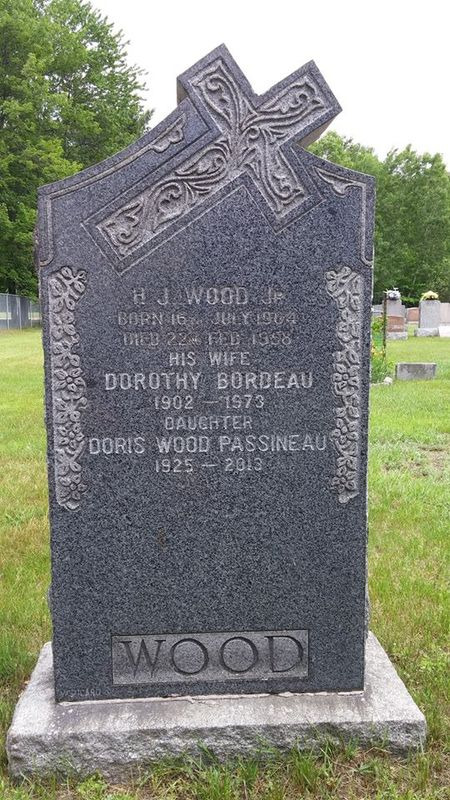 The first person to be buried in Holy Rosary Cemetery was Franck Connolly; buried on February 11,1958.  Unfortunately, no funerary stele was erected in his name as his remains are in a mass grave.

The first stele of the cemetery was erected on February 25 of the same year in memory of Henry John Wood (1904-1958).

In his career as a police officer of the Sûreté du Quebec, Albert "Kojak" Lisacek found himself in the way of the FLQ, Richard Blass, Jacques Mesrine, Monica la Mitraille and Frank Cotroni. He had professed that he never thought he would reach his 50th birthday; however, he lived to the age of 79 when he succumbed to cancer on November 20, 2012.

Standing at six feet two inches, with a shaved head and machine gun in hand, Albert Lisacek was an imposing figure. Journalists had even gone so far as to declare him the toughest police officer in Canada! 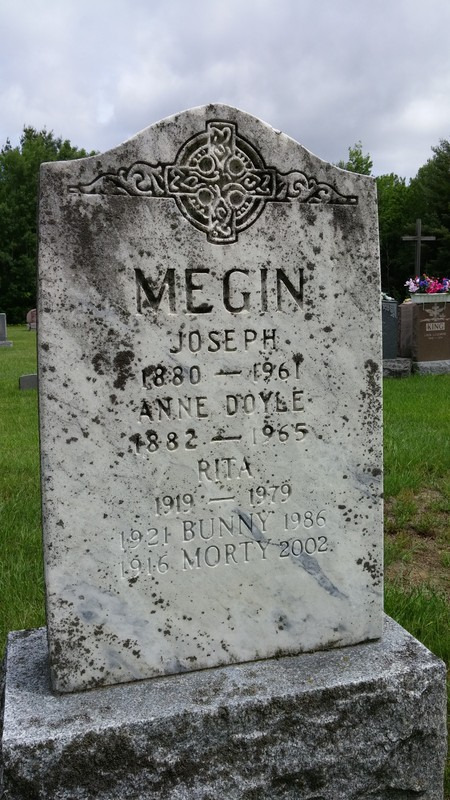 Engraved in the top of this stele, we see an elaborate cross. This Celtic, or haloed, cross, is generally depicted within a ring.

According to a popular legend, it was St. Patrick himself who was at the origin of the design and style of the cross. When St. Patrick arrived in pagan Ireland to convert the populous to Christianity, he used certain Celtic symbols to gradually link paganism to Christianity so that the population could identify with this new religion without betraying their roots. The circle that surrounds the center of the cross represents the pagan god of the sun. A few centuries before Christ, many civilizations worshipped idols composed of stone, not unlike these crosses.