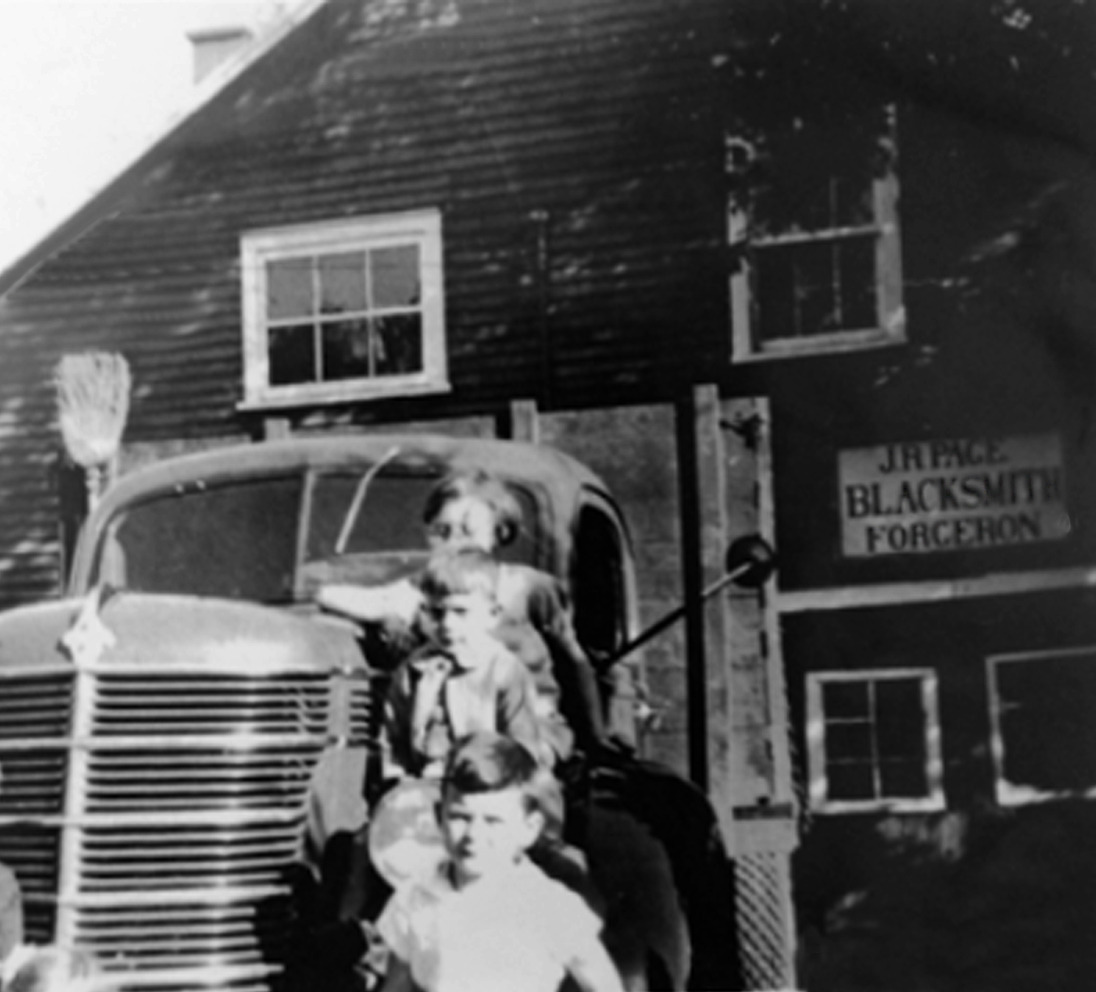 This house was built in 1920 and belonged to Joseph-Raoul Pagé, the last owner to operate the forge that was behind the house. Joseph-Raoul and his wife Germaine Fulker, a teacher, bought the house and the forge in 1934 from Mr. Armand Filion. 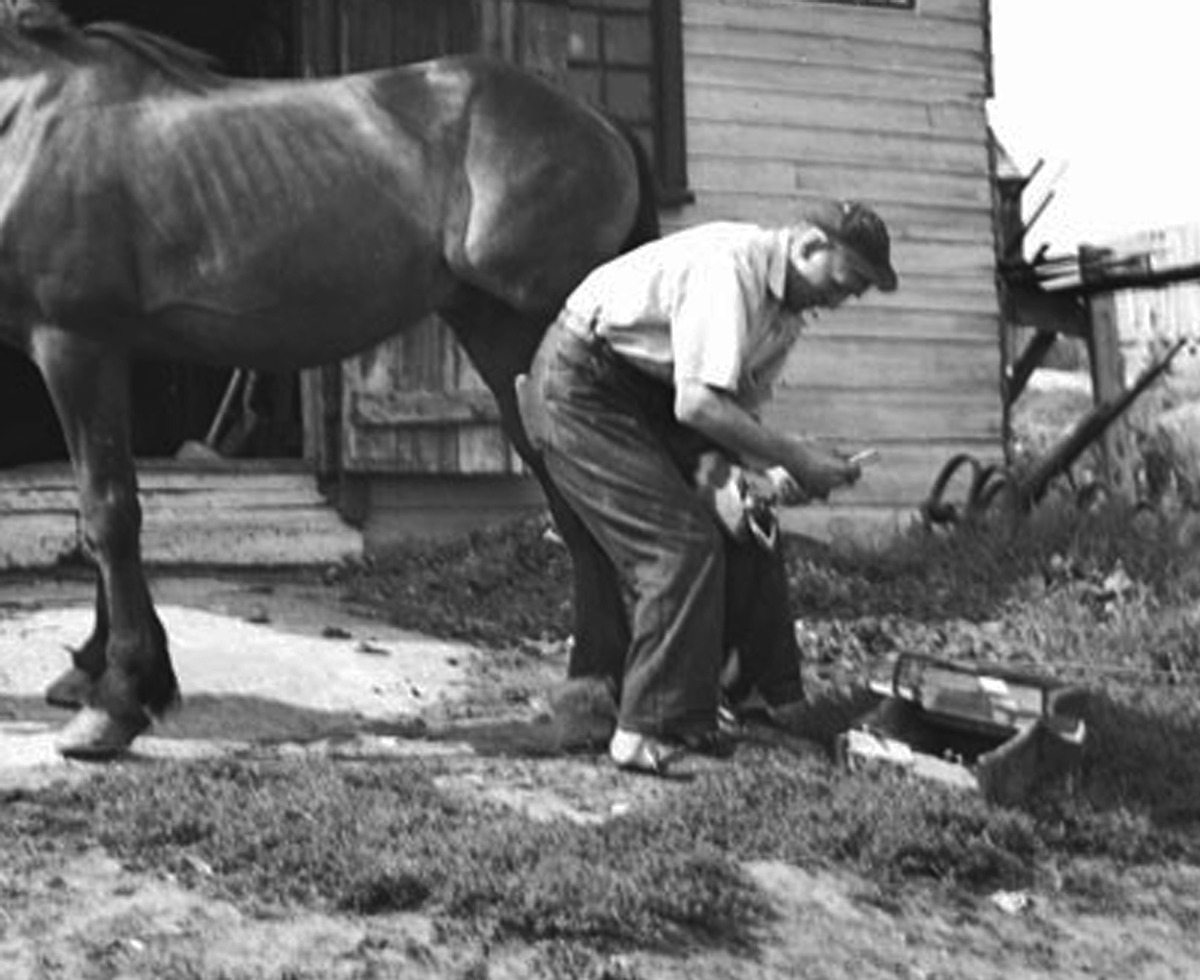 Extraction of a horseshoe by a blacksmith in Saint-Fidèle, Quebec, 1942
Source: Encyclopedia of French Cultural Heritage in North America

Olive Boyd Kneeland, a neighbour of the Pagés, remembers that it was a very busy place. The biggest customer was J. E. Seale's sawmill, which had more than a dozen horses to transport wood. They could be seen regularly in front of the forge, waiting for the blacksmith to change their shoes. With the advent of tractors in the middle of the 20th century, the profession declined, and horses were relegated to a supporting role. In 1950, Joseph-Raoul closed his business and retired.

His wife, Germaine Fulker Pagé, a teacher, was also a memorable figure in the Morin-Heights community. She generously gave her time to charitable organizations such as the Ladies of Sainte-Anne and the Ouvroir de Saint-Eugène, the Catholic parish of Morin-Heights, and the Canadian Legion named her a life member in recognition of her devotion to veterans. But it is undoubtedly the column she wrote in the newspaper l'Écho du Nord de Saint-Jérôme, the "Nouvelles de Morin-Heights", that made her known in the region. For many years, she reported on the community's social, cultural, associative, and sports events.

“Beverly Belle and Grace Gillingham will compete in the Westmount race this weekend.”

“Mr. Peter Whalley, artist-teacher, will spend a month in Toronto at the School of the Arts.”