This house was built by Edgar Boyd (1887-1950) in the 1920s. He opened a ice cream parlour here and converted it into a restaurant a few years later. Strategically located near the busiest intersection, the business attracted tourists and young people from the village who regularly gathered there for a hot dog and a soft drink after a night of dancing at the Commons. 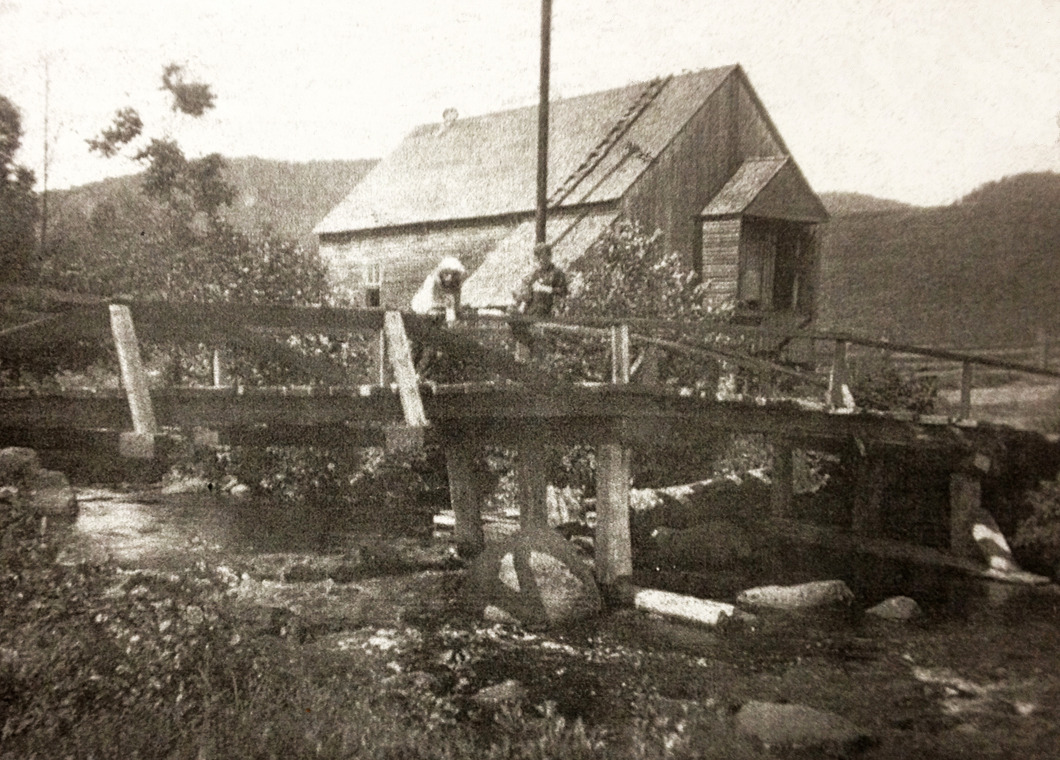 Edgar Boyd's cheese shop in the early 20th centurySource: MHHA archivesEdgar Boyd was born in Brittonville, one of the four hamlets that made up Morin Township. He was already operating a cheese factory there when he married Sarah Jane Dawson in 1915. Six years later, they settled in the center of the village of Morin-Heights. They had four children, Gérald, Olive, Ronald and Léona.

"We moved to the village of Morin-Heights from Mille-Isles in the early 1920s. My father was Edgar Boyd, and my mother was Sarah Jane Dawson. The house we lived in Morin-Heights was called the Goodfellow House (the owner's name), and it was located where the post office is today. My father built an ice cream parlour next door, which much later became a restaurant. My father also had a butter factory on the river. We made butter in Morin-Heights and delivered it by truck to Montreal. We rented the ice cream parlour until we (the children) were old enough to work there. Then we moved in and lived upstairs. At Boyd's, we also had hundreds of pigs and a cow that I alternated milking with my brother Jerry.

"Lorne Brown (1912-2003), then a young student at the village primary school near the Boyd pig farm, recalls some unexpected visitors.

"I used to go to the school located behind the "Café de la rue" on the main street of Morin-Heights. Edgar Boyd had a pigsty across the street, and sometimes the pigs would escape. The school had to close down while they were caught and put back in their pen. It was very noisy and chaotic. Before the pigs, he had a cream and butter factory across from the sawmill." 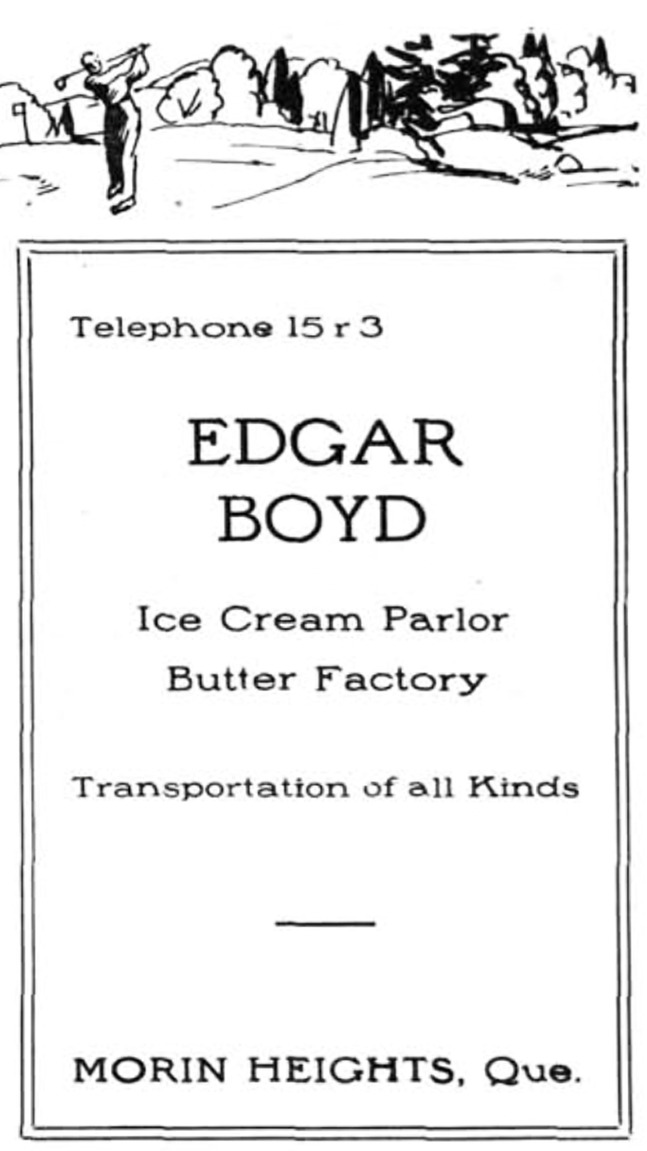 Publicity in the brochure «Laurentians on Parade», 1937
Source: BAnQ

Like many people in Morin-Heights at that time, Edgar Boyd practiced more than one trade at a time. He also had a trucking business and was an auctioneer for 35 years. This did not prevent him from being involved in his community for which he was a municipal councillor, a secretary to the board of directors of the Protestant school and a member of the Laurentian Lodge ski club, founded in 1923, the oldest ski club in North America.