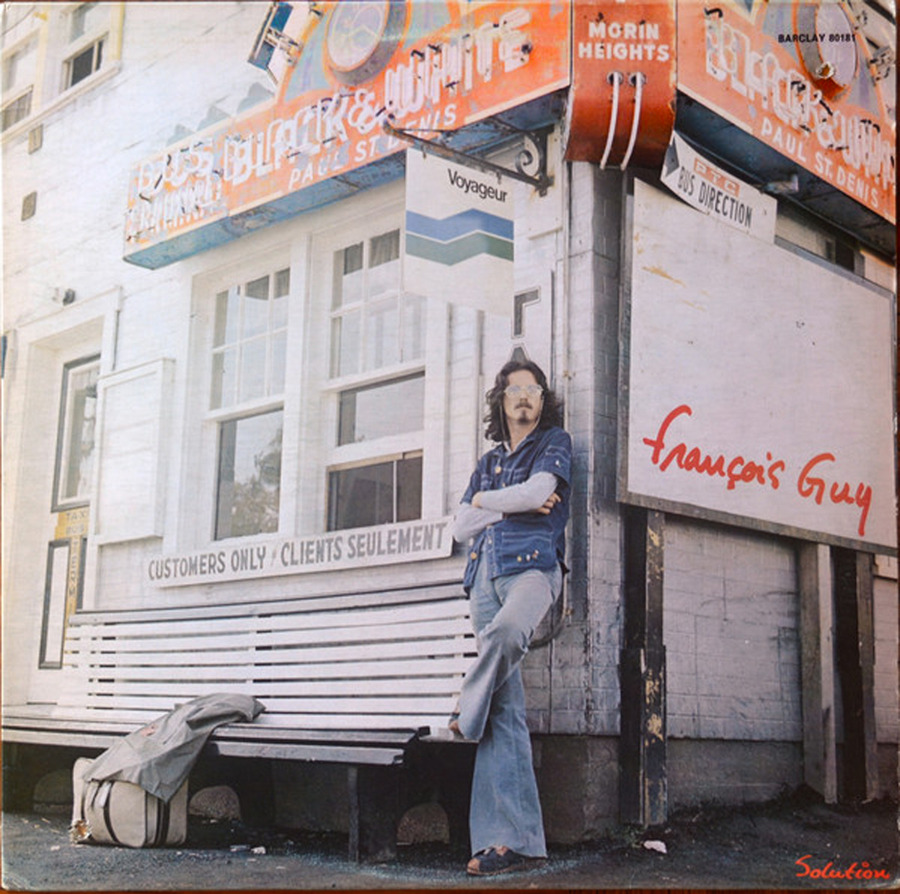 Cover of the self-titled album by François Guy, Quebec singer-songwriter. The photo on the cover was taken under Paul St-Denis taxi sign at 879 Village Road.

This house built in 1935 was the taxi stand of Paul St-Denis' company, "Black and White". In front of the building was the Voyageur bus stop, with several trips per day running between the 1940s and 1970s. At a time when few people owned cars, taxis were very useful for travel to neighbouring municipalities. There were up to 12 taxis in Morin-Heights owned by Paul St-Denis or Allan Kirkpatrick to serve tourists and locals in the high seasons. 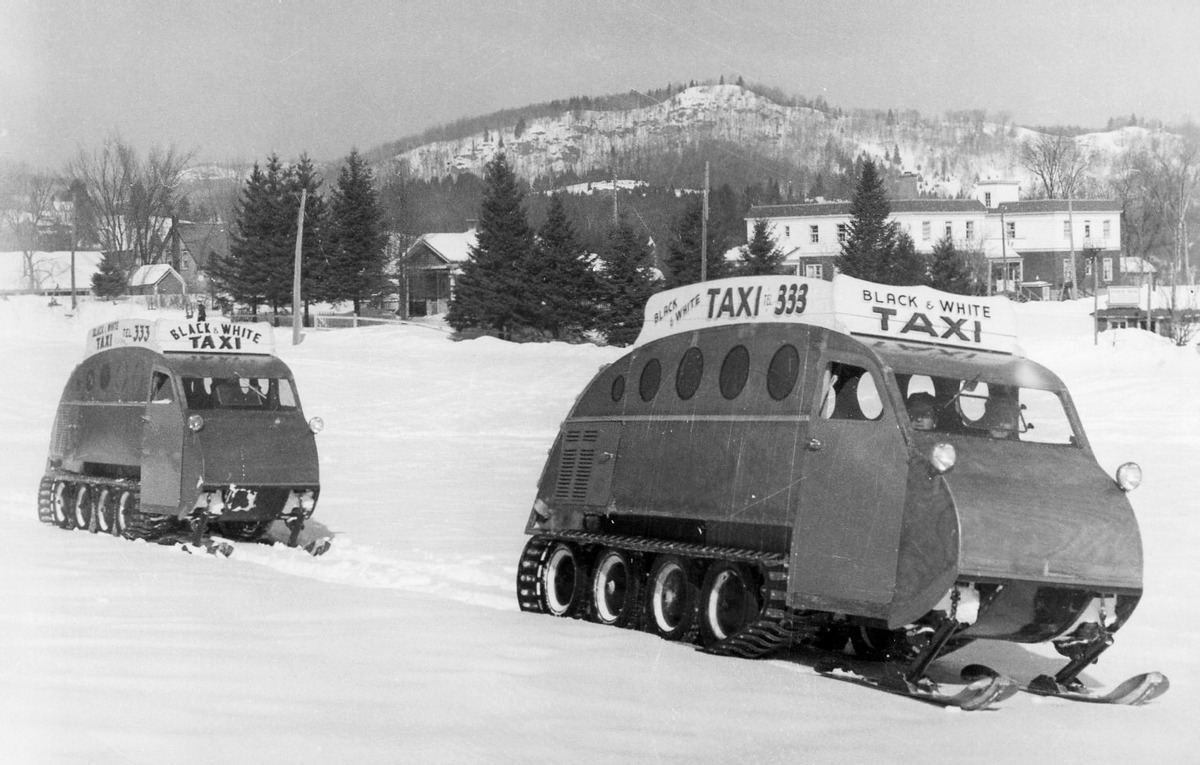 In winter, the roads were sometimes impractical for horses and sleds because of deep snow. The invention of the snowmobile by Joseph-Armand Bombardier in Valcourt and its commercialization at the end of the 1930s revolutionized transportation in difficult winter conditions. Paul St-Denis acquired two snowmobiles in the early 1940s. He could transport up to 12 people per trip and reach the most isolated homes in the region.