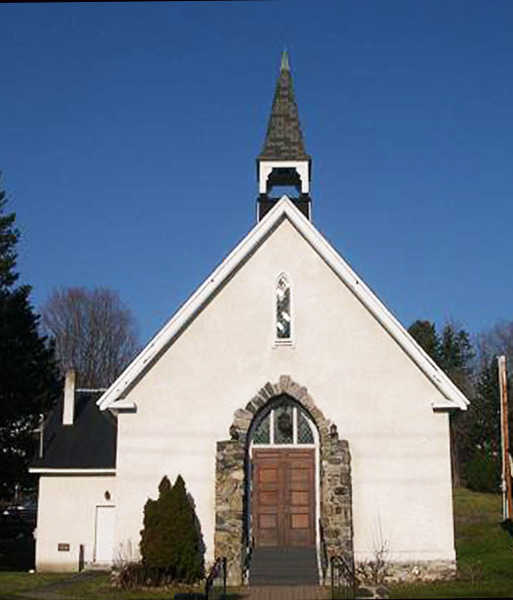 Like the first members of the Seale family who stopped at Echo Lake in 1848, several second-generation households of Irish descent moved to Morin from surrounding areas. The four hamlets in the township were settled fairly quickly, and two churches were established: Trinity Anglican Church in the center of Morin Flats in 1861 and a small Methodist church built in 1866 on Echo Lake Road.

Destroyed by fire in 1880, the Methodist Church was rebuilt in 1882 on its present site. It was again the victim of a conflagration which also destroyed the Laurentian Rest boarding house next door. The church was rebuilt identically in 1930. Since 1925, the different Protestant denominations: Methodist, Presbyterian, Congregational and Evangelical Christian Brethren, have merged to become the United Church of Canada.

A vibrant presence in the community 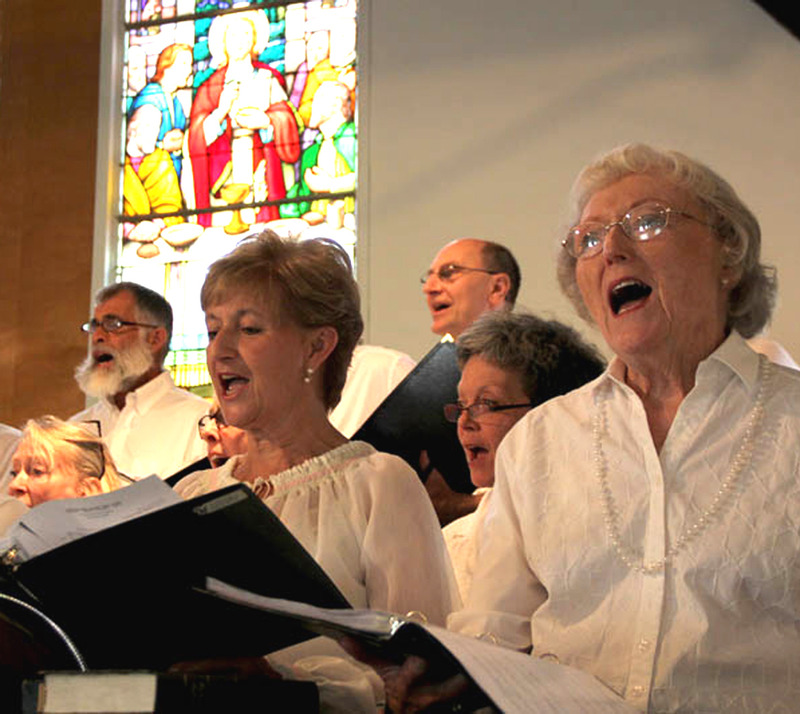 Photo: Joyful NoiseChoir in concert at the United Church in 2016.

Excerpt from a recording made online in the winter 2020.
Director: Ian Lebofsky / Editor: Charlotte Côté-Lebofsky / Produced by the SuperFolk Festival

The three churches in Morin-Heights are more than places of worship; their pastors contribute to the community's health by fostering interactions between citizens and providing important support on multiple aspects of their daily lives.

The United Church supports many social justice causes such as women's equality, LGBTQ rights, refugees and asylum seekers. It is a friendly meeting place where the local Joyful Noise choir can be heard, and Thanksgiving is celebrated annually with a community meal. 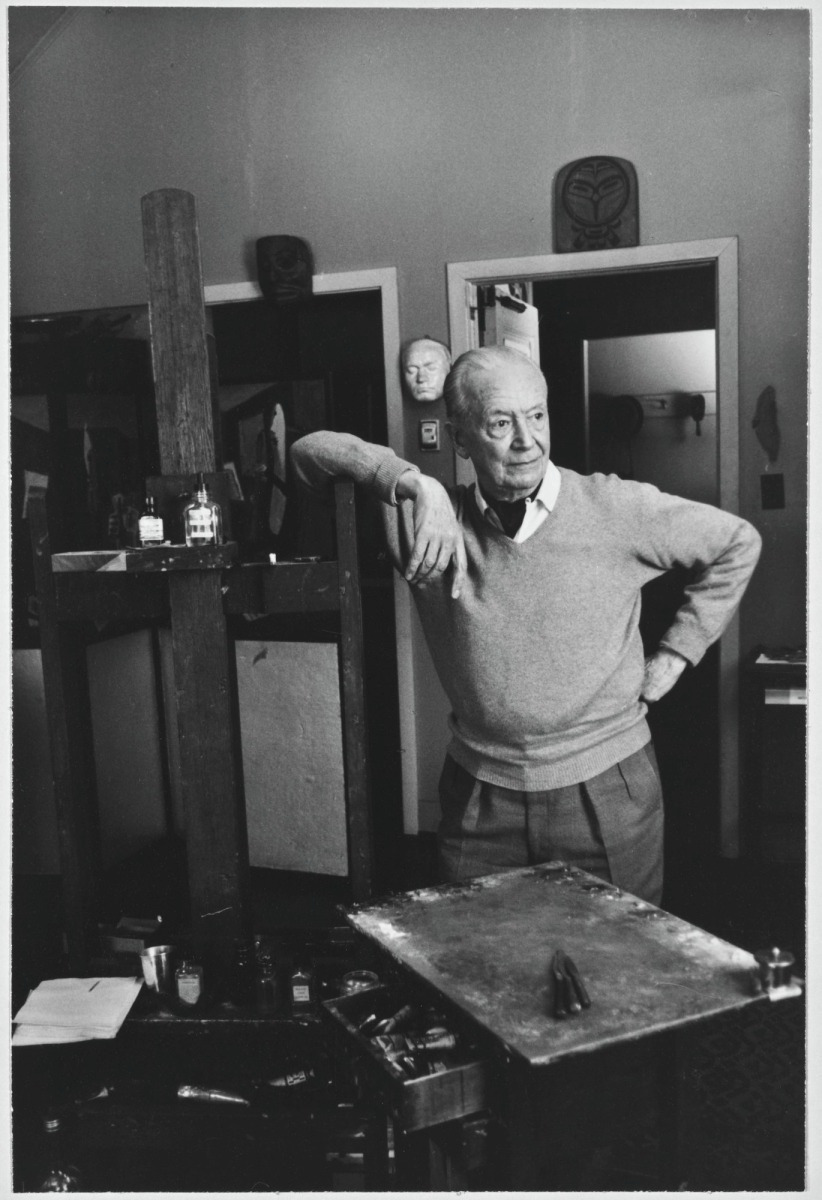 In the early 1960s, a dozen people from the area had the opportunity to take classes with a master painter, Edwin Holgate, a member of the "Beaver Hall Group" and a relative of the "Group of Seven". For several years Holgate taught his students in the church basement on Saturday mornings from 9 to 12. He and his wife, Frances Rittenhouse, lived in Morin-Heights in the 1950s and 1960s and attracted other artists, including Peter Whalley (1921-2007), a Canadian sculptor and illustrator famous for his cartoons in the major daily and weekly newspapers of the times. 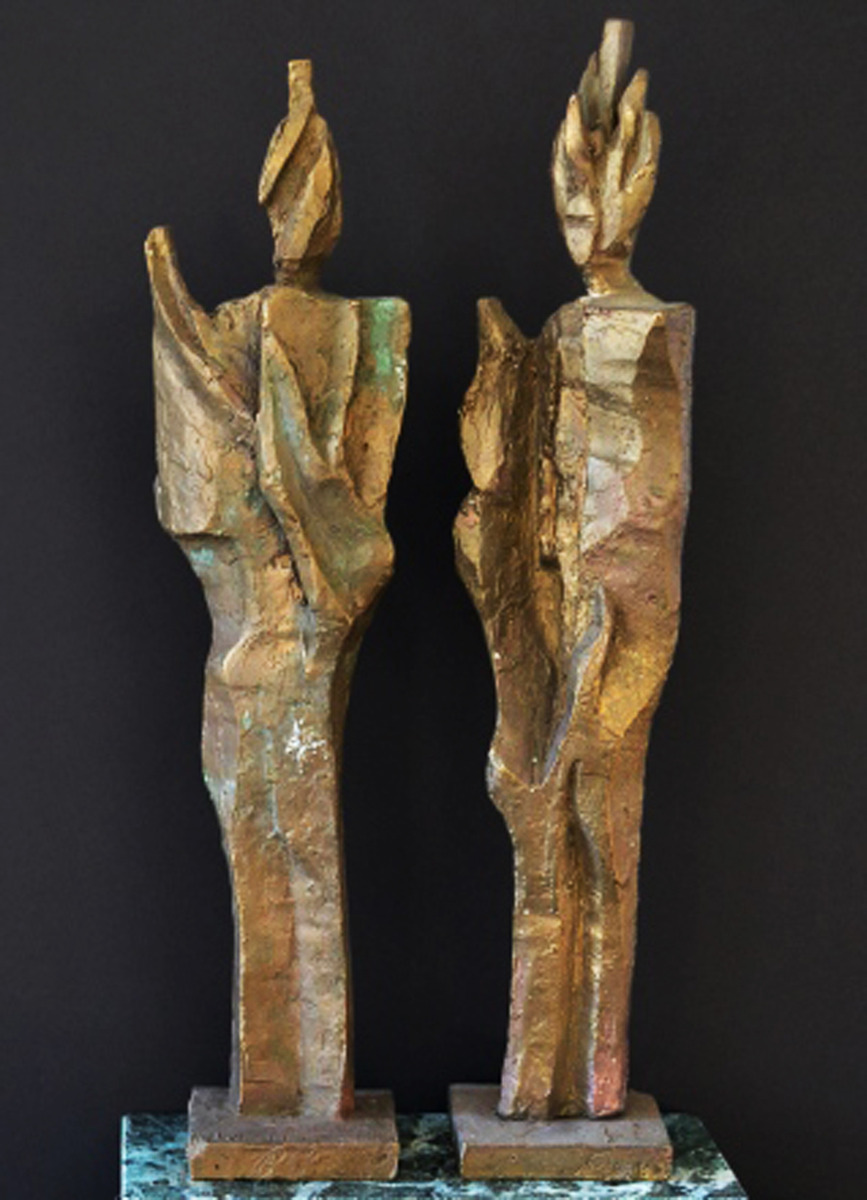 Bronze sculpture of Peter Whalley, King and Queen, circa 2014.