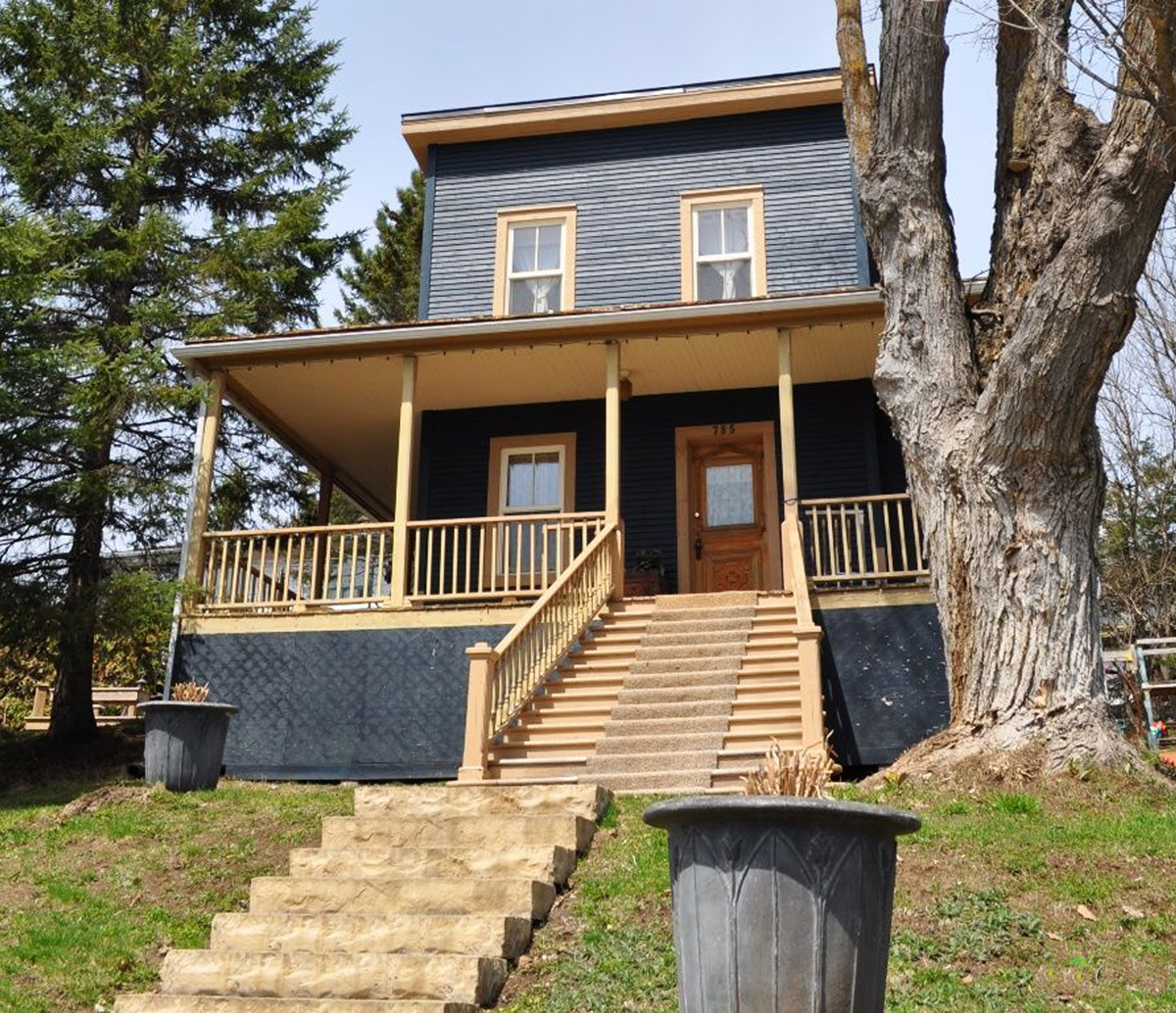 Here we are in front of a house dating from the beginning of the 20th century, built by the Stapleton family, one of the oldest families in Morin Township. John Stapleton (1832-1899) and Elizabeth Newton (1837-1875), both of Irish origin, had a general store in Saint-Sauveur. 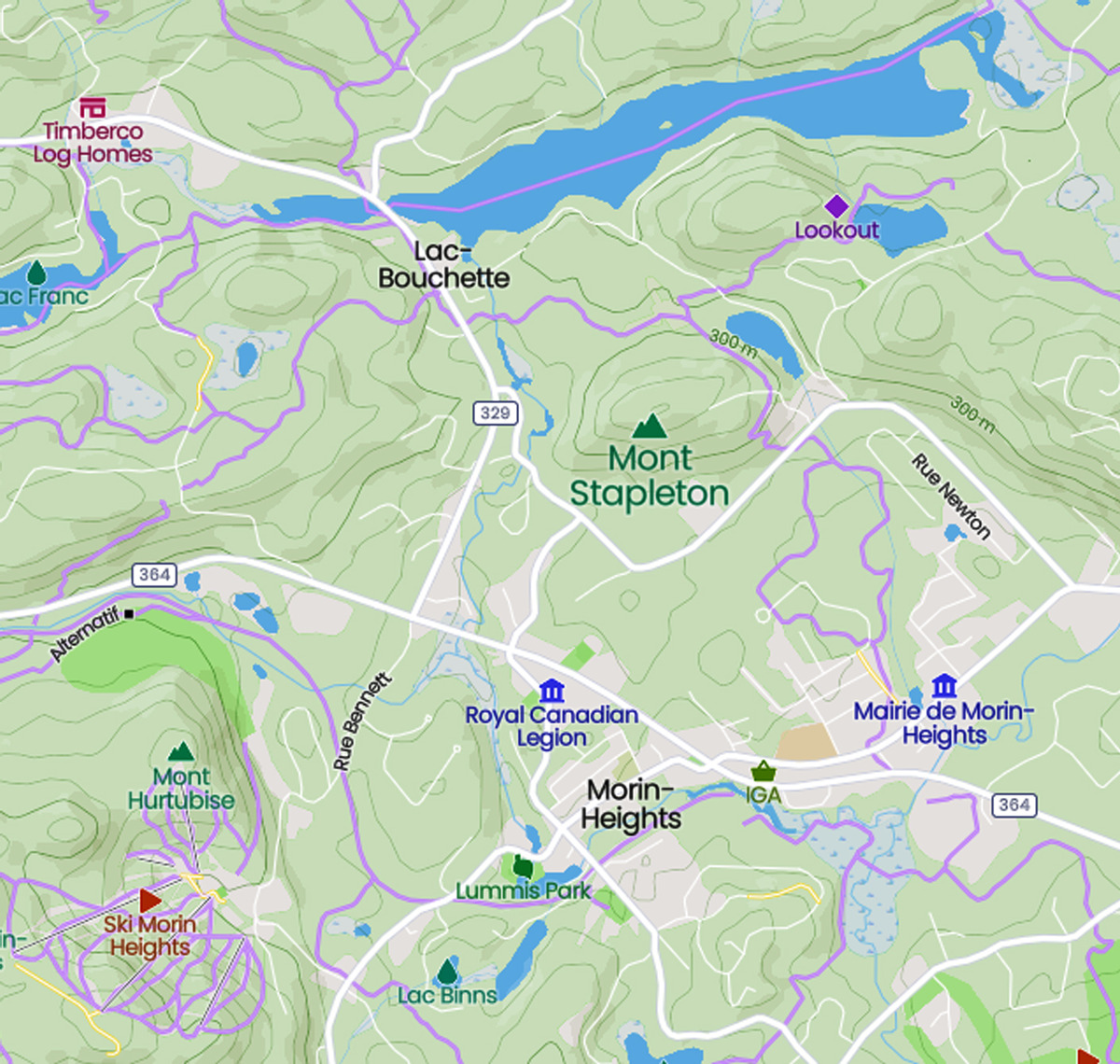 They also owned a farm, and Mount Stapleton (342 meters) near Lac Bouchette was part of their domain. 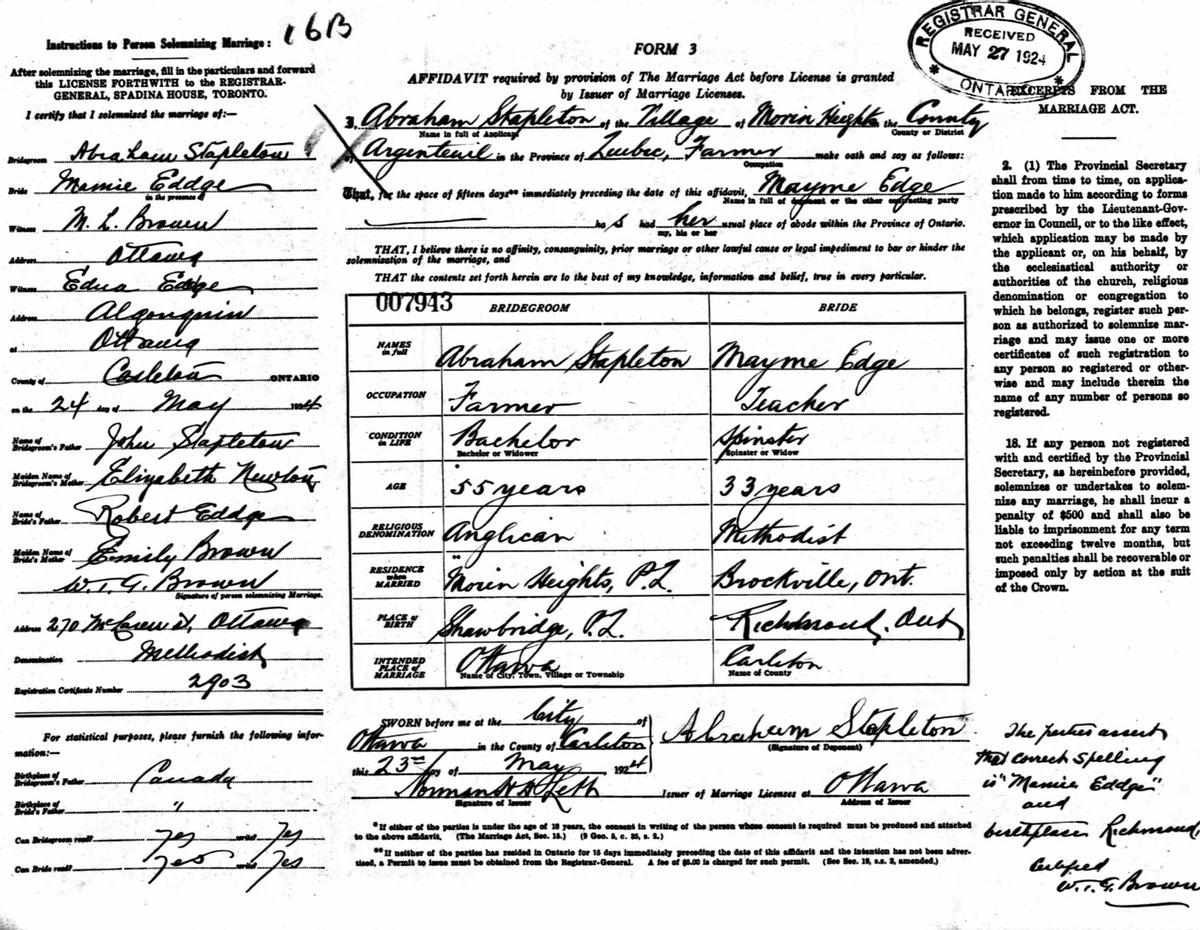 John and Elizabeth had seven children, including Abraham, born in 1869. At the age of 55, Abraham married Mamie Edge in Carlton, Ottawa, a 33-year-old schoolteacher who was also single. The Stapleton-Edge couple owned the largest private water system in Morin-Heights with 90 customers. In 1940, inspectors from the county sanitation unit required Mamie Stapleton to install a chlorine purifier because the water from her source was not potable. The widow opted to sell her system to the Municipality, but the latter waited six years before proceeding. This was at the beginning of World War II, a time that was not conducive to development. 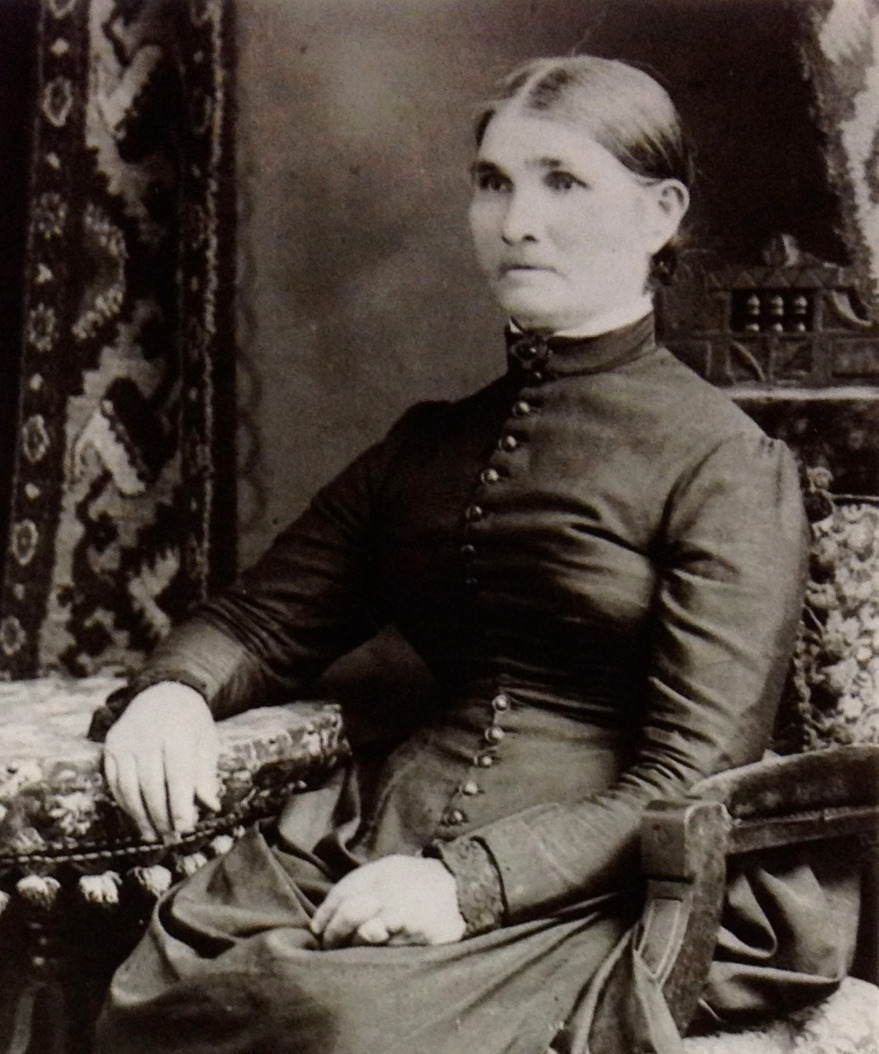 "Mr. Jekill was a man capable of great things; soon after he arrived in Morin, he organized an Orange Lodge, of which he became Master. In 1877 a post office was established in Morin Flats, and Mr. Jekill was appointed Postmaster. He has always taken a keen interest in municipal affairs and for 20 years held the office of Mayor. He also served as secretary-treasurer of the council and school board for a time and as a justice of the peace for several years.

At an early age, he enlisted as a Ranger and, during the Fenian raids, was sergeant of the 3rd Company under Captain McKnight. Upon the latter's death in 1882, Mr. Jekill was promoted to his position and subsequently to the rank of major.

"Excerpt from the book "History of the counties of Argenteuil (Qc) and Prescott (Ont.), from the establishment to the present day. C. Thomas, John Lovell & Son, Montreal, 1896.

The militia of Morin-Heights 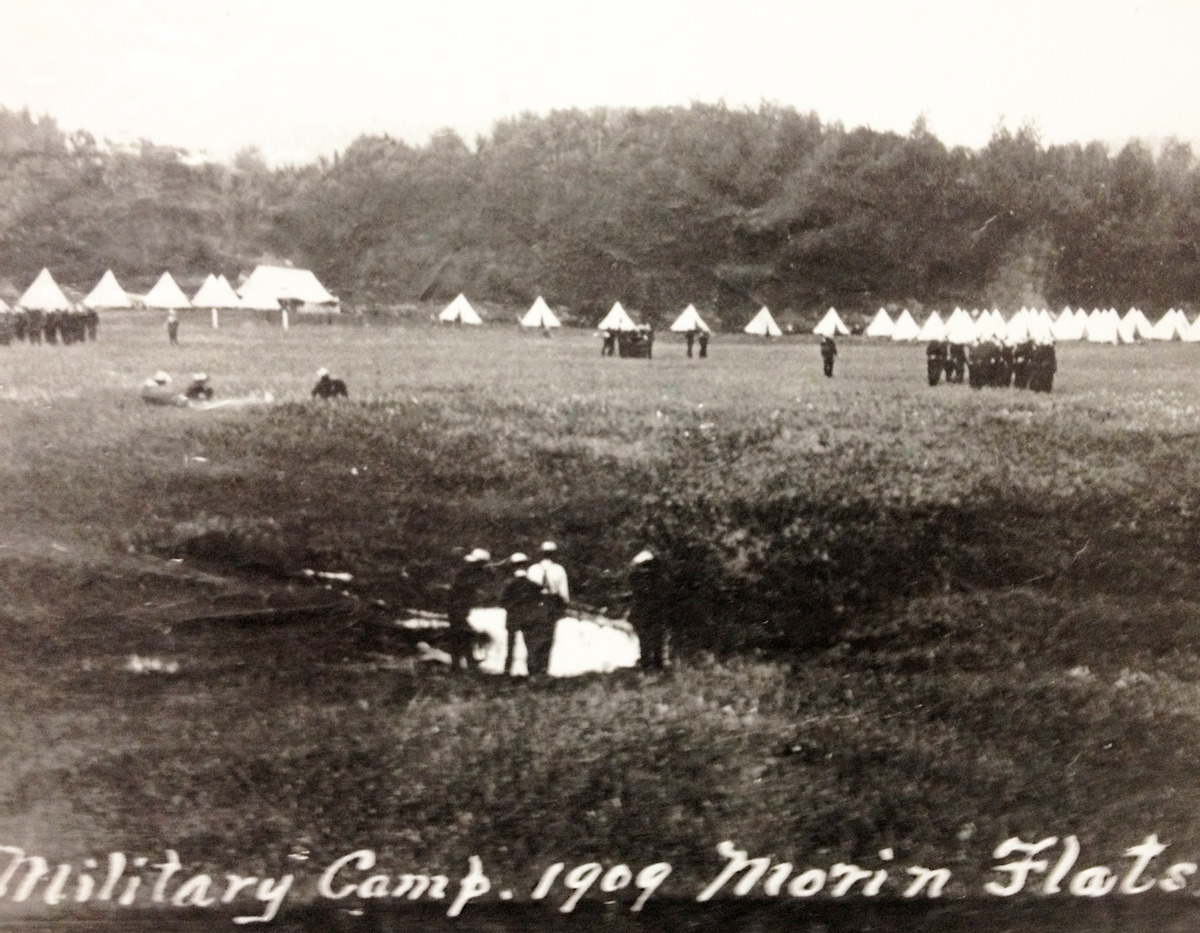 Military camp at Morin Flats in 1909.
The Fenians were members of an Irish independence movement. After the crushing of their revolt by Great Britain in 1865 and the exile of several of their leaders to America, the movement spread to the United States, where the Civil War had just ended. Canada then became the target of the American Fenians. Faced with this threat, more than 10,000 Canadians formed militias in the various townships. The "Argenteuils Rangers" never faced the Fenians, but their ranks were well supplied by those loyal to the British Crown. After failed attacks in the southern St. Lawrence Valley in 1866, 1870 and in Manitoba in 1871, the American army decided to end this movement's intentions by arresting its supporters.

Many men from Morin-Heights joined the Argenteuil Rangers. They met regularly in a field near the Royal Canadian Legion hall where the sword of the last commander of the Morin company, Joseph E. Seale, is displayed. The battalion was disbanded in 1911.