The first church of Morin Flats 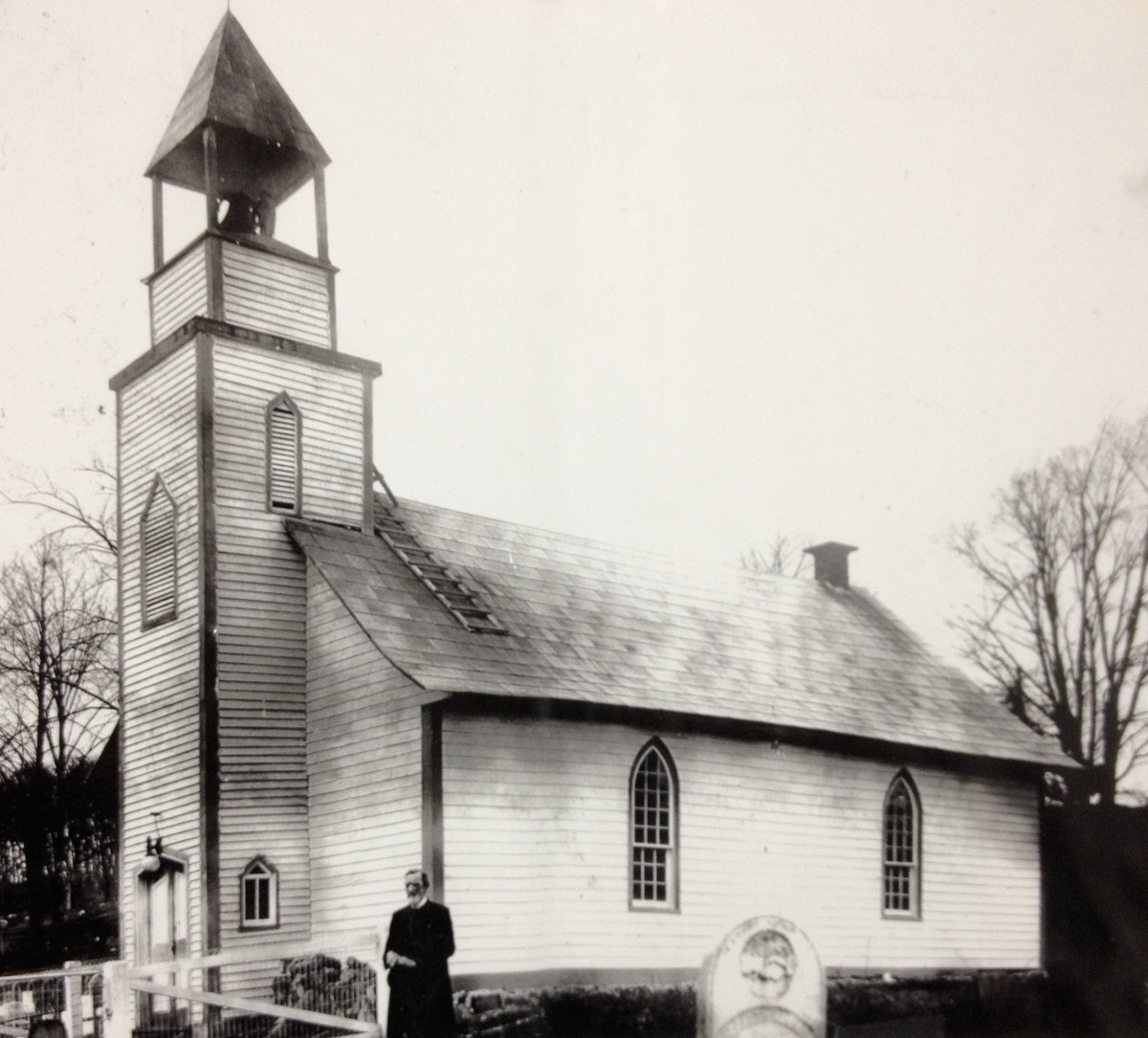 You are in front of the first church of Morin Flats, built in 1861. This Anglican church was enlarged several times in the 1950s. The front section with its spire and the back section are additions to the original central body. Its cemetery is the oldest in Morin-Heights, and many ancestors of the founding families are buried there.

Pastors from father to son 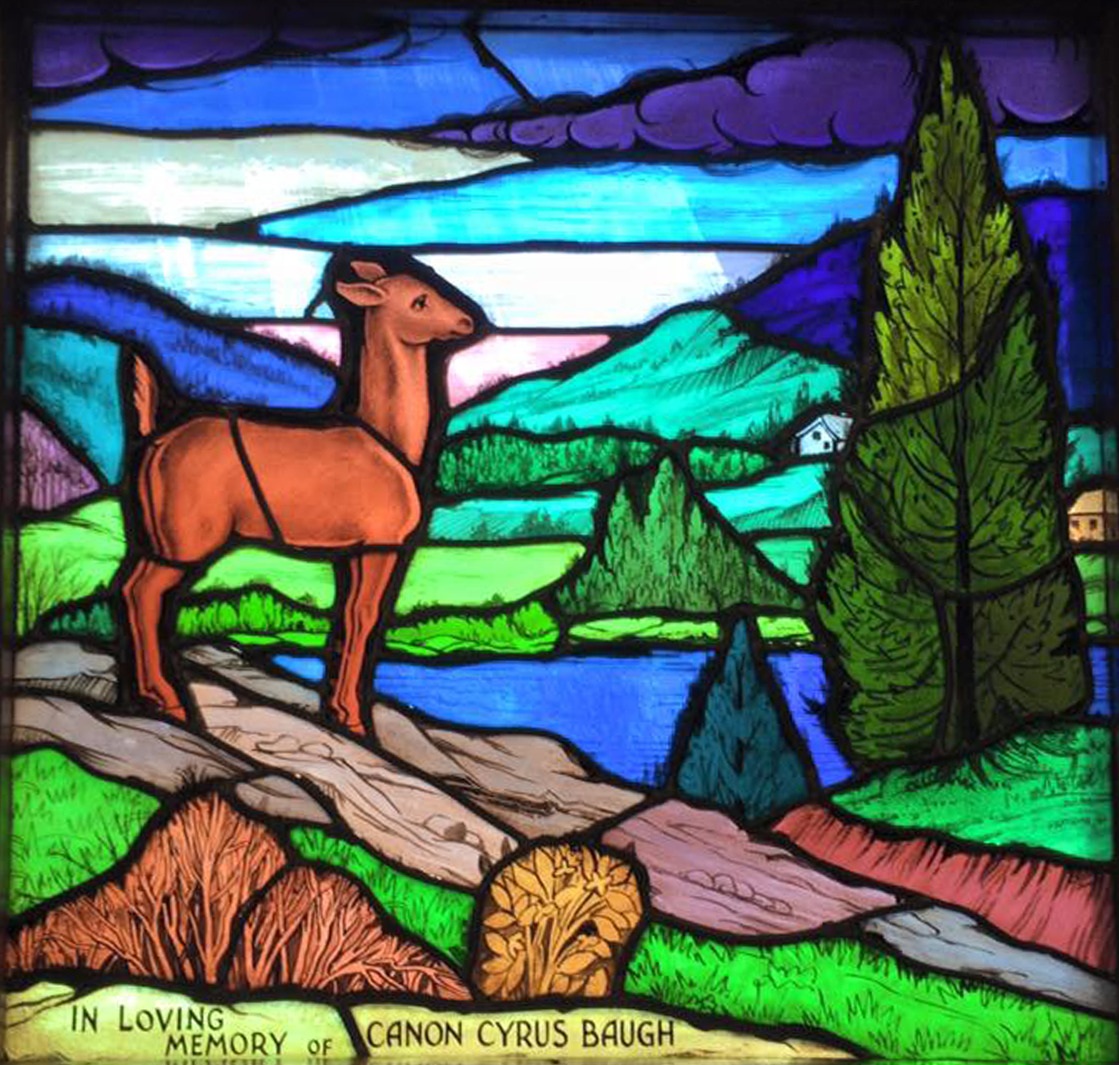 Stained glass window that can be seen in the chapel "St.Francis of the Birds" in Saint-Sauveur.

The memory of Canon Horace Baugh (1916-2007) is inseparable from Trinity Church. Like his father, the Reverend Cyrus Baugh, who served the Laurentians for 65 years until his death in 1976, Horace Baugh was a full-time minister from 1950 until his retirement in 1983. After that, he continued to perform religious ceremonies while remaining available to the community at his office in Morin-Heights, even after blindness afflicted him in 2000. During his lifetime, he celebrated 3000 baptisms, 2000 weddings and 2000 funerals.

All life is precious 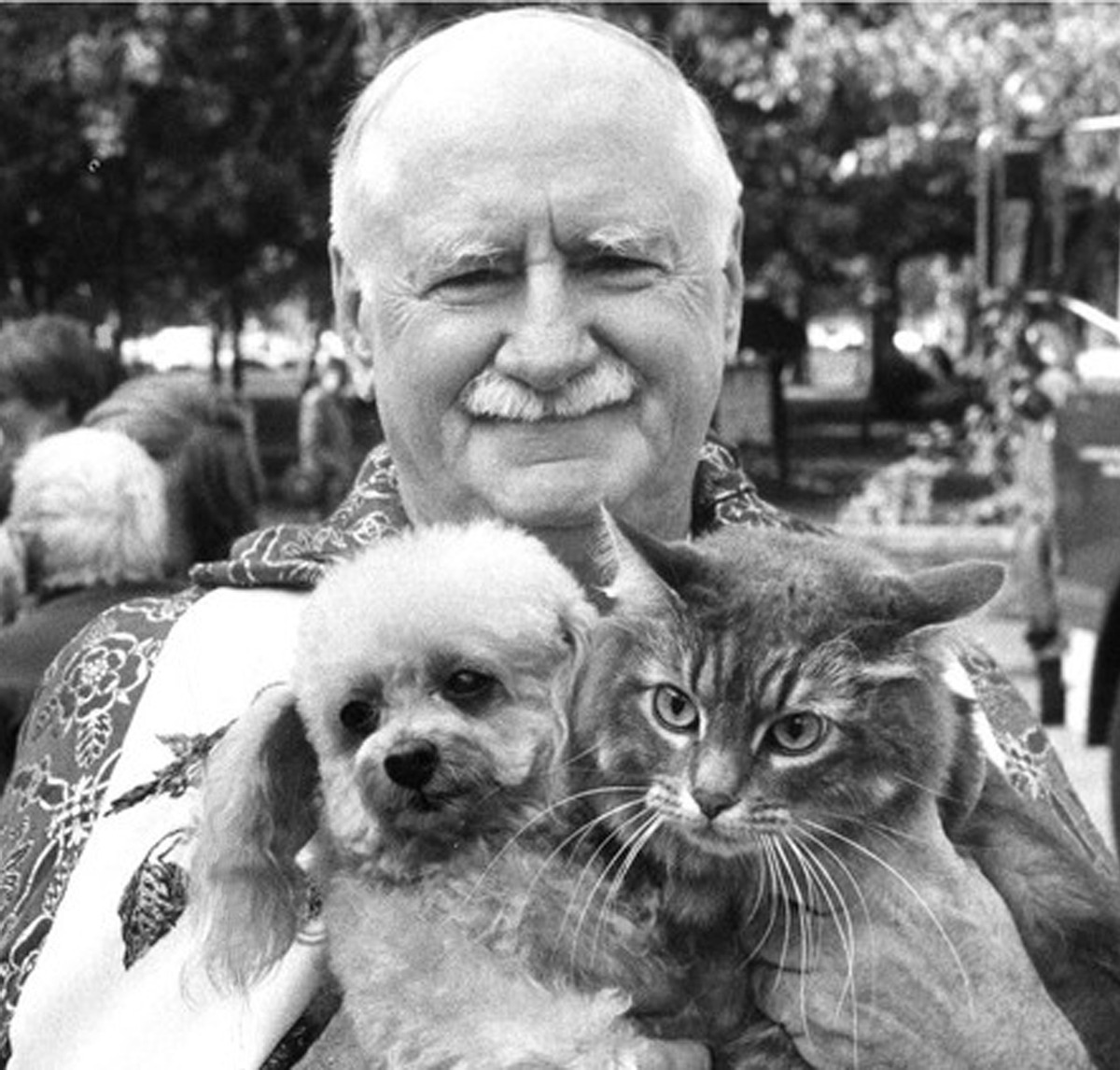 Horace Baugh was an energetic man, a good skier, and his love of nature was instrumental in expressing his faith. In 1991 he was inducted into the Laurentian Ski Museum Hall of Fame for creating the St. Francis of the Birds Ski Chapel in 1951. An avid fan of the sport, he even devised a 40-minute service to accommodate skiers so that they could return to the slopes quickly after mass.He is also known for having instituted the blessing of pets. An annual ceremony that he officiated at Beaver Lake on Mount Royal. According to his calculations, he blessed more than 60,000 pets. 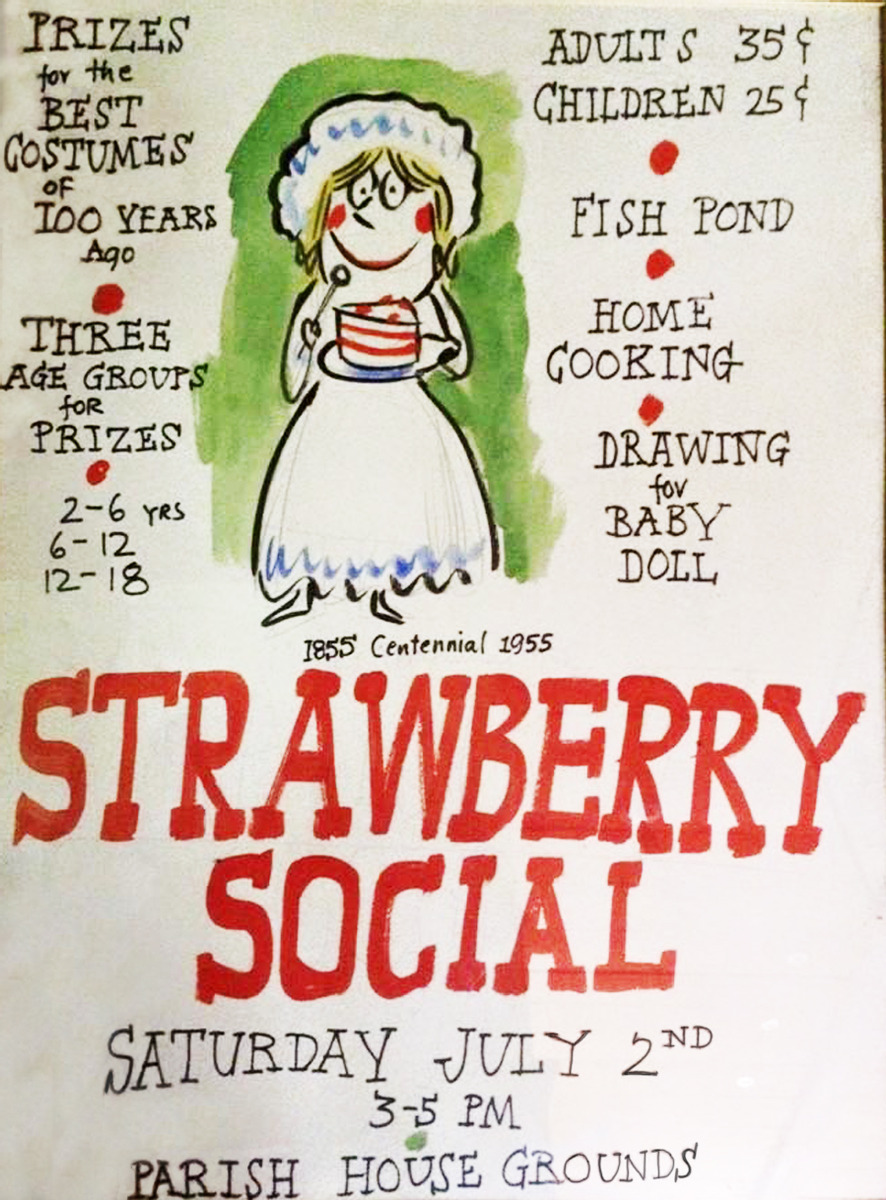 This poster was made for the centennial anniversary of the village 1855-1955.

Bazaars, strawberry socials, yard sales, bake sales, and raffles were all events that helped the church fund Canon Baugh's expansion plans. Even today, the calendar is punctuated by these initiatives that bring the community together in a joyful atmosphere around charitable works. 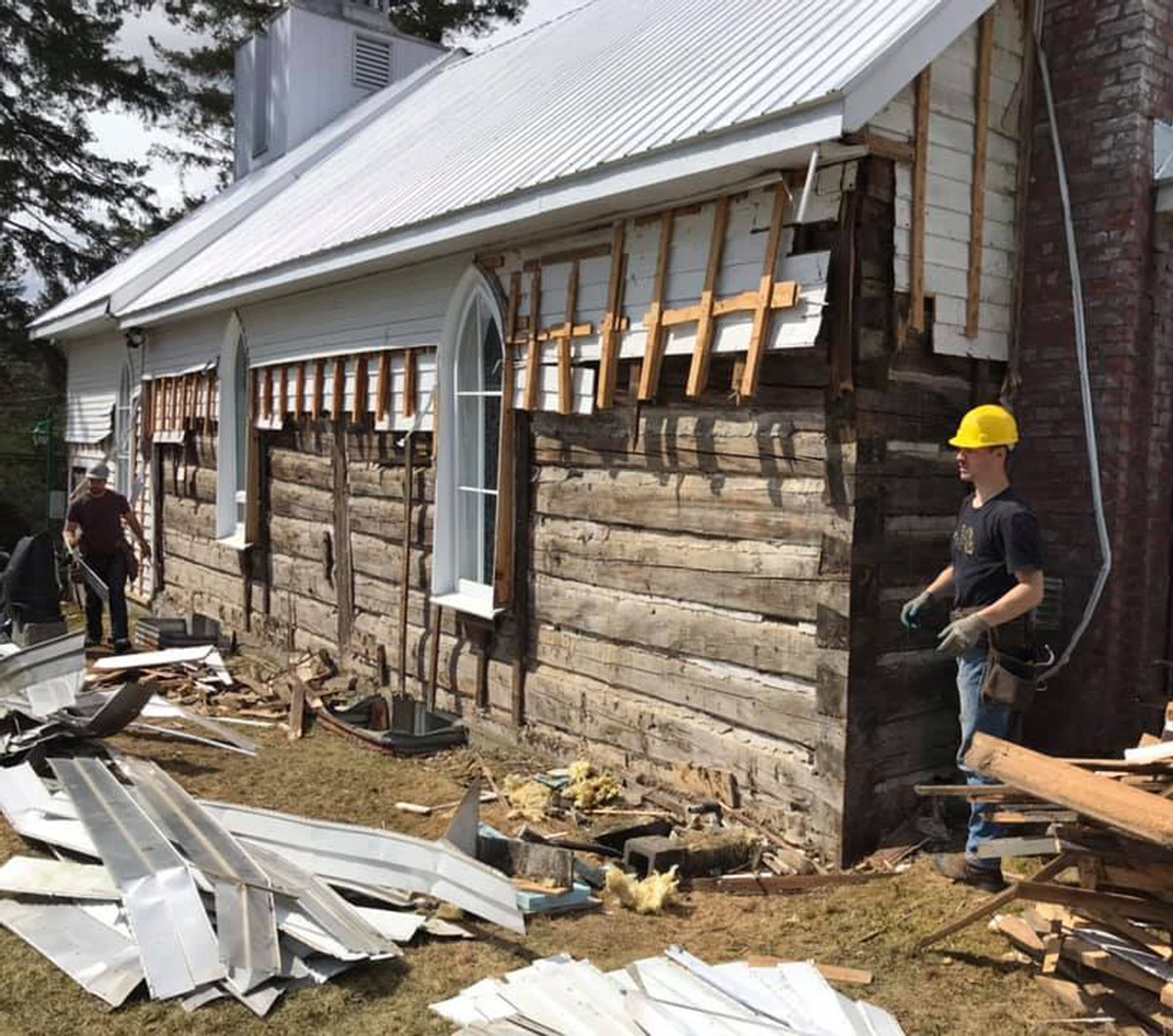 Restoration of Trinity church, May 2019.

During the church's renovation in May 2019, the squared logs of the ancestral building were revealed. 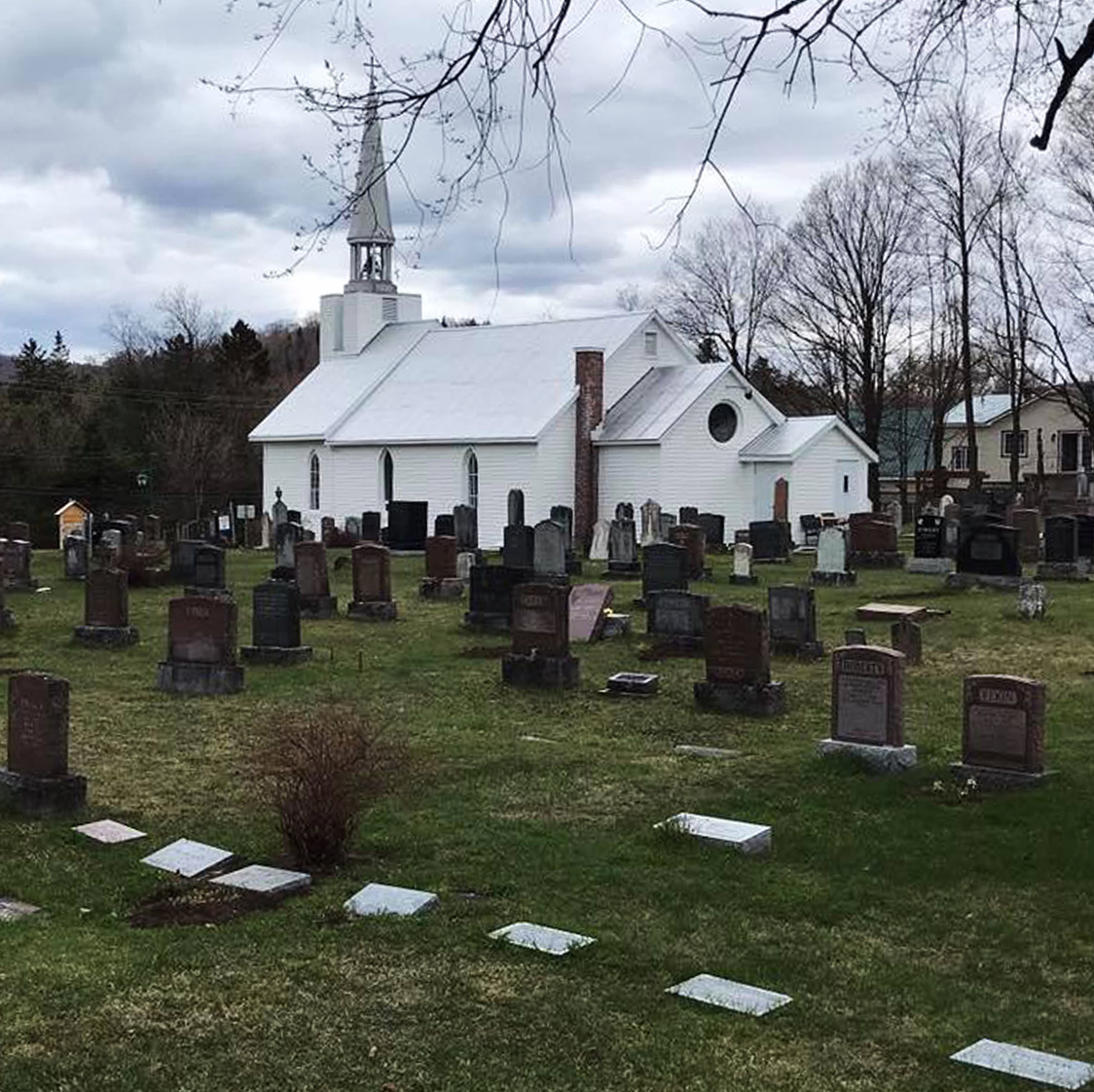 To ensure the thermal insulation, a new clapboard cladding had to cover the original construction.