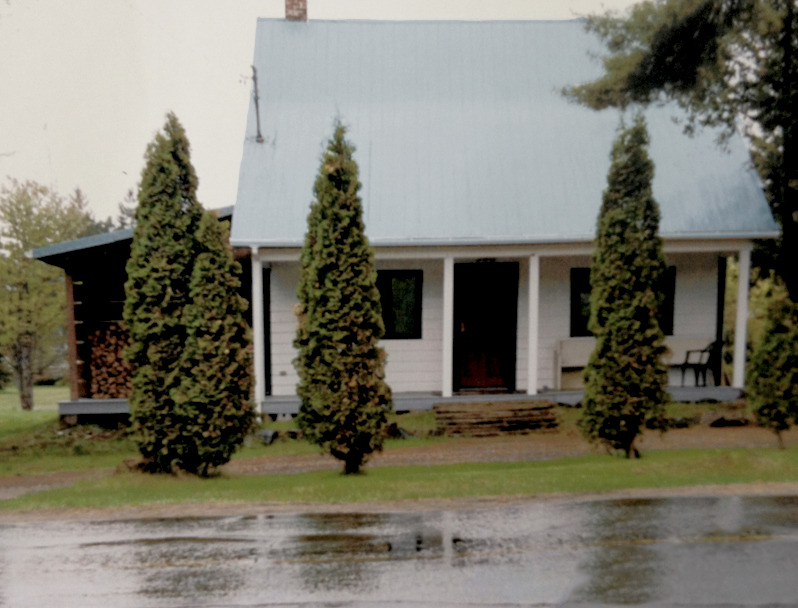 This farmhouse was built by John Newton in 1892. The first farms in Morin naturally settled near the river, where the land was a little flatter, hence the village's first name, Morin Flats.

John Newton learned the blacksmith trade in Lachute. He married Isabella Kidd in 1855, and they moved to Morin, where he had acquired a 500-acre parcel of land for his 30 or so dairy cows. He erected grain mills in the 1860s as settlers attempted to farm the less fertile Laurentian lands. He lived in Morin Flats for 18 years, during which time he was a councillor, magistrate, school trustee, and even mayor.

The house also belonged to the Morrow and Campbell families and was inhabited for a long time by the Nesbitt family. The Nesbitt family has been involved in the development of cross-country skiing and the preservation of the municipality's heritage.