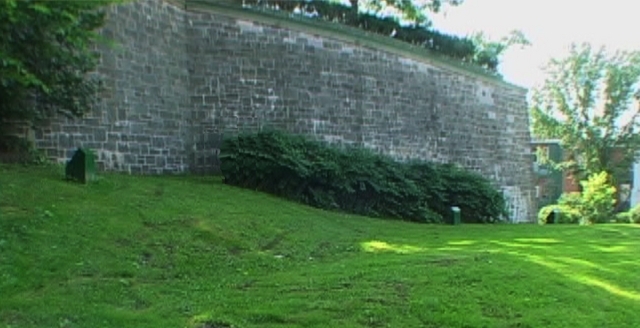 The parc Cavalier-du-Moulin rampart is Quebec City’s oldest fortification wall that still exists. It lost its military function when the Citadelle de Quebec was created. There is a little park owned by the Commission de la capitale nationale du Québec on top of the rampart. In 1663, there was a mill that belonged to a well-known cavalier, that’s where the name Cavalier-du-Moulin comes from.

The Ramparts of Québec