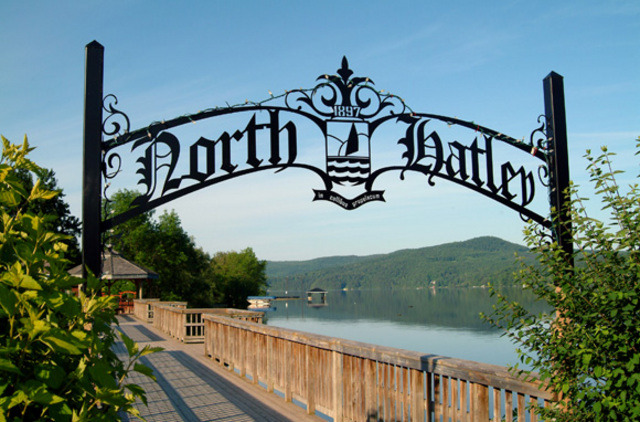 Located at the outlet of Lake Massawippi, “lake of deep waters,” North Hatley was originally called the Outlet. It was first populated by the Abenakis, who hunted, fished, and held their ceremonies along the St. Francis River.

In 1792, Ebenezer Hovey, captain of the militia in Conneticut, and Henry Cull submitted their request to the British Cown to obtain a concession of lands, which they received on March 25, 1803. North Hatley was fouded in 1897 at the northern tip of Lake Massawippi. Like its neighbouring village of Hatley, North Hatley grew thanks to the effort of immigrants gathered under the Company of Associates, whose goal was to obtain concessions in Lower Canada. In 1880, the construction of a rail line consolidated the village reputation as a resort, to the point that between 1902 and 1909, it reached a record number of tourists.

Tourist office North Hatley (300, rue Mill, North Hatley, 819 842-1018, www.tourisme-memphremagog.com): The North Hatley region and Lake Massawippi offer many activities for the family whether on foot, to discover the beautiful properties that line the picturesque streets of the village or whether on bike on the Route Verte #1 bike path. All of this located in the enchanting village of North Hatley. Open hours : Usually from June through September, daily from 10 to 7; October through May, daily from 9 to 5.